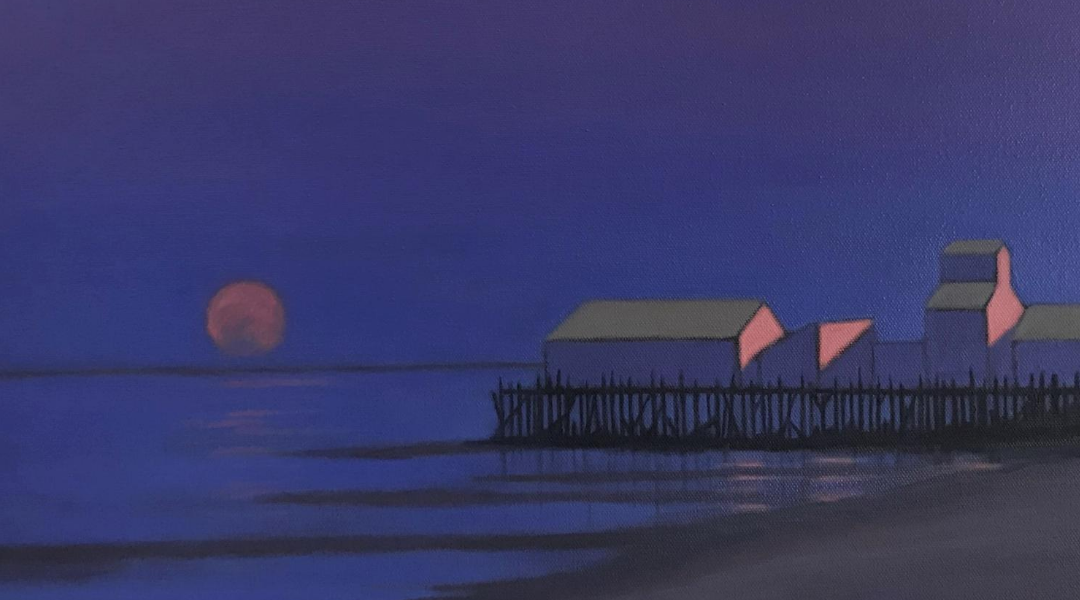 It’s the height of the season and, like the profusion of tomatoes and dahlias filling our gardens, the offerings in the galleries are abundant and infinitely rewarding. Here are a few works that give you a taste of the amazing range of art in all media that’s currently on view around town. 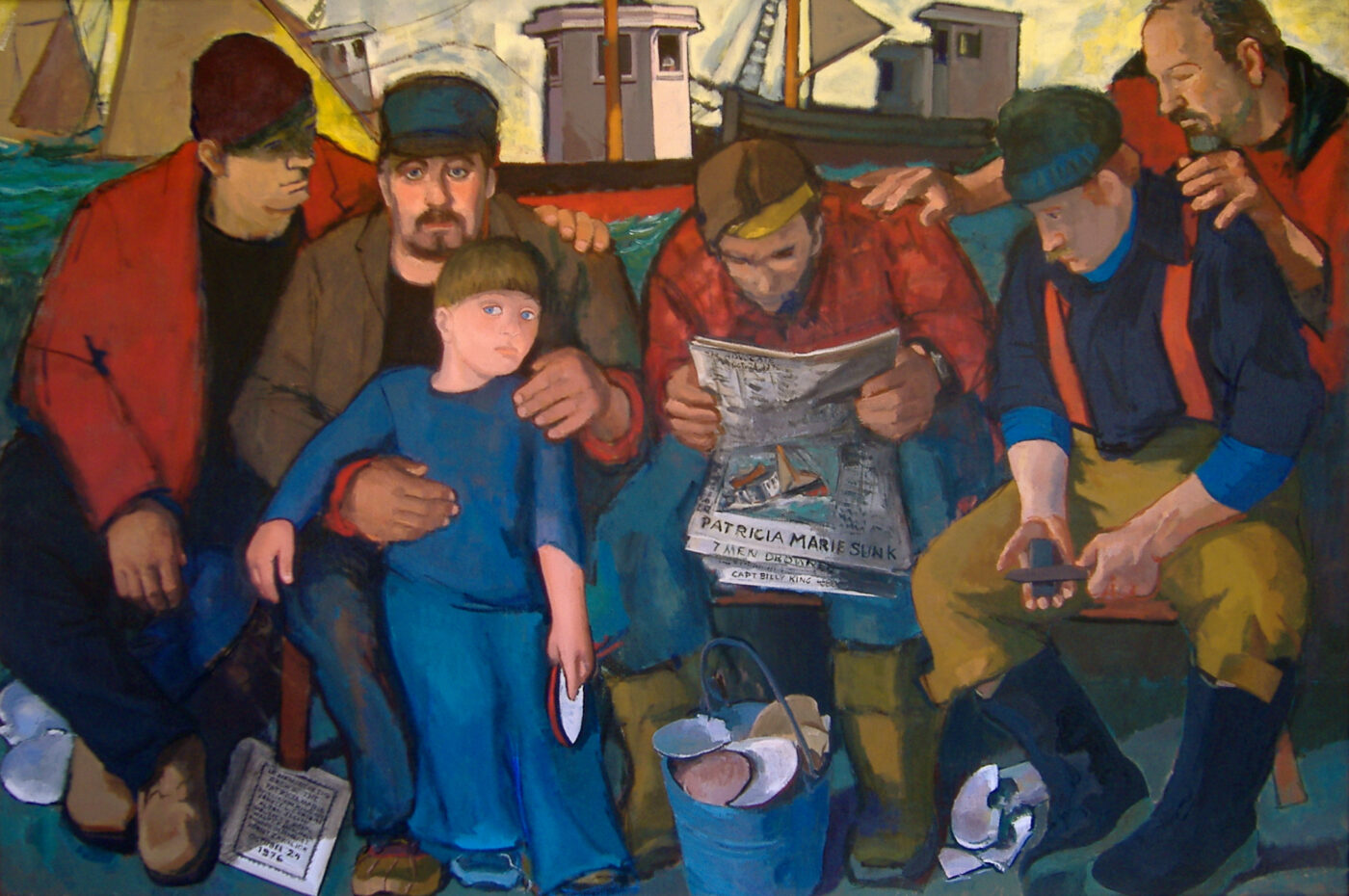 We’ll start with a living legend. Salvatore “Sal” Del Deo, now in his 90s and still painting, came to Provincetown in 1946 and has been tightly woven into the community fabric ever since. His Homage to the Patricia Marie commemorates the Provincetown scalloper that was lost at sea with its crew of seven in 1976. Here we see the morning after the tragedy. The grief is palpable, expressed in the slumped forms of the men and the haunted eyes of the boy. This painting is monumental in scale and the figures have an iconic character, though each is a local fisherman or family member of the crew. This is one for the ages – powerful, quintessentially Provincetown, and a must-see while it’s on view this summer. 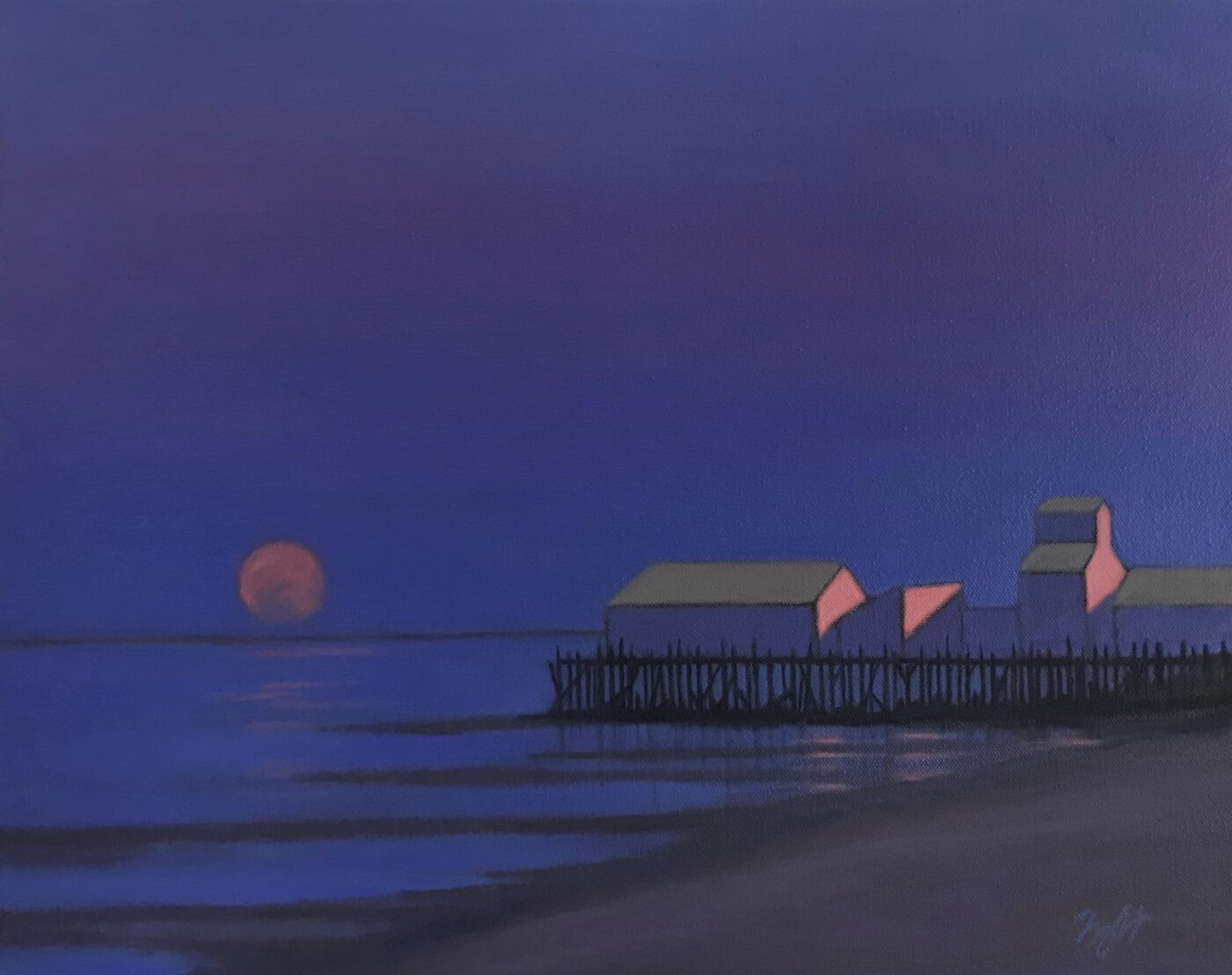 Nearly every artist who has landed in Provincetown has tried to capture the magical light of the place and taken a stab at depicting one of the town’s piers. This painting is striking for its elegant simplicity and restraint. The palate has been reduced to a few key hues, and the buildings of the pier have been distilled to their geometric essences. A few quick strokes perfectly capture the glint of light on the water from the setting sun and the rising moon. Here we have a sophisticated take on a familiar and cherished setting, one that rewards looking and looking again. 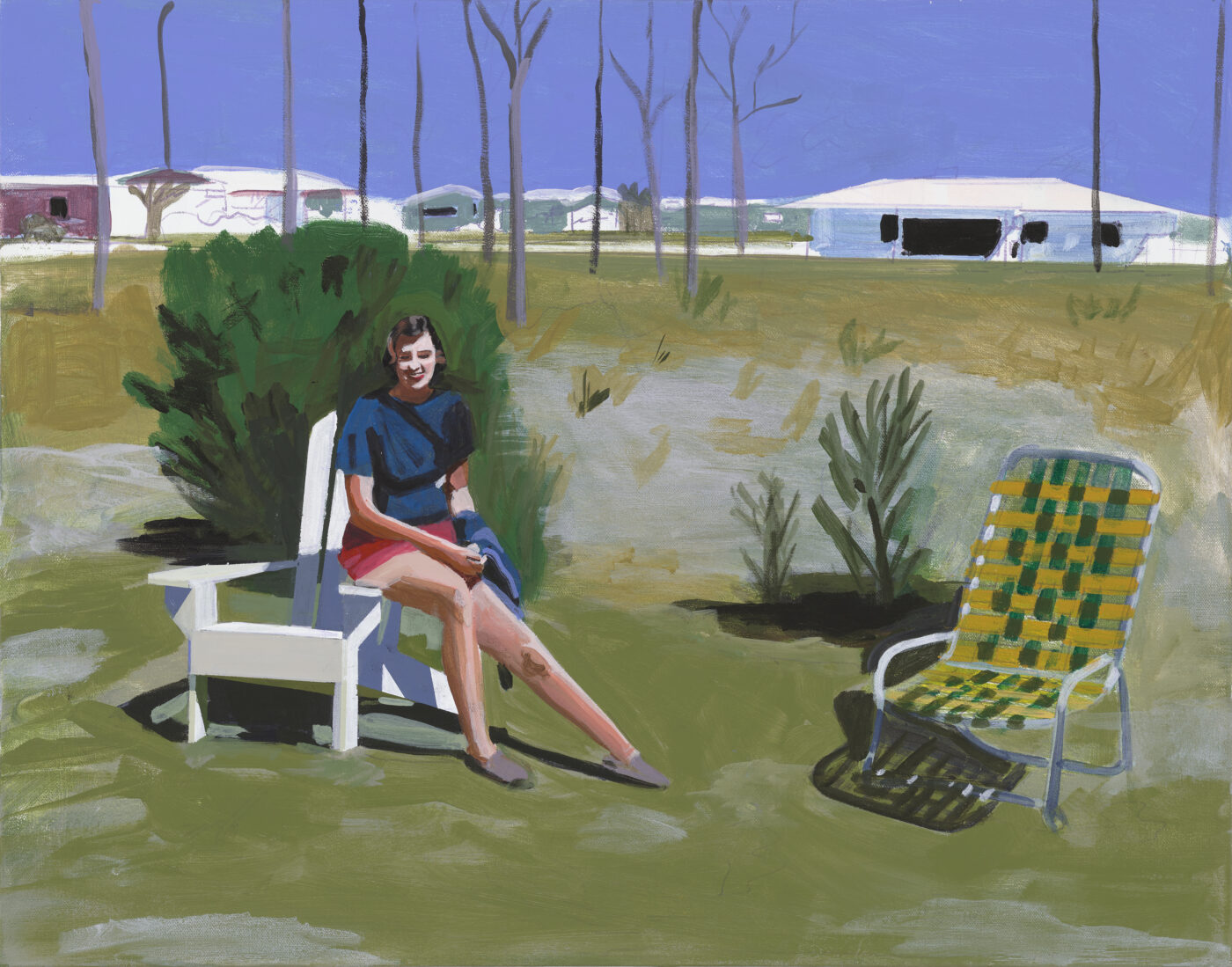 Knowing when a painting is finished is one of an artist’s greatest challenges. There’s always the temptation to work and re-work until it’s “perfect.” But then sometimes you lose the magic along the way. In this painting the artist has beautifully captured the blazing Florida sun, and her painterly style and strong composition give the work great appeal. But the magic is in the way she has resisted “finishing” the landscape. Just as the world around us dissolves and shimmers in brilliant sunshine, so here the world around the figure is only sketched in and is far more powerful than if it had been rendered in minute detail. 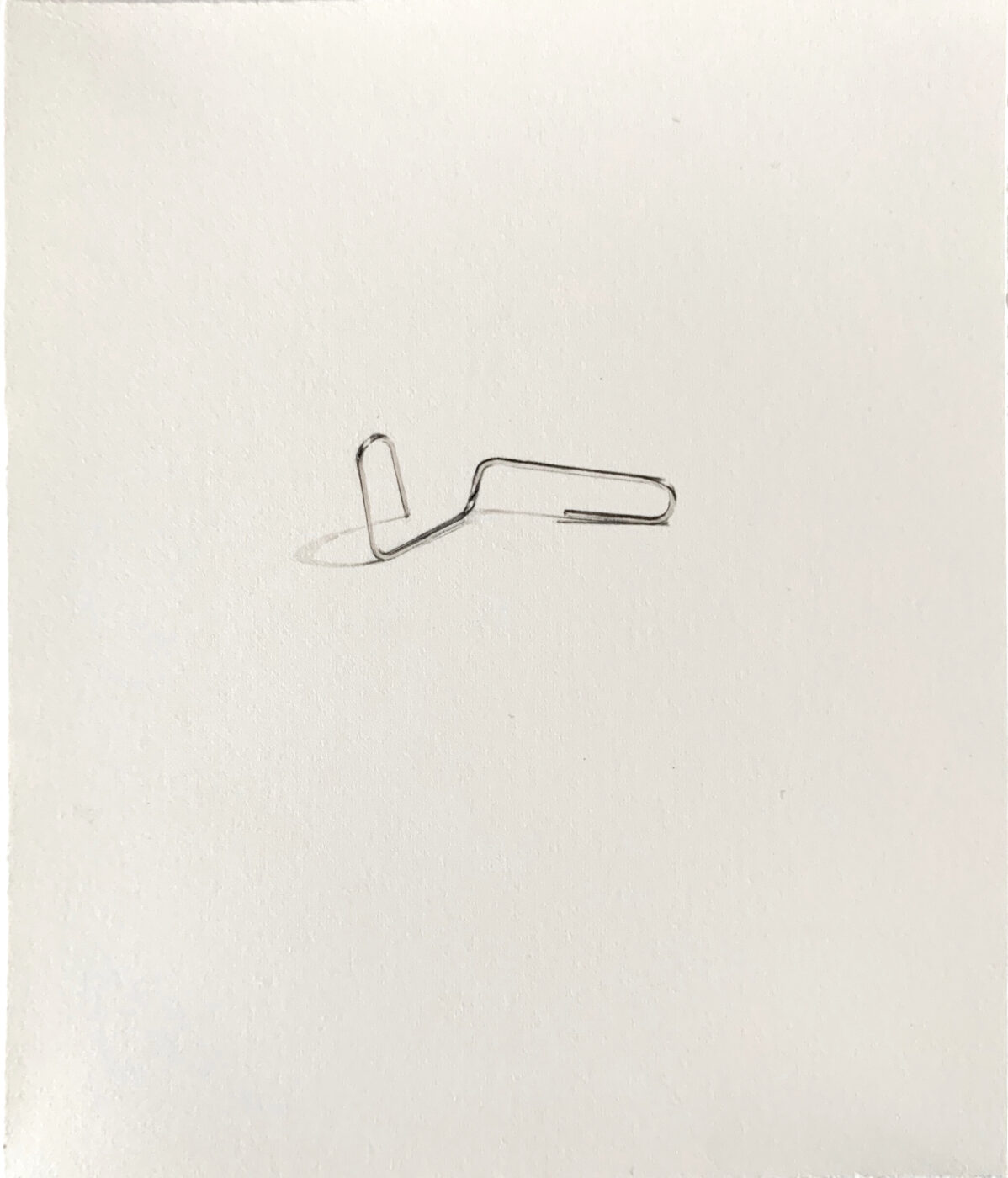 And now for something completely different: a paperclip.  When you walk into Room 68, Ptown’s contemporary design hub, you’ll see a grouping of frames that almost look like they’re empty.

As you get closer you see a squiggle on each page. Closer still each squiggle is revealed as the most exquisite rendering of a paperclip you’ll ever see in your life. I stared long and hard, and then I stared some more but I still can’t imagine how Dan Golden created these tiny masterpieces. And in watercolor no less! To add to the fun, each is a kind of portrait. The artist gave paperclips to friends and asked them to manipulate them and when he got them back he was struck by how much each form reflected its creator.

George Rogers is an artist and ceramicist.  After a career in museums including the MFA in Boston and the Smithsonian, he and his husband moved to Provincetown full time three years ago.