Why Cirque du Soleil will NOT be coming to Provincetown? 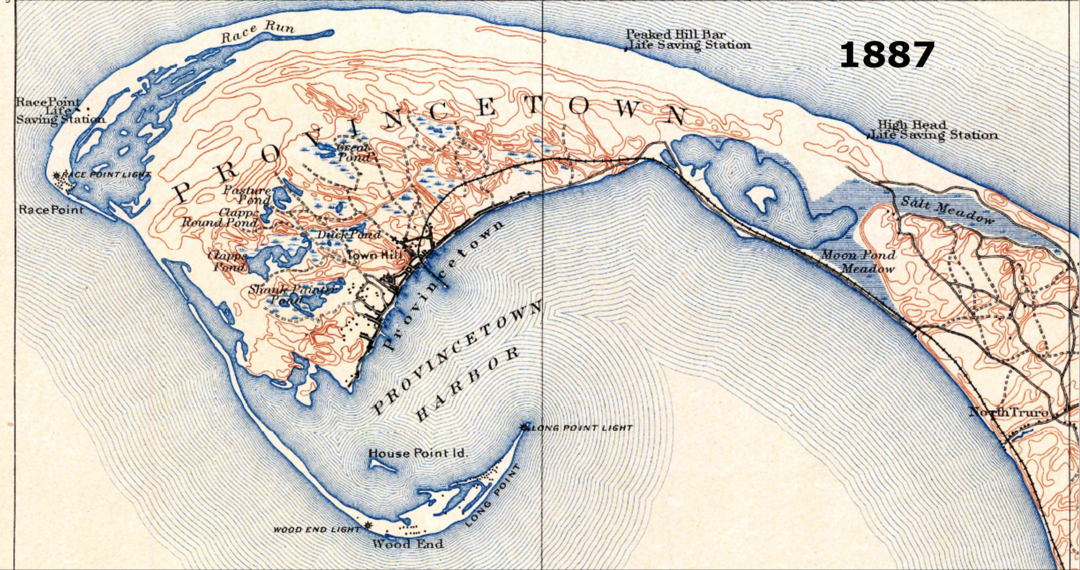 Please see below letter from Eric Martin concerning Cirque du Soleil. A small group of people stop Cirque du Soleil at the very end of planning. Some would say this is a good thing that needed to be done. Some will say this just ended possibly the best thing to happen to Provincetown in recent history. The performing group from Montreal was creating a custom show for Motta Field in Provincetown (with no tent) based on the story of the Pilgrims landing in Provincetown for the 400th Anniversary marking of the event.

On so many levels, I still can’t believe I’m writing this today.
It is with much sadness and many a clear discussion over the past few days that after the sharing of a text to the Provincetown Independent via a Provincetown Select Person, resulting in an erroneous front page article being printed leading to inciting a “riot”, I would regretfully like to inform everyone that the discussions 66DaysLLC were having with Cirque du Soleil Events + Experiences for a potential collaboration during the Provincetown 400 celebrations have ended.

I have been a local year round resident for 30 years and my company 66DaysLLC’s major priority was to leave the community in a better place than when we started. This became a major reason for pursuing this endeavor with such honest and integral passion alongside a global company of the same mindset to create the show.

The exhaustive feasibility study was being wrapped up according to standard event production practices, and was to be released in a week for public discussion. The apprehension from seeing such town conflict based on erroneous facts, dumfounded us. We were dubbed as shady and manipulative all the time knowing the public release was a mere one week from happening.

The public outcry was too much for us, and sponsors alike. We wholeheartedly knew we were operating with good business conscience and had invested incredible amounts of money and time in order to take the project to the next level yet the scant information conveyed to the public incited protest and outrage.

Cirque du Soleil receives 3,000 requests a year to produce customized shows, of which they only accept twelve worldwide. I was delighted Cirque decided the opportunity in Provincetown was worth pursuing, and 66DaysLLC took it to the next stages of discussion and regulatory processes in Provincetown. Cirque du Soleil was simply a sub-contractor, not involved in any way shape or form with town process, negotiation, or planning. Cirque du Soleil is the most caring and professional company I have ever had the honor of hiring.

For the past eight months we have been researching, gathering, and culling as much information as possible to explore the possibility of bringing this amazing collaboration to Cape Cod. We have gone through this process with appropriate care and thoughtfulness, making sure all needed information and logistics were in place before making any kind of announcement about the venture. It is standard procedure to gather the information needed to answer questions before bringing it to the public’s awareness. I assure you there was no covert or hidden operation with this process.

What saddens me the most about the short-sighted opinions brought to light by the media is not being able to leave a Legacy Package. The Legacy Package we created was poised to raise between one and 1.5 million dollars, all of which was earmarked as donation to various non profit organizations. In addition, to being recognized across the globe on the Cirque du Soleil website, and the vast reach of the 400th celebration from here to England, the endeavor would have added the following:

· Much needed infrastructure upgrades to Motta Field, Pilgrim Monument and Seashore Point, including re-sodding all of Motta Field, and resurfacing and renovating the tennis courts.

· Creation of summer programs for local kids in partnership with Cirque.

· Integration of local talent into the storyline including cross promotion to encourage attendees to see other shows.

· Hyperlinks to all Lower Cape events and shows into the ticket sales website, marketing, and onsite programming. The goal was always to have visitors who may have never come to town venture out to see all that is offered in the region.

At no time did we plan to ask local businesses for funding and all additional public services required for the event were added demands which would not fall on the Town’s infrastructure. Plans were made for noise mitigation, traffic, signage, flow, and parking. These were all issues that arose in social media discussion, there was a known detailed plan in place to address all concerns one week from release.

You all have been so integral in stepping out of the box to assist in bringing this economic boost and extraordinary experience to Provincetown. It was an honor and humbling experience to be able to work side by side with such great folks as yourselves. Some of you simply to gave an initial blessing while others spent hours assisting and wanting to make this work. All of us had the goal of bringing awareness, new faces, and a once in a 400-year experience to Provincetown.

I wish you an enjoyable 400th and for those who cannot yet see the forest through the trees, I leave you with some powerful and poignant words from a local resident of ours:

“Keep some room in your heart for the unimaginable.” (Mary Oliver)