Different from the Others Film Screening in Provincetown 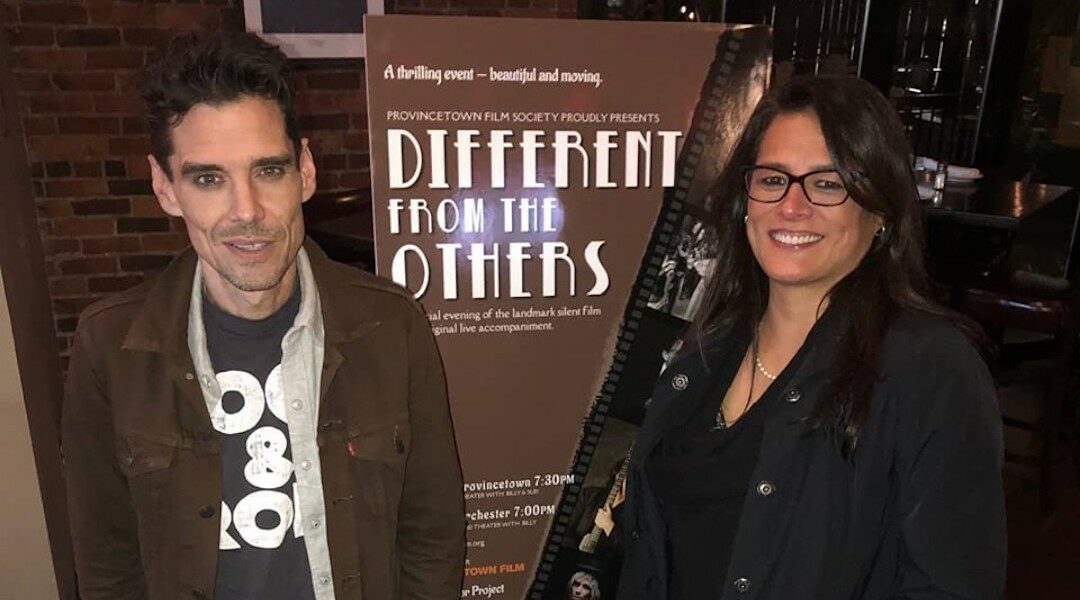 FOR IMMEDIATE RELEASE
FOR MORE INFORMATION
PHILIP FINCH
617.331.0818 or philip.finch@gmail.com

Provincetown, MA – October 1, 2019 – To commemorate the 100th anniversary of the earliest surviving feature film about LGBT people, the Provincetown Film Society presents a special encore screening of the recently restored DIFFERENT FROM THE OTHERS. Once feared lost, it’s believed to be the only gay-themed movie from Germany’s progressive Weimar era that survived destruction after Hitler took power. Writer Christopher Isherwood recounted screenings broken up by Nazis. Most of the estimated 40 prints of the film were believed to have been destroyed by the Nazis, however a surviving copy was located during the collapse of the Soviet Union and was later restored by the UCLA Film and Television Archive. The Provincetown Film Society offered a screening of the film earlier this year as part of the Provincetown Film Festival in June and it played to a sold-out house with rave reviews.

DIFFERENT FROM THE OTHERS (Anders als die Andern) tells a compelling story of secrecy and oppression that continues to play out in today’s world. The film stars Conrad Veidt (the somnambulist in The Cabinet of Dr. Caligari and Colonel Strasser in Casablanca) as Paul Körner, a violinist whose romance with a talented male student is thwarted when a blackmailer threatens to expose the relationship and Körner’s homosexuality, then a crime under Germany’s notorious Paragraph 175. The story was co-written by Richard Oswald and Magnus Hirschfeld, who also had a small part in the film and partially funded the production through his Institute for Sexual Science. The film was intended as a polemic against the then-current laws under Germany’s Paragraph 175, which made homosexuality a criminal offense.  It is believed to be the first pro-gay film in the world.

Provincetown Film Society CEO Christine Walker said, “It is important to bring this film back to Provincetown so more people can have the opportunity to see it.  It’s remarkable how well the message plays 100 years later in today’s world. The film provides a good reminder about how much progress has been made for LGBT people over the past century, but we also know there is much work still to be done.”

DIFFERENT FROM THE OTHERS will be shown on Thursday, October 24 at the Provincetown Theater at 238 Bradford Street.  Well-known Provincetown musicians, Billy Hough and Sue Goldberg, will provide an original, live accompaniment for the silent film. Tickets are $35 per person and includes a wine reception beginning at 6:00 pm.  The film screening and live performance begins at 7:30 pm. Following the film, there will be a discussion with Q&A and an additional performance by Billy and Sue.  Tickets are available at: www.provincetownfilm.org. A portion of the proceeds from the screening will benefit The Provincetown Film Society and The Trevor Project.  There will be an additional screening of the film on December 5, 2019 at the historic Strand Theatre in Dorchester, MA.

About the Provincetown Film Society
The Provincetown Film Society (PFS) is an advocate for diverse representation in film, providing year-round programming and platforms that allow voices of all kinds to be heard via film. Locally, PFS’ work positively impacts the cultural and economic vitality of Provincetown. Nationally, its work helps shape industry discussions around parity in film. Through PFS’ work, we have an ability to better understand and appreciate human struggles and triumphs, showcasing our similarities and differences in today’s decisive culture.

About The Trevor Project
Founded in 1998 by the creators of the Academy Award®-winning short film TREVOR, The Trevor Project is the leading national organization providing crisis intervention and suicide prevention services to lesbian, gay, bisexual, transgender, queer & questioning (LGBTQ) young people under 25.