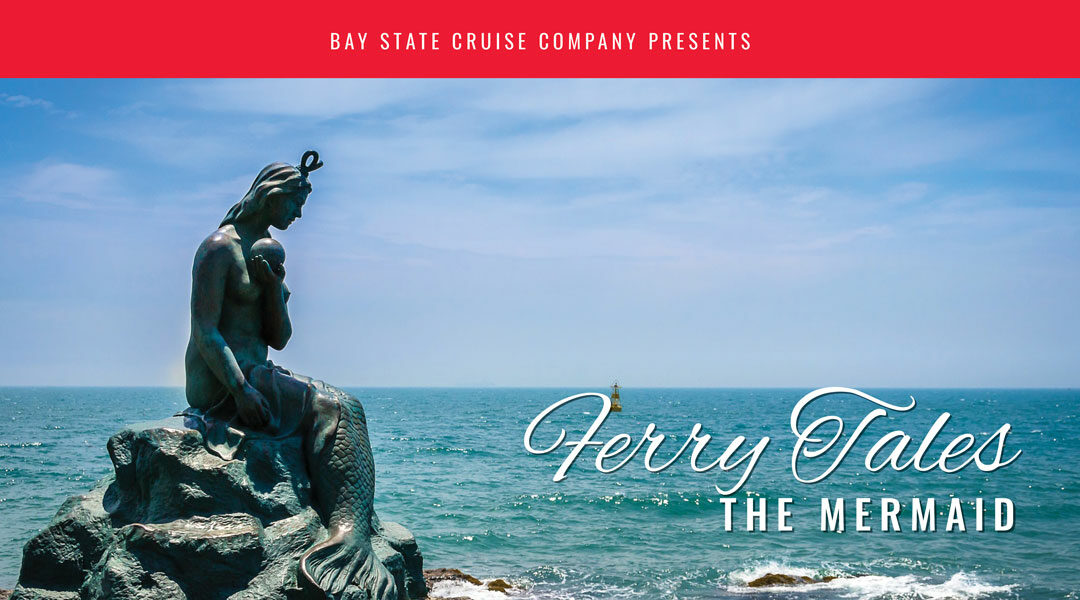 I knew all the songs from the movie by heart and sang them over and over again. Now that I’m a mom, too, I wonder how my mother put up with it. Those songs probably drove her crazy! My bedroom was decorated like a mermaid’s and cave, every Halloween I was a mermaid… well, you get the idea.

When I was fourteen that spring my dad was going to do a guest lecture somewhere up in Boston (he taught at Columbia his whole career) and my parents decided to make a family trip out of it, we’d all go and do the tourist things, walk the Freedom Trail, visit the Paul Revere house, and I so didn’t want to go. I thought I was too old (and, honestly, too cool) to do anything with my family, eww, and looking back on it now I think I was really a brat about it. My parents bribed me into going by promising we’d take a boat trip too.

I think the plan was to go on a whale watch, and I don’t remember exactly why that didn’t happen, but we did end up on the ferry going out to Provincetown. I loved it. I was all over that boat, looking out at the water. I knew I wasn’t going to see a mermaid, but I was still imagining being a mermaid somewhere out there “under the sea.”

And then—you probably won’t believe me, but I swear to God this happened—I went down into the galley area to get something to eat, I don’t remember exactly, or maybe a soda, and I sat down and there on the seat beside me someone had left a VHS tape of Disney’s Little Mermaid. I kid you not! It was like a sign, I thought. I took it to my mother and she made me turn it in, and there was an announcement over the loudspeaker that if someone had lost the tape, where they could go get it, but no one ever did, so I got to keep it. I mean, I already had it at home, but this felt magical somehow.

And you know how when something happens it colors your whole view of things? I really felt Ariel was sending me a message, and she’d picked the ferry when I was out at sea to do it, and after that, literally for years, every time I wanted to feel good, all I had to do was close my eyes and think about that ferry ride.

I know how predictable it all is, but eventually I went to the College of the Atlantic and then graduate school, and I’m a marine biologist now, so I guess in a way I’ve sort of ended up being a mermaid after all. I never took that ferry again, but maybe I should, who knows what magic might happen?