He Plays the Violin 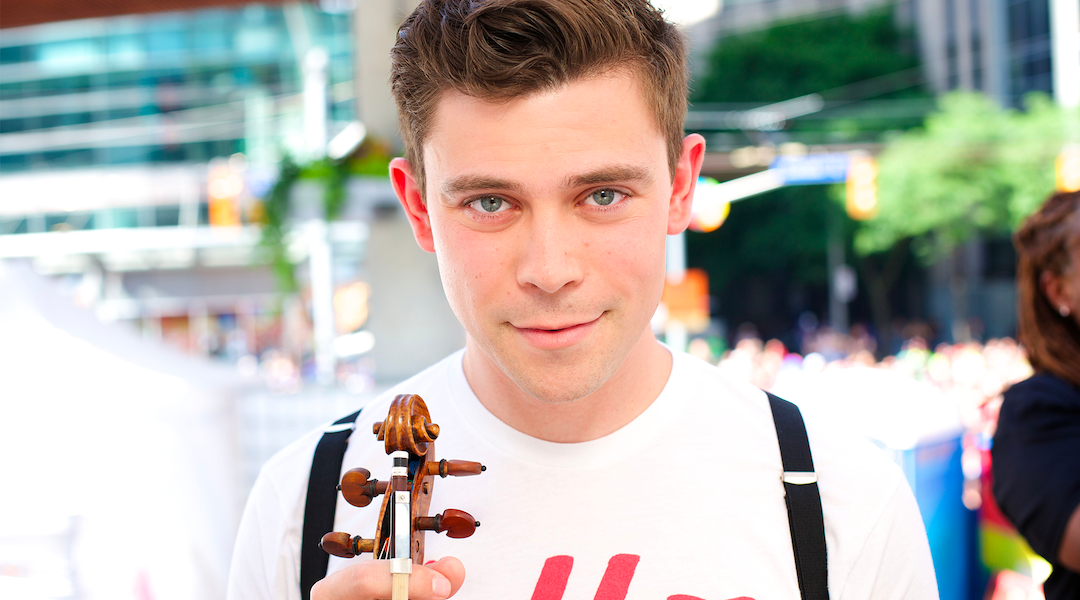 On November 1st and 2nd, for two shows only, Well-Strung’s Edmund Bagnell is coming to Provincetown for his first solo show, HE PLAYS THE VIOLIN.

ptownie caught up with Edmund to ask him about the show:

How did you start playing the violin? And how did you get involved with Well-Strung?

When I was 7 years old my grandparents bought me a violin from an antique shop — it was way too big for me to even hold, but I really liked pretending to play it. So my parents decided to get me a more appropriate size violin and lessons, and that’s how I started playing.

I joined Well Strung almost 8 years ago in NYC. A cellist friend of mine forwarded me an audition breakdown that said an unnamed group was looking for a violinist who could sing in addition to playing the instrument. At the audition I met Mark Cortale, our manager, and all the rest of the boys. I can’t believe it’s been 8 years already, but it’s been an amazing ride!

What is it you love about the violin?

The violin is the instrument most compared to the human voice, and I think that’s always appealed to me. One of my teachers early on referred to bowing the violin as “singing through the musical phrase,” and that comment really stuck with me. I also love that you can play a really wide variety of music and styles on the violin, from baroque to quite contemporary.

You also sing and act. Do you see these different facets as competing or complementary?

I think acting has been a really useful tool to me no matter what I’m performing. Even if I’m performing a Mozart violin sonata, there’s still this idea that an audience is watching you and there is this inherent dramatic quality to any live performance. I studied Meisner’s acting technique for several years, and I would say I found that very liberating for both my singing and playing. I think it gave me more license to be more responsive and spontaneous on stage.

Your first solo show… what are the advantages of performing alone? Disadvantages?

I think performing solo is a different way of performing. Whereas with Well Strung we have our individual personalities that make up the larger brand of Well Strung, in a solo show, I am the brand. So all the music, stories, etc get to be very personal to me, and I think that’s a very exciting thing for any performer. The disadvantage, of course, if say a violin string breaks on stage, there won’t be anyone else on stage to smooth over leaving stage to grab a new one.

When you’re not performing or practicing, what do you like doing?

My partner and I bought a fixer upper house in the country two years ago, and we’ve gotten really handy. We’ve done pretty much everything — electrical, plumbing, but I’ve come to really love anything involving wood working. So truly, if not performing or practicing, I’m probably at home covered in either paint or sawdust. But I love it!

What can audiences look forward to with this upcoming show?

I think audiences will see a new side of me, both musically and personally. I’m really excited with the material that my director, Michael Schiralli, and my music director, Matt Aument, and I are putting together. It’s going to be a really fun evening, and I’ve enjoyed pushing myself vocally and instrumentally and also getting the chance to be more theatrical and tell stories. I couldn’t be more excited!