Will You Let This Ship Sink? The Hindu 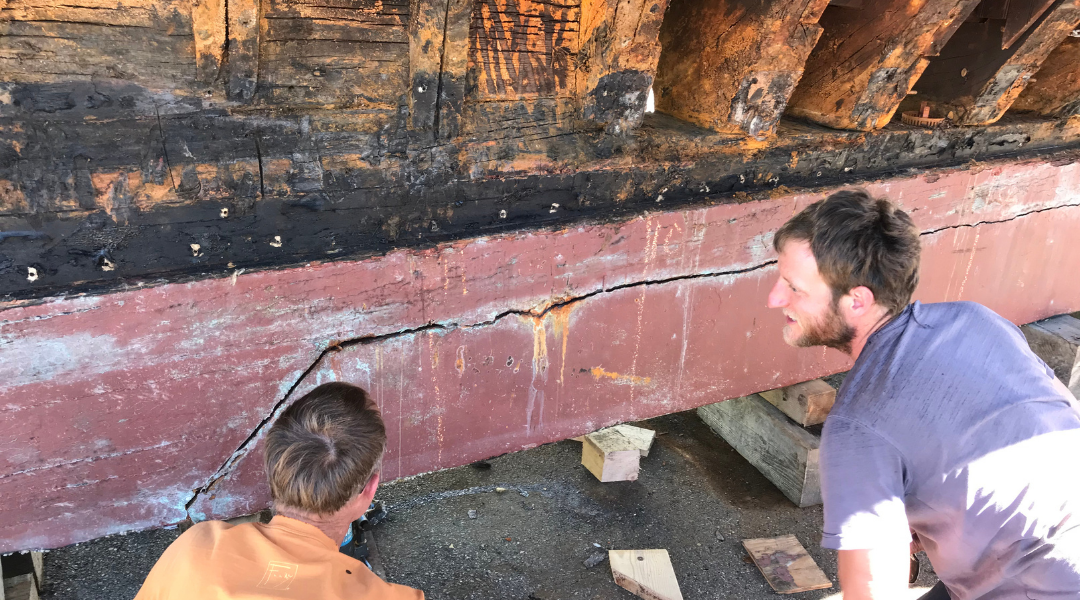 In fact, it almost did.

The Hindu spends its summers in pride of place on MacMillan Pier, traveling to Key West in the off-season. It was returning to the Cape on July 10 when, at 3:30 in the morning in Long Island Sound shipping lanes, the schooner felt a jolt.

“The bow of a fiberglass yacht rolled out of the water and pointed up at the sky, like a sinking Titanic,” said Captain Josh Rowan as quoted in the Provincetown Independent. “It stood 12 feet out of the water as we slid past it, and the white hull made it look like a manmade iceberg.”

The Hindu had struck the submerged vessel square on, with the strong structural parts of the bow bearing the force of the collision.  The owner of the vessel intentionally was sinking their ship to receive insurance money in the wake of the storm.

The schooner was able to continue to sail on despite sustaining significant damage. 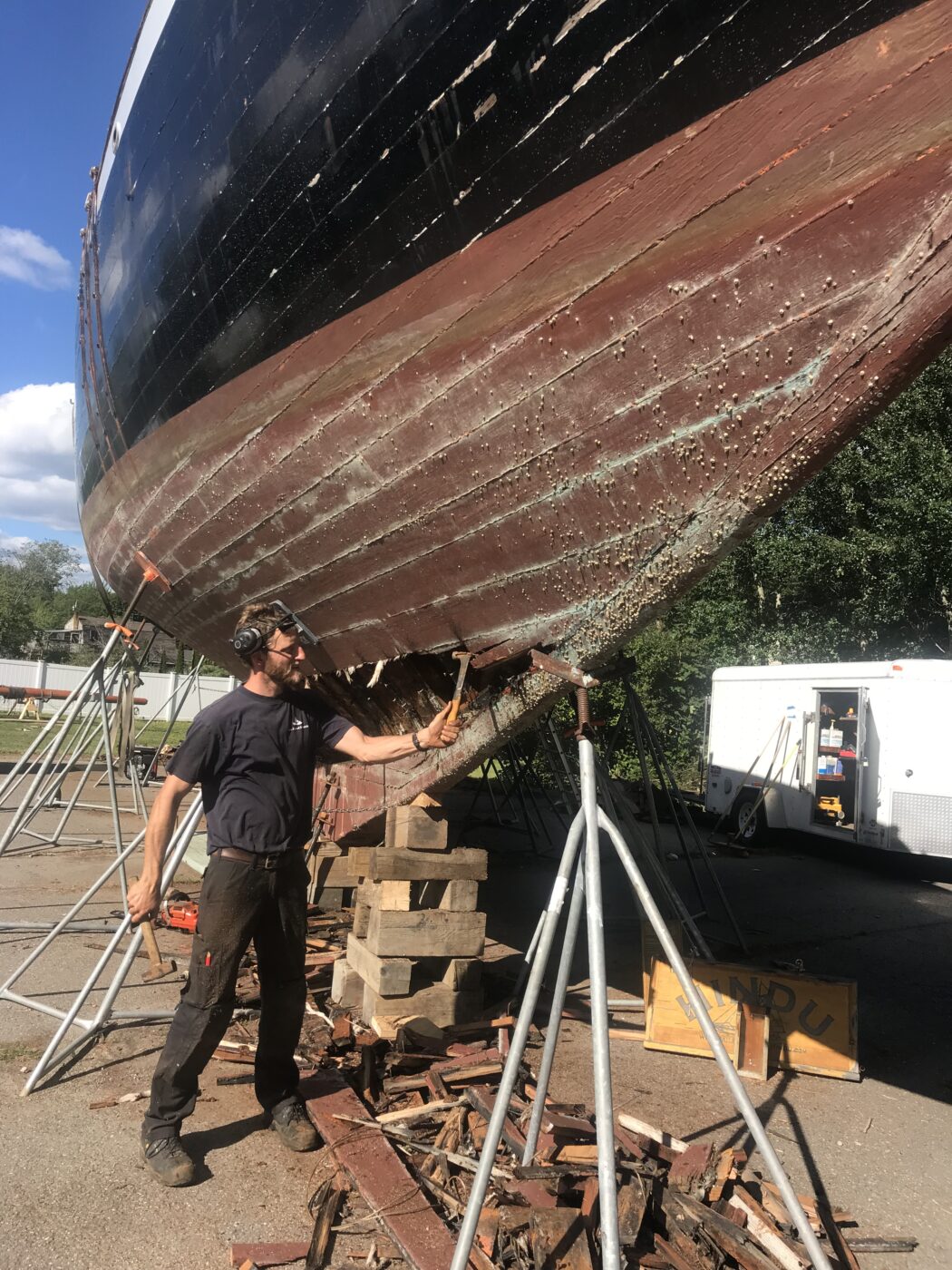 The History of The Hindu

First, a bit of history: The Hindu was built in Boothbay Maine in 1925 and has been sailing in Provincetown since 1946. The U.S. Navy commissioned the schooner during World War II to assist the coastal patrol along the eastern seaboard. Log books indicate the navy men painted her gray, lined her with depth charges, mounted a machine gun on her deck and more than once engaged a German U-boat. Provincetown’s Captain Al Avellar bought Hindu in 1946 and began sailing her as a passenger vessel there, pioneering the whale-watching industry the following year. Hindu was used in the production of two Cape Cod films, The Golden Boys in 2008 and The Lightkeepers in 2009. 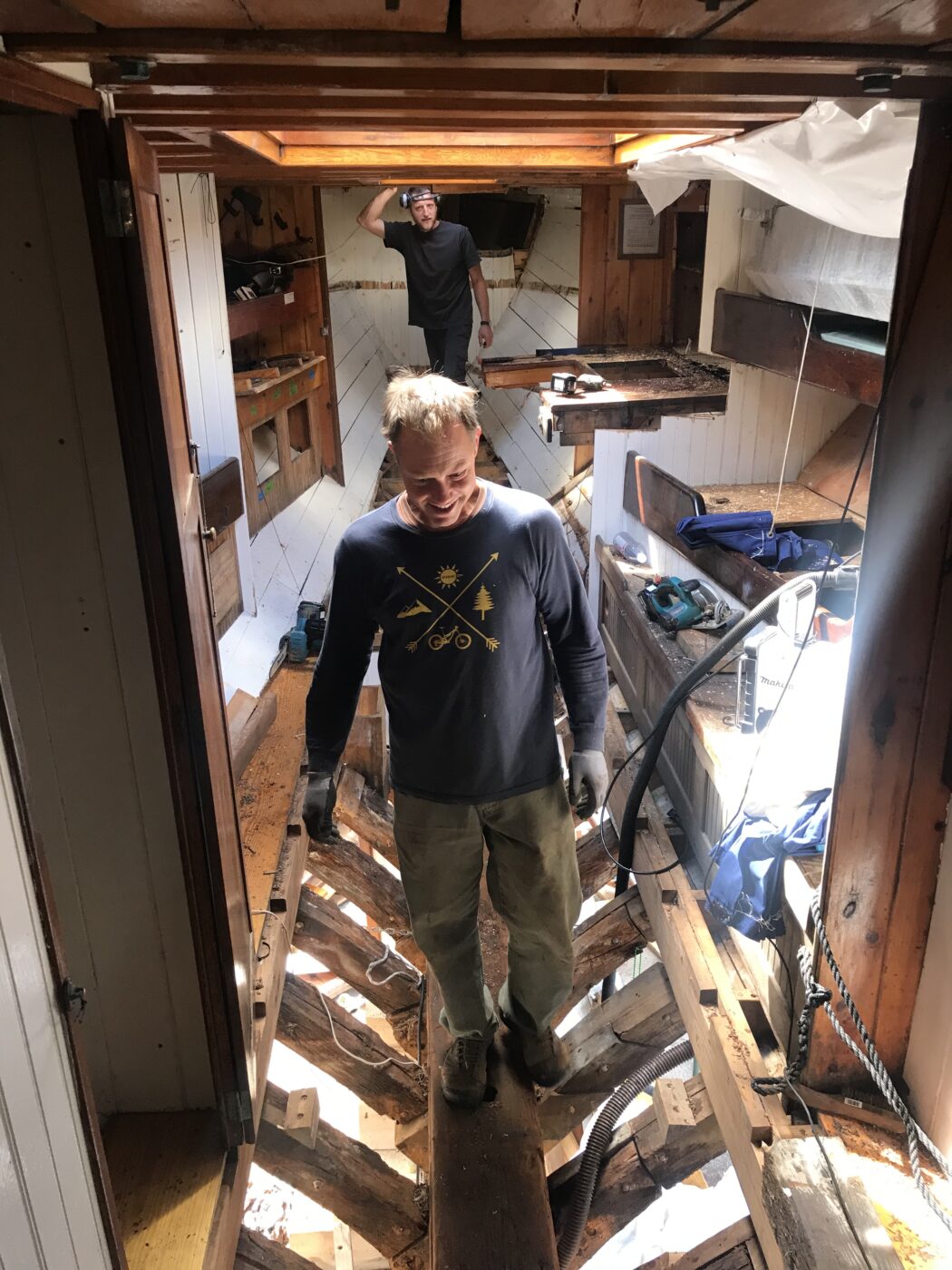 Rowan was already planning a comprehensive rebuild of the schooner as it approached its centenary mark when it struck the drifting yacht; and now the need is dire. Hindu will be taken back to Boothbay Harbor and the long process of rebuilding will begin.

That’s where we come in—the Hindu needs our help! The Rowans have set up a GoFundMe page to defray the costs of materials, shipwright, shipyard, and journeymen.

They say that behind every great man stands a great woman (clearly not an apt maxim for Provincetown!), and we posit that behind every great boat stands a great community. If you are, or would like to be, a part of the Schooner Hindu’s community, this is your opportunity to show up for her. We can’t keep Josh’s promise to the Schooner Hindu without your help.

A contribution of any size makes you a part of the legacy of the Schooner Hindu for life; one of her many caretakers. Like any piece of history she needs special care and attention, and we hope that, like us, you will feel a sense of pride when taking a role in her story.  We continue to pour our hearts and souls into the Schooner Hindu because we believe in her spirit, and the magic she brings with her from this century and the last.  We believe she is worthy of any and all acts of preservation, and would be honored if you’d join us in the quest to keep her sailing through these Covid times and beyond to the good times that have yet to come.

The Hindu is such a beautiful part of our community and our heritage, and while we at ptownie understand there are many important ways to spend what money we have in these difficult times, we would argue that bringing the Hindu back—almost from the grave!—is important to Provincetown. Please visit the GoFundMe page and give as generously as you can afford!

The Hindu’s resident dog, Admiral Finnegan, and ptownie’s resident sheep, Boo-Boo, join us in thanking you!

Here are some pictures of the damage and the process of bringing her back to life. 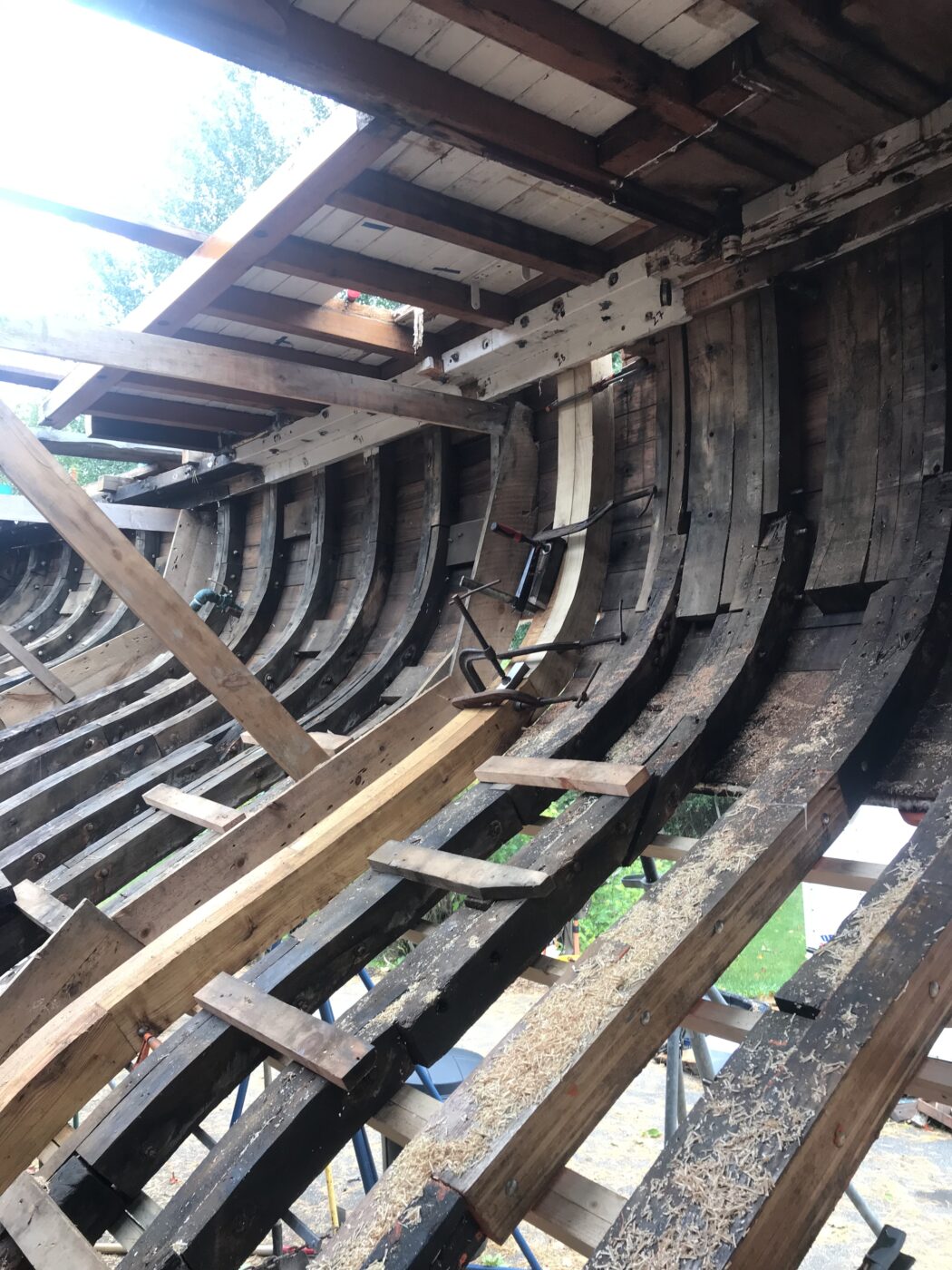 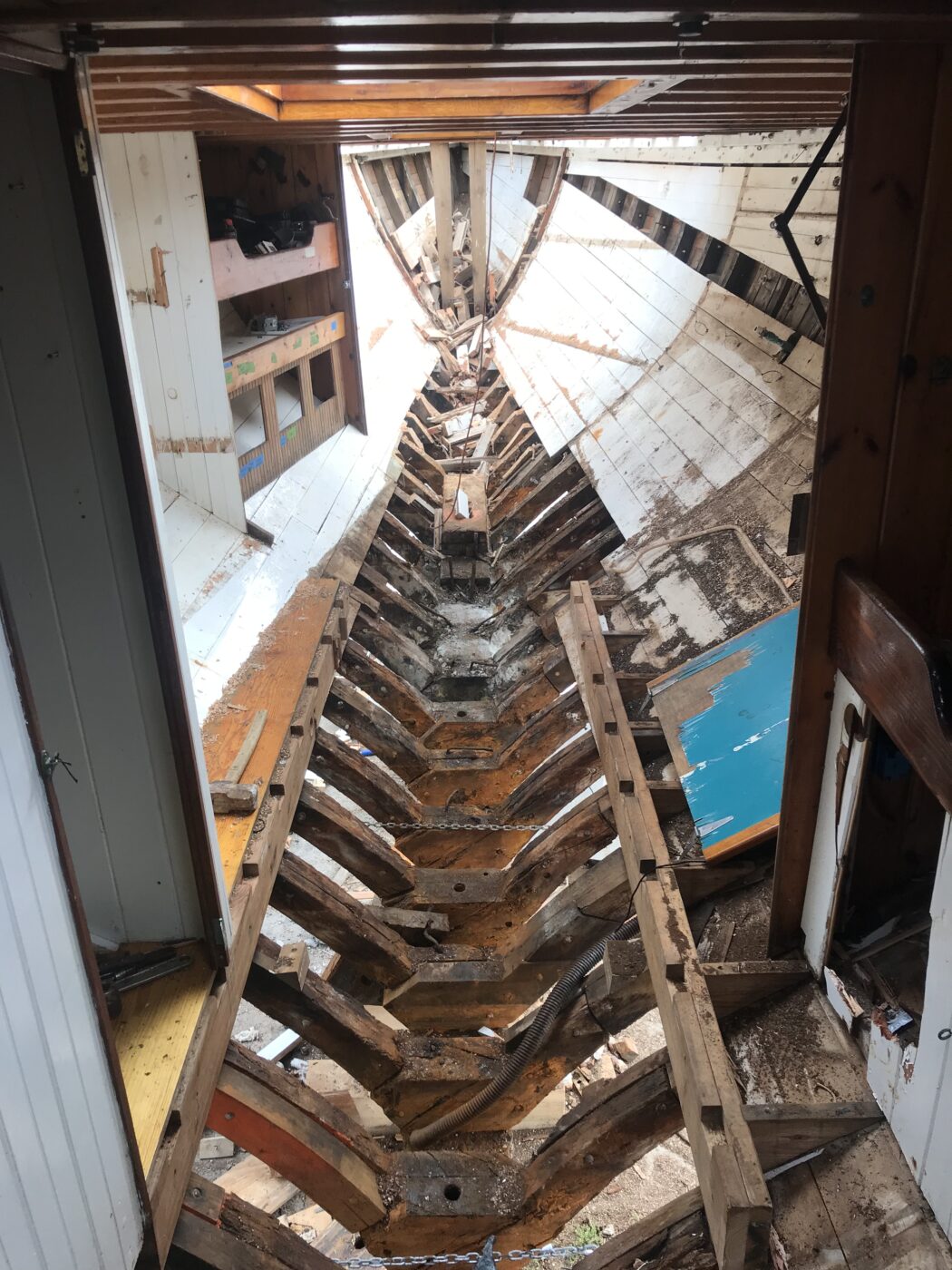 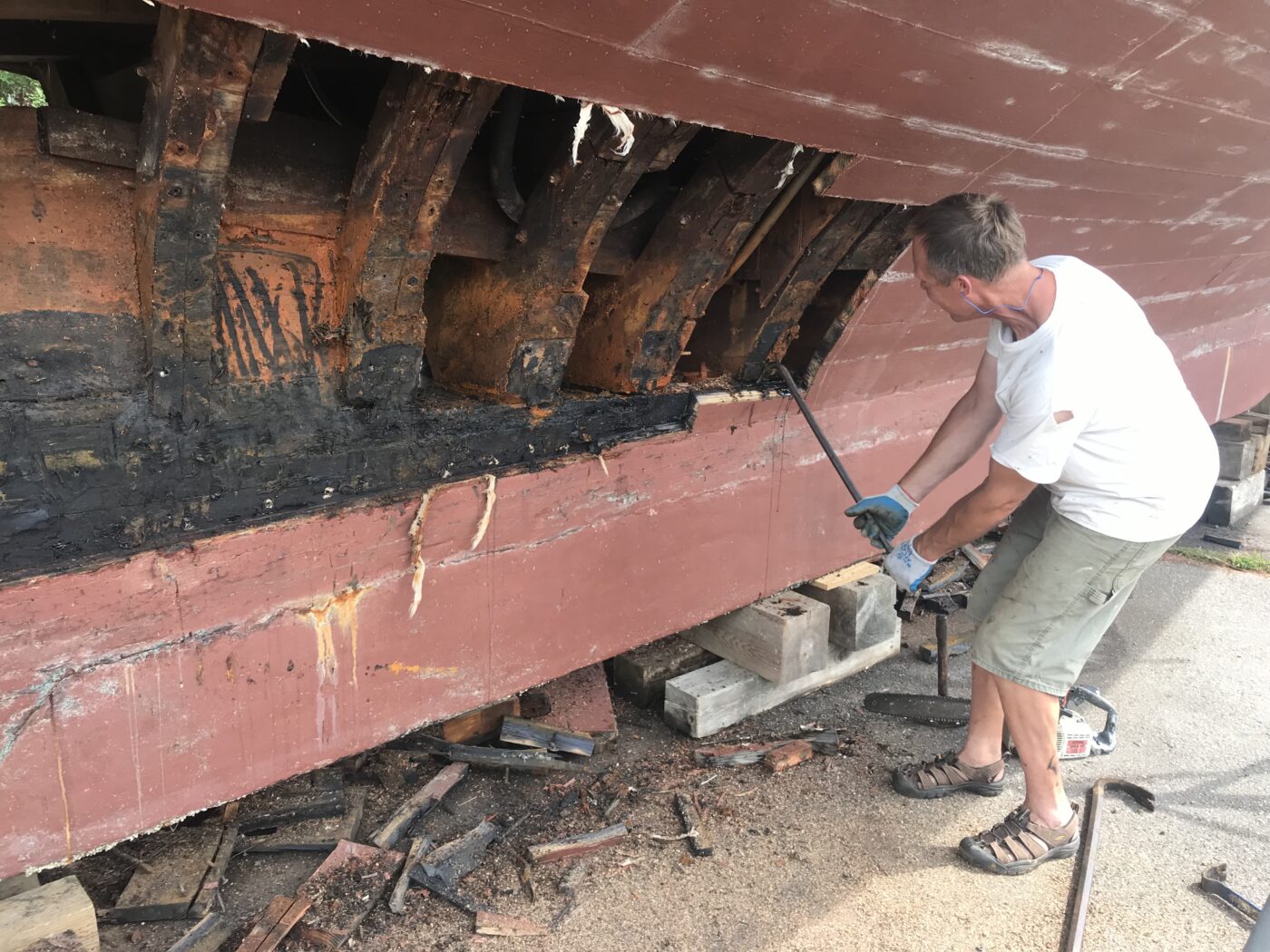 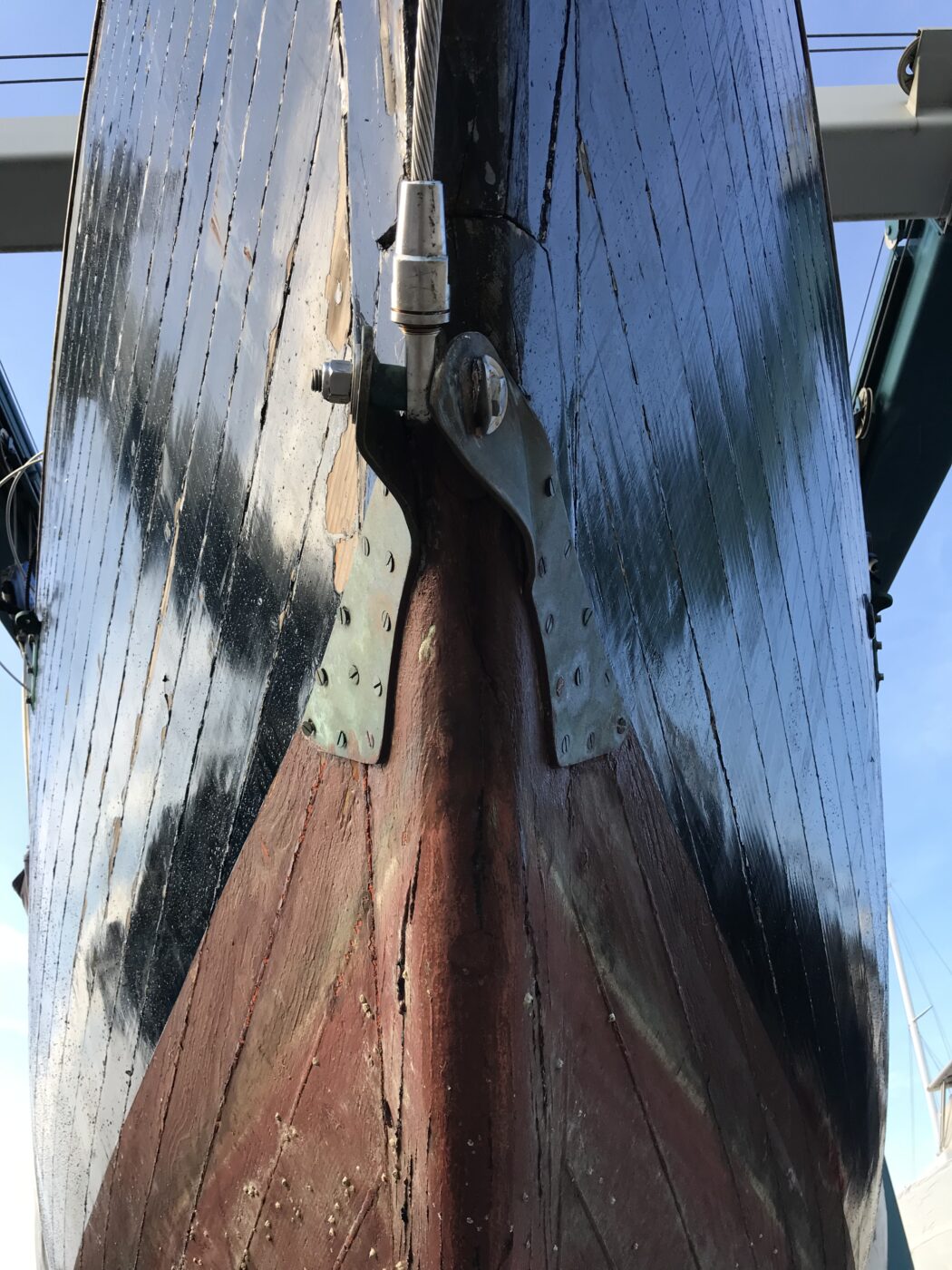 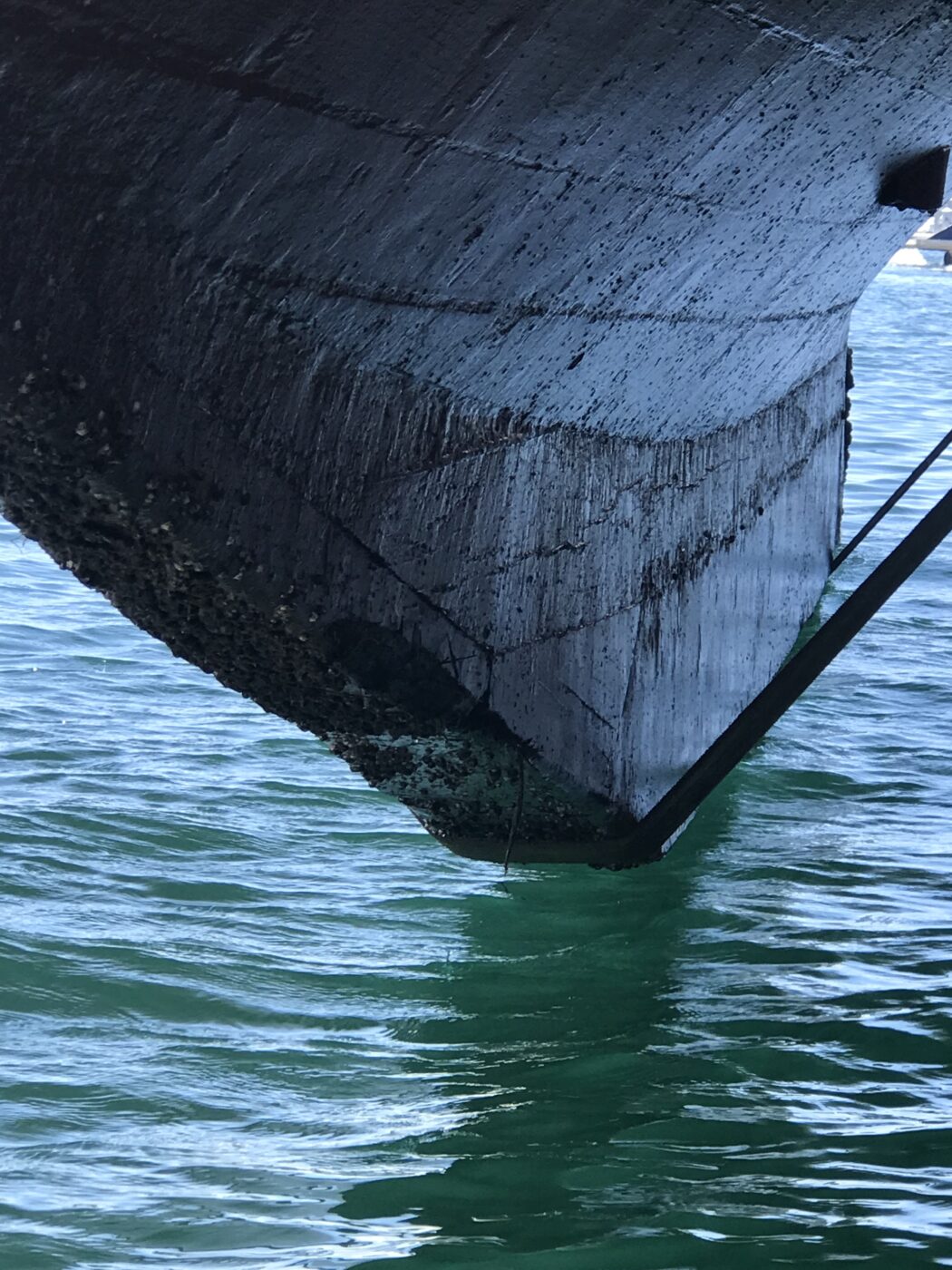 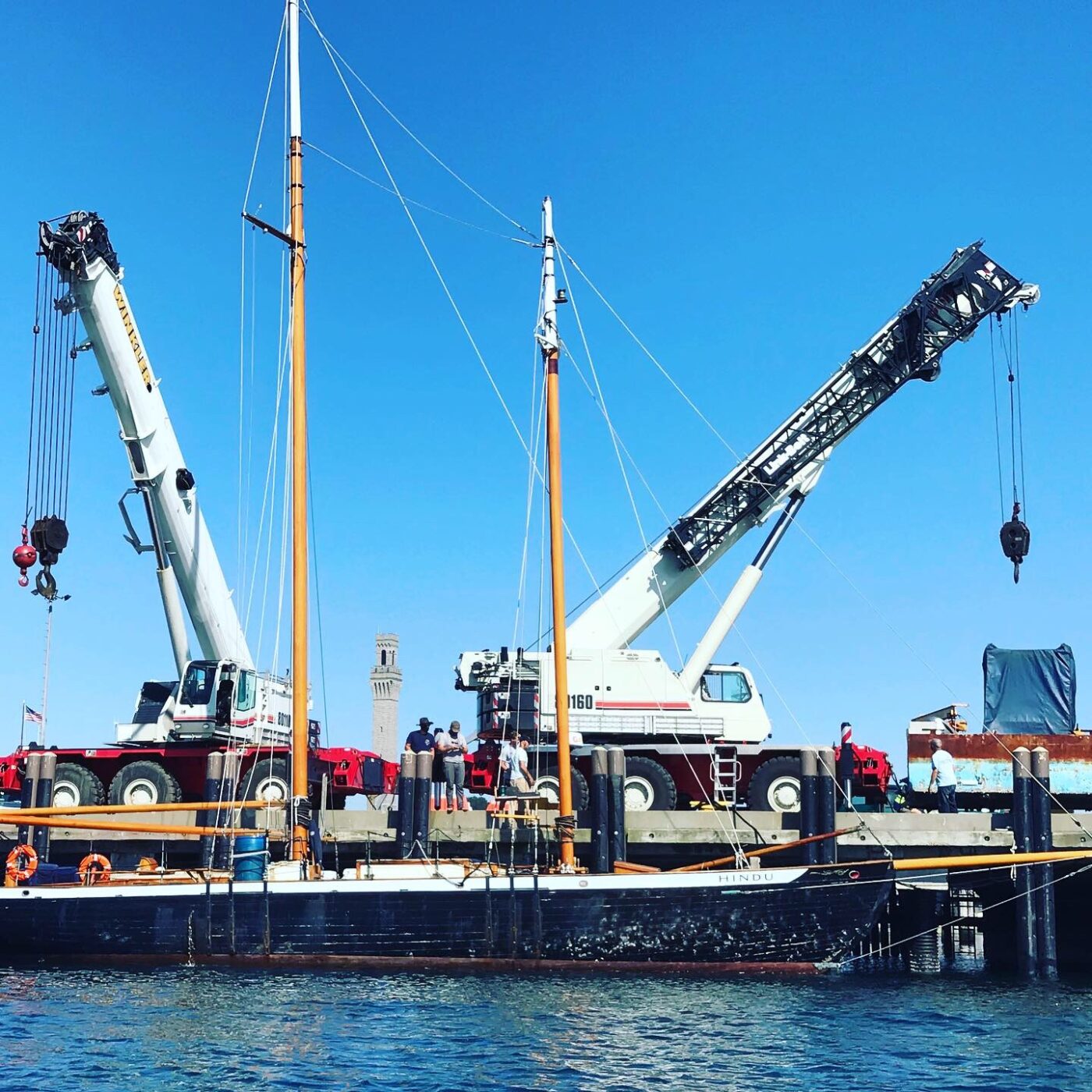 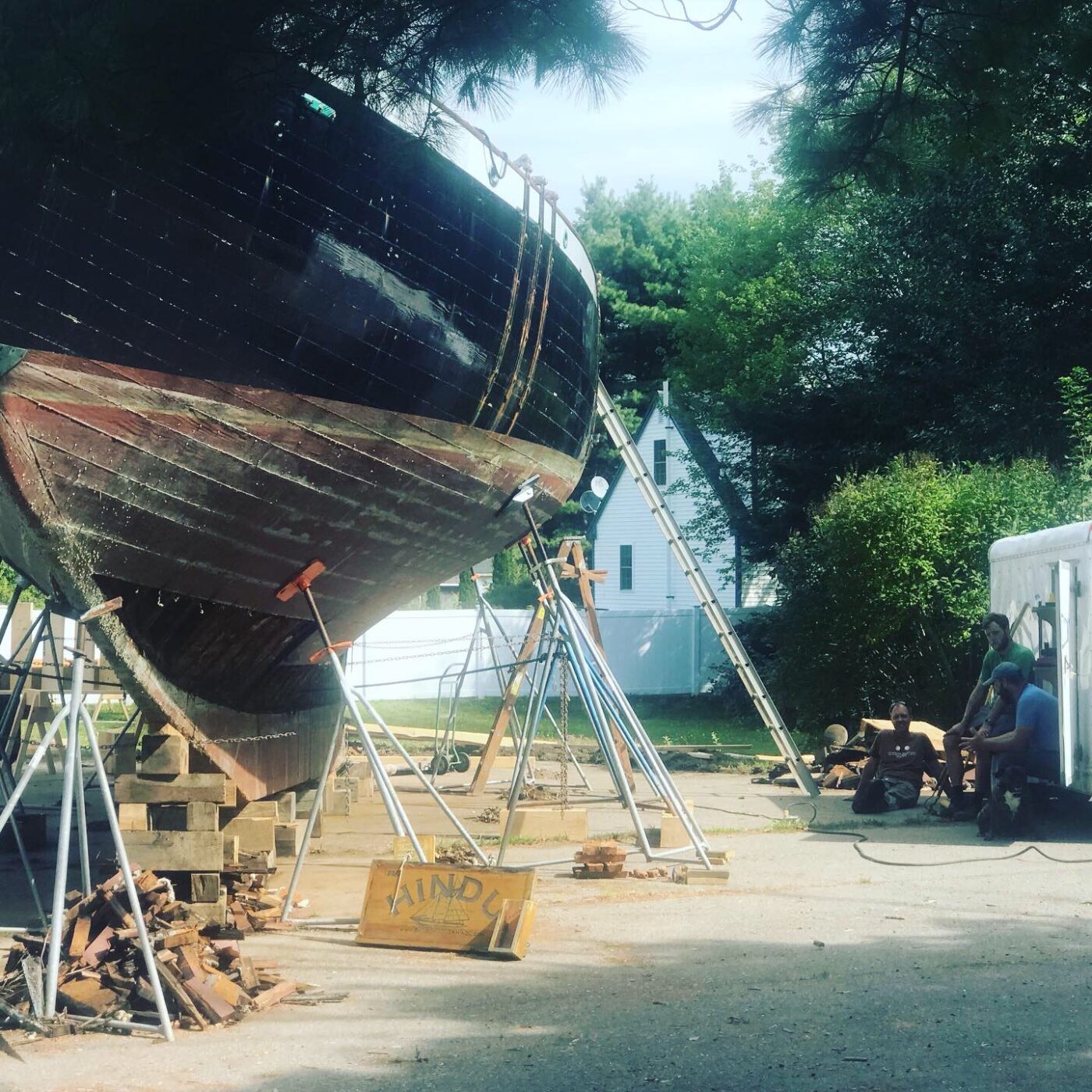