Indecent at the Cape Rep is Anything But 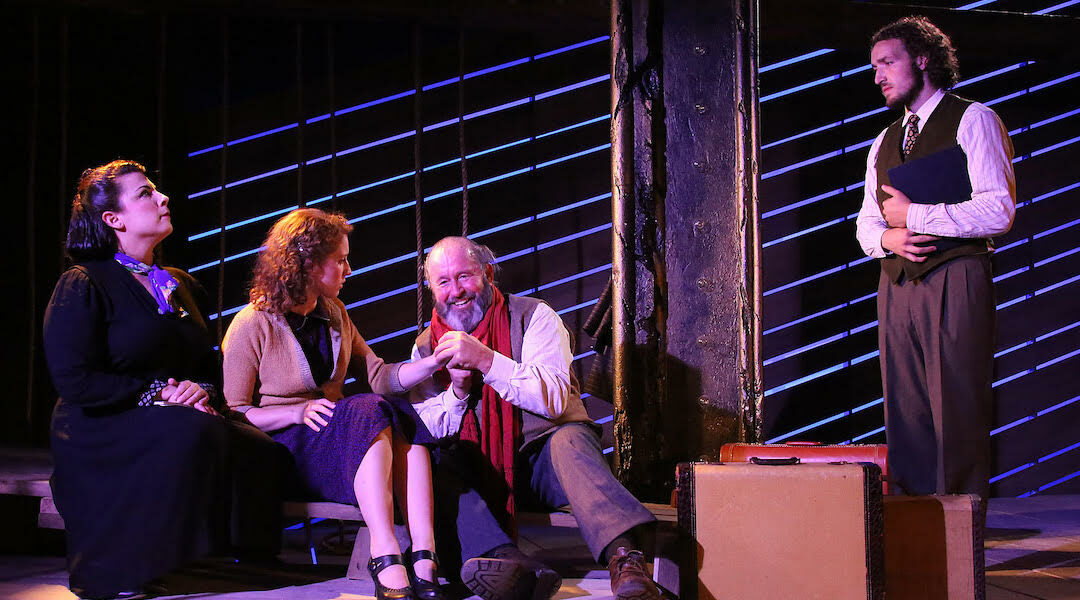 I have to begin this review with a caveat: nothing I can write will do justice to Indecent or to Cape Rep’s production of this “true story of a little Jewish play.” It may well be the most perfect thing I’ve ever seen on stage. There’s dancing. There’s music. There’s joy and pain and transcendence—and everything in between.

Indecent is a play-within-a-play, Paula Vogel’s story of the early life of Sholem Asch’s 1907 Yiddish play God of Vengeance and of the troupe that performed it, from the poverty of Warsaw to the poverty of New York and back again, returning to Poland just in time to don yellow Stars of David and face the inevitable. But it’s not a story of poverty: it’s a story of love for the theatre, for the theatre’s stories, and ultimately for truth itself. 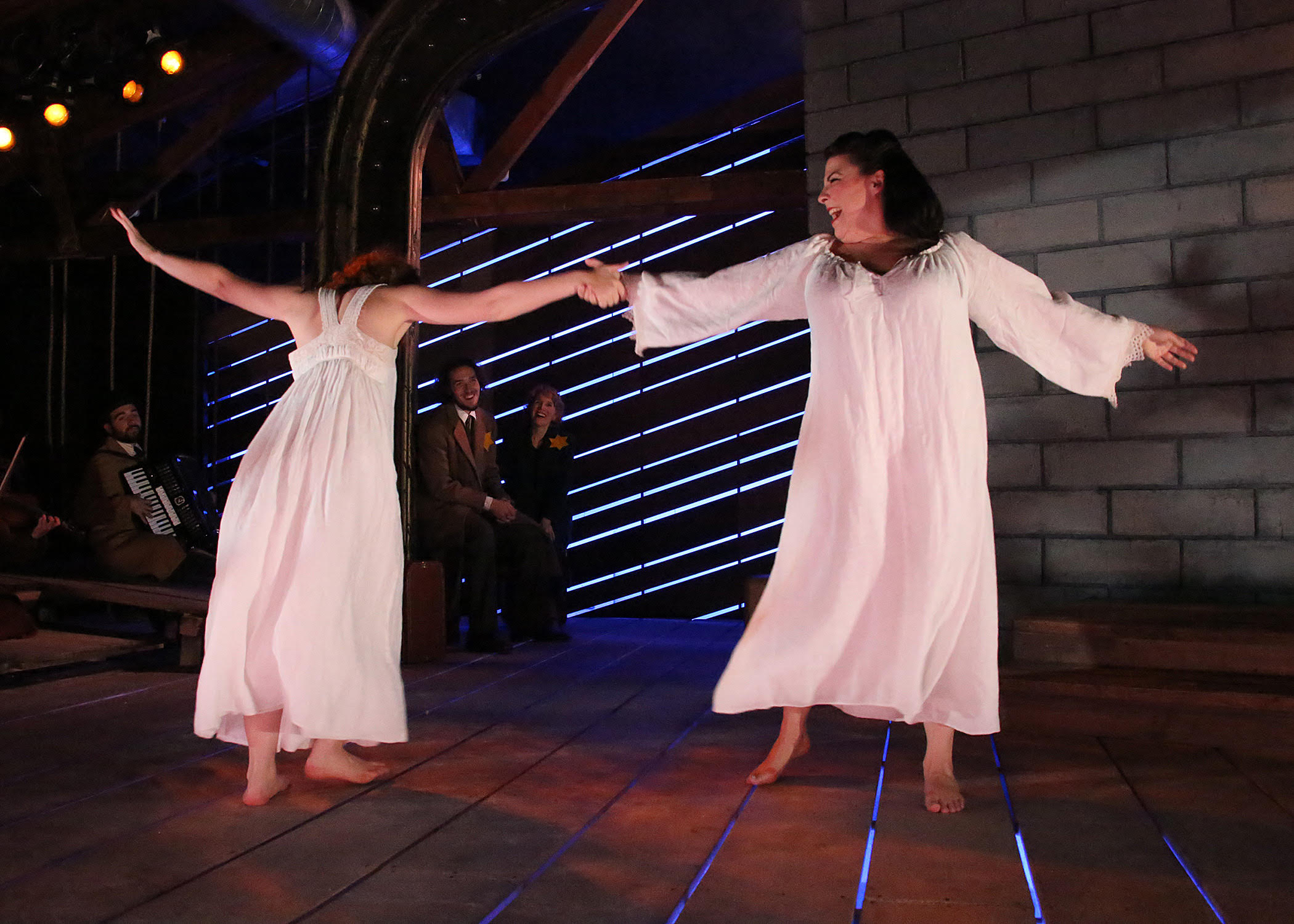 Under Maura Hanlon’s expert direction, Cape Rep brings that love to light in ways that make the audience laugh, connect, even weep—not bad for a 90-minute encounter. (Vogel was wise to make it a one-act: the intensity of wrapping this story around the audience couldn’t possibly allow for intermission chitchat and coffee breaks.)

Leading the cast with exuberance and not-so-hidden depths is the always-excellent and energetic Nick Nudler as Lemml, the stage manager who is our narrator, providing the through-line that links places and times. He is present for the first reading of the Asch play, which immediately disgusts the small company assembled by Otto Godowsky (Art Devine, who gives a splendid performance in all his various roles), as it’s immediately evident that the storyline isn’t typical of the Yiddish theatre to which they’re accustomed.

Sitting in on this first reading is Lemml, who steps in to play several parts when it’s clear the others will not; and it’s Lemml, now stagestruck, who will follow Asch and God of Vengeance wherever it takes him. The play travels to Berlin, where it’s directed by the great Max Reinhardt and is an unqualified success. Translated into myriad languages, Ash’s masterpiece eventually crossed the Atlantic, and the cast with it, standing in endless lines at Ellis Island, immigrants then as today relegated to waiting. In 1922 the play opened at the Provincetown Playhouse in Greenwich Village and the next year went to the Apollo Theater on Broadway—albeit with the erotic rain scene cut for an uptown mainstream audience. 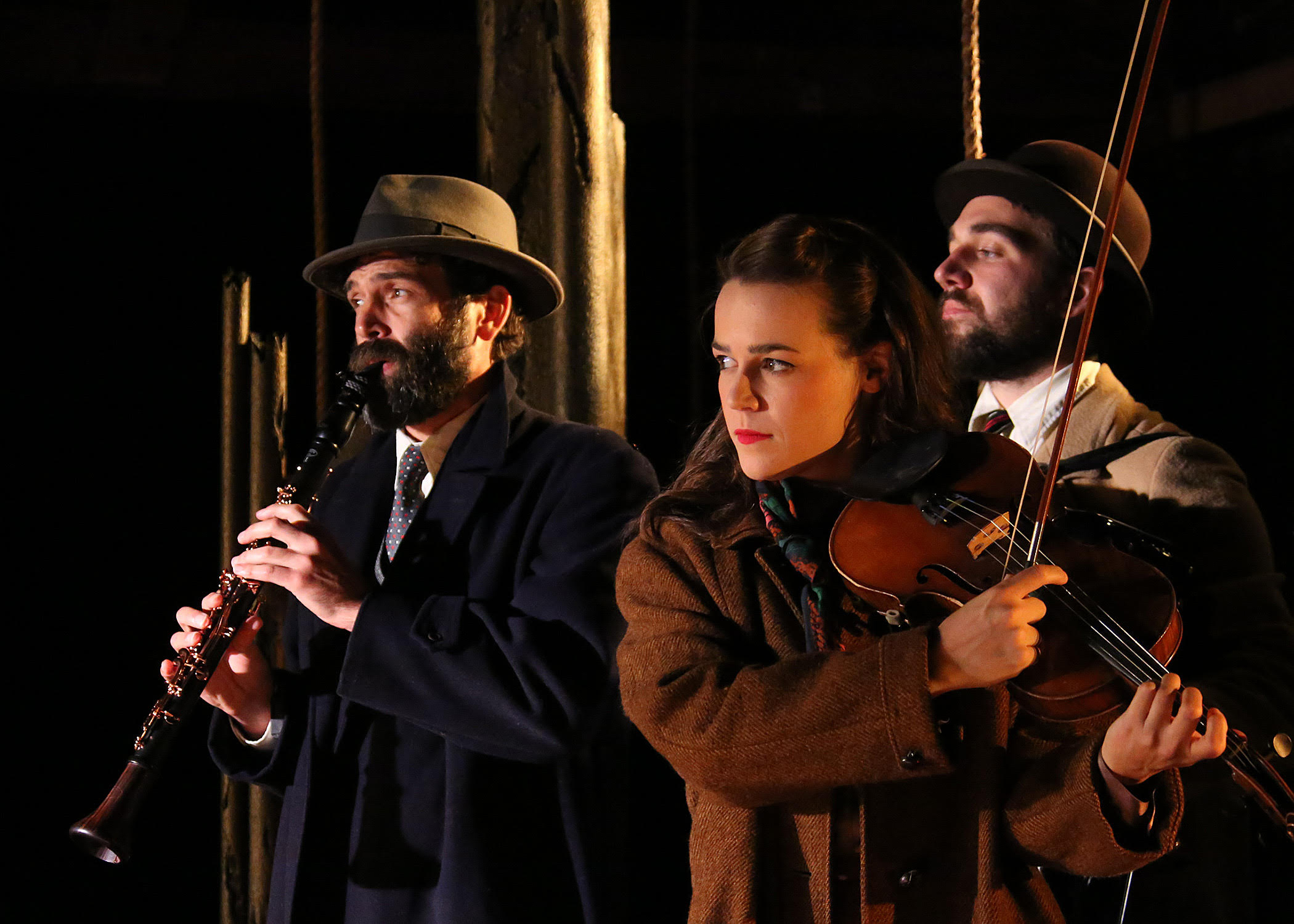 It wasn’t enough. On March 6, 1923, police arrived and arrested the entire cast and its manager, Harry Weinberger, for violation of the City’s new penal code on obscenity. (Rather delightfully, they’re held in a cell next to the one occupied at the time by Mae West.) Bail is posted and the show goes on, but Lemml has had enough of the New World and as soon as charges are dropped he returns to Poland. Not at the best time possible, as the inevitable remainder of the story indicates.

As the audience enters the theatre, it sees the cast already seated on the stage in overcoats, sitting on or beside suitcases. The amazing set design features projections that give English and Hebrew subtitles, lyrics, and other relevant information. Projected on a blank wall, the words seem portentous even from the start. And as the performers rise from their seats, sand seems to pour from their clothing—sand that eventually will be recognized as ash, with its myriad and dark connotations.

The performers playing the cast members of God of Vengeance play a variety of other roles in Indecent: 10 actors in all, including the klezmer musicians, bring life and feeling to the story. At the center of the piece, embodying the love stories tucked into the plays, are Trish LaRose as Manke and Lily Steven as Rifkele. They’re both brilliant and beautiful and emanate the purity of the love—what so angered the critics. Their touching exploration of each other begins tentatively and becomes more engaged (and engaging) as the play progresses; they mix sanctity with sensuality, and the audience falls in love with both of them.

The stakes presented by both plays are incredibly high: can art transcend the politics and mean-spiritedness of the real world? Hanlon’s production makes the question feel fresh and incisive. 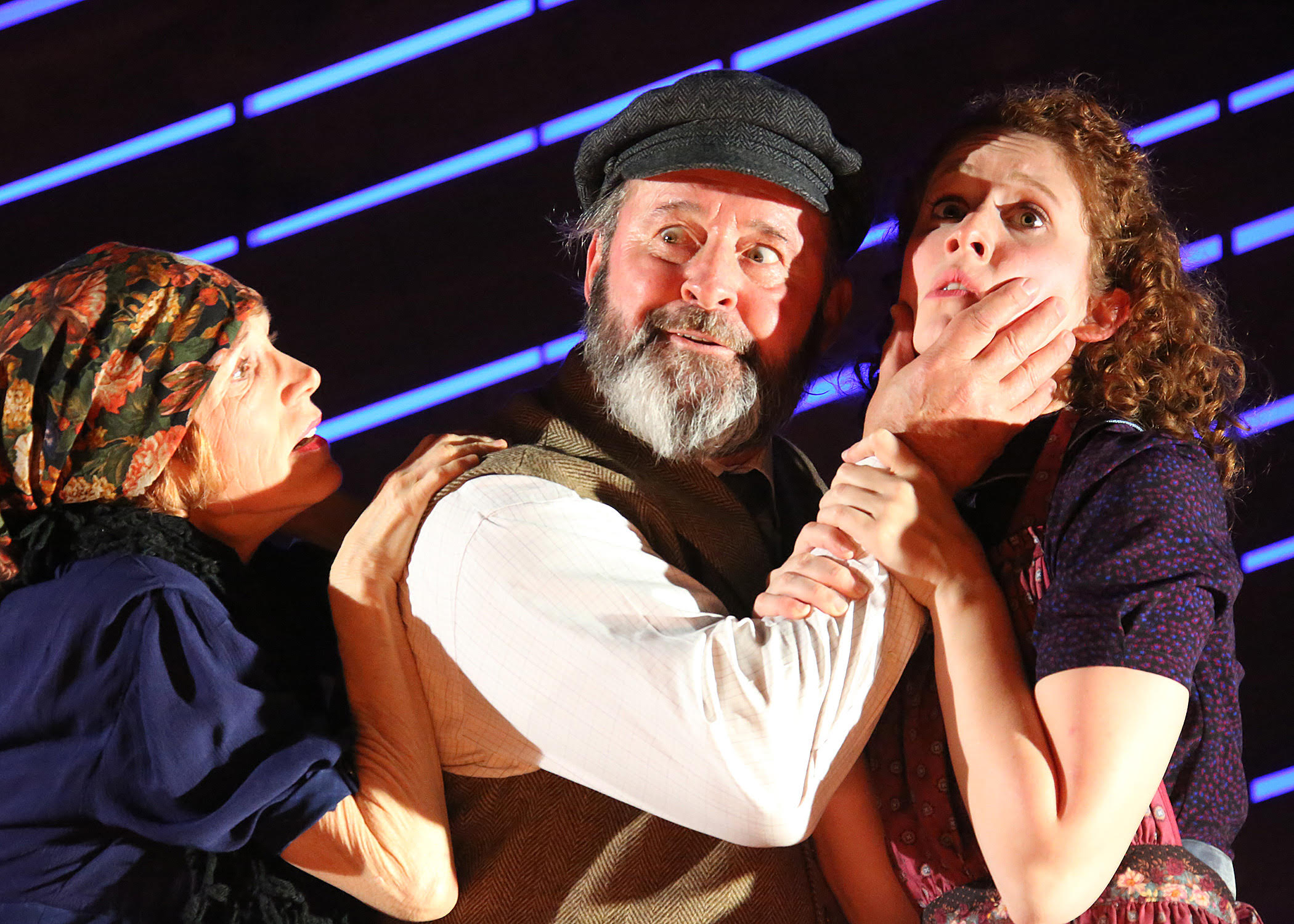 The cast is superlative. It should be noted that it includes three actors without speaking roles, who play music throughout but shouldn’t be confused with accompanying musicians; Vogel makes that clear as she graces them with names the audience will never hear. Abigail Grace Allwein as Nelly Friedman plays violin, Tom Leidenfrost as Moriz Godowsky plays accordion, and Justin Torrellas as Mayer Balsam plays clarinet and other assorted woodwinds.

Playing a number of different roles, including Sholem Asch’s wife, Rifkele in the play, and Chana Mandlebaum, Lily Steven’s performance goes from fragile and vulnerable to strong and enabled, and with very little in the way of costume change she bestows graceful individuality on both. Various roles are taken with equal style and polish by Noah Pelty (Avram Zederbaum), Lee Cohen (Mendel Schultz), and Vicki Summers (Vera Parnicki). The strength of the ensemble they create is in their ability to completely inhabit the characters they play.

If there can be said to be the perfect production of a play, this is it. The indecency in Indecent is clearly occurring outside of the play. History—rather than artistry—is indeed shown to be indecent, and it’s a sad and striking parable for our times. Can the artist change hearts and minds? The jury is still out in Indecent, but the energy and hope it passes along make the rest of us wonder if it might not still be possible in our time.