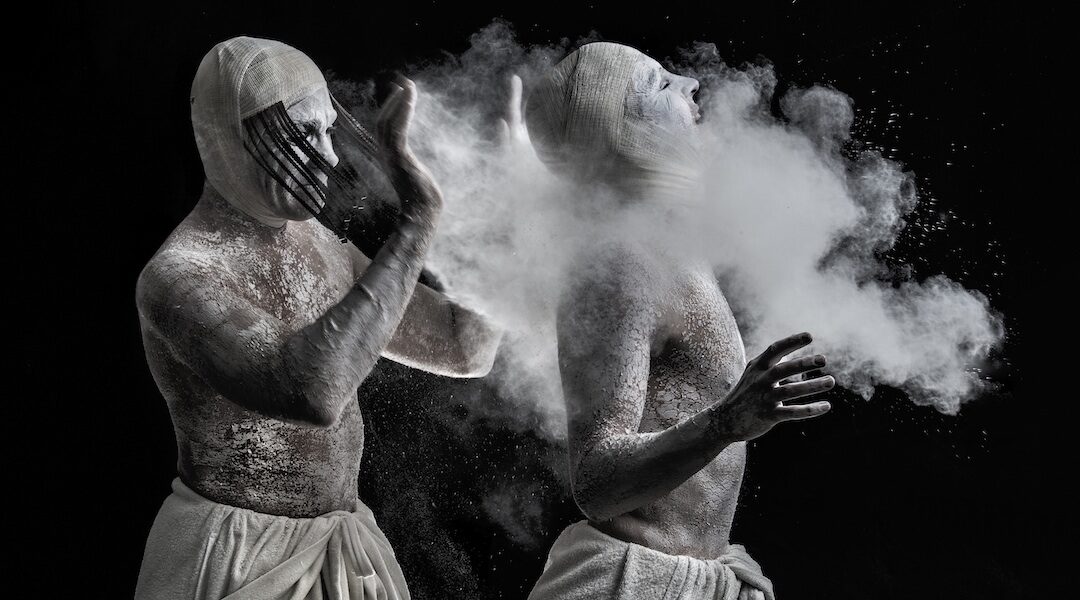 “It often rings that way… about this time of night…” That’s the Nurse (Marcel Meyer) speaking to Hikaru (Justin Chevalier), as the two linger by the hospital bedside of Hiraku’s wife in the Abrahamse-Meyer production of The Lady Aoi at the Provincetown Theater. The creepily ringing telephone is but one element of many in this stylized staging of the Mishima classic sure to send shivers up the audience’s collective spine. 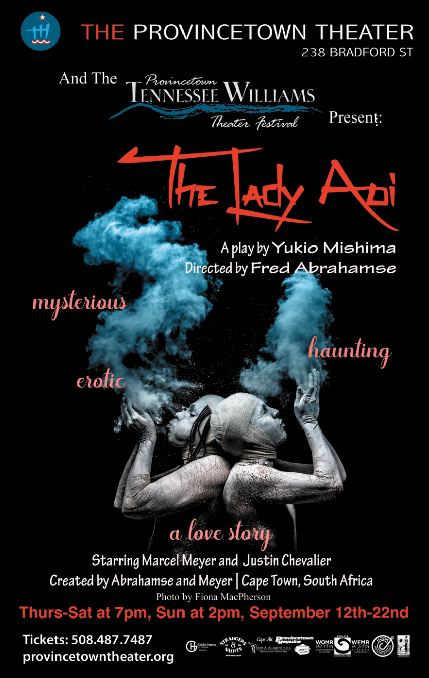 It’s a Noh play, a form unfamiliar to many American audiences; the name comes from a word meaning “skill”—which perfectly sums up this brilliantly skillful production. One has come to expect near-perfection from Abrahamse-Meyer, and this play does not disappoint; it has in fact aged well since its début performance at a prior Provincetown Tennessee Williams Festival. The stylized movements, the weighty and deceptively simple dialogue, the long significant pauses all build tension and allow audiences to infer darker meanings.

Noh has been described as a metaphor made visual, and the very restraint of the stylized movements and dialogue are what, perhaps paradoxically, make for passion and sexual tension.

In Mishima’s version of this ancient story, Aoi is sedated because every night she writhes and convulses in pain. Her young husband, who has been away on business, has come to see her. The night nurse explains that Aoi’s problems come from sexual complexes, and she implies that Aoi’s “sleep treatment” is the first step of an untoward program. In other words, things aren’t going very well for Aoi. The nurse spots a mysterious lady’s car coming toward the hospital and runs away. The lady enters; she is Yasuko Rakujo, Hikaru’s former lover. Yasuko’s presence, and her “invisible flowers,” cause the sleeping Aoi distress; Hikaru tells her to leave, but he doesn’t seem to mean it and she isn’t fooled, and instead the audience is transported back into the lovers’ private history when a young, impressionable Hikaru was seduced by the older, obsessive Yasuko. Hikaru claims he never loved Yasuko, that he loves Aoi; but it’s clear that his passions lie elsewhere. 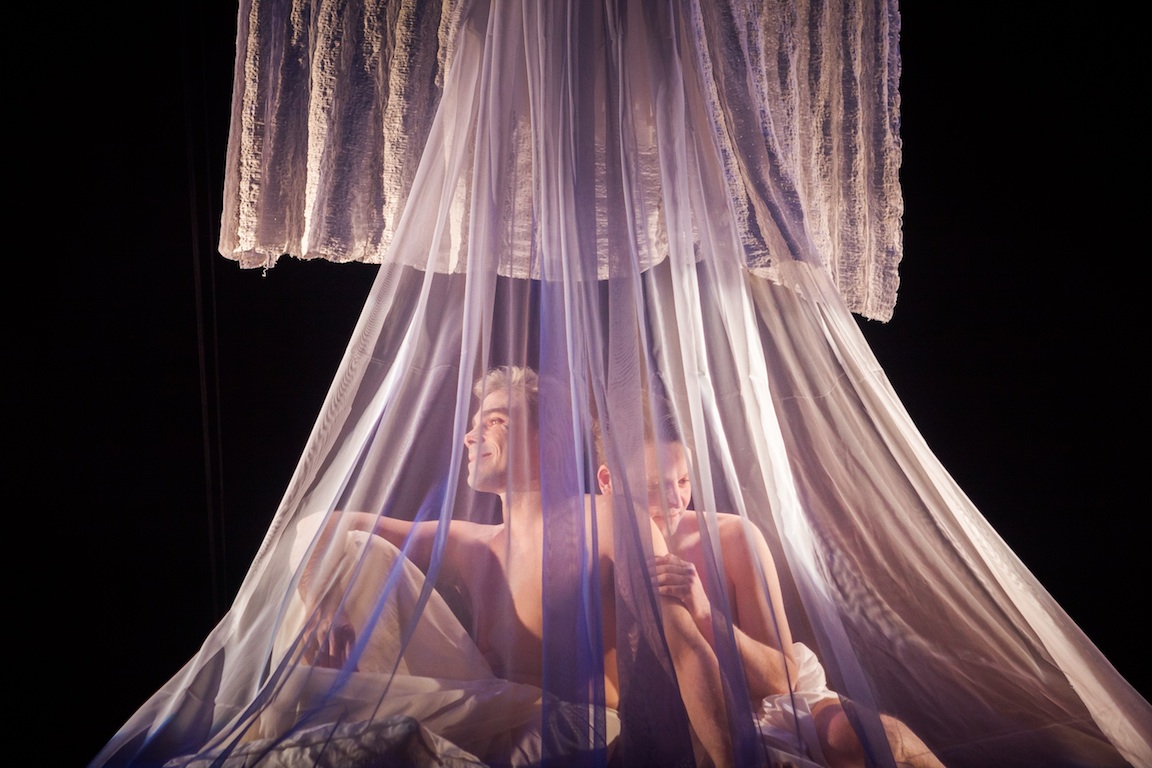 The major theme of is that of unrequited love, and the anguish and suffering that accompany it are painfully detailed here. The play distills that pain into the sparest of forms, which oddly enough enriches the audience’s experience of it. While the couple in the original story was heterosexual, this production casts male actors—casting that would no doubt meet the approval of Mishima, who was himself gay.

The Lady Aoi
The Provincetown Theater
Playing through September 22 only