When is a Corpse Not Just a Corpse? “Lenin’s Embalmers” at WHAT 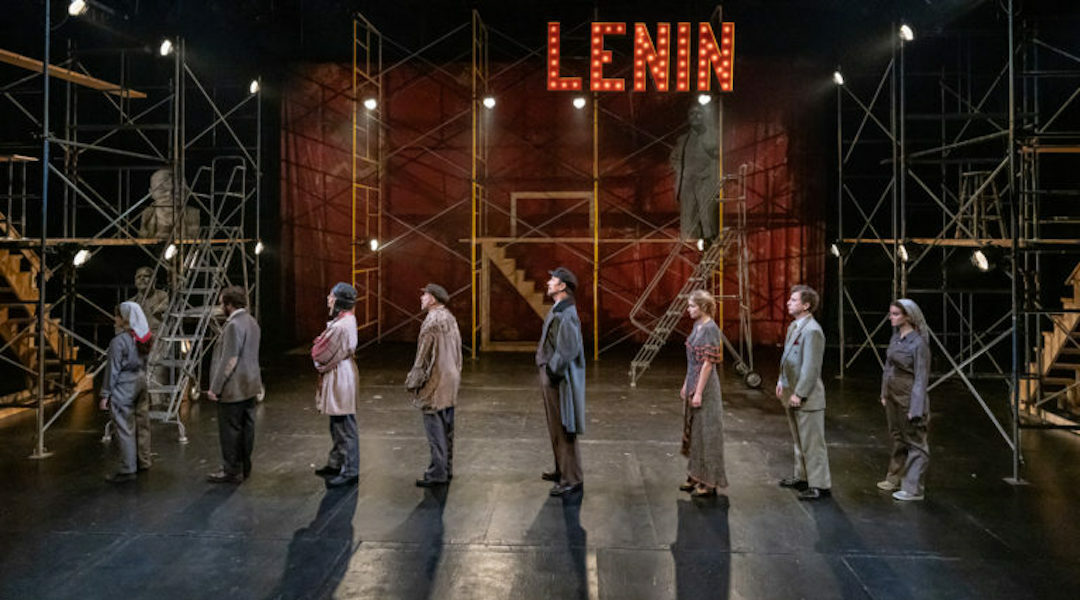 How do you keep a legend alive?

By embalming the body, of course, and that’s exactly what Josef Stalin (Robin Bloodworth) has decided to do: preserve the body of dead Soviet leader Vladimir Lenin (Robin Haynes) so that it may be viewed by the masses—permanently strong, uncorrupted and uncorruptible. That’s the central conceit of Lenin’s Embalmers, now playing at the Wellfleet Harbor Actors Theater.

Enter Boris Zbarsky (Jonathan Randall Silver) and Vladimir Vorobiov (Will Dagger), two mismatched colleagues and hero-wannabees. Boris is politically aware and business-oriented; the irony of his connecting the task of embalming a Communist leader with a very capitalistic desire for fame and fortune isn’t lost on the audience. Vlad is the true scientist, an academic who spends increasing amounts of time with the bottle, doing a little internal embalming experiment on himself.

Both Silver and Dagger are amazingly good, inhabiting rather than playing their characters. As the relative insouciance of the first act gives way to a grimmer, darker second act, the desperation of the two men and the moral questions they face feel terrifyingly real, and yet they never let go of the humor and chemistry—no pun intended!—they share. 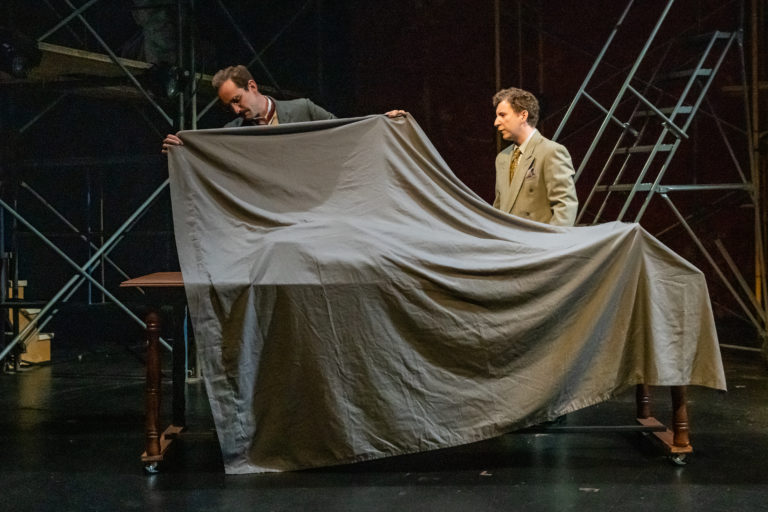 Lenin’s Embalmers is brilliantly successful at teasing out the satire inherent in the workings of the Soviet system; it’s a marvelous, heady brew combining humor and science with political maneuvering and desperation. RJ Tolan’s direction is snappy and sensitive and sustains attention and interest, even when embalming itself is center stage (who would have thought?). Robin Hayes’ Lenin—the corpse—addresses the audience from time to time, complaining with some asperity about his new status as national martyr and saint, and he amazingly even looks the part. Lacy Allen as Nadia—all the Nadias—is elegant and understated, able to effectively move from one character to the next with clarity and grace; it’s a delight to see her back at WHAT.

Robin Bloodworth is in his glory playing Stalin as sociopath: spouting half-baked ideas via half-finished sentences, roaring and swaggering literally all over the theater. His assistant Krasin (Joe Pietropaolo) kowtows convincingly, finishing Stalin’s sentences and generally playing straight man to Stalin’s absurd forays into humor, though he seems deeply shocked when his master turns on him.

Well, it’s all fun and games until they start the purges, right?

Lenin’s Embalmers is wonderful: funny, introspective, and thoughtful. Playwright Vern Thiessen has pulled a footnote out of the history books and thrown it onto the stage, and despite its odd subject matter, it works. That’s mostly due to Tolan’s sensitive direction, but it’s also the sum of everything. WHAT artistic director Christopher Ostrow’s brilliant set design is industrial noir: it puts the two Soviet leaders’ names in Broadway neon but keeps the rest dark, using few props but setting a mood of increasing fear. David Fraioli and Gigi Watson are effective as agents of what would eventually become the KGB. Costumes, lighting, and sound all mesh perfectly to deliver more than entertainment; Lenin’s Embalmers is an experience. And the ending is surprisingly perfect.

So how do you keep a legend like Lenin alive? WHAT does it effortlessly while continuing to build its own legendary status. Go see this play.