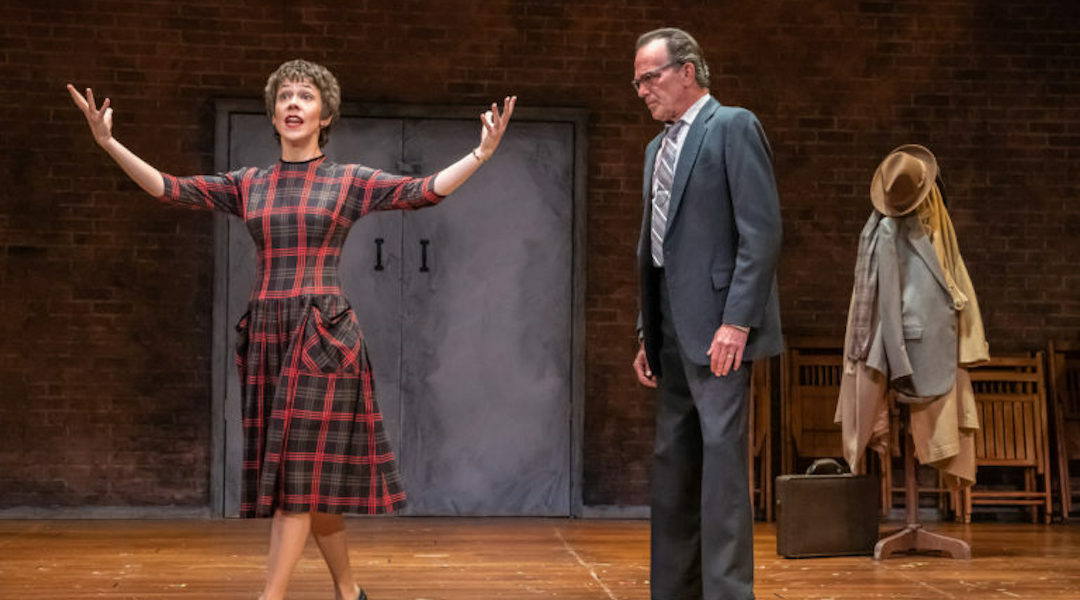 “You see, I am a critic. A critic is no-one,” says the self-deprecating Ken Tynan (Philip Hayes) in Austin Pendleton’s story of an imagined collaboration between Tynan, Orson Welles (Christopher “Chiz” Chisholm), and Laurence Olivier (John Feltch) during rehearsals for the Royal Court production of Eugene Ionesco’s Rhinoceros in 1960.

It’s a salient observation. While the critic may exhibit some unlikeable traits in print, their real role is to establish a dialogue between an audience and the play it has just seen. By placing a critic onstage, by giving that character alone permission to break the fourth wall, Pendleton is putting that dialogue front and center, and shows the man behind the curtain in a powerful way. 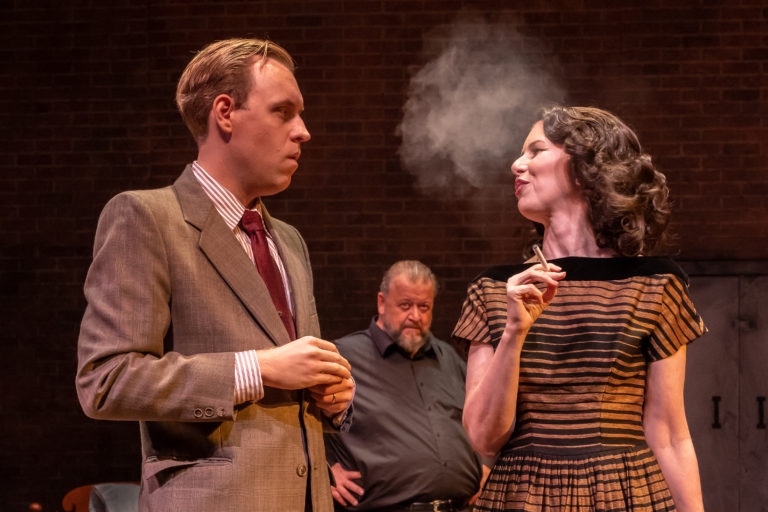 Welles agrees to direct a play he hates—Ionesco’s Rhinoceros—because he hopes thereby to obtain financing for Chimes at Midnight, the film that will eclipse his past work on the iconic Citizen Kane. Olivier, for his part, is aging and agrees to the play and to Welles’ direction so he won’t start down the slippery slope to oblivion. Vivien Leigh (Abigail Rose Solomon) is herself sliding—not into oblivion but into mental illness—and is breaking off her marriage to Olivier. And the twenty-something Joan Plowright (Kelsey Torstveit) is coming into her own both as an actor and as Olivier’s future wife. The predictable mishaps, personality conflicts, drama and frustration ensue.

As directed by the brilliant Brad Dalton, WHAT’s production of Orson’s Shadow (running in repertory with Rhinoceros), is rich in backstage goings-on: gossip, old feuds, new slights. What lifts it out of the pages of the tabloids is the clear vulnerability of each character, the desperation in both Welles and Olivier, the sadness behind each man’s striving for dominance in the creation of the play they both despise. Dalton could easily have gone for sleaze (the script clearly would have allowed it) but goes instead for something lighter: empathy, a wry understanding of his characters’ fears and motivations.

As Olivier, Fletch is the character one could most love to hate—or at least lose patience with. While Welles is doing his best to keep things normalized, Olivier can’t help but slip back into ways that may once have stood him in good stead but no longer work. “Mr Kazan,” he complains of his director in A Streetcar Named Desire, “changed everything Vivian and I had worked out!” He finds taking direction difficult—and direction from Welles nearly impossible—and pouts, whines, and struts all over rehearsals. He even ends up exasperating the ever-obsequious assistant Sean (Ryan Sheehan).

The one person who keeps her head through the whole ordeal is, oddly enough, Plowright: she of all people must have been holding in a great deal of pain and anger as Olivier obsessed over his wife, her health, her work, their partnership, his love for her, and just about everything but the state of her toenails. Yet she alone stays steady, practical, professional, and Torstveit is perfect in the role. 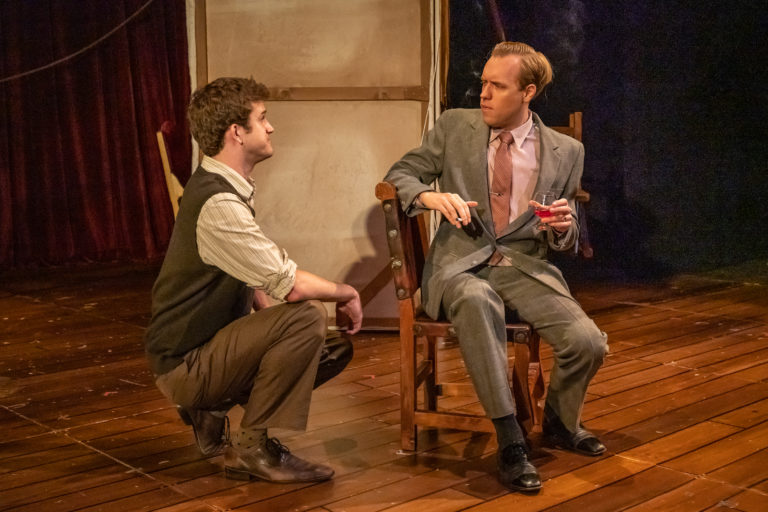 Ever-present is Hayes as the critic Tynan, never offstage and often the center of attention. He clearly admired both men and seems nonplussed to watch them going off the rails in tandem. He is our connection to them, the thread that runs through both their careers and his own. My only nitpick: a thin subplot having to do with his constant smoking and the consequent state of his lungs is less convincing and could have been excised.

I cannot fail to mention the start and end of the play, both of which visually draw the audience in with a physical and visual representation of life in the theatre. No spoilers here: go and see for yourself! The play is amusing, thought-provoking, and ultimately extremely satisfying.