View Our Full Calendar
NOTE: Information subject to change. Please be sure to refer to ptownie’s Provincetown COVID-19 update page for the most up to date information. 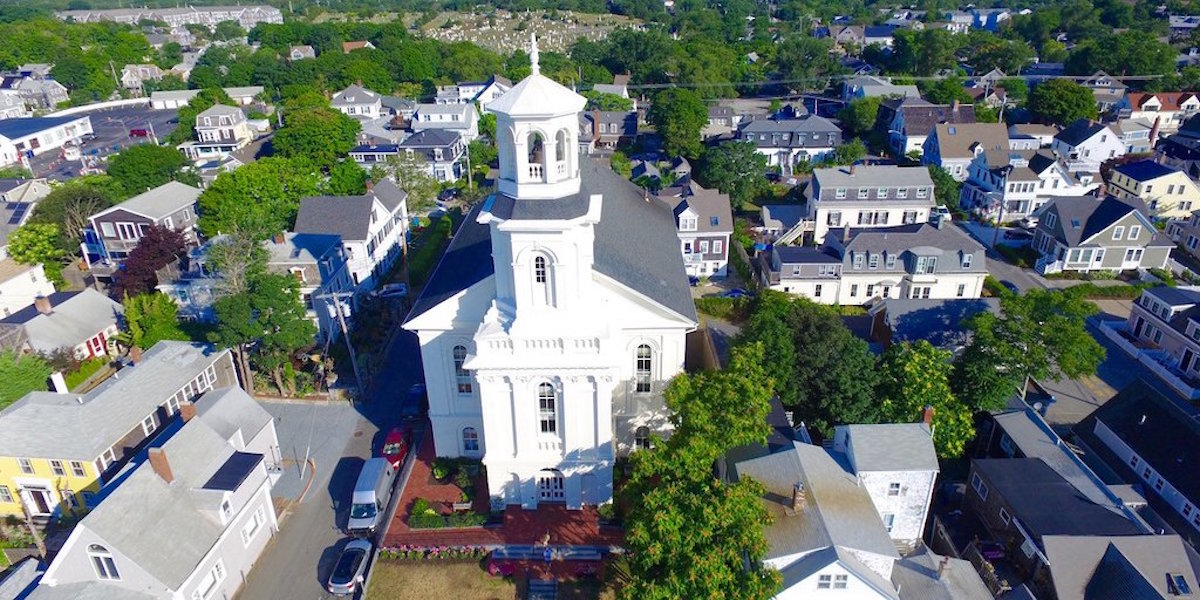 In April 2005, the Provincetown Public Library opened in the former Heritage Museum building, bringing new life to this magnificent 1860 wooden structure. Inside, the library is bright, spacious and designed to retain the feeling of the grand open spaces of the former church. On the first floor, much of the collection is displayed in custom-built cases constructed by Provincetown master carpenter Bill Ingraham as a gift to the town, using the mahogany arm rests from the church pews found in the basement before renovation.

A half-scale model of the fishing schooner Rose Dorothea sits in the center of the library’s children’s area, and the Lipton Cup, which the schooner won, is on the ground floor. A small, climate-controlled room to house the Josephine C. Del Deo Heritage Archives is located in the lower level. There is a magnificent view of the harbor from the top floor, a room reserved for Provincetown and Cape Cod history, and the Marc Jacobs Reading Room offers space for events.

History:
The library building was once the Center Methodist Episcopal Church. In 1860 it was reputed to be the largest church of Methodist denomination anywhere in the United States, costing $22,000 to complete and could seat 900 people in its 128 pews.

In 1958 the Methodist congregation sold the building at to Walter P. Chrysler, Jr. for conversion to an art museum; he ran the Chrysler Art Museum with limited success until 1970 when he packed up his collection and moved to Virginia where he opened a modern facility still operating today.

The building stood abandoned until 1974, when it was purchased for $90,000 with the idea of starting a “Center for the Arts.” Unfortunately the idea was a cultural success but a financial failure. Certified by the National Register of Historic Places, in 1976 the Provincetown Heritage Museum opened to the public. Volunteers set up exhibits on various aspects of the town’s heritage, including the building and installation of the half-scale model of the schooner Rose Dorothea. The Heritage Museum operated on a seasonal basis with a minimal staff and volunteers through the summer of 2000.

The use of Provincetown’s public library, located in a small building on the corner of Freeman and Commercial Street, was steadily growing. After much study and discussion, the Trustees of the Library concluded the Heritage Museum could be successfully renovated and transformed into a new library.

In 2001 the Provincetown Heritage Museum property was officially conveyed to the Board of Library Trustees for rehabilitation of the property as the Provincetown Public Library. The interior of the building was completely gutted, reconstructed and restored to its original design; the grand staircases maintained and restore the vaulted ceiling restored. 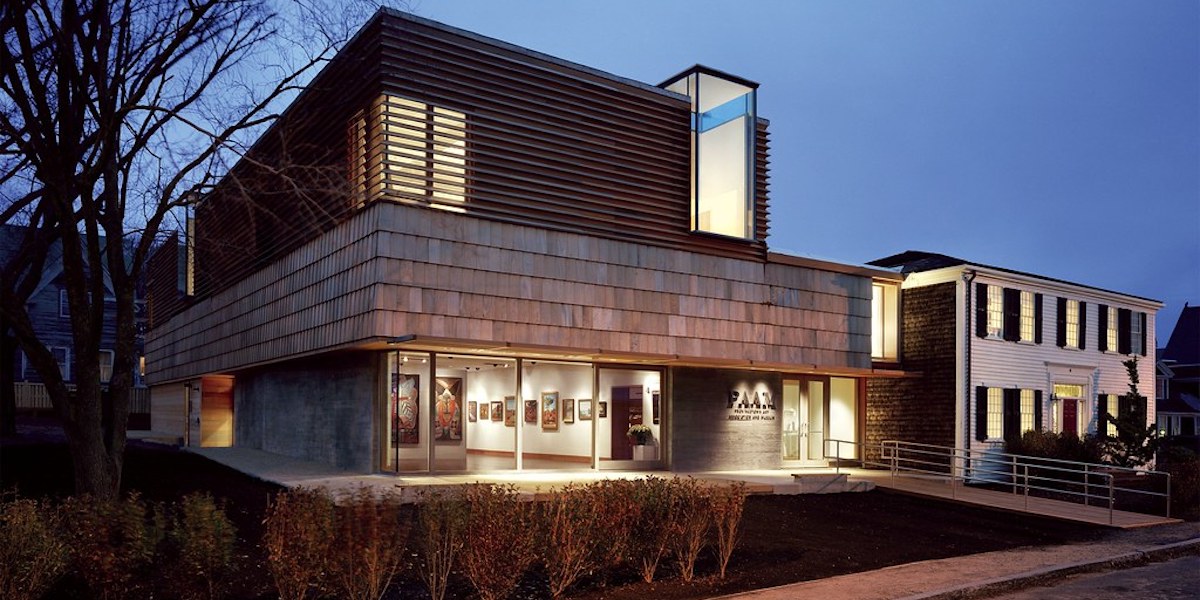 The Provincetown Art Association and Museum is a nationally recognized, year-round cultural institution that fuses the creative energy of America’s oldest active art colony with the natural beauty of outer Cape Cod that has inspired artists for generations.

As interest in the region’s contribution to American art history continues to grow, PAAM presents an ever-changing lineup of exhibitions, lectures, workshops and cultural events that seek to promote and cultivate appreciation for all branches of the fine arts for which Provincetown is known.

History:
PAAM was established in 1914 by a group of artists and townspeople to build a permanent collection of works by artists of outer Cape Cod, and to exhibit art that would allow for unification within the community. In 2014, PAAM celebrated its centennial year, with programming and exhibitions that highlighted significant artists, artwork, and events that contributed to PAAM becoming the vital cultural institution it is today.
Integral to the community comprising the Provincetown Art Colony, PAAM embodies the qualities that make Provincetown an enduring American center for the arts, and serves as Cape Cod’s most widely-attended art museum. 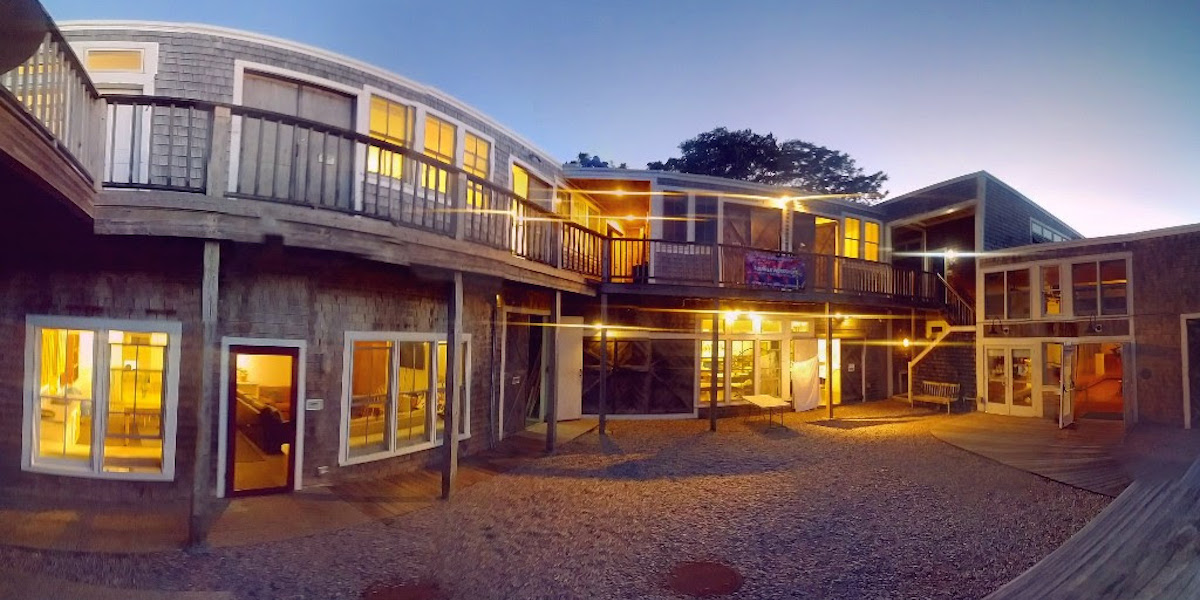 The Work Center is a leading long-term residency program for emerging artists and writers and one of the most renowned. Each year the Work Center offers residencies – the gift of time, space and community – to twenty Fellows selected from some 1,500 applications worldwide. From October to May, the Work Center gives the Fellows living and workspace, a modest stipend and each other. The only thing asked in return is that they focus on new work while they are in residence.

In addition to the Fellowships, the Fine Arts Work Center offers returning residencies for former Fellows, collaborative residencies for visiting artists and writers, an open-enrollment summer workshop program in visual arts and creative writing and 24PearlStreet, an online writing program.

The restoration of the year-round vitality of Provincetown as an historic artists’ colony lies at the heart of the Work Center’s mission. All of its programs are dedicated to enhancing this heritage. Each year they also bring nationally recognized artists and writers to Provincetown for lectures, readings and exhibitions, all free and open to the public and enjoyed by thousands of people in the community.

History:
The Fine Arts Work Center in Provincetown was founded in 1968 by a group of artists, writers and patrons, including Fritz Bultman, Salvatore and Josephine Del Deo, Stanley Kunitz, Phil Malicoat, Robert Motherwell, Myron Stout, Jack Tworkov and Hudson D. Walker, among others. The founders envisioned a place in Provincetown, the country’s most enduring artists’ colony, where artists and writers could live and work together in the early phase of their careers. The founders believed that the freedom to pursue creative work within a community of peers is the best catalyst for artistic growth. The Work Center has dedicated itself to this mission for over 40 years. 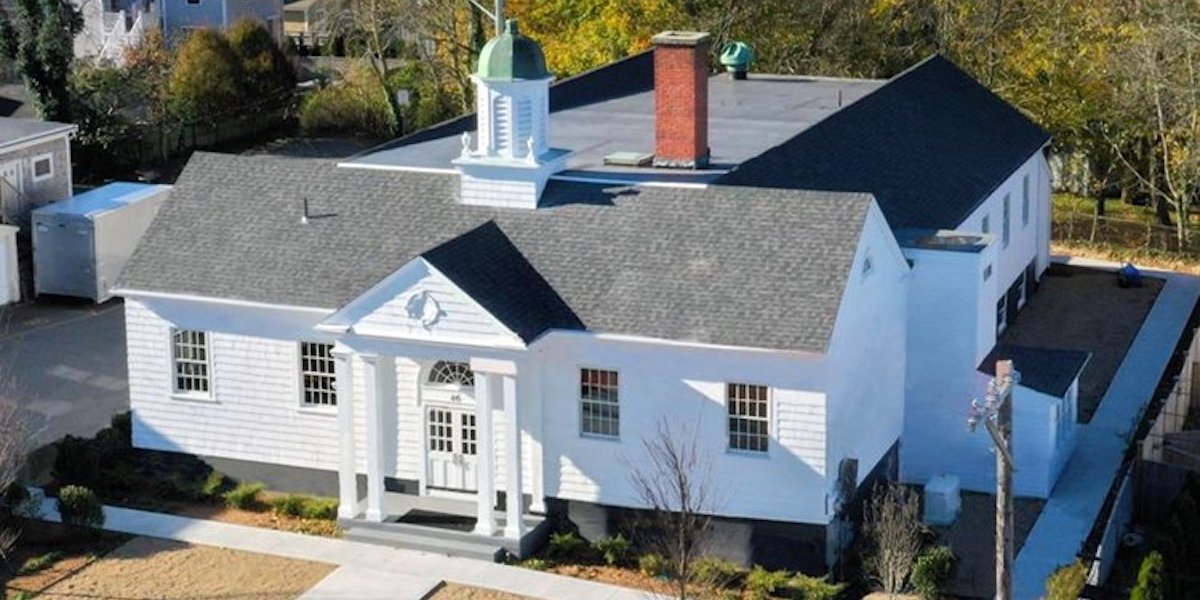 The Provincetown Commons supports creative professionals, artists, small enterprise, scientific and technological projects, and community initiatives through collaborative workspace, shared resources, and educational programs, and economic development initiatives. Through the development and management of accessible space and resources, The Commons serves as a nexus for collaboration, vibrant relationships, and new economic opportunity for creative people in Provincetown.

History:
In 1930, the Governor Bradford School was completely destroyed. The town rallied, rebuilt, and a new school flourished until the mid-1950s. In 1956, it became the Provincetown Community Center, which focused on after-school projects for kids. It was at the Community Center that in the winter of 1971 the sadly short-lived Outer Cape Repertory Film Society was created by artist Raymond Elman, co-founder of Provincetown Arts magazine, who showed 16-millimeter prints. Art and education flourished side by side. But over time the building needed work, and in 2013 the center moved its operations to the former primary school on Mayflower Street.

In 2017, the town select board agreed to lease the former center to a nonprofit group founded by Karen Cappotto and Mark Hatch, who had been sitting at the Artist-Loft talking about creating a place where year-round residents could come together for a variety of creative and collaborative projects. “Provincetown’s changing demographics and high real estate prices now make it difficult for creative people to find the space and collegiality necessary for advancing their work,” notes the Commons’ assessment of community needs. “(This) is an agile response to clear needs in the community to support start-up activities and to incubate emerging creative work.”

There’s more where that came from! Ptownie has more to share about our special town at land’s end. Check out our recipe for Black Truffle Bechamel from Tween the Tides in Provincetown, MA!