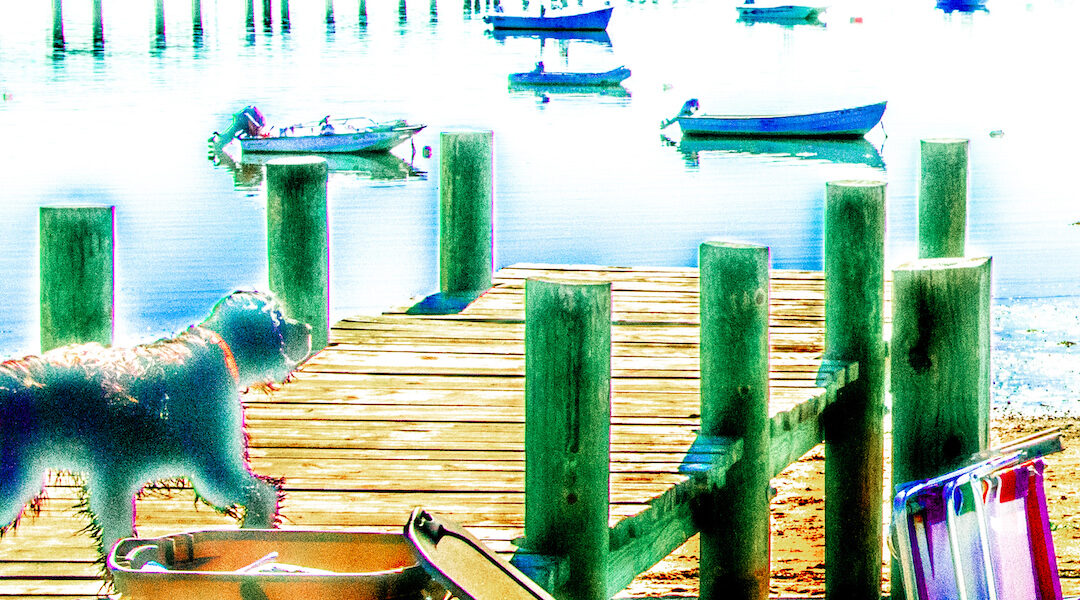 Joel Thurm wasn’t looking for a second career. “I was just doing what I love, experiencing interesting places and photographing them,” he says. Yet that love blossomed into work that covers three continents and crosses several oceans; and it will be on display at Gallery 444 in Provincetown from May 23 to 27.

This new venture came about after a long and illustrious career in Hollywood, where Thurm was casting director for a plethora of successful movies and television series, most notably Grease, The Rocky Horror Picture Show, Airplane, Starsky & Hutch, The Love Boat, and Fantasy Island. But photography was always a passion. “I’ve always been intrigued by cameras, and had my own, starting at about age eight,” Thurm says. “I was particularly interested in my mother’s old Kodak bellows camera, which mysteriously went from a large object to a very small one once the bellows deflated and the camera was closed. I remember using it to take a couple of rolls of black-and-white images of the United Nations building in New York on a school field trip. Without realizing it, I had an innate sense of framing and what would make a good picture.”

While he still occasionally works in black and white, Thurm has developed his own brightly colored style he calls “fantastical realism.” Bright colors always were an attraction. “I remember wearing yellow jeans to school, and had bright-red clam-digger pants when they came into style.” But it was travel that really helped develop his eye for color, when he spent a month in India and several weeks in Cuba. “India is infused with color, from women’s saris to painted trucks and signage all around.” 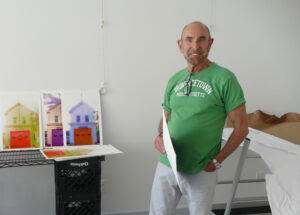 “I brought a brand-new untried camera with me on my trip to India and took almost a thousand photos–most of which were unusable,” he adds with a laugh. “A friend told me I could fix photos by using the built-in tools on my Mac, and this opened my eyes to a whole new form of photography. When pictures couldn’t be fixed, I pushed them further out of focus and began to saturate the already saturated colors even more. The immediate result was the photos began to look like impressionist paintings.”

This eventually developed into the style Thurm calls fantastical realism, “where the finished product looks nothing like the original image, yet you can still tell that it is a picture of a building, a tree, etc.,” he says. The desert landscapes of California lend themselves well to this treatment, and soon Thurm had a whole portfolio of palm trees and desert scenes in riotous colors.

His passion for Provincetown began four years ago when he joined a group of friends who spent a week in September at Captain Jack’s Wharf. “I was hooked!” says Thurm, who returned on his own, staying for the whole month and living in various condos around town for each stay, getting the feel of different neighborhoods. “Everything about Ptown in September worked for me,” he says now. “The air, the temperature, everything. But I was specially awed by the constantly changing light reflected off the bay and ocean.  I’ve never seen the color purple that often descends on Ptown at twilight.”

So the photographer in him got to work, producing stunning image after stunning image of town and dunes and fishing boats. He’d become friends with John Dowd, and invited the artist to his condo one day to look at his work. “He looked over it all and was very complimentary—with a but. There’s always a but, isn’t there? He said most of my work was very pretty and scenic, but what I did was what every other photographer was doing–pretty sunsets, seascapes, dunes.  Then he pointed to some of the work I’d printed out, these amazing California desert scenes, which I had processed through fantastical realism until they looked nothing like their natural state. He suggested I use the same process on stereotypical Provincetown images, like piers and landmark buildings… and that’s what I’ve been doing ever since!” 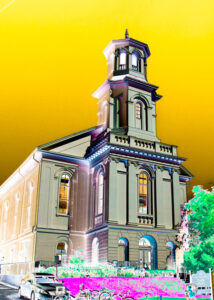 Thurm’s creativity comes from the everyday. “I’m inspired by what I see all around me, particularly those common objects, things like buildings, which we tend to overlook in our daily lives,” he says. So viewers can see a lineup of catsup, relish, and mustard bottles glimpsed at a country fair, or discarded fishing gear draped across a pier post.

Ordinary objects, that is, until Thurm’s fantastical realism imbues them with riotous life.

The exhibition is on view over the Memorial Day weekend, from Thursday, May 23 to Monday, May 28. An opening reception will be held to honor the photographer on Friday from 6-8, and he will be on hand throughout the weekend.