Art We Love & Why – What Artists Have Embraced Provincetown’s Artistic Heritage? 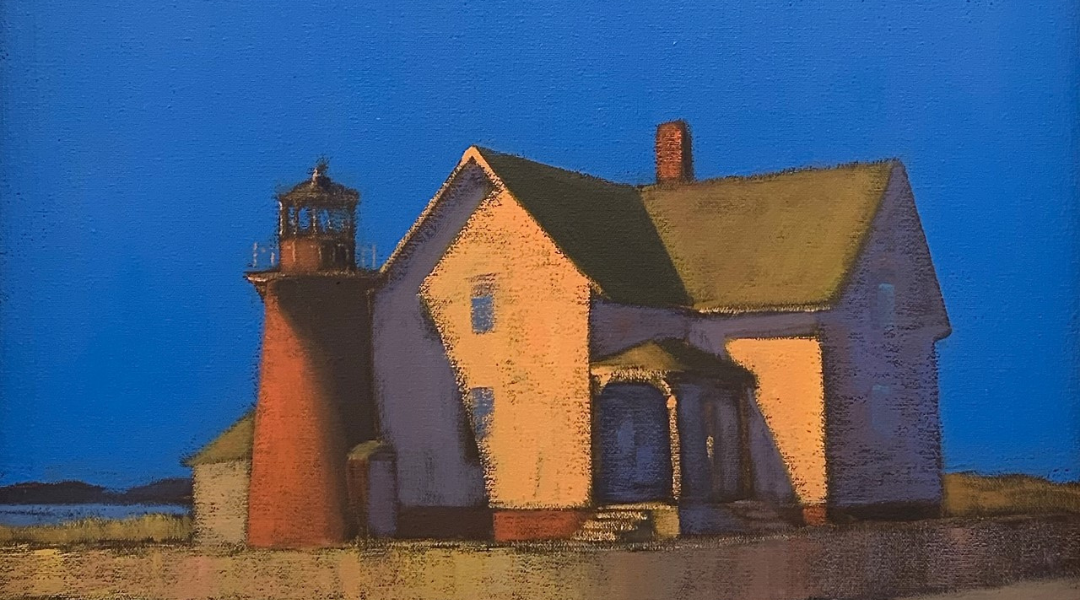 Art We Love & Why-  Enduring Traditions. Provincetown has had a thriving gallery scene for generations. In hindsight you can see defined “eras,” but in reality it’s one big continuum. Artists fresh to town are inspired by those who came before them and then set out to forge their own visions. This week we’re looking at work by artists who have embraced Provincetown’s rich artistic heritage and will no doubt be the inspiration for the artists who wash ashore fifty or a hundred years from now. 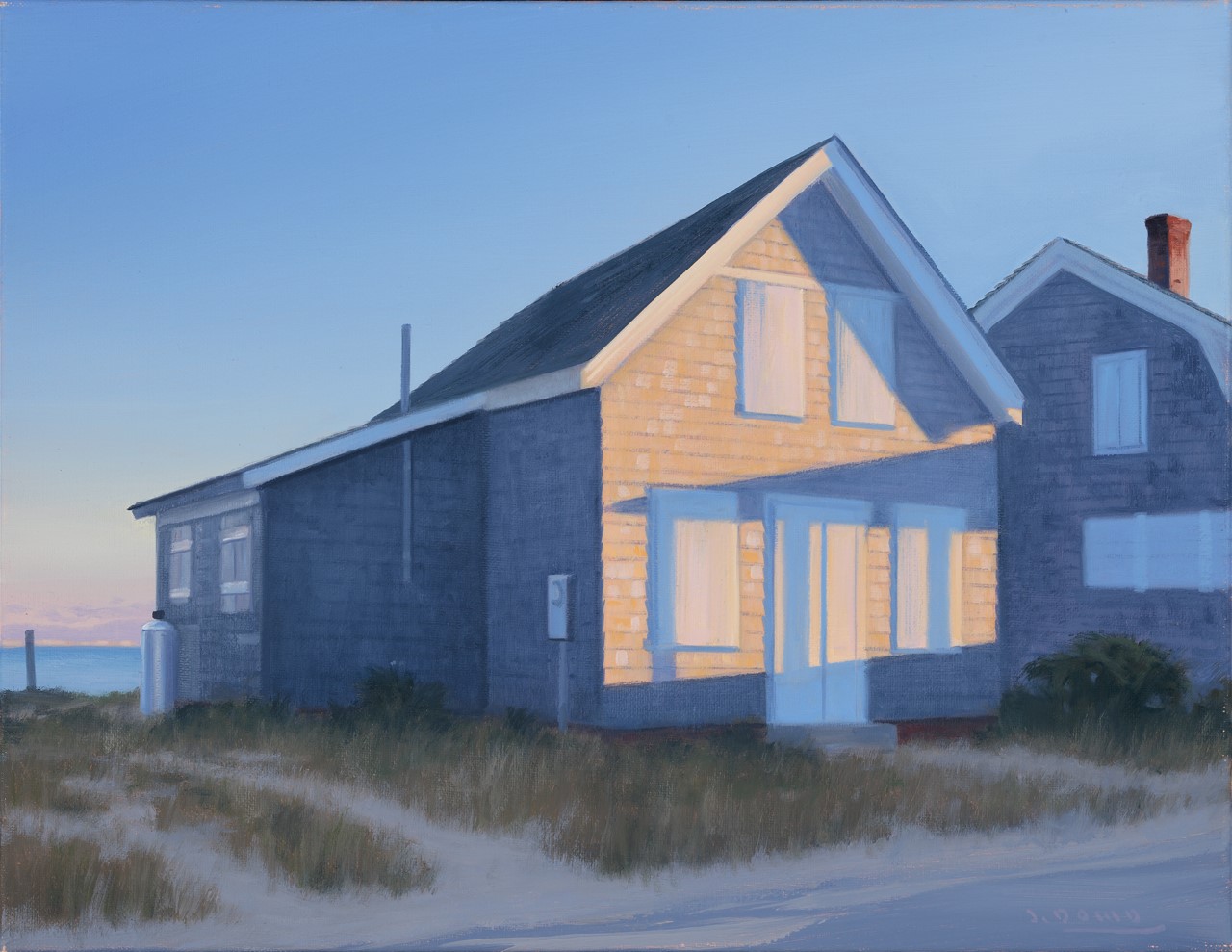 It wouldn’t be Labor Day in Ptown without the annual show of John Dowd’s latest work at William Scott Gallery. The windows are papered over in anticipation of opening night, and collectors jockey for position, wallets in hand. So why the fuss? Well, there’s no other painter who captures the world of Provincetown on such a deeply beautiful and emotional level. If you’re a seasonal visitor, one of his paintings can transport you back to Provincetown through the whole winter. This piece encapsulates all that make his paintings sing – the quality of light, balanced composition, and elevation of a simple cottage into an icon for the ages. 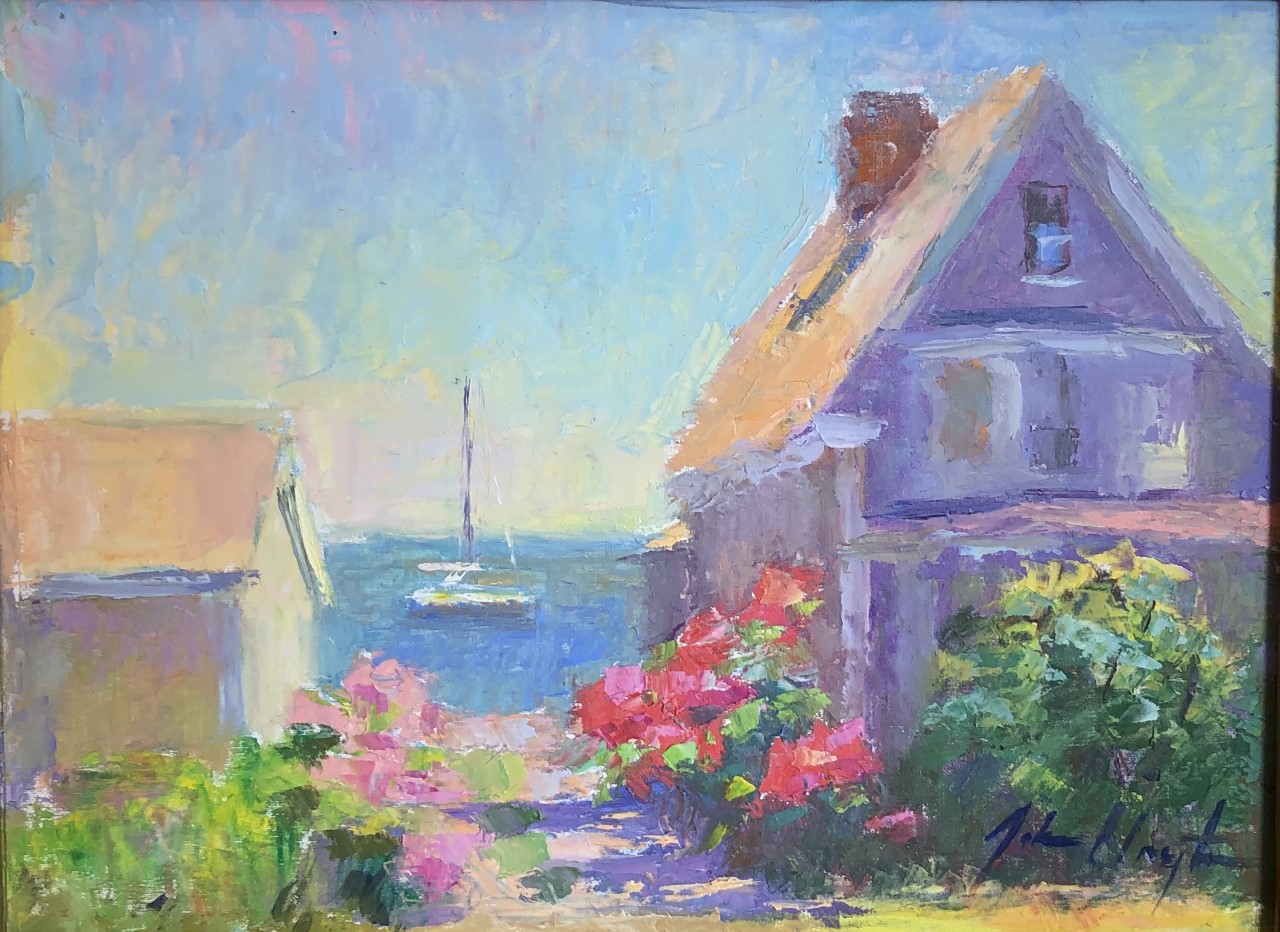 On a beautiful summer day in Provincetown you can bump into any number of artists who have set up easels just as they’ve been doing since the late 19th century, when Hans Hoffman opened his Cape Cod School of Art here. The “Cape Cod School” eventually became a style, a branch of American Impressionism known for its rich color palate. Here John Clayton has deployed a gorgeous array of color to capture an August afternoon on Commercial Street. I happened to walk by as he was painting (with palate knives, not brushes) and was fascinated by the color choices he was making. They didn’t make sense to my eye when he scraped them off the palate, but as he applied them, light and shadow and a beautiful painting came to life. 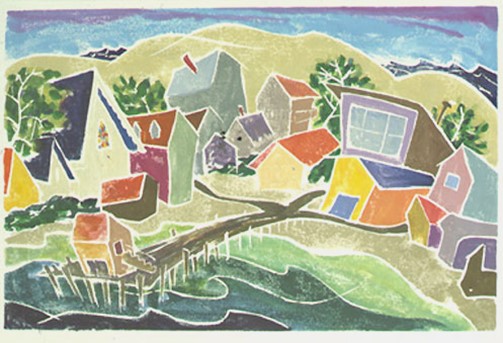 The white line woodcut (a.k.a. the Provincetown Print) was pioneered by artists such as Blanche Lazzell and Edith Lake Wilkinson in 1913/1914, and the format has remained popular over the ensuing decades. Today Bill Evual is perhaps the most notable practitioner. His Dancing Houses captures the essence of the town – the joyful mashup of sea, sand, sky, and village. There’s not a soul to be seen, yet the town is vibrating with energy. And he’s taken an art form born in the age of Cubism and brought it firmly into the 21st century. 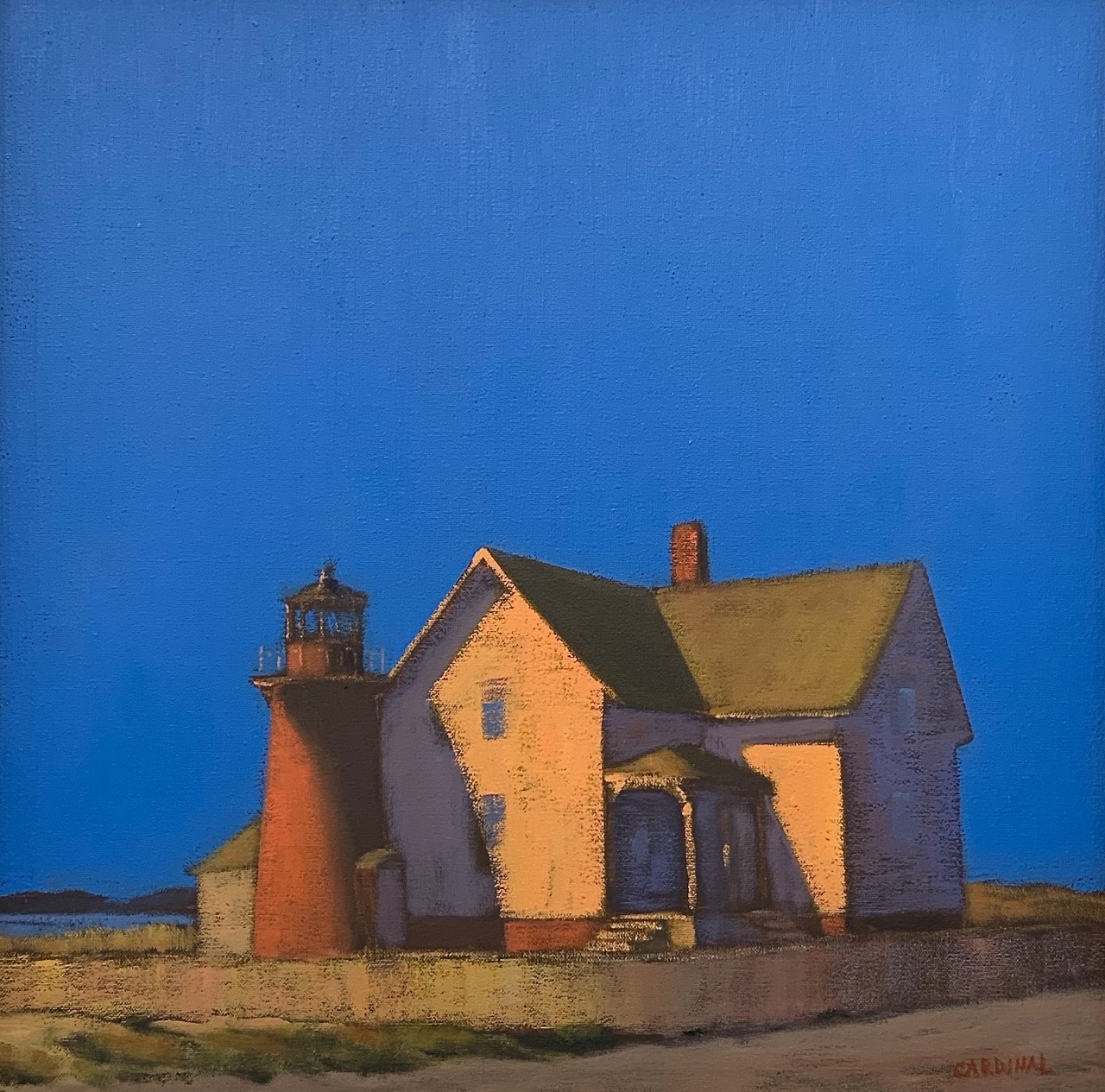 Robert Cardinal’s color-saturated landscapes have an intensity and a power that draws you in from across the room. In a way they’re direct descendants of Edward Hopper’s work, with their iconic Cape Cod architecture and golden light. But Cardinal has pushed the boundaries to make the work unmistakably his own. He abstracts and extracts – reducing the composition to its bare essence and then enhancing the impact of each elements with a bold palate. Exaggerated? Only if you’ve never watched the sun set over Herring Cove.

George Rogers is an artist and ceramicist.  After a career in museums including the MFA in Boston and the Smithsonian, he and his husband moved to Provincetown full time three years ago.