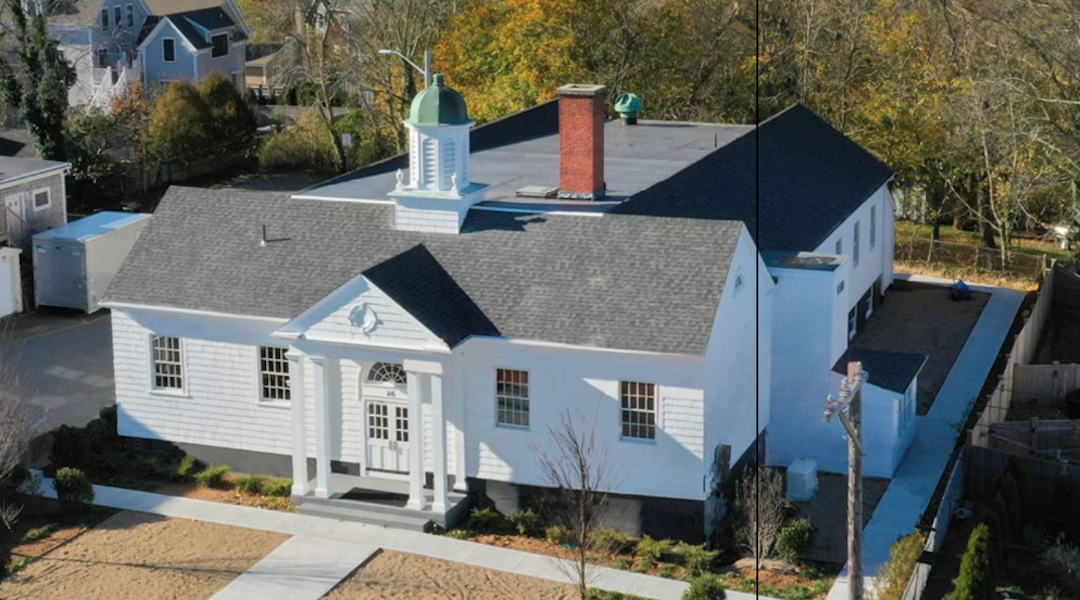 The Colonial-style building is a phoenix, rising from the ashes of its previous incarnations, and today’s Provincetown Commons is possibly the most beautiful version of that fiery bird.

The story of the Provincetown Commons’ rebirth starts, in fact, with a fire: on the night of March 26, 1930, the Governor Bradford School at 46 Bradford Street was completely destroyed. The town rallied, rebuilt, and a new school flourished until the mid-1950s.

The building rose again—figuratively, this time—in 1956, as the Provincetown Community Center, which focused on after-school projects for kids. The halls were “echoing with the voices of easily a hundred kids,” said longtime resident and historian Susan Leonard. “Friday night dances were the place to be for PHS students. Almost everyone’s first real date was here!” It was at the Community Center that in the winter of 1971 the sadly short-lived Outer Cape Repertory Film Society was created by artist Raymond Elman, co-founder of Provincetown Arts magazine, who showed 16-millimeter prints. Art and education flourished side by side. But over time the building needed work, and in 2013 the center moved its operations to the former primary school on Mayflower Street.

And the building stood empty, echoing with its past, the voices of students, the music of dances and films.

In 2017, the town select board agreed to lease the former center to a nonprofit group founded by Karen Cappotto and Mark Hatch, who had been sitting at the Artist-Loft talking about creating a place where year-round residents could come together for a variety of creative and collaborative projects. And that’s where the final resurrection of the space began, with a vision of a home for creativity in Provincetown, a space for people to work collaboratively—or just in the company of other artists and thinkers. “Provincetown’s changing demographics and high real estate prices now make it difficult for creative people to find the space and collegiality necessary for advancing their work,” notes the Commons’ assessment of community needs. “(This) is an agile response to clear needs in the community to support start-up activities and to incubate emerging creative work.” 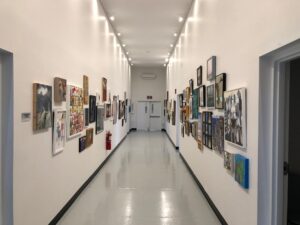 What was once a school has again taken on a mission of education. The Commons is a place where magic happens. People communicate. Light and color are appreciated and captured on canvas and words. Not surprisingly, the tagline entices: Create. Innovate. Collaborate.

The exhibition hall is airy and bright—and available, again, at affordable rates. The hall was used this spring for an exploration of cycling on the outer Cape; currently it’s presenting non-juried works by outer Cape artists as part of the Commons’ Summer Show. An outdoor sculpture garden is in development.

The building that once echoed with children’s laughter has found its vocation renewed, for at least the next 99 years (the length of the lease from the town), to continue to educate, inspire, and bring people together to support each other’s visions and dreams. With its bright and beautiful plumage, the phoenix has risen again at 46 Bradford Street.

Why not stop in soon and see for yourself?