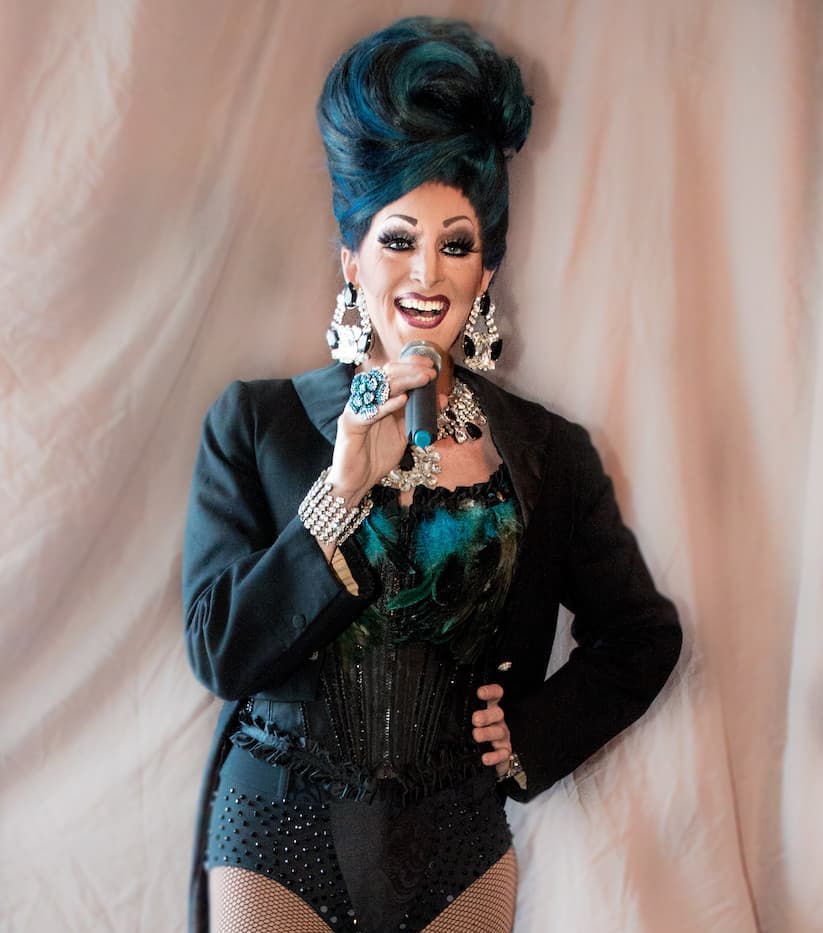 The Anita Cocktail Variety Hour will feature Anita Cocktail as your Hostess Fridays and Saturday nights ALL SEASON with a different cast of Drag Legends each week. Local Favorites Abby Cummings and Jona Williams are confirmed among the guest stars including Ladiva Jones, Haley Starr, Jaqueline DiMera, Savannah Deveraux, Barbie Que, Ania Bangcocks and everyone’s favorite “Many More”. With a blend of Live Vocals, lip Sync, Comedy, Burlesque, and everything in-between this hour-long Variety show will feature some of the best entertainers, Pageant Queens and title holders New England has to offer. Its been well over a year since most of these queens have performed for a LIVE Audience, so come prepared for these Showgirls to SLAY the house DOWN! See you upstairs at the Cabaret! 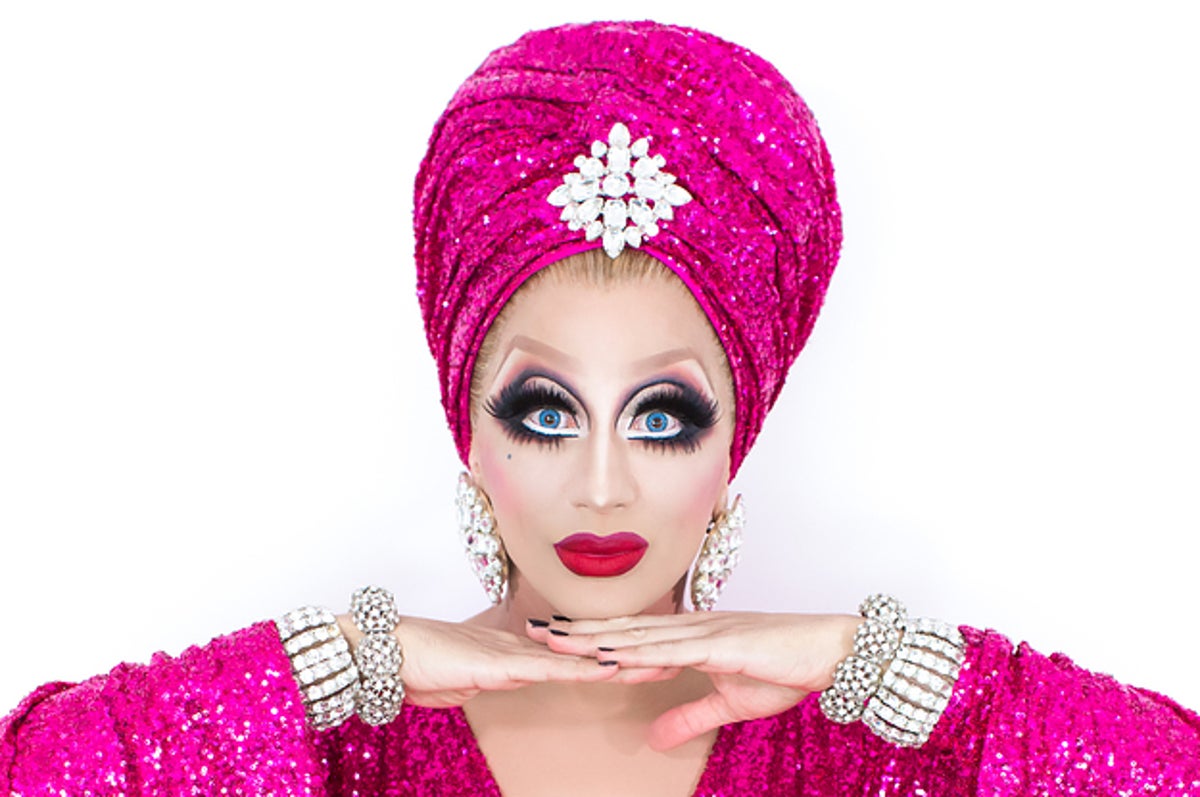 The RuPaul’s Drag Race Season 6 champion returns to Provincetown with an all-new show. Bianca Del Rio is the alter ego of seasoned comic Roy Haylock and season 6 winner of RuPaul’s Drag Race, is a self-professed clown in a gown. This hilariously hateful comic is known for her foul mouth and unapologetic humor, but her victims hardly have time to feel the sting before she zips on to the next topic. 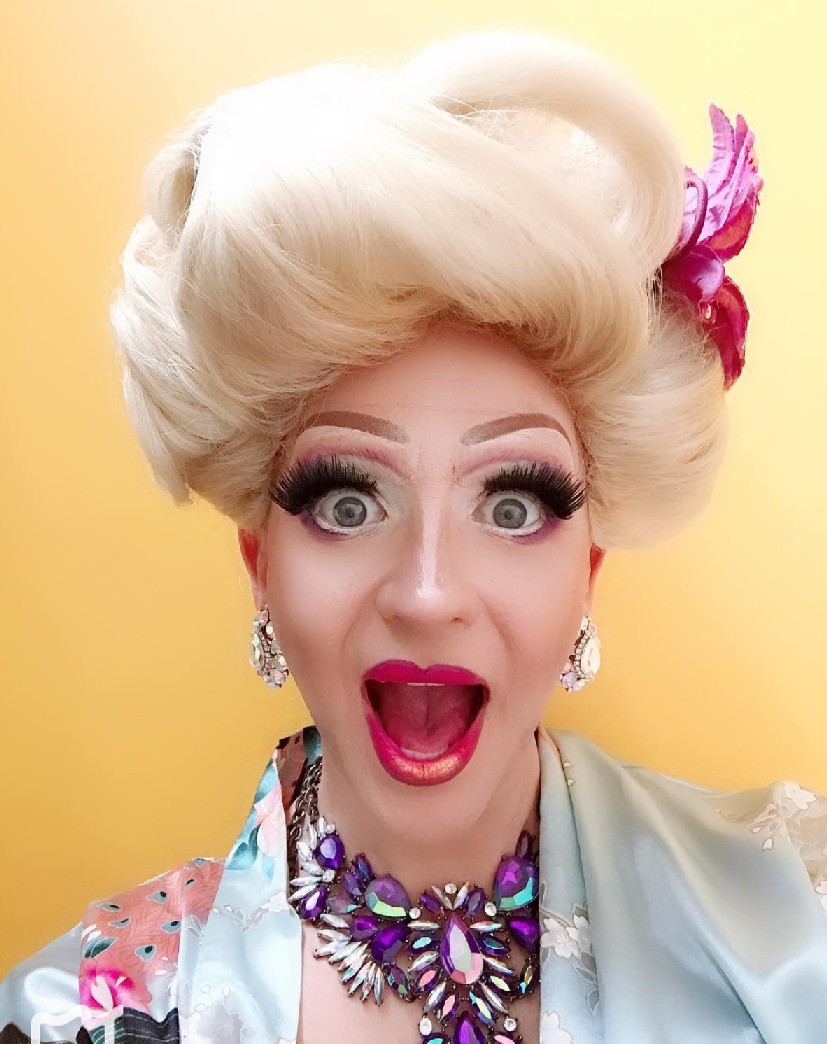 Fatherhood’s not easy, especially in heels! Join the Belty Broad from Broadway, Cacophony Daniels, as she sings live about the joys and challenges of being both a drag queen and a dad. Featuring songs from Disney, Broadway, and your favorite pop divas, this family-friendly show will have you laughing, crying, and yelling “Yaaas Daddy!” 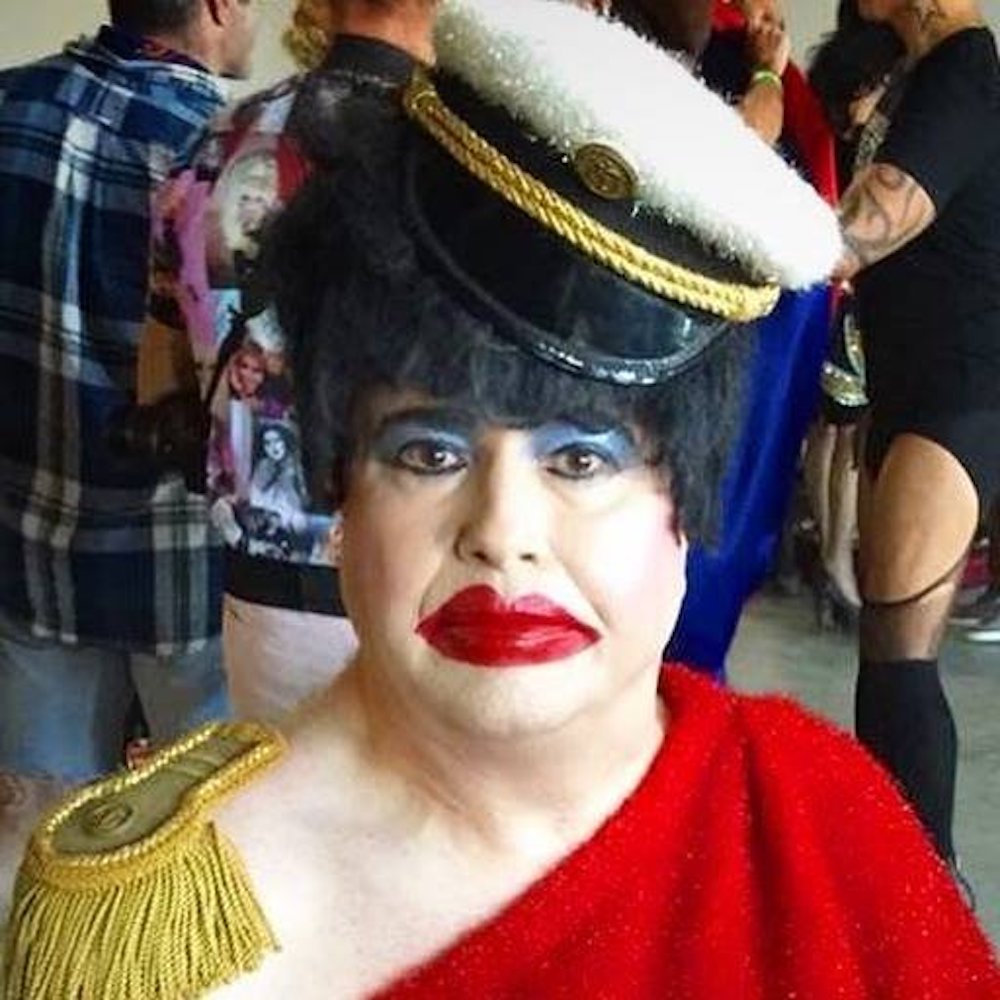 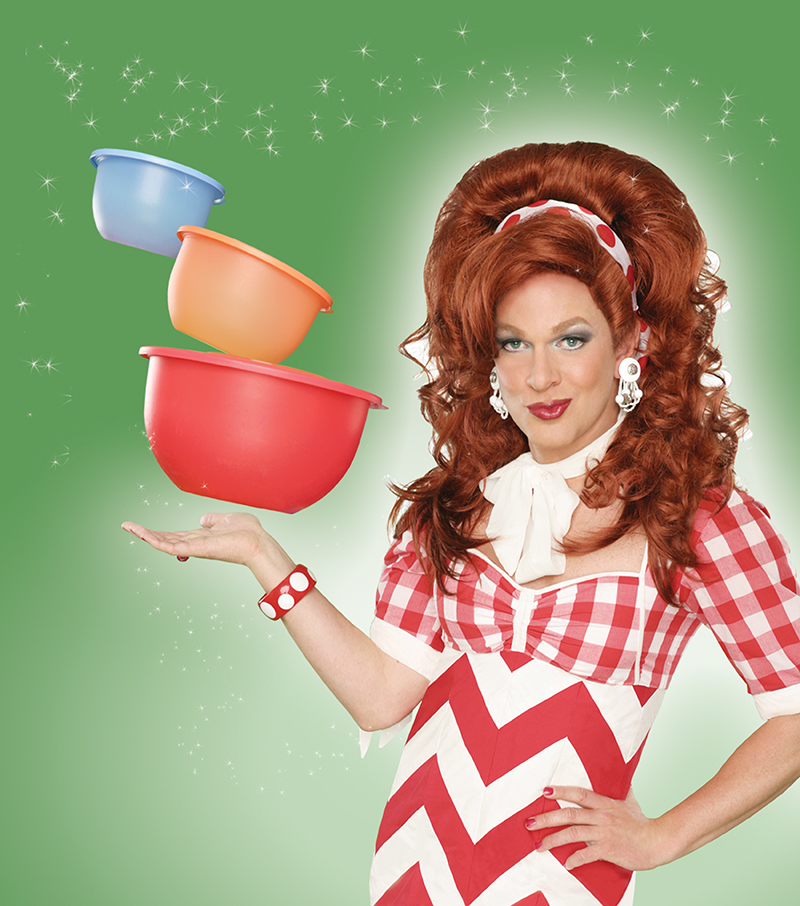 Right now, the world needs a drinking buddy. and there’s no one more qualified for the job than Alabama’s favorite daughter, Dixie Longate – a gal who’s never too far away from a cocktail. Spend an evening with Dixie on this uproariously raucous joyride where she’ll inspire you to find your personal happy hours while serving up the four basic food groups: gin, rum, vodka and tequila 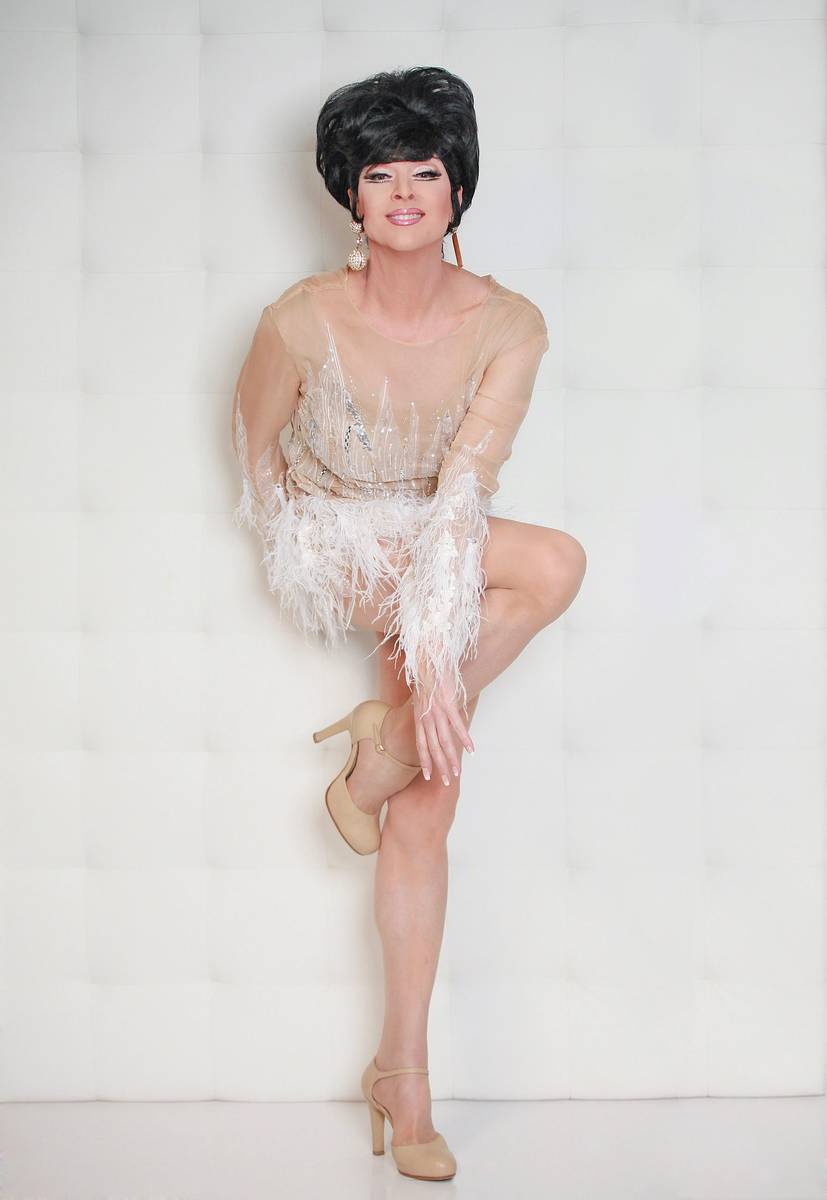 What does life hold for a queen who has performed over 5,600 shows in a Cirque du Soleil show that has closed permanently during Covid?

“UNLEASHED!” tackles “what’s next?” as Edie takes a look back at what lead her from her hometown of Portland, Oregon to the bright lights of New York City and eventually to Las Vegas, the Entertainment Capital of the World. The show is a high-energy, high-kickin’ semi-autobiographical look at a performer’s career through song, stories, comedy, videos, and lots of dance!

It’s part tribute to those who have inspired her. Liza. Ann Reinking. Barbra Streisand. It’s also a celebration of a career that led a young dancer to a professional ballet career with 5 companies to a tap company in NYC to her Broadway debut in the ThreePenny Opera at Studio 54 to the host of Cirque du Soleil’s Zumanity, and all the gigs along the way. 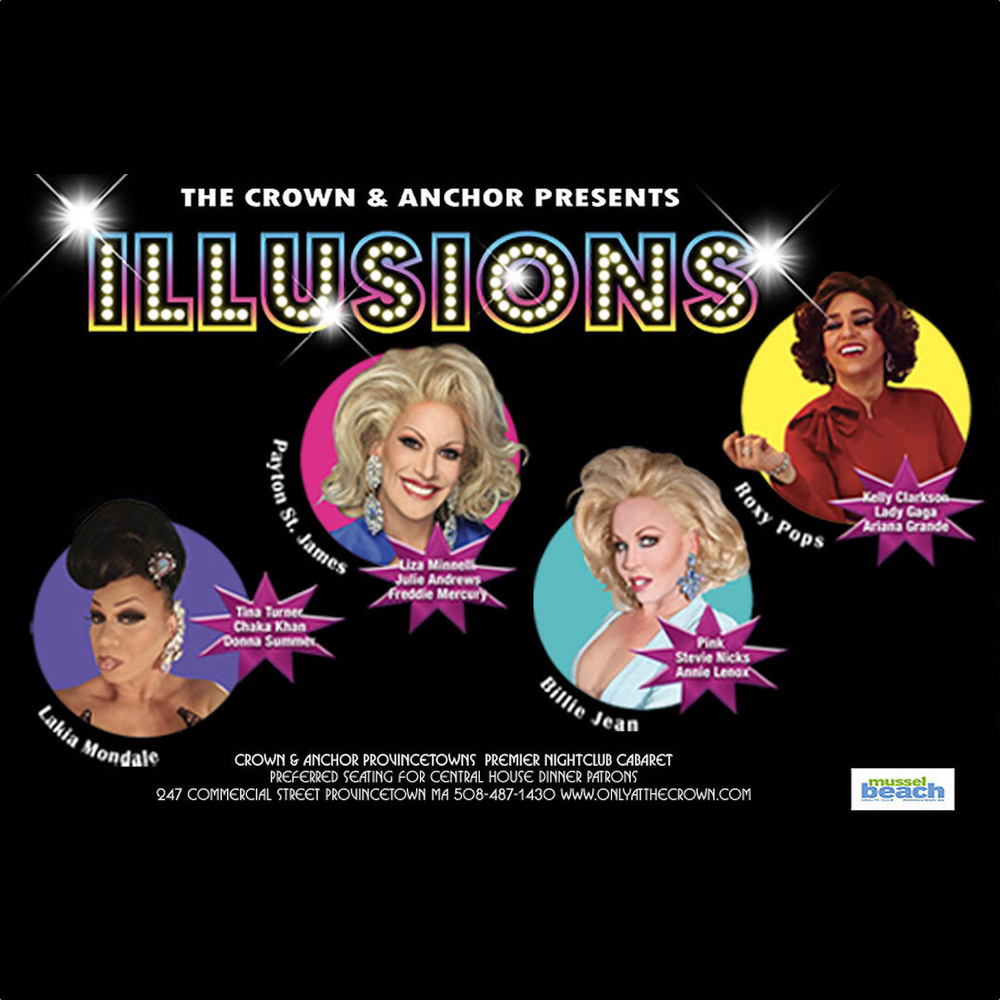 Classic drag at its finest! Glamour, skin and original sin all wrapped up in glitz and glam with the Ladies of Illusions. Celebrity impersonations with plenty of upbeat music and laughs thrown in for good measure!

Illusions Drag Revue is classic drag with the performers coming into the audience during each number to “werk” the room! Get ready for a fast, furious and fun-filled hour of entertainment! 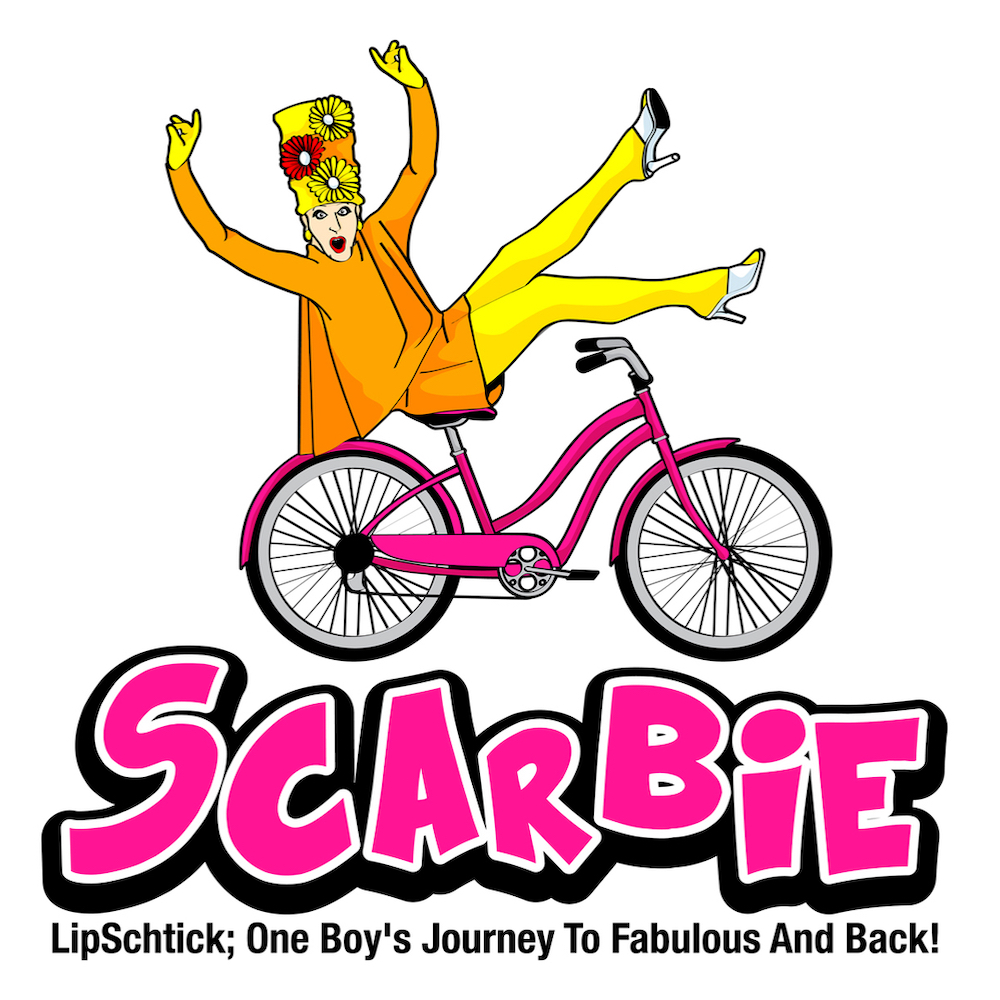 ​​Lip-Schtick is a one man musical comedy, in which David Scarbie Mitchell evolves through seven characters and eleven costume changes without EVER leaving the stage. The audience sees the whole changing process, which is fast paced, set to music, and sometimes hysterically “out of control.”

The show is filled out with some improvisation elements which thread throughout the show and keep each performance fresh and spontaneous. Some audience members are included in the improv resulting in unrestrained laughter.

Lip-Schtick is a one man tour-de-force suitable for all ages, genders, lifestyles and abilities. 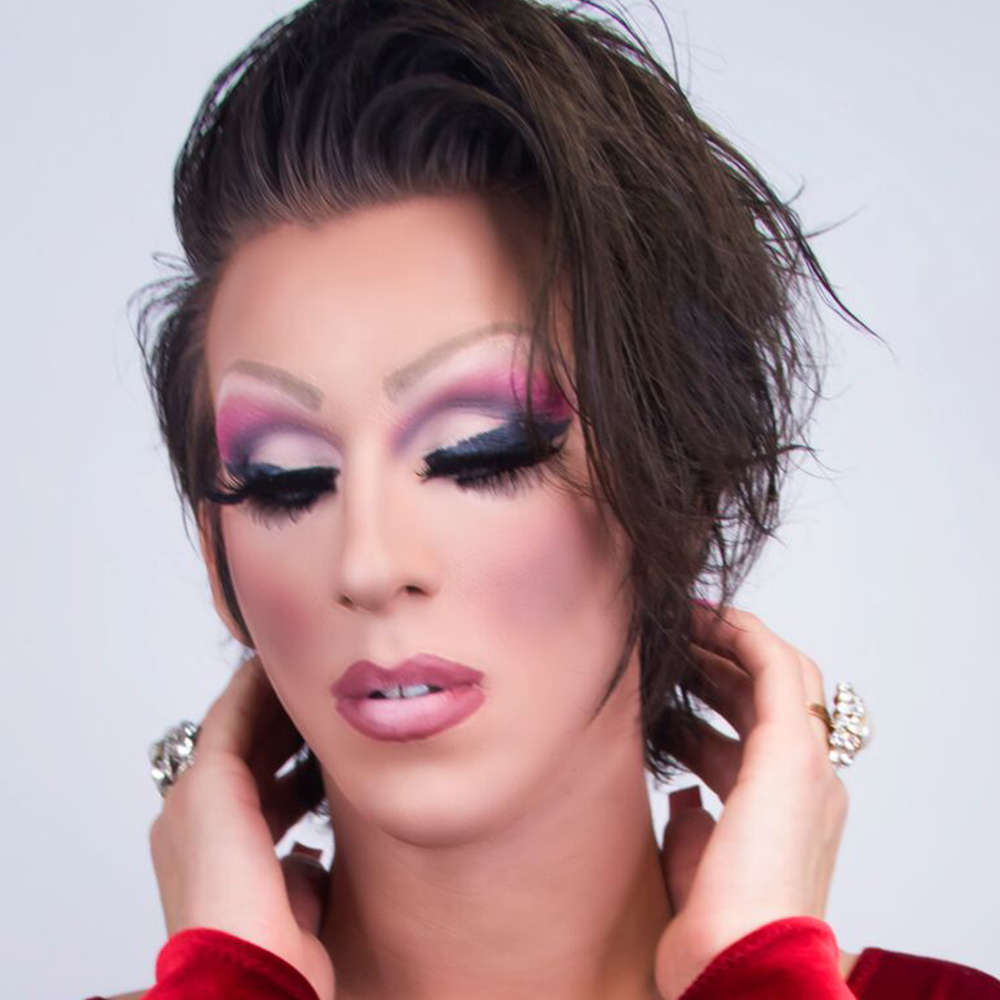 His comedy and musical concerts have taken him around the world selling out shows across the USA, Europe, and in Canada and Mexico. Marti is a regular fixture on the RSVP and Atlantis cruises. Marti will be making his Lincoln Center concert debut in early 2019 with his band Marti and the Cummers and his holiday duets album featuring Tony Award winner Cady Huffman and Tony Award nominee Daphne Rubin-Vega is available on iTunes and Spotify.

Cummings returns to the Crown with his irreverent humor, singing your favorite hits alongside Blake Allen. Let you hair down and unwind with this early evening of camp, storytelling, laughs and song.

Through his political work he is the founding president of the Hells Kitchen Democrats, is a member of New York’s Community Board 9 after being appointed by The Manhattan Borough President and was appointed by the Speaker of the NYC Council to be an advisor of the Office of Nightlifes Advisory Council for the Mayor. 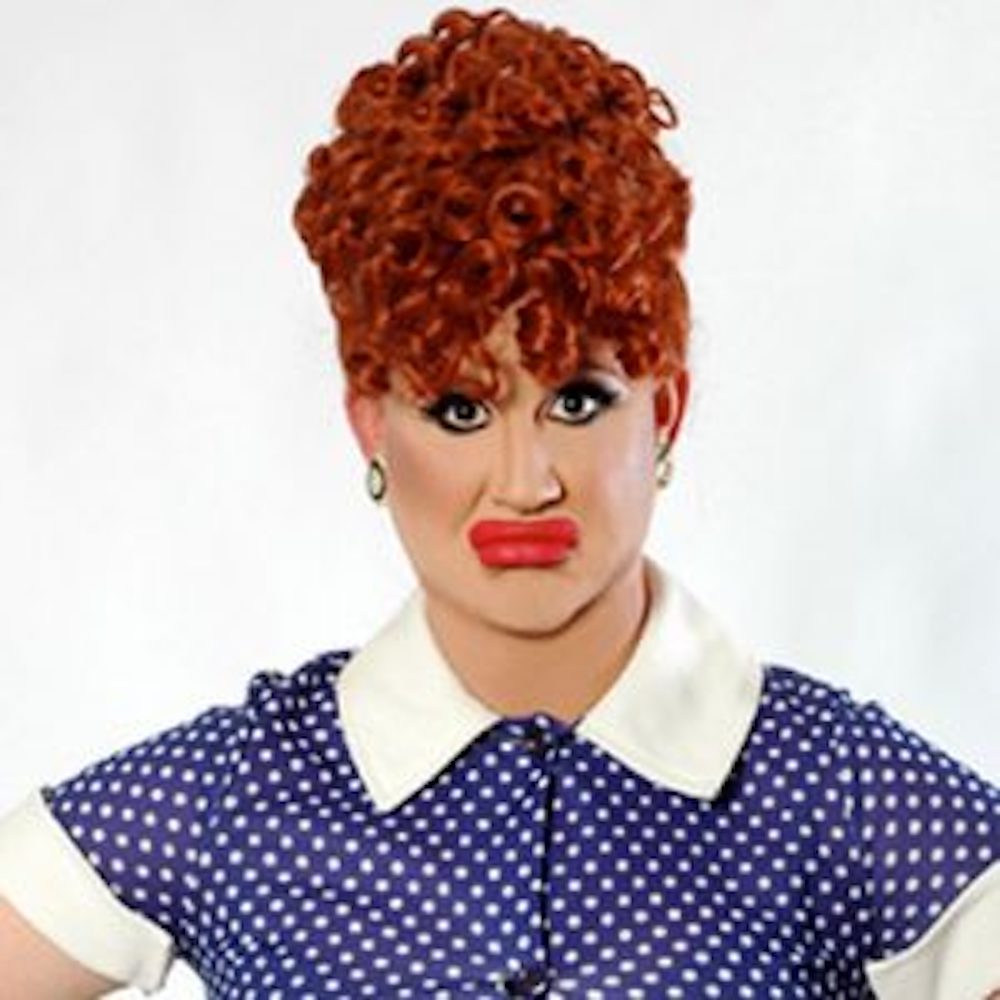 Join us for a night at the Provincetown Follies, a cabaret-style show of fun and colorful craziness with a touch of Vegas, Folies Bergère, and Moulin Rouge. The Gayest Show in Town is a benefit for the Provincetown Business Guild. 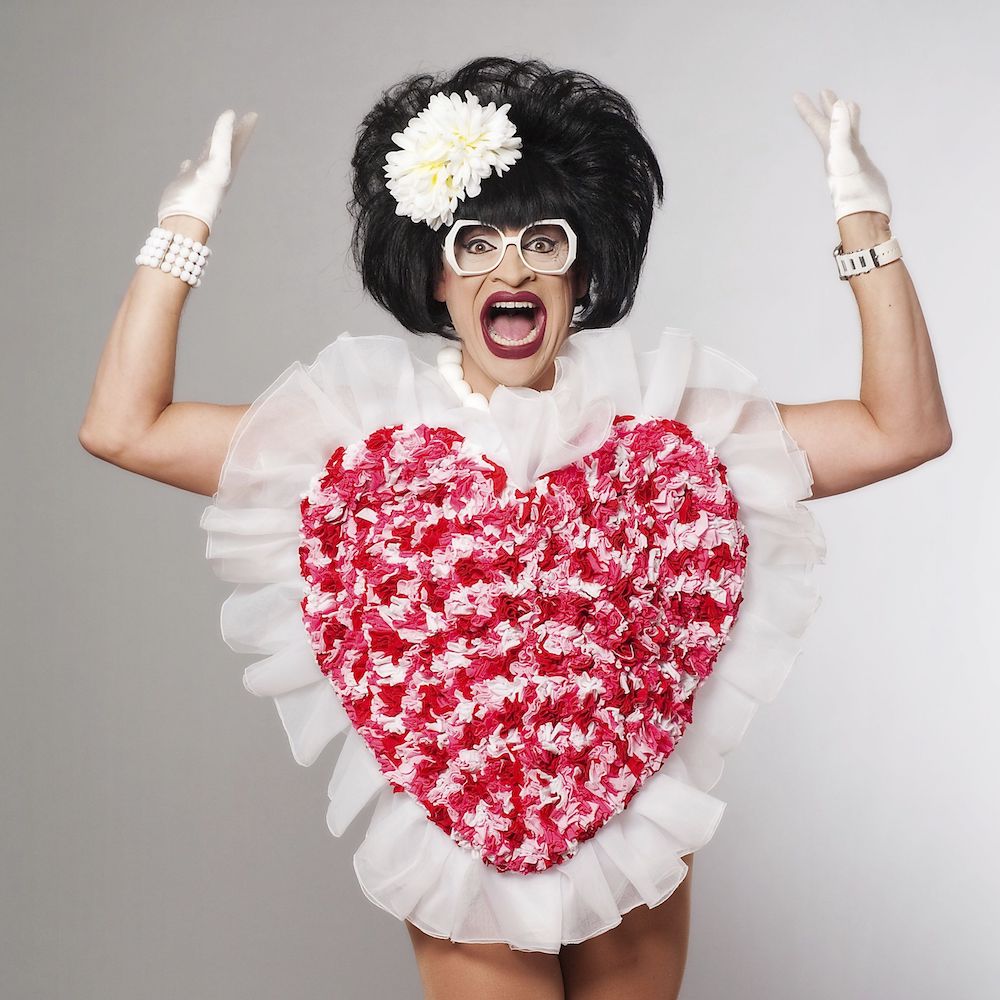 Celebrate four decades of professional beauty with Miss Richfield 1981 in her all-new show, “40 Years on the Throne”. Hear the true-life story of how Miss R won her beauty title and clawed her way to the middle to become a suburban ambassadress of Richfield, Minnesota. This multi-media extravaganza will feature songs old and new, along with videos, games, and audience interaction that makes each show different and special, much like Miss R herself. 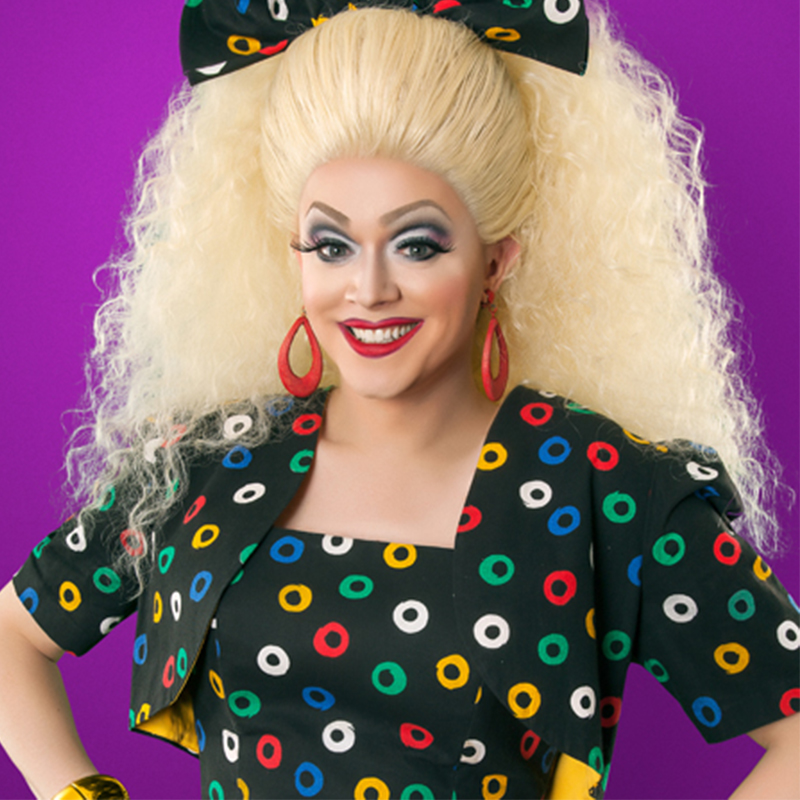 Get ready for the ride of your life! “Showbiz Spitfire” Paige Turner is ready to take you on a much needed “Joyride” after the tumultuous year we’ve all been through! Begin a journey to the new normal in this ridiculous all live sung evening of mayhem and foolishness! Featuring signature song parodies and music from Hamilton, Priscilla Queen of the Desert, The Carpenters and more! Games, Prizes and Joy Guaranteed! 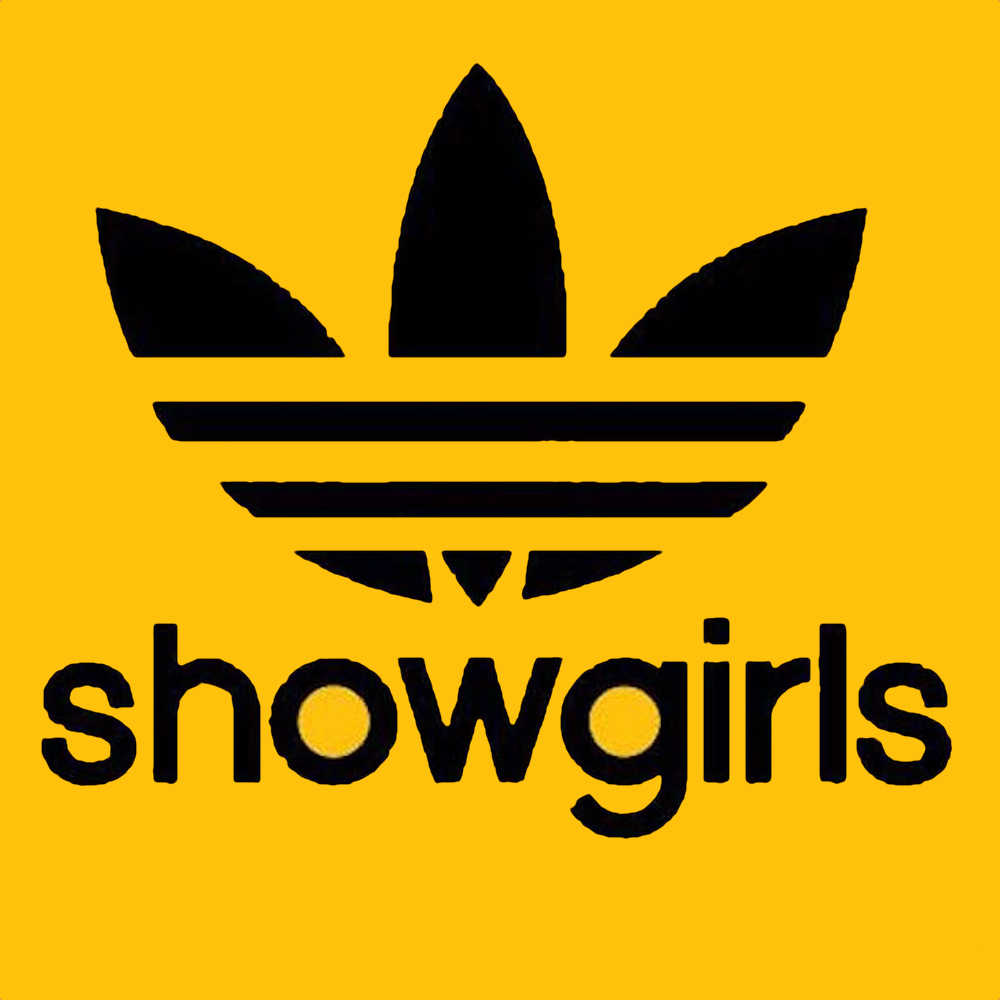 The longest-running show in Provincetown history returns for its 30th season, starring Ryan Landry and the Gold Dust Orphans. This iconic show is part talent show, part performance, with local queens, celebrity guest stars, and camp all the way. The Gold Dust Orphans are an award-winning, Vaudeville-inspired theatrical troupe founded in 1995 by Ryan Landry and Scott Martino. For the last 25 years, the Orphans have been delighting audiences in Boston, Provincetown, and NYC with their fanciful flights o’er the hills and valleys of comedic melodrama, fantasy, and political satire… and they have no intention of stopping! Contestants vie for a $500 cash prize.

Location:
To be Announced Soon

Pricing:
Advance purchase at The House of LaRue, 244 Commercial Street 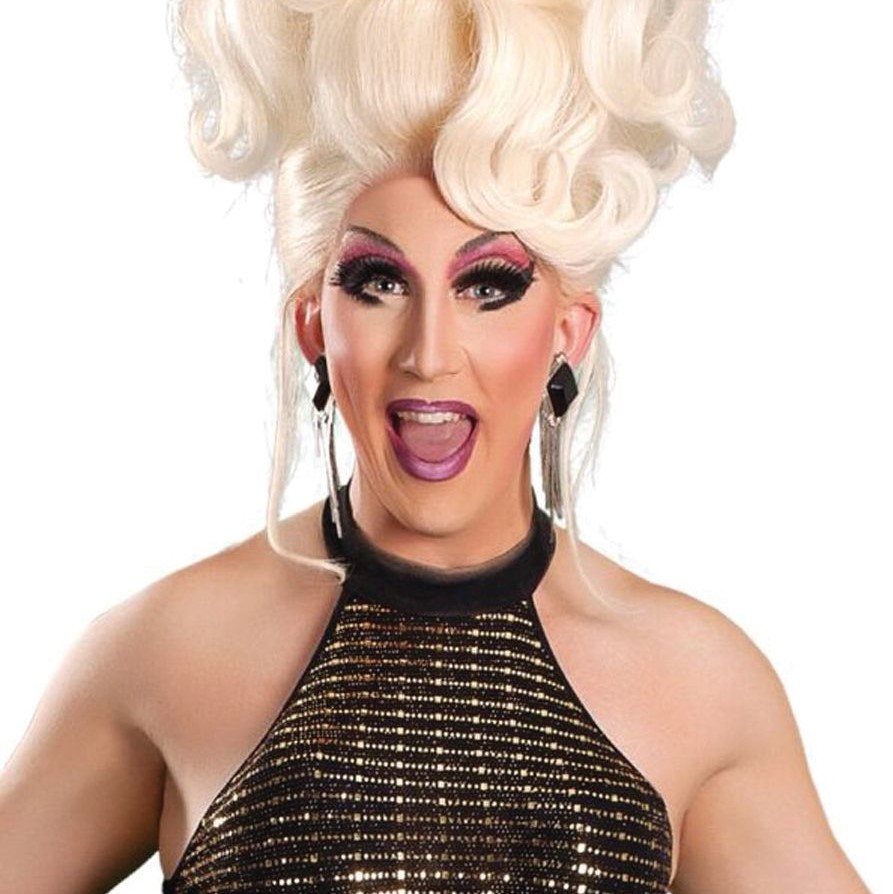 The Mad Madam of Melody, Sutton Lee Seymour, is taking your favorite songs and twisting them, turning them, and mashing them up into one hilarious concert called Booby Tunes! Enjoy parodies from divas like Celine Dion, Judy Garland, Tina Turner, and Bette Midler while laughing along watching five-minute versions of Wicked and Chicago! 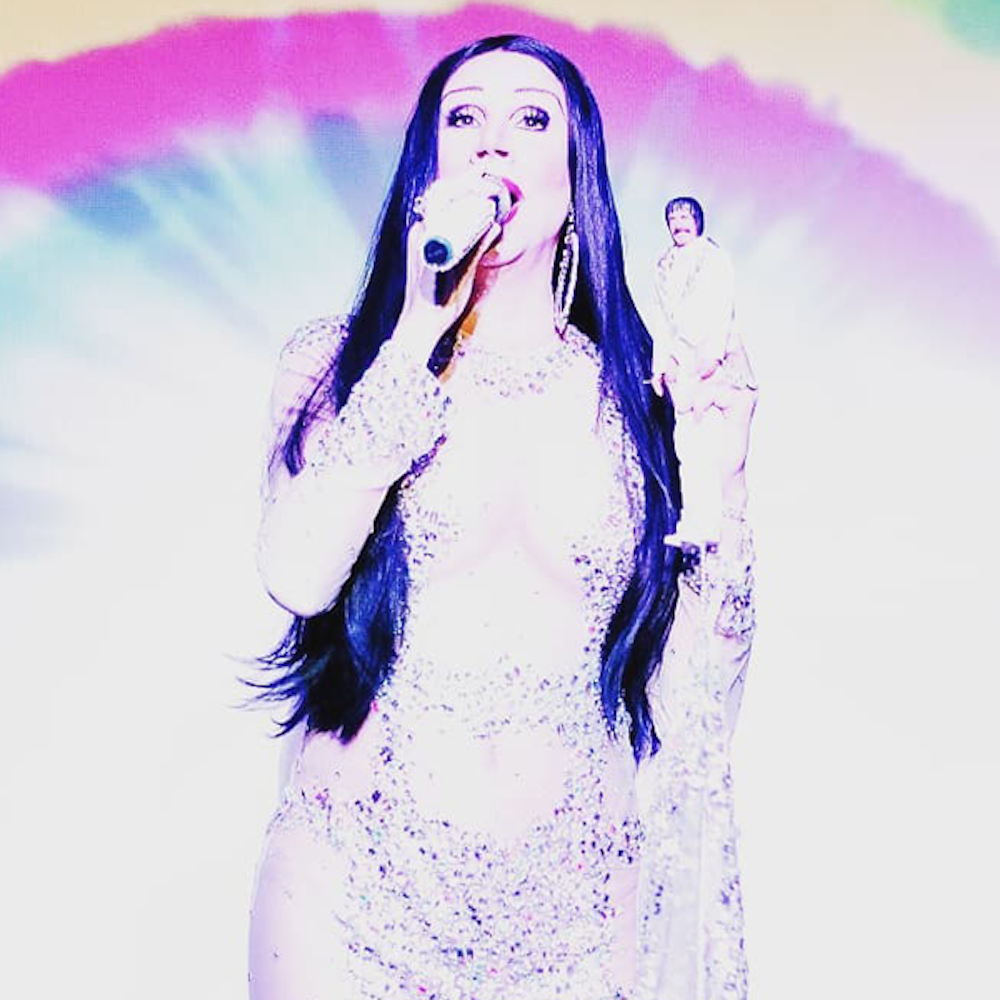 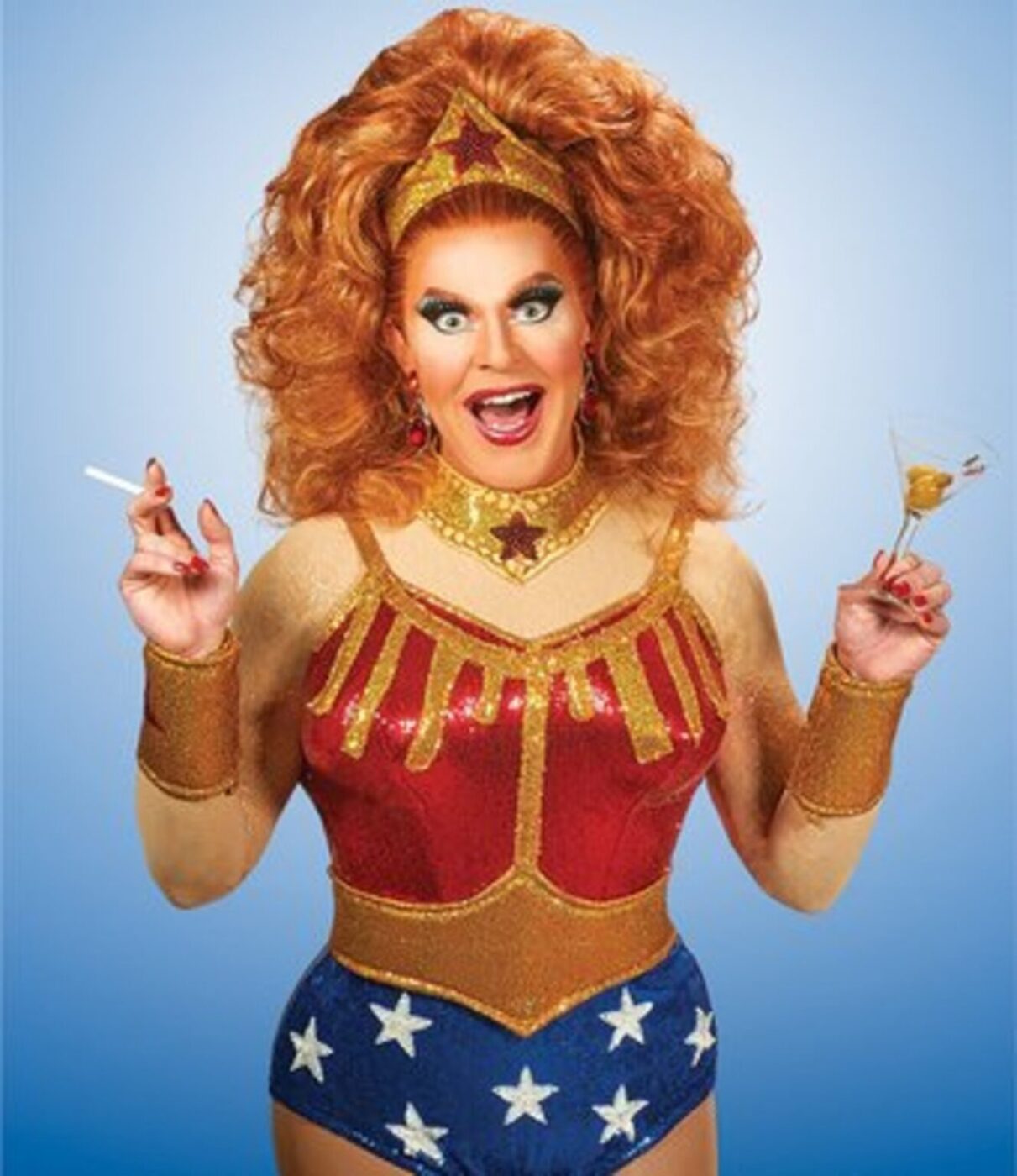 After a long winter spent in lock down, Varla Jean Merman has been paroled and is ready to stick it to you!  Join everyone’s favorite non-essential twerker poolside at the Crown & Anchor Resort where she will vaccinate audiences with a double- dose of infectious new songs and viral videos.  Varla Jean Merman’s Little Prick is the laughter filled shot-in-the-arm that we all need.

In addition to drag shows, there are plenty of comedy shows around town as well. Here’s a list!