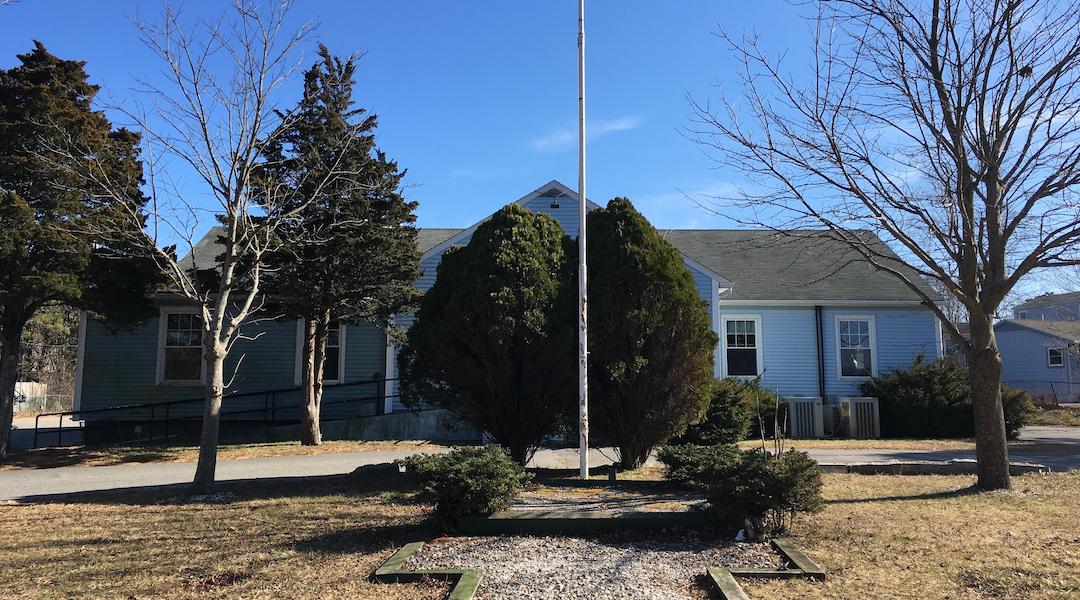 Democracy of the Land: reflections on nature and civic society

April 3-12, 2020
Community invited to participate in the installation before demolition.

The Provincetown Select Board approved a proposal from the Provincetown Community Compact to create a community art installation at the VFW Hall, the Lewis A. Young Post, No. 3152*, before its demolition. The project, Democracy of the Land: reflections on nature and civic society, organized by Jay Critchley, will be held at the Jerome Smith Road building from April 3-12, 2020. The public is invited to participate.

The first organizational meeting will be held on Wednesday, March 11 from 1:00-3:00 pm at the site. Everyone’s invited.

The ten-day event will be a community send-off, creating an immersive, meditative and expansive experience that reflects on changing times, changing climate, impermanence and Provincetown’s cultural legacy.

Community residents will be asked to bring personal artifacts and art to the building to be displayed throughout the space. The interior will be darkened and visitors will be equipped with solar lights to explore the two floors of the building. On the last day of the installation, these solar lights will be distributed to the community.

The Lewis A. Young Post, No. 3152 of the Veterans of Foreign Wars was built in 1959 and has been an important space for the men and women of the town who served in the military, and for community gatherings, weddings and parties. With its imminent demolition, it is time to honor its significance in an ever changing community and world.

The Compact has sponsored two such projects curated by Compact Director and artist Jay Critchley. The Meadows Motel, which was demolished in 2006 and the Herring Cove Bathhouse, which was demolished in 2012. Each intervention responded to its particular place and time. The Bathhouse was a raucous and celebratory event, involving 50 artists and performers, producing thirty events in ten days. The Meadows Motel installation assigned a room to selected artists to respond to the growing housing crisis and depopulation of the town.

As an individual, Critchley also created the sand-encrusted Beige Motel at the pre-demolition Pilgrim Spring Motel in North Truro, which focused on this unique 1950s roadside attraction, Cape Cod light and changing tourism.
Democracy of the Land: reflections on nature and civic society, honoring veterans and the community, takes place in the context of the historic year of 2020: the centennial of the 19th Amendment that gave women the right to vote, the 400th anniversary of the Mayflower Compact and the 2020 elections. It is a time for community reflection and an opportunity to create an unexpected experience for visitors.

The Provincetown Community Compact, Inc. (The Compact) was established in 1993 as a 501(c)3 non-profit organization by artist Jay Critchley. It is organized as a community-building and philanthropic organization to support living artists and the vitality of the arts community.

The mission of The Provincetown Community Compact (The Compact) is to advance the health and cultural well being of the community of Provincetown and the Lower Cape – its people, the natural environment and the economy.
The Compact administers and manages the Swim for Life, an annual fundraising event initiated in 1988, that has raised over $7 million to support local health related organizations. The Compact also supports a number of local cultural and civic organizations as a fiscal sponsor and administers and manages residencies for the community, artists, and writers at two properties in the historic Peaked Hill District in the Cape Cod National Seashore. The Compact has initiated six local non-profits and sponsors various community projects.