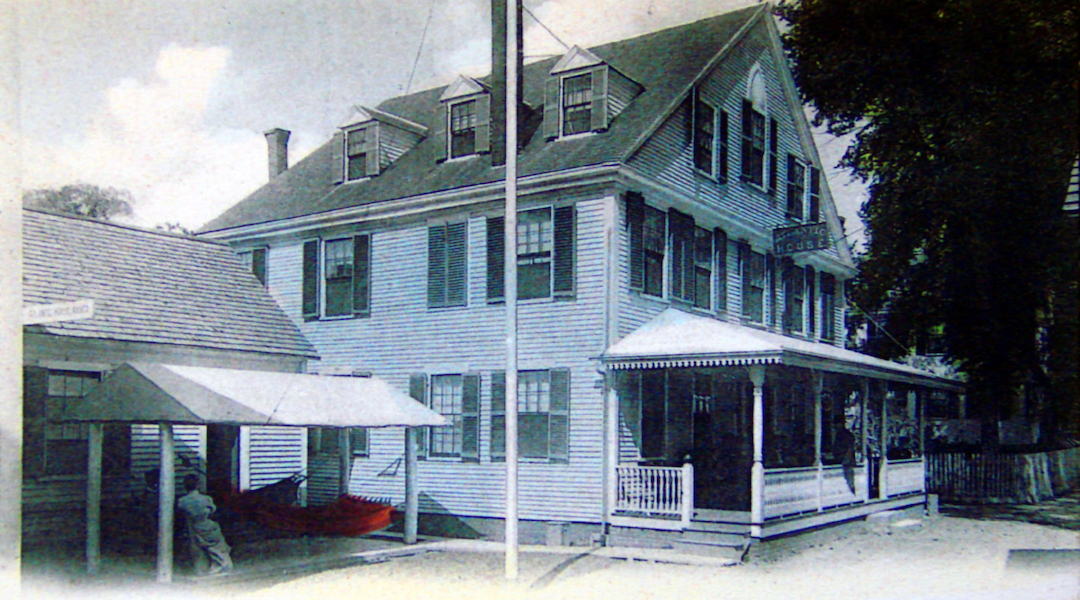 The A-House tavern was built in 1798, with the hotel section (called the Union Hotel) added in 1812. But it served more than just drinks: the Atlantic House was part of a circuit court system, and a judge sat there regularly to serve justice. It was also the last stop on the coach from Orleans; the coach proceeded up the hill where the Masonic Place steps are now for its return trip.

The A-House was the hangout for several of America’s most noted writers in the 1920s, including Eugene O’Neill and Tennessee Williams. Painter Ross Moffat recalls that “two ‘spies’ had been arrested at the point of a gun in the dining room of the Atlantic House. Evidence against the suspects seemed conclusive, for, rumor had it, the men had definitely carted into the dunes a black box, beyond much doubt containing an apparatus for signaling to the Kaiser’s men. Later it turned out the black box held nothing more worthy of suspicion than a Corona typewriter, and that one of the suspects was Eugene O’Neill, whom we then knew of as an obscure writer of one-act plays.”

There’s a story that O’Neill wrote the plays Ile, The Moon of the Caribbees, The Long Voyage Home and In the Zone while staying at the Atlantic House. It also said that Tennessee Williams finished The Glass Menagerie sitting at what is now the Little Bar.