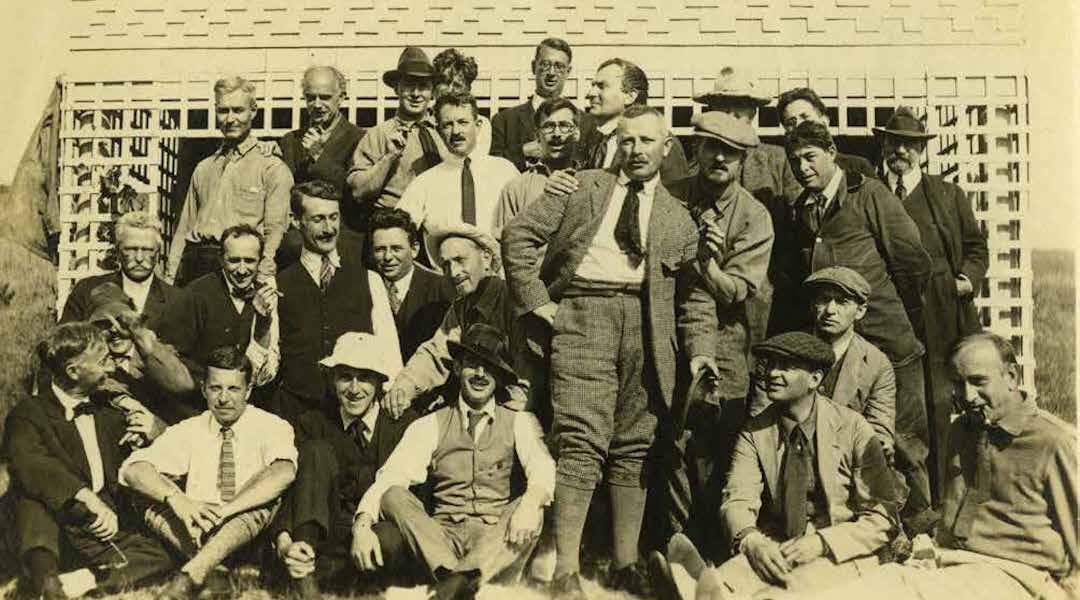 The Beachcombers’ Club was founded two years in 1916 as a place for men to exhibit work seriously and fraternize privately. Its 1916 constitution said its purpose was “to promote good fellowship among men sojourning or resident in or about Provincetown who are engaged in the practice of the fine arts or their branches” or “who are intimately connected with the promotion of the fine arts” (painting, etching, engraving, sculpture, architecture, designing, illustrating, writing, music and acting). “Good fellowship” was understood from the first to mean adolescent merriment.

Notwithstanding their low profile, the Beachcombers are behind one of the first monuments that visitors see in Provincetown if they arrive by sea: the cross near Long Point Light that marks the Charles S. Darby Memorial. Staff Sgt. Darby, an artist and Beachcomber, was killed during World War II when his plane was shot down over Holland. 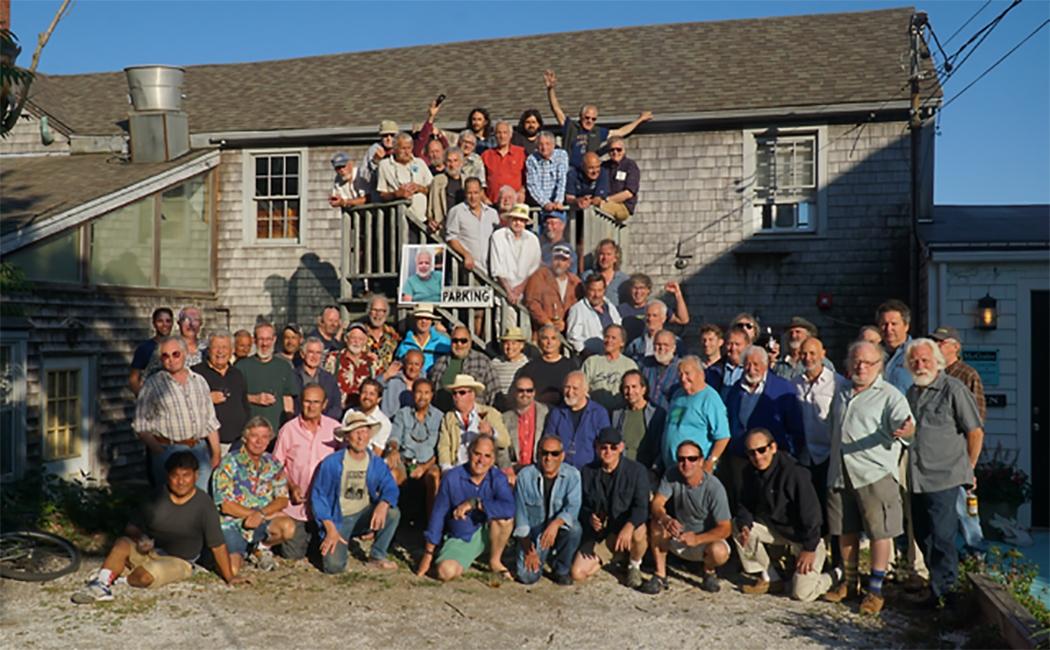 On the occasion of the first public exhibition of the members’ work, in 1999, the Provincetown Banner summed up the club’s current status (Hamilton Kahn, “Beachcombers Show Artistic Side of Bonding,” The Banner, 20 May 1999): There are approximately 100 living members, with a core of about 40 regulars who attend meetings year-round, and another 40 or so who attend during the summer months. Dues are $55 a year, and the centerpiece of each meeting is a potluck dinner, and impromptu music sessions are a regular feature, but there is also some structure, with elected officiers, an agenda of items to discuss, and the keeping of club records. In accordance with the rules against self-promotion, there is a strict ban on the discussing of any personal business or the sale of any items.