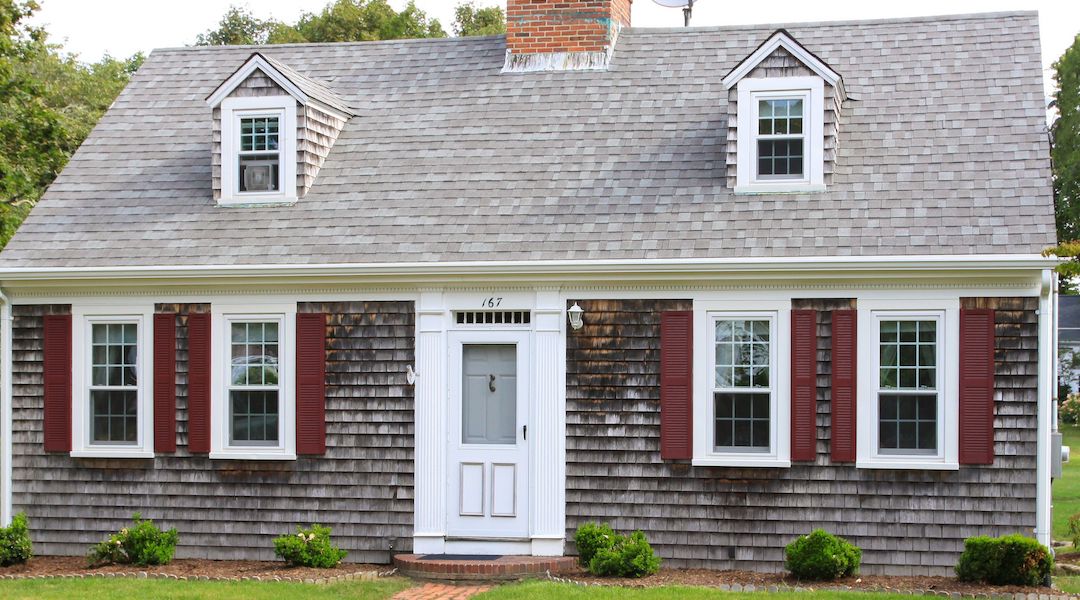 The first homes built by the English settlers on Cape Cod were wigwams built of twigs, bark, hides, cornstalks, and grasses, which they copied from those of the local Wampanoag people who had lived here for thousands of years before the Europeans arrived.

The settlers eventually stripped the Cape of its forests to make farmland, graze sheep, and build more European-style homes, though with a New World look all their own. The steep-roof saltbox and the Cape Cod cottage—till the most popular style of house on the Cape and copied all over the country—were designed to accommodate growing families.

Many ancient houses have been turned into historical museums. In some, docents take you on a tour as you pass from the “keeping room” (the heart of the house, where meals were cooked at a great hearth before which the family gathered for warmth) to the nearby “borning room,” where babies were born and the sick were tended, to the relatively showy front parlors, where company was entertained.

Summer and winter kitchens, backyard pumps, beehive ovens, elaborate raised-wall paneling, wide-board pine flooring, wainscoting, a doll made of corn husks, a spinning wheel, a stereopticon, a hand-stitched sampler or glove… each of these historic remnants gives a glimpse into the daily life of another age.