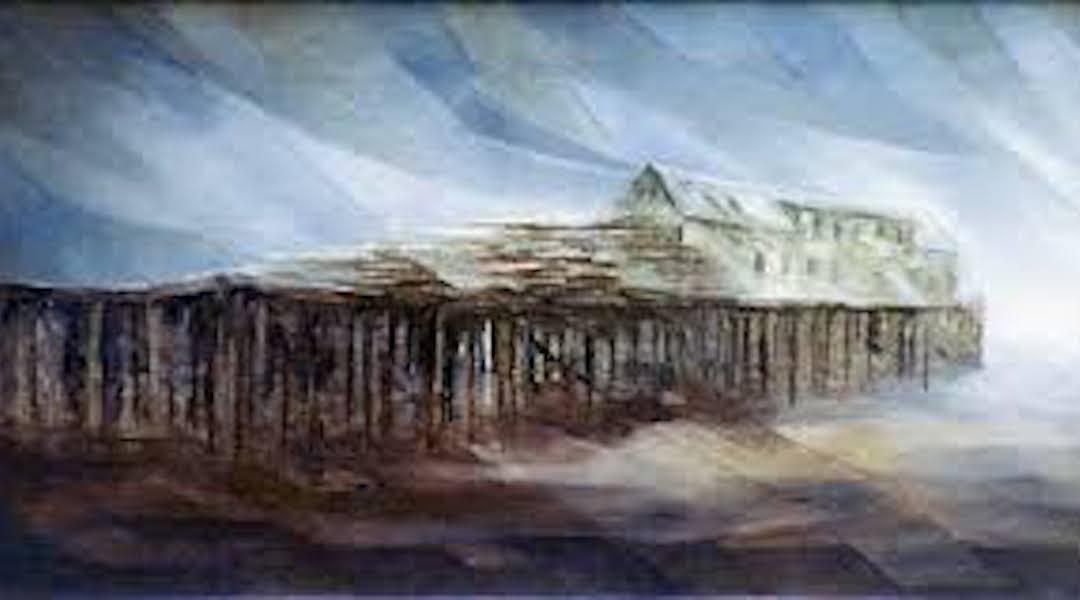 Between Lancy’s Wharf and the engine house of the Colonial Cold Storage plant is a three-story building that once housed the Old Reliable Fish House restaurant and pier, now a forlornly abandoned near-ruin. the structure was a prominent pier from the mid-19th through the mid-20th century. In the 1960s and ’70s, the Old Reliable Fish House restaurant at the head of the pier was the haunt of Howard Mitcham, local character and chef.
David Dunlap writes, “Mitcham had no use for culinary airs of any kind. He was a passionate advocate of seafood and of Portuguese cooking, and did much to keep these staples on the town menu when other restaurateurs started catering to summer people looking for more cosmopolitan fare. His Provincetown Seafood Cookbook of 1975, with a cover by Jackson Lambert, is an absorbing and entertaining history that can be happily consumed even by those who plan to get nowhere near a shucking or filleting knife.” 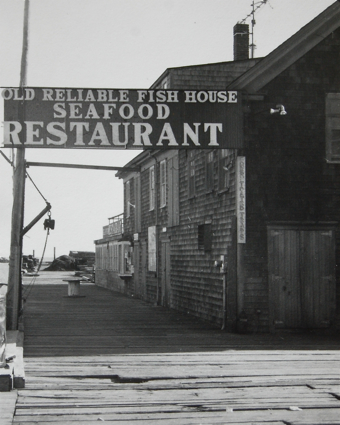 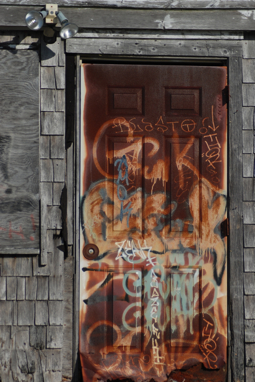 Mitcham’s book was an inspiration to beginning-chef Anthony Bourdain, who called it “a true classic, one of the most influential of my life,” and includes a page on how to cook a sea-serpent.

After a fire in 2015, a contractor hired by the town concluded that, despite its appearance, the front of the building was in “adequate condition” and “salvageable,” while the one-story rear part of the building was “beyond repair.” He recommended that the whole single-story section be torn down and rebuilt. Despite that recommendation, Bradford Rose, the owner, recently hired preservationist Ginny Binder—who previously designed the rebuild of Whaler’s Wharf after the fire—to act as manager for a restoration project.