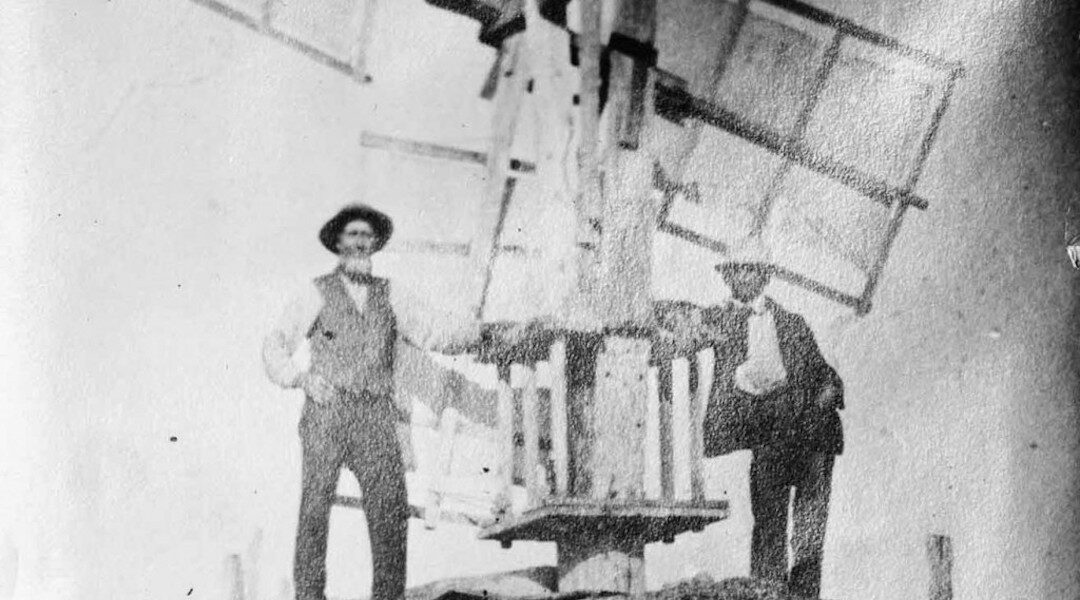 The long line of Whorf fishermen and sea captains goes back to John Whorf, born in Provincetown in 1760. Thomas Ryder Whorf Jr, who lived between 1815 and 1887, built the famous 400-foot-long Whorf’s Wharf (apparently no one thought anything of the odd alliteration that makes it challenging to pronounce!), which was on Commercial Street where Fanizzi’s restaurant is now located.

The wharf served its own fleet of 16 fishing boats, employing 130 men and sending fish to market in Boston, New York, and Chicago. The property also included a saltworks powered by a windmill that produced salt for drying and preserving the various catches.

Philip A. Worf, the last of the Grand Banks salt cod fleet owners and outfitters, inherited the wharf from his father. He eventually (in 1912) sold his fleet to a Gloucester syndicate. Philip is buried in the old section of the Alden Street cemetary.

What happened to Whorf’s Wharf? Did it fall into disuse, or was it destroyed (as were so many of Provincetown’s piers) in a storm? If you know, let us know!