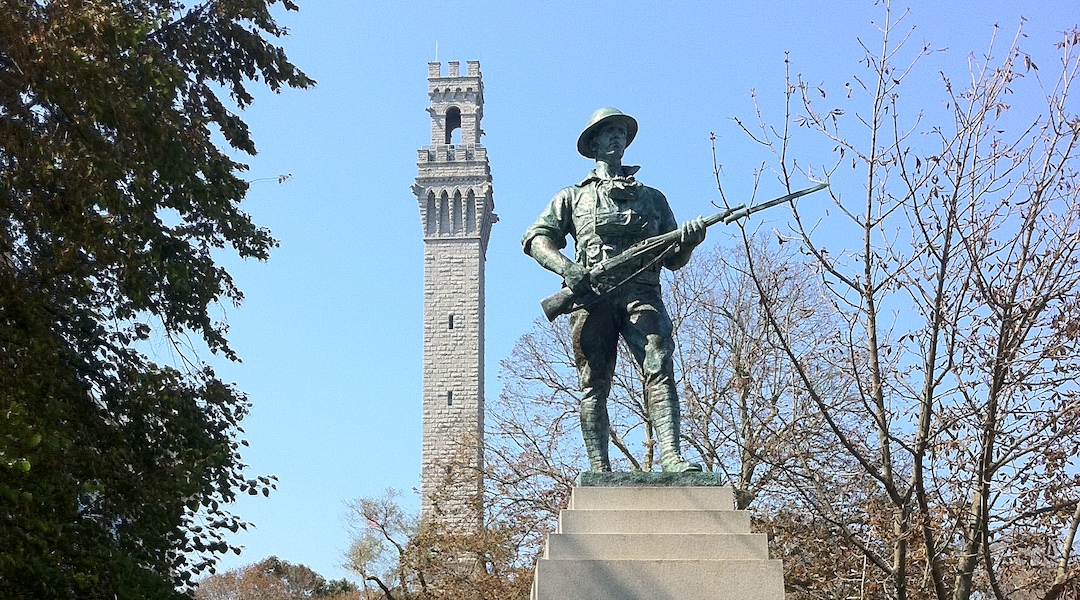 A contingent of anti-submarine boats was stationed at the Provincetown Naval Base for the duration of the First World War—to the very vocal distress of townspeople, who complained that the submarine activity was interfering with the weir fishing going on in the harbor, a lucrative source of income for the town.

The Pilgrim Monument had only been built seven years before the outbreak of the war, and it was used as a lookout for submarine activity in Cape Cod Bay.