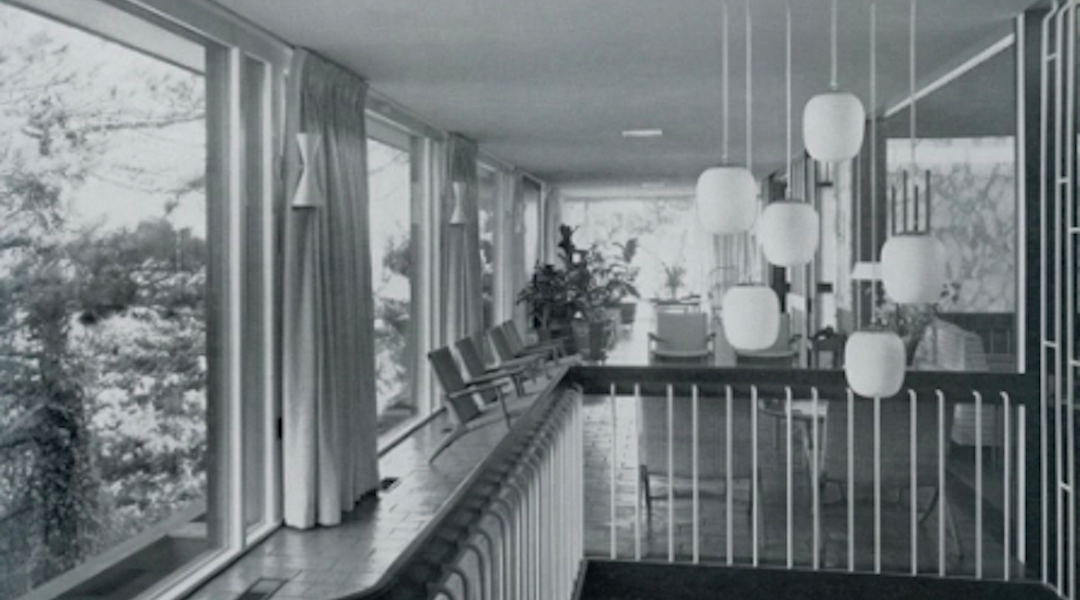 Carl Murchison and his wife Dorotea bought the west end Provincetown house they called the “Castle” in 1936, and immediately began accumulating a substantial art collection, one that included many early Provincetown painters as well as Gainsboroughs, Reubens, and Tintorettos. On May 1, 1956, while the Murchisons were traveling in Ecuador, the Castle caught fire and burned completely to the ground.

Partly to blame for the damage was the heavy iron fence surrounding the property that was chained shut; fire trucks wasted valuable time smashing through the gates. The flames could be seen for many miles out to sea.

When the Murchisons returned, they hired the Architects’ Collaborative to rebuild—but not in the same style. “The house will be modernistic, just as different from the old as it can be,” promised Murchison. This was Walter Gropius’ firm, and the resulting ultra-sleek, ultra-modern Bahaus-style house sitting up on the hill is now often referred to as the Gropius House. Murchison died only months after its completion.

An image of the Castle (also known as Castle Duneridge) is in the Dowd collection of the Provincetown History Preservation Project. This image is of the new Murchison House upon completion.