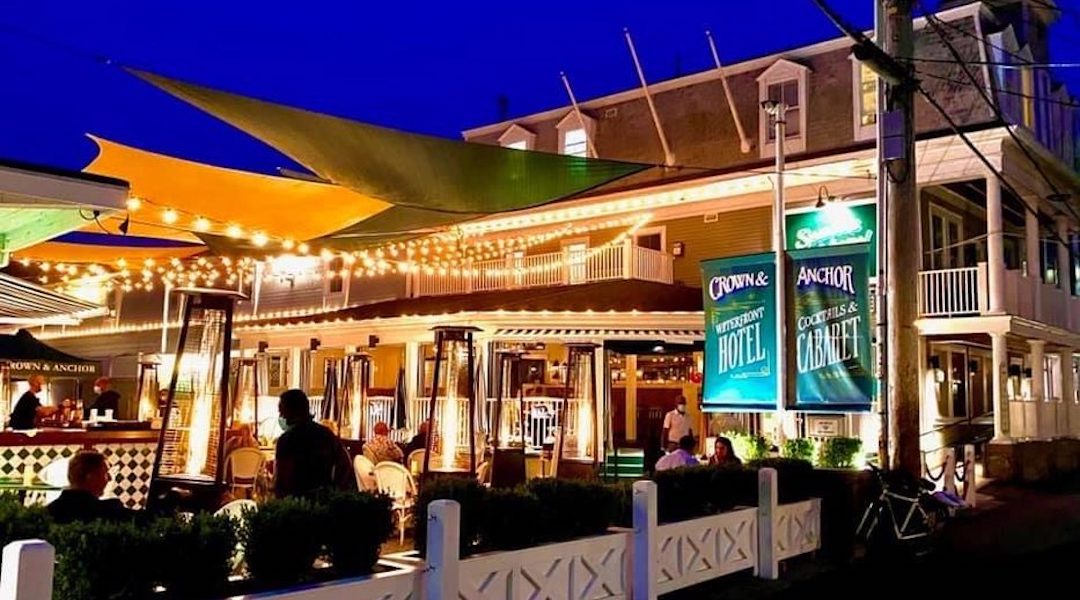 Elton & Billy: Greatest Hits Live Featuring Billy Joel and Elton John
When: June 4 at 9:00pm, then starting June 14th every Monday at 9:00pm
What: Ptown’s première piano men Jon Richardson and Todd Alsup take you on a thrilling musical ride through the iconic hits of pop legends Elton John & Billy Joel. This high-energy burst of pure pop joy is back by popular demand after a sold-out run in 2020!

Donnelly & Richardson SING Dolly Parton
When: May 31 at 7:00pm, then every Friday starting June 18 at 6:00pm
What: Two of Provincetown’s beloved entertainers team up for an evening of duets celebrating the legendary Dolly Parton.

Broadway on the Beach
When: May 30th, June 5, June 12 – And then every Sunday (Through September 5th) at 9:00pm
What: Jonathan Hawkins & Jon Richardson featuring special guests each week. Not to be missed.

Live From Provincetown (Variety Show)
When: May 29 at 8:30pm, then EVERY Tuesday all summer, at 7:30pm
What: Featuring some of Provincetown’s most renowned acts. Always a surprise! Jonathan Hawkins hosts this weekly variety show, featuring the best of Ptown and beyond! With Elle Emenope, Qya Cristal, João Santos, Eric Maul, Yoli Mayor, The Boy Band Project, Robbie Pate, David Maiocco, Thirsty Burlington, Mike Flanagan and so many more! The best of queer talent!

Edmund Bagnell: Happy Days Are Here Again
When: Tuesdays July 6 – August 31 at 6:00pm
What: Music made with lightning-fast fingers on a fiddle or a honeyed voice of dulcet notes both powerful or peaceful.

Matthew Darren
When: July 8th & July 15th at 6:00pm
What: Matt is an accomplished musician, performer and DJ. He’ll bring his distinct vocal style to songs from artists such as Stevie Wonder, Earth Wind and Fire, Journey, Usher, and Maroon 5.

Zoe Lewis & The Social Distancers
When: July 21 at 6:00pm
What: The Social Distancers performed all year through the Ptown window for this very popular pandemic virtual show and now they’re live at last ! Zoë will be joined by Roxie “The Lady” Layton, the Gorgeous Cigarette Girl, Qya Cristal, Jonathan Hawkins, Jo Hay and even the infamous Lambchop for this British themed extravaganza full of beautiful music, mayhem, and stiff upper lips!

Anne Steele: The Remix
When: July 22 at 6:00pm
What: Anne Steele is an OUT multi award-winning singer/ songwriter and recording artist from NYC. She is so thrilled to be back at The Crown and Anchor with her new show, Anne Steele: The Remix. For the last year Anne has been revisiting all the songs that really created the artist that she is today. She will take you back to classics you know and love but with a 2021 twist.

Melissa Errico: Amour & After
When: August 4 & August 5 at 6:00pm
What: Melissa Errico is, and will continue to be, the premier interpreter of the musical legacy of Michel Legrand. The only American artist invited to perform at Legrand’s great memorial in Paris in April 2019–and The New York Times’ choice to write his eulogy–now appearing in Ptown with Amour and After.

The Boy Band Project
When: August 18 & August 19 at 6:00pm
What: The Boy Band Project is an electric, boy band cover group that re-imagines the sound, movement, and energy of NSYNC, Backstreet Boys, Hanson, One Direction, 98 Degrees, O-town, BoyzIIMen, Jonas Brothers and more. This musical thrill-fest features a group of boys direct from Broadway’s Wicked, Hairspray, Mamma Mia, The Book of Mormon, Altar Boyz, and Rock of Ages.

MarieAnn Meringolo: Between Yesterday and Tomorrow: Songs of Alan and Marilyn Bergman
When: September 1 & September 2
What: Songs include “The Way We Were,” “How Do You Keep The Music Playing,” “Where Do You Start,” “Nice ‘n’ Easy,” “That Face,” “The Windmills of Your Mind,” “It Might Be You,” and many more. 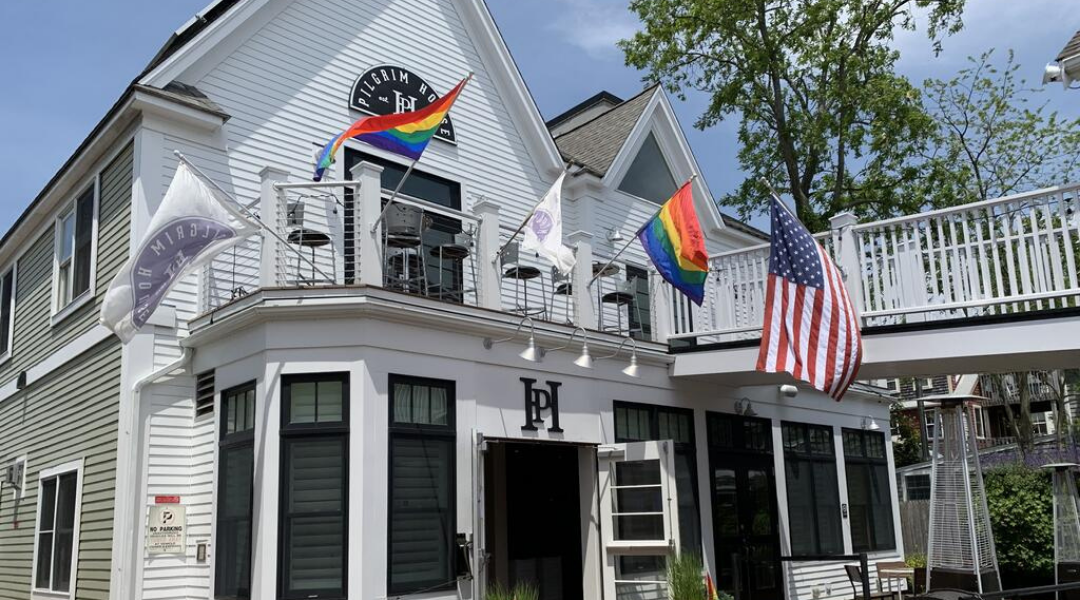 Lewis & Liberace! (Zoë Lewis and David Maiocco)
When: July 4 at 7:00pm
What: Two wonderful performers join forces to give you an action-packed and highly entertaining hour of glamour, glitz, and ivory tickling extraordinaire! Tonight the fireworks will be on stage!

Capital Z Meets Capital B (Zoë Lewis and Bitch)
When: July 18 at 7:00pm
What: Ptown’s favorite vaudevillian Zoë and indie pop artist Bitch share the stage to make an eclectic and original mix of music and performance art with a feminist edge!
“Bitch is the perfect convergence of uncompromising artist, political provocateur and sexual prophe.” (John Cameron Mitchell).

Matteo Lane
When: August 7, August 8, & August 9 at 9:00pm
What: Matteo Lane is a New York-based comedian whose stand-up special can be seen on Netflix’s The Comedy Lineup. He’s also currently developing a half hour pilot at Comedy Central, and the host of the Snapchat series We Got Issues.

Some Like It Hot (Zoë Lewis and Qya Cristal)
When: August 22 at 7:00pm
What: This show will definitely give you fever! Zoë jams with the incredible Qya. Powerhouse vocals and stunning deliveries rich in musicality! Her star is rising! Together they’re on fire!

Steve Grand “Fresh Out of Lockdown”
When: July 10 & July 11 at 9:00pm; July 12 & July 13 at 7:30pm; July 17 & July 18 at 9:00pm, July 19 & July 20 at 7:30pm
What: With the release of his first album, All American Boy, in 2015, Steve Grand broke the mold for the traditional singer-songwriter. Having self-funded a viral video of the title track, then fan funding the release and creating a vocal and energetic fanbase, the openly gay artist from Chicago created a place for himself in the music industry and hasn’t looked back since. The past three years have seen Grand touring across the world, gathering new energetic fans and creating new music. With over 18 million views on YouTube, a #3 album on The Billboard Independent Album Artist charts, and one of the most successful music Kickstarter campaigns ever under his belt, Grand has not just broken the rules, but has changed the game in how to be a successful singer-songwriter in this era.

Anne Stott “Scorpio Blonde”
When: May 28 9:00pm & May 30 at 6:00pm
What: Anne Stott is an indie rock singer/songwriter and actor who has recorded two albums of original music, an EP and numerous singles, creating an eclectic catalogue that is uniquely her own. Her most recent album Love Never Dies was called “a stunner” and peaked at #19 on the Relix Magazine radio chart. She cut her teeth in the downtown NYC club scene, busked for 5 summers in Provincetown, and has toured the East Coast and beyond. As an actor she has appeared on stages across Cape Cod as well as in short films and music videos. Scorpio Blonde tears through Anne’s indie rock songbook, favorite cover songs, and messy life experiences to bring everyone with her on a determined pursuit of life, love, and a country that lives up to its ideals. Strap in and let Anne take you on a ride through the fires of heartbreak and self-discovery to rise like the phoenix that only rock n roll and some serious fun can deliver. Scorpio Blonde was commissioned by and first performed at the 2018 Afterglow Festival.

The Golden Gays “Hot Flashbacks”
When: August 30 & August 31
What: Picture it-Provincetown, August, 2021. Sophia Petrillo has gone missing! Your favorite pals and confidants Dorothy, Blanche, and Rose must travel down the road and back again across America to find her. Could she be at the Rusty Anchor? Or right in their kitchen on Richmond Street? Through a series of hilarious “hot flashbacks”, these hip old grannies take you on a musical journey through The Golden Girls’ most memorable moments to find their Ma! One lucky audience member will be crowned the next #TokenSophia. Live singing! Dancing! Bears! Oh My! 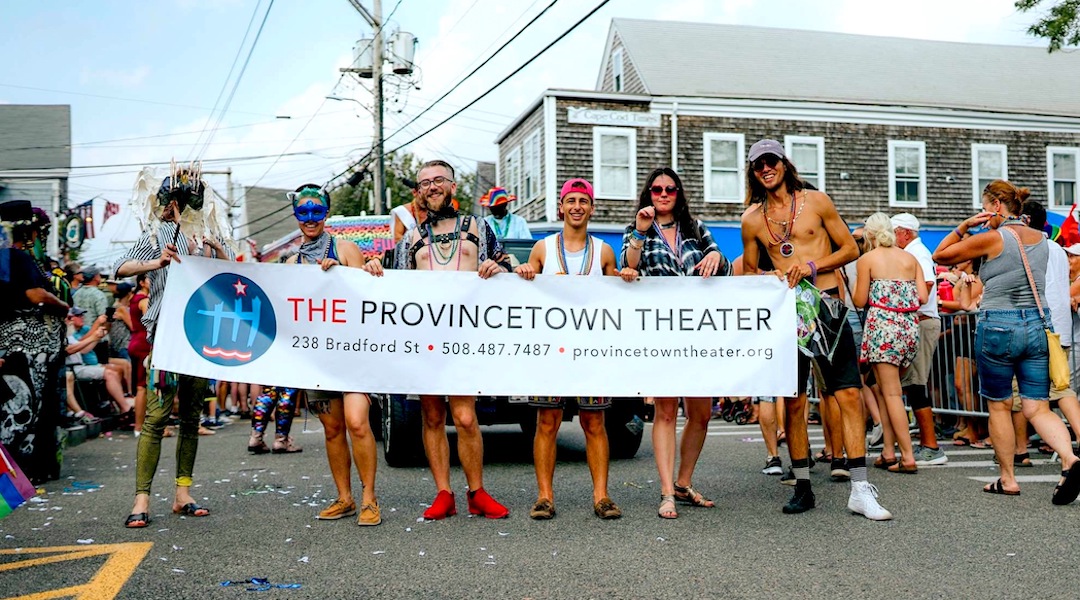 Neptune
When: June 17 – June 19 at 7:00pm
What: Written by and starring Timothy DuWhite who takes us on a rollicking subway-spaceship journey of being Black and Gay in America today. Neptune will officially re-open live public performances produced by the Provincetown Theater since February 2020 and will christen the brand new “Playhouse in the Parking Lot.” Neptune will also be performed in celebration of both Provincetown’s Men of Color weekend and Juneteenth 2021.

The Cake
When: Mondays, Tuesdays, Wednesdays, Thursdays, June 28 – July 22 at 7:00pm
What: The Cape Cod premiere of a new play by Rebekah Brunstetter directed by David Drake. This up-to-the-minute romantic comedy from the creator of TV’s “This is Us,” The Cake follows the life-changing path of a southern Baptist baker as she navigates the meaning of marriage when asked by her dead best friend’s daughter to bake the cake for her wedding to an African American woman from Brooklyn.

The Glass Menagerie
When: Mondays, Tuesdays, Wednesdays, Thursdays, August 2 – September 2 at 7:00pm
What: The classic by Tennessee Williams. Directed by David Drake. Tennessee Williams’ family play about love, loss and letting go is a classic story that, under the very stars where the (future) Pulitzer Prize winning-playwright crafted this masterpiece while summering in Provincetown in 1944, the Theater will once again unleash his timeless voice into the Outer Cape night. 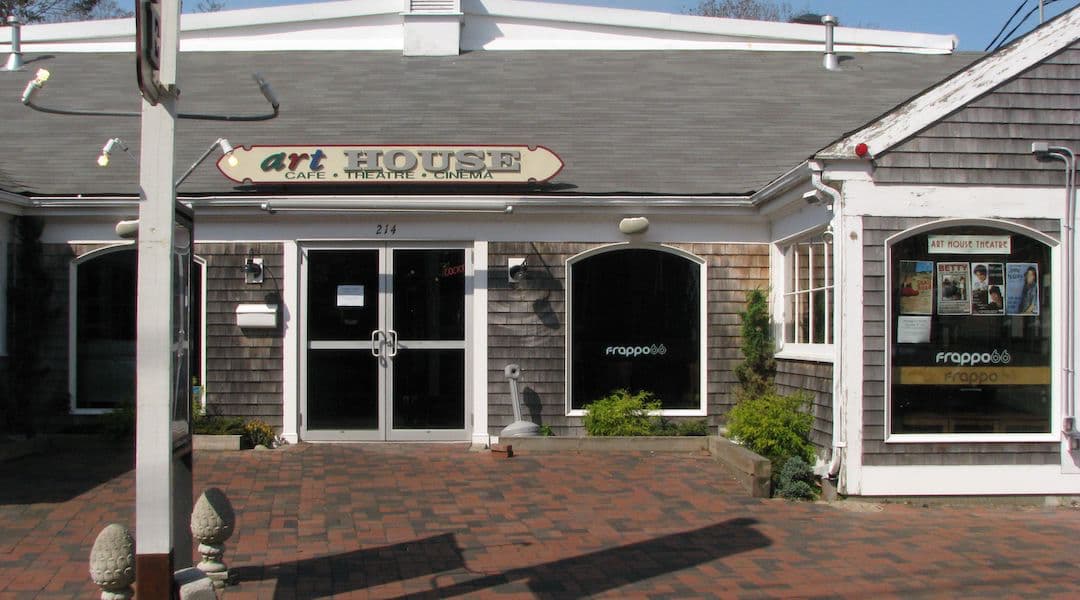 Kristin Chenoweth
When: August 8, 6:00pm & 8:30pm (At Provincetown Town Hall)
What: For The Girls with Mary-Mitchell Campbell on piano.

Susie Mosher
When: August 21, 7:00pm
What: Broadway @ The Art House with Seth Rudetsky as pianist & host.

Ben Rimalower
When: August 23 7:00pm
What: Broken Records: The Albums You Wouldn’t Shut Up About – Special Podcast Show.

Beth Malone
When: August 30, 7:00pm
What: Broadway @ The Art House with Seth Rudetsky as pianist & host.

Christine Pedi
When: September 11, 7:30pm
What: Broadway @ The Art House with Matthew Ward at the piano. 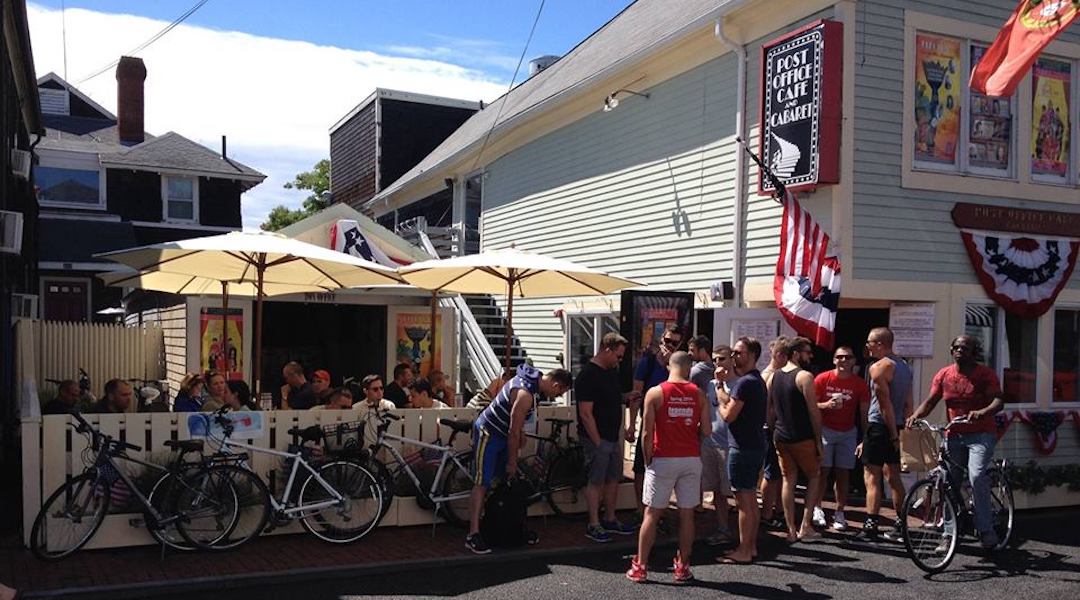 An Evening with Seth Sikes
When: July 12 – July 20; Mondays & Tuesdays, 8:30pm
What: Sikes’s critically-acclaimed tributes to Judy Garland (which won a Broadway World Award), Liza Minnelli and Bernadette Peters are a consistent draw for audiences.

An Eventing with Jason Dottley
When: July 12 – July 20; Mondays & Tuesdays, 7:00pm
What: LIFE ON THE GAY-LIST The “poster boy for gay marriage” turned “public face of gay divorce,” Jason Dottley’s one-man show shares his journey from Mississippi Sissy to starring in “Sordid Lives” and being on the Out 100 list, working with a Pink Lady (Olivia Newton-John), a Golden Girl (Rue McClanahan), a Designing Woman (Delta Burke), meeting Madonna, having 5 Top 40 Billboard records, a big marriage, a big divorce, taking care of his mother and life over 39!

Anita Cocktail’s Change-Over Brunch
When: July 3 – September 4; Saturdays at 10:00am, 11:30am & 1:00pm
What: Hosted by Anita Cocktail, each seating at Changeover brunch will feature table-side performances while you chow-down on that “World Famous Post Office Café Breakfast” and wash it all down with a strong cup of Joe or a Bellini.

A Tina Turner Tribute with Debby Holiday
When: July 1 – July 6 (Select Dates and Times)
What: “When Debby Holiday hits the stage, Honey, you better find something to hold on to! She will blow you out to see! Or clear to kingdom come! Not to be missed!” – LESLIE JORDAN

Del Shores The S.. Stirrer
When: July 1 – July 6 (Select Dates and Times)
What: Del Shores, known for his blasphemous works (Sordid Lives, Southern Baptist Sissies) and fresh off his tour of “Six Characters in Search of an play” is back in town.
“Del Shores is a master of the Texas Comedy” – Los Angeles Times

The Hot Toddies
When: July 1 – August 26; Thursdays, 8:30pm
What: The Hot Toddies are so excited to premiere at The Post Office Café and Cabaret. All jabbed with Ms. Pfizer, Kat, Meg and Sarah are ready to take on hot girl summer.

There’s more where that came from! ptownie has more to share about our special town at land’s end. Check out our list of DRAG SHOWS