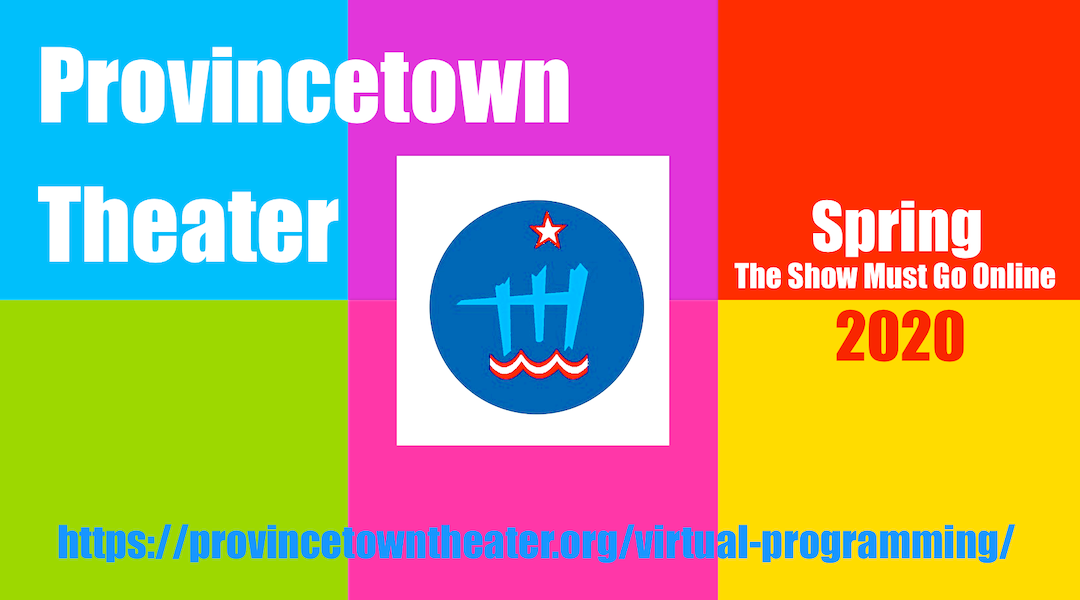 Debuting April 9, the not-for-profit theater’s no-charge streaming of shows will be offered thru May 26

Heeding Gov. Baker’s stay-at-home policy to combat Covid-19 in Massachusetts, on April 9, 2020 the Provincetown Theater on Outer Cape Cod will begin streaming a roster of performances free-of-charge to its subscribers, patrons, and all those interested in keeping the performing arts alive and well during these tumultuous times.

“Telling our stories is central to developing connection, compassion, meaning and healing for any community – especially during a time of crisis.” says artistic director David Drake. “And right now, that’s what our mission at the Provincetown Theater is all about.”

The Theater’s two-month virtual programming from April 9 thru May 26 includes:

The Mosquito Story Slam
April 11 at 7pm
Hosted Vanessa Vartabedian and William Mullin, the monthly Mosquito for April will feature favorite storytellers from past slams, telling tales around the theme “Spring Awakening.” Audiences may submit prompts (what part of spring awakened you?) to be read by the hosts live online throughout the show at mosquitostory@gmail.com or by visiting bit.ly/mosquitoapril.

Community Conversations
April 14 at 4pm
As a follow-up to our streaming of The Laramie Project, join this live stream “Community Conversation” with several civic leaders and citizens of the Outer Cape on the significance of telling our stories in a time of crisis. Moderated by Provincetown Theater Board President David Wilson. Check website for update on participants.

Community Conversations
April 28 at 4pm
As a follow-up to You Can’t Take It with You, join our live stream “Community Conversations” with several civic leaders and citizens of the Outer Cape on the significance of family and friends during challenging times. Check website for update on participants.

Community Conversations
May 12 at 4pm
As a follow-up to August: Osage County, join our live stream “Community Conversation” with several civic leaders and citizens of the Outer Cape on the impact of death and addiction on our families. Check website for update on participants.