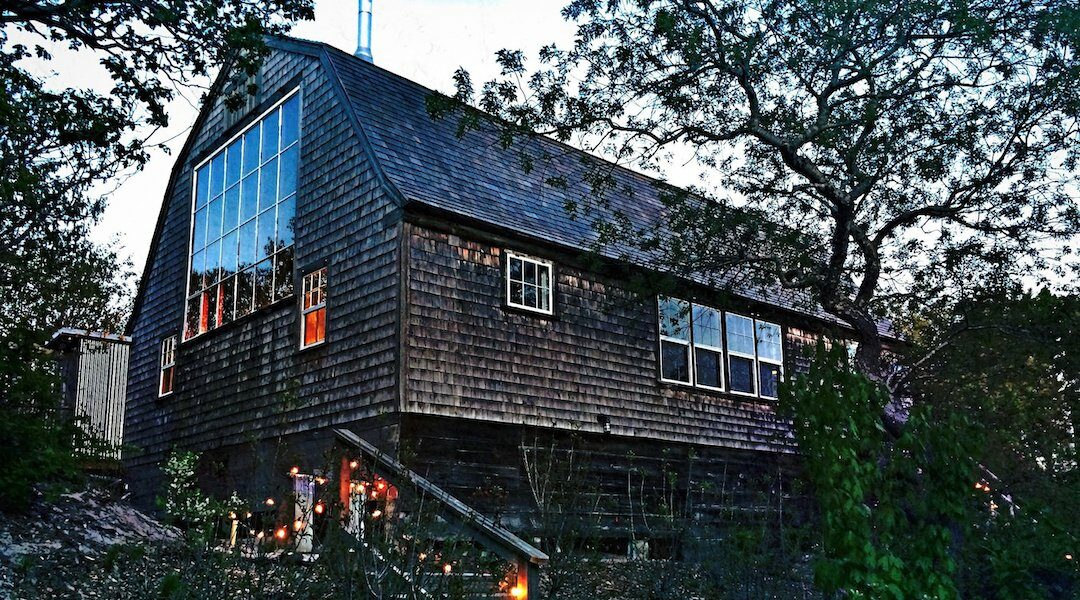 Here we are in the middle of the sixth season of Twenty Summers. What is particularly exciting for you about this season? How do you make decisions about which artists/writers/musicians to invite? Is there a plan that strategizes who has been there, who’s there now, who will be there?

Four of us (the two founders, Julia Glass, and Camille Ives Beck oversee the process. We each have different things that excite us. As a writer, I’m always excited about having a special person from my world featured at the Barn. On May 25th Alex Kotlowitz and Adam Moss will be talking together; Alex is a giant of narrative nonfiction—when I was starting out as a journalist at the Wall Street Journal, Alex was one of the great writers there; his book There Are No Children Here was chosen as one of the 150 most important books of the century. Adam is of course the owner of the Hawthorne Barn; he just retired as editor of New York Magazine. There are even some tickets left for that event, and I’m really excited about it.

I just want to highlight one other event. You know, the Barn is such a versatile space. It’s beautiful for art classes and that was its original role. But we’ve never done anything with film before, and so this year we’re partnering with the Provincetown Film Society to show the 1919 film Different From The Others, which was the first known pro-gay film. We’ll put a screen up over the window and, as it’s a silent film, we’ll have live musical accompaniment from Billy Hough, followed by a Q&A session with an expert on LGBTQ movies.

When we select people to invite, we are looking for balance. We want to balance established artists with younger ones. We want to balance work done far afield with work important to Provincetown. The latter in particular is very important, because the event that sells out quickest is the walking tour, that’s meaningful to the community. This year we also wanted to do a tribute to Mary Oliver, so we’re partnering with the Grolier poetry bookshop in Cambridge to bring in poets to read her work. We’re curators of the experience and we love that balance.

You don’t just have writers talking about their writing; you provide full, meaningful conversations and sometimes pair individuals who aren’t intuitively paired in people’s minds. How do you go about deciding who should speak with whom, and what topic they should engage with?

Ricky Opaterny, my co-founder, was the one to realize that if you can pair someone with another person who isn’t just like them, it brings out another side of the individual, something interesting and different. Sometimes the pairing is obvious—we needed someone to talk to a playwright, so we got Emily Bobrow, who’s a cultural critic and has written about Jeremy Harris before. One year a photojournalist was paired with a war correspondent to tease out motivating issues. Provincetown is interesting—people don’t respond to celebrity names here the way they do in other places. The walking tour with David Dunlap sold out before the Monica Lewinsky event. People here want poetry and beauty… they respond to what’s genuine.

You’re one of the few yearly happenings with sell-out events, often weeks before you open. To what do you attribute your popularity?

Because of the Barn. I’m serious. It has nothing to do with us. The Hawthorne Barn is what made Provincetown, Provincetown. You can step into the barn and be transported back to a simpler place. The window is majestic and as the sky darkens the view becomes dramatic.

We’re loving our partnerships with other town institutions. In fact, for the first time this year we’re doing something outside of the Barn and outside of our season: on August 3rd at PAAM we have Nobel Prize-winner Eric Kandel, a scientist doing work on memory but who’s also a student of art; his most recent book is Reduction in Art and Brain Science. He’s 90 years old.

That brings me to another selection criterion: age. If you look back, you’ll see that we have had incredible conversations with people who are no longer with us, I’m thinking in particular of Edie Windsor and Josephine Del Deo. We want to capture some of these people while they’re still here.

And every Thursday there’s a free open studio at the Barn, so anyone can step inside and experience it… an amazing opportunity and experience.