Why is The West End Inn (and its colorful owner!) one of Ptown’s Best-Kept Secrets? 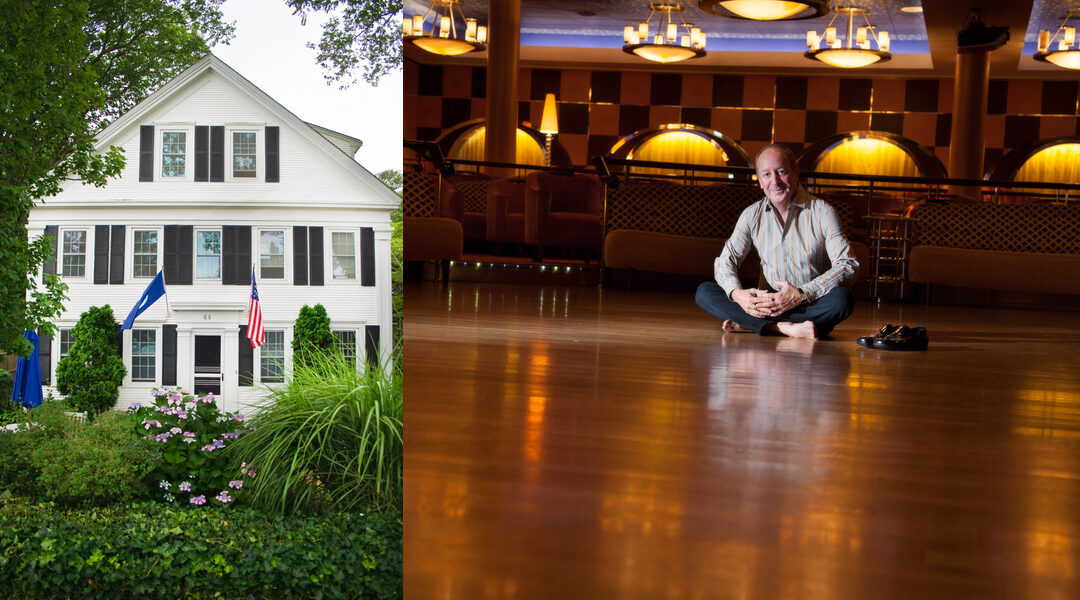 There isn’t a day that Warren Lefkowich wakes up and doesn’t feel blessed.

At a time when the turnover rate for guesthouse ownership is skyrocketing, Lefkowich’s tenure of 25 years as owner of the West End Inn is well worth celebrating; “I’m one of only a few guesthouse owners still standing!” he jokes. The secret to his longevity? He loves what he does, he loves Provincetown, and he wakes up every morning feeling blessed.

Like many people drawn to Ptown, Lefkowich came with a colorful past. His grandfather’s roots were in vaudeville and Nickelodeons, and as the family business expanded first into one of the largest family-owned movie house chains in Ohio and then into hotels, Lefkowich managed two of them after doing a stint at Warner Brothers, the 100th Howard Johnson’s Hotel and then a Best Western franchise.

But he was always drawn to Provincetown, and vacationed here for about 10 years before buying the property at 44 Commercial Street that he christened the West End Inn.

The house sparkled with a history to match Lefkowich’s. Built in 1847, it’s a large Greek Revival with windows spreading invitingly across the front. Owned in the early 1900s by a house painter whose real love was the violin—which makes his truly a Provincetown story!—it became a venue for impromptu concerts that attracted neighbors starved for entertainment, the painter playing the violin and his daughter the piano. It’s easy to imagine the front lawn filled with people and the Greek Revival frontage as a stage.

In 1912, as part of the Greenwich Village-bohemian invasion, writer Sinclair Lewis “hit Provincetown like a boy released from school for summer vacation,” as Lewis’ biographer Richard Lingeman writes; and he stayed at 44 Commercial Street, renting a room where he wrote Our Mr. Wrenn, hanging out with Vorse and Dos Passos and the rest of the gang.

So in one sense, the beautiful west end home and Warren Lefkowich were made for each other.

The inn now features three apartments, each with a private deck or garden space, a top-floor suite with sweeping harbor views and a large private deck, and hotel-style rooms, as well as beautiful common areas that include that beautiful lawn where people once gathered to listen to music. And Lefkowich draws people in as well, as he introduces them to the town he loves so much that he characterizes as “a gay community that’s inclusive and safe… the community as a whole, straight or gay, that is truly substantial. I consider it my family,” he says.

Certainly the numbers of visitors the inn attracts agree. Reviews emphasize Lefkowich’s hospitality and helpfulness. The quiet of the West End is a major draw for the owner as well as for the guests—he comments on the scenery as if seeing it every day for the first time—and he’s grateful to them. “Over the years I’ve had remarkable guests, support from people all over the world,” he says. “It’s what keeps me happy and fulfilled.”

The West End Inn is tucked away, quiet, and definitely one of Provincetown’s best-kept secrets; but it vibrates with a creative and vibrant past, present, and no doubt future. And that is why Warren Lefkowich wakes up every day, and feels blessed.