Who Wants A Night of Awkward Holidays and Inappropriate Traditions? 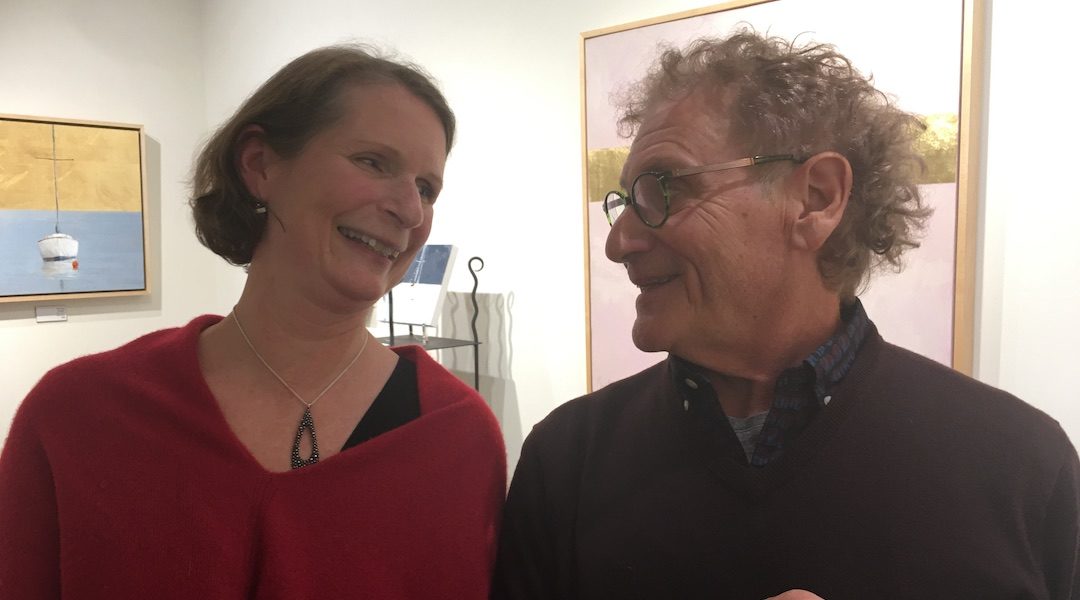 The key to sanity if not to happiness is the ability to laugh at the myriad things, small and large, that can go wrong in life, and last Thursday at the Left Bank Gallery in Orleans, WOMR’s Ira Wood and Susan Blood shared—and then invited to audience to share—tales of Christmases gone terribly wrong.

Mishaps and adventures make for the best essays, and rather than recount them here, we’ll urge you to purchase the authors’ books:

Susan Blood: How Not To Do Things. “Her ferociously optimistic essays take us on a cathartic odyssey of life’s bumps, from an infestation of mice and swimsuit mishaps, to aging parents and her own funeral. In her stories, Susan writes that she wants to see a version of Dwell Magazine where the interior photos are taken without notice. These are those photos, full of wit, despair, resolve, insight, clarity, terror, and a couchful of laundry.”

Ira Wood: You’re Married to Her? Using a wildly self-skewering but oddly sympathetic narrative voice that fulfills The New York Times’ assessment of his “special gift for heartwarming comedy,” Ira Wood re-imagines his early years with Marge Piercy in a series of chronologically linked essays, never failing to raise the question that few have failed to ask: You’re married to her? With the wicked lunacy of David Sedaris, Wood tells tales of his first true love, who he told his parents were dead; his disastrous affair with a promiscuous single mother, while he was involved with Piercy; his childhood dependence on speed; and running for public office on a lark—and winning—only to find himself responsible for the government of a small town. Thirty years later he’s still married to Her, confident enough to share, and laugh at, what men do when their behavior slips to the level of their self-esteem.

Wood is host of The Lowdown on WOMR (Tuesdays at 12:30) and a contributor to the Outer Cape News. Blood’s work has appeared in numerous publications, including her own blog, Trout Towers. On WOMR she is Opera Betty, hosting an opera show for people who hate opera.