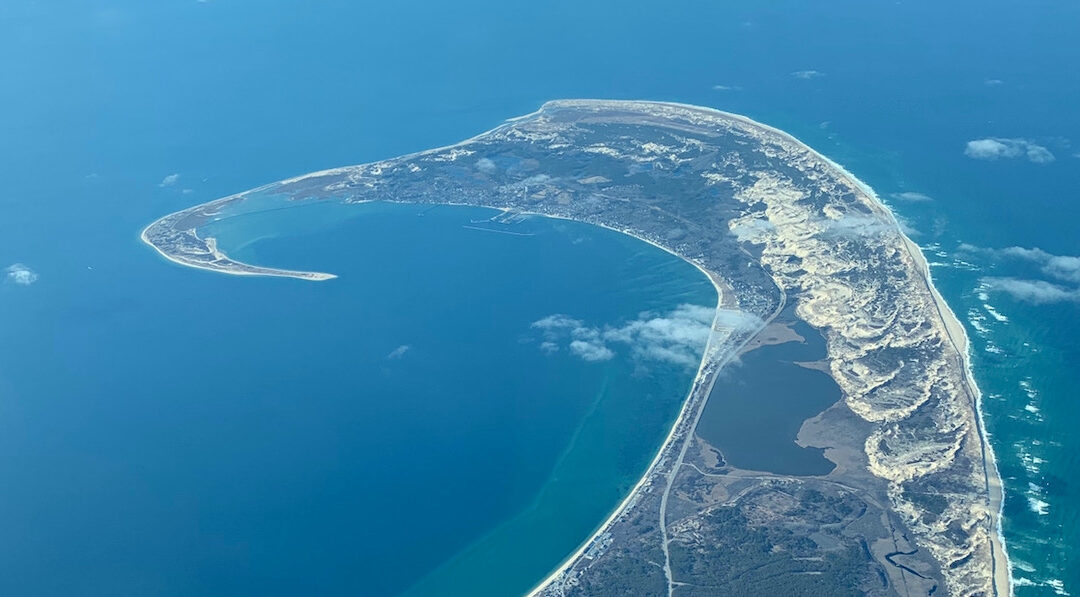 Below is a note from Eric Martine (66daysllc) to the community concerning questions and concerns that have been raised in the community.

As integral year-round, long-term members of this community, a community that was one of only 12 other global communities chosen from over 3000 requests, we are compelled to provide you with some additional details to hopefully clear the current narrative of a small misinformed few.

It is with much consternation to us that many residents of the community including Lise King of the Select Board, KC Meyers of The Provincetown Independent, Mark Cortale of the Art House, Matt Farber of AirOtic, Ken Horgan of the Pilgrim House, and many more “curious” signees (see public letters written and signed in below link) actually took joy this past week in praising their personal achievements and actions in preventing the public process from occurring as intended. We were in the final stages of a 6-8-month exhaustive research process in preparation for bringing all information culled to the community, a community that loves and cherishes Provincetown no more or less than every single person involved in the research process.

To be clear, these folks did not actually dismember the event itself- they dismembered the opportunity for us to bring forth factual, clear and concise information for open discussion as a community. There was a precise and necessary public legal path being followed involving the Licensing Board, Zoning Board, and special permitting processes, all of which would have allowed and encouraged further open discussion with ALL the facts at hand.

Consciously or unconsciously, they stripped away the inalienable rights of the community members to have an equal opportunity to decide on their own free will. They took away the right to see the full details of the proposed 2.5-month event.

One of the most extraordinary scenarios is that in my direct conversations with Lise King (Select Board member), KC Meyers (The Provincetown Independent), Matt Farber (AirOtic), and Mark Cortale (The Art House), I made them aware that our team of local, year-round residents were a mere two weeks away from presenting the details of our efforts in a public forum, for public discussion. I pleaded for them to “hang tight” and wait for the release, and each one of them, knowing exactly how our hands were bound by contracts for two more weeks moved forward with the breech, knowing we could not share any information.

Yes we made the same request with other residents/business owners too in the months of research, yet every single one of them understood the “hang tight” passionate request. Those made aware knew we were simply gathering the information needed to present an understandable, clear, and educated plan for the legal and public permitting process.

Finally, to make a long story longer for those who are still creating conspiracy theories, here is a deeper dive into the process and timeline of cancellation for the third and final time publicly to hopefully assuage your concerns;

August 2019: After extreme vetting from both parties of each other, and after factual tourism numbers for Cape Cod and the local area were confirmed, a terms agreement was signed, and a deposit was transferred. One of the most incredible aspects of this potential production was the ability to tap into all of Cape Cod, Boston, and Plymouth tourism channels to sell tickets and market the 400th anniversary of the Pilgrim’s signing the Mayflower Compact in Provincetown Harbor, while keeping the financial benefits and jobs local to our community. This does not even include the marketing on a global level from the company creating the show. The next steps to be taken were concept design, times, dates and “feasibility” of bringing the show to Provincetown. This second step is called a Long Form Contract (LFC). A simple Google search on how an LFC, or “Definitive Contract” works turns up the following:

• Definitions of terms used in the agreement
• Description of the transaction
• The money to exchange hands stated as a purchase price, license fee, etc.
• Representations and warranties of the parties
• Conditions that must occur prior to closing
• Section with miscellaneous provisions including governing law, notice requirements, and the right to terminate the agreement

Part of an LFC, not unique to 66DaysLLC, Provincetown, or any other company, is that until the LFC is signed and second deposit is made, technically the company you are signing with is not legally producing your show. The LFC is designed to protect both parties involved while they respectfully do their research, planning and negotiations. This was not fabricated to pull the wool over the eyes of the community of Provincetown and “sneak” in a summer show, it is how things work. The payment due for our LFC contract signing, and ability to release all our information and story board concepts to the public for discussion was $1,000,000.00. Yes, please count them again, there are 8 zeros. Securing these funds via National sponsors was in process. Local investors with connections and interests in Provincetown were also engaged.

Separately but connected to this process, Non-disclosure agreements are also normal contracts used widely in the process of creation and planning in order to assuage fact less based fears and assumptions. They were never forced upon anyone to sign, nor used in manipulation so we could host a show of this magnitude with no one knowing. The sole and ONLY intent of the NDA’s were to simply give us all the needed time, and a fighting chance, to present the detailed and clear information for discussion in a public forum.

“Non-disclosure agreements have long been a legal framework to maintain trust and prevent crucial information from leaking out where it could undermine the profitability inherent to that content.”

There is now much discussion as to why and when the contract was cancelled by both parties along with the sentiment the cancellation had nothing to do with the Town wide response and negative first impressions of the event. It is 100% true, the cancellation notice given to you over and over again via CDS headquarters had nothing to do with the town wide self-constructed drama. The contract was cancelled during a phone call with a follow up email on Feb 3th 2020 for no other reason than the LFC payment of $1,000,000.00 could not be paid by 66DaysLLC. This in turn elicited CDS’s response regarding the overall “feasibility” of the LFC negotiations. Feasibility is much broader than how many people can fit onto Motta Field, and how many tickets can be sold.

Prior to the publishing of the news article on January 30th in The Independent, the sponsors/investors, and 66DaysLLC were confident in taking the next risks to move forward knowing we had the two weeks ahead to finalize the financial transactions in process of $1,000,000.00++ to CDS and others. We then planned to bring the open discussion to the Select Board as a courtesy, followed by the planned video presentation at the Town Hall for residents to see the show concept, design, the details, financial gains, statistics, and global reach Provincetown would have received.

The facts are, on January 30th KC Meyers of The Provincetown Independent chose to consciously release preliminary information coaxed by a private text shared from Selectmen Lise King and pulled out of context from public Rec Commission records where nothing was being hidden. We certainly were aware that such a breech could have happened at any point in this process, and if we could have done something differently, we would have. Unfortunately, our business plan did not anticipate a conscious direct breech two weeks prior to the release, and we never could’ve predicted our contemporaries would be the source of the breech.
A contract for the field rental, including the price had NOT been signed- we had only come to a verbal agreement. We also did NOT intentionally hide CDS’s name from anything, CDS was not renting the field, nor ever had been at any point in time. 66DaysLLc was the promoter negotiating the project on all fronts from day one. Never had CDS been the promoter, ever. At one point, CDS’s name was on the proposed lease in error. This changed because CDS was not leasing the field at any point in time. They were simply a sub-contractor hired by 66DaysLLc with no interest in any town politics, financial sway, or decisions other than to stay to their mission of leaving the communities they enter in better financial and physical well-being across the globe.

On January 30th and 24/7 for the next four days 66DaysLLC, the National and Global sponsors/investors tried to navigate the challenges of now consciously investing $1,000,000.00++ amidst the growing outrage of local uninformed residents, knowing our hands were bound by contracts. During those 4 days and culminating at the Rec Commission meeting on Feb 4th, the momentum of the fact-less based anti-event movement took hold (public records and letters available online at Rec Commission link below). The Rec Commission were taken aback by the larger than usual attendance at their regularly scheduled monthly meeting and I was away for prescheduled work in Nashville, Tennessee.

We also knew firsthand within these 4 days that Mark Cortale of the Art House, Matt Farber of AirOtic, and Ken Horgan of the Pilgrim House were actively creating a firestorm aimed to specifically derail and eliminate the project. We ask you directly…could you, would you, or do you have an extra $1 million to invest immediately at this moment in time, with another $3.5 million due the end of February, sign countless leases needed, and start production of sets/stages and sound proofing absorption walls to release the yet unfinished public information package, knowing NOW from this conscious breech the process had to add many more regulatory and procedural approvals to move the event forward? We had already outlined the submission deadlines and delays now would move approvals further into May and June if not July which would make it impossible to open the on June 30th (free Townie Night).

To our continued disbelief these few folks, out of many local year-round residents, that did know and respect the process, consciously chose to take this opportunity away from the individuals of Provincetown and the community as a whole– 66DaysLLc did not. We were doing everything in our power and good faith, AND at our own risk to bring this once in a 400-year opportunity to Provincetown. The things we could’ve or should’ve done differently began to surface with everyone’s two cents, but it was too late.

This show was about celebrating community, our community, including love and freedom for all. Four hundred years ago, this was the same hope and dream the Pilgrims sailed 66 Days across the Atlantic for. We have surely all learned lessons amidst the happenings of the last few weeks but let’s remember why we are here and where we get to call home. Let’s open our hearts and community to include all who want to come and experience the magic of Provincetown. It is in deep sadness yet confident acceptance, that we will leave you once again with the profound words of Mary Oliver…
“Keep some room in your heart for the unimaginable.”

Board of Selectmen Minutes, Meetings, Signed Letters, from protestors.
https://www.provincetown-ma.gov/93/Select-Board