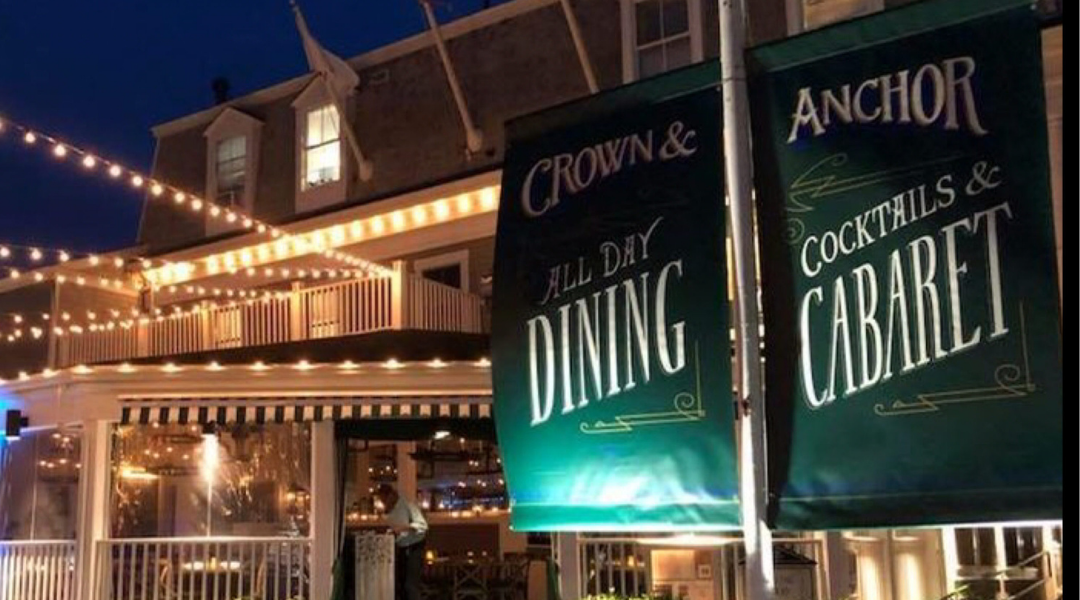 Publisher note:  This is the first in a series over the next few weeks to attempt to give you all some idea of what to expect when you come to Provincetown this summer.  This series could be titled:  Pivot, then Pivot, then Pivot.  These will also be great examples of the ingenuity of the Provincetown Community that continues to shine.

ptownie.com will be constantly updating their events calendar to reflect what is available for this season.  Check back often.

The Crown & Anchor pivoted last summer in response to the pandemic and offered an extraordinarily successful—if adapted—season with outdoor entertainment poolside.  The “waterfront theater” sold out every show last year and plans to continue that success this spring and summer, with the courtyard bar/dining area the centerpiece for dining and drinks.

While President Biden promises to have enough availability for everyone in the United States to be vaccinated by the end of May, distribution and organization of vaccines will delay their actual administration, and Crown owner Rick Murray doubts this summer will bring everything back to normal. “We probably won’t get everyone with a shot in their arm and herd immunity until mid-to-late-summer, with all stars aligning post-Labor Day,” says Murray. “We don’t have any control over folks traveling, so we’ll have a better idea in late April or early May if the open states are going to set us all back. It’s still a week-to-week, month-to-month approach.” 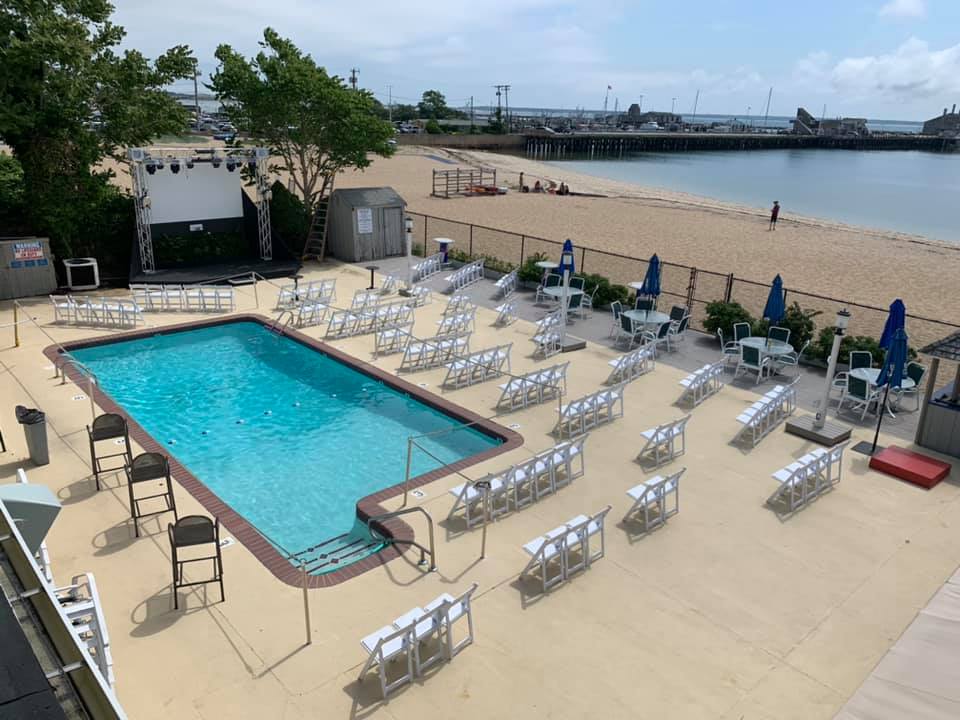 Murray is planning for a number of contingencies. “Our team at the Crown will reopen the hotel and the restaurant on April 8th with a four-day schedule, then ramp up to six days at some point in May and go to seven days mid-June—if we have enough staff,” he says. “Our first show is Saturday May 15 at 8 pm with the local gals from Illusions. My goal is to concentrate on year-round performers and those who live in the community, along with staples like Varla Jean Merman and Dina Martina, and a few guest spots.”

The Crown & Anchor’s website has schedules for the spring and summer shows with signed contracts. In addition there are three events—rather than one large-scale one—to raise funds for the Provincetown Business Guild: a variety show on Sunday June 6th for Pride weekend, a Bear bingo poolside on Wednesday July 14th, and a brunch in late August.

This summer marks the 20th anniversary of Naked Boys Singing, and the entire Equity cast from NYC will be on hand on August 11th and 12th for the celebration—and, again, to raise funds for the PBG. And while “gay and lesbian tourism is our backbone for survival,” Murray wants to make sure the tourist dollars are going to have the most local impact possible.

The Crown hosted a “Live in Ptown” concert last summer, raising $30,000 for the Provincetown Performing Arts Fund, a venture (started by Jonathon Hawkins and Jon Richardson) that strives to provide stability and life-saving support to our beloved community of performance artists, musicians, theatre professionals, and technical production staff, who have been instrumental in making Provincetown a vibrant and diverse entertainment destination.

While summers in Ptown usually mean attracting performers from all over the country and the world, 2021’s emphasis is on supporting local entertainers. “That edge is vital to our community,” says Murray.

Note: The Provincetown Performing Arts Fund is a venture by townies for townies. Local artists rely heavily on already-unpredictable seasonal tourism for their income. Within the season they depend not only on tourism, but entertainment venues, bars, and most importantly social engagement, in order to survive. It became apparent, especially during the Covid-19 crisis, that many of our local and treasured artists would suffer a staggering loss of income based on necessary social distancing guidelines. The PPAF was created to support these individuals whose contributions make up the fabric of our community.

Thanks to the support of The Palette Fund, 100% of your donation will go directly to those in need. The Provincetown Performing Arts Fund is managed by the Arts Foundation of Cape Cod.

If you are a performing artist living and working in Provincetown and would like to apply for PPAF funding, you can apply here.