What is the Annual Swim for Life? 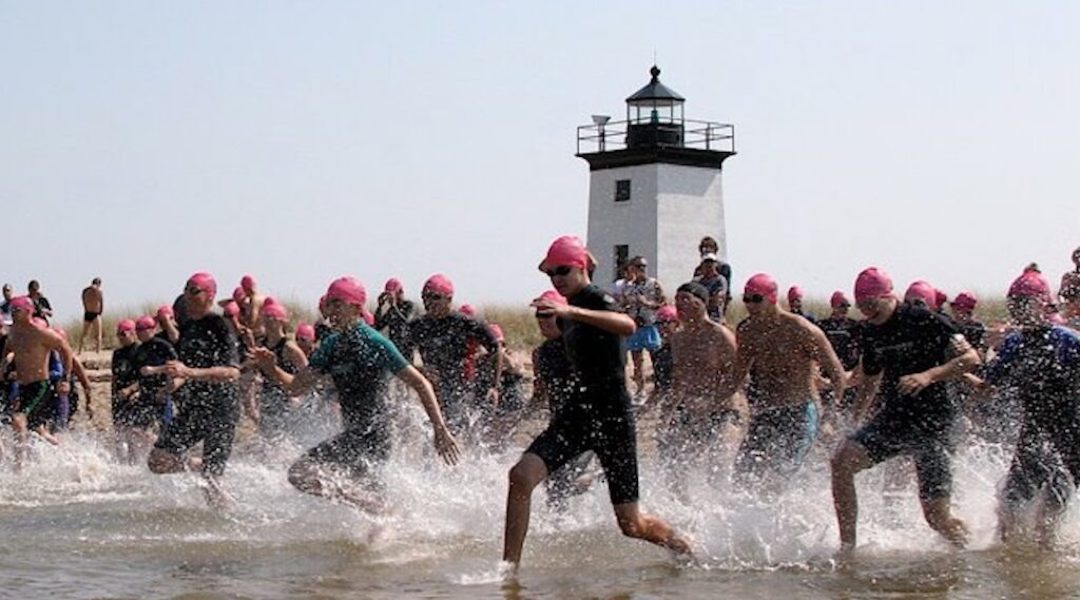 About: When people gather with passion and vision, great things are accomplished. For three decades, in one of the largest natural harbors in the world, thousands of swimmers braved its unpredictable waters−its chilly currents, surging tides, and their own deep fears−raising $5M for AIDS, women’s health, and the community.

Celebrating its 35th year in 2022, this quintessential Provincetown tradition symbolizes the heroic efforts of a community devastated by the pandemic and its unequivocal response to it. The Swim for Life & Paddler Flotilla (a 1.4 mile swim), sponsored by the Provincetown Community Compact, has become a catalyst for a nurturing community, offering connectedness, healthy exercise and continuity for those who return year after year.

Prayer Ribbons: From the lofty ceiling of the Meeting House to the deck of the Boatslip, from across Commercial Street to the State House in Boston, these five-foot long, inscribed colored ribbons are a dominant visual presence at the Swim for Life weekend. And in 2016, our prayer ribbons traveled to Washington, DC for World AIDS Day, and to Florida to honor the victims of the Orlando nightclub shooting.