The Club Provincetown is on FIRE 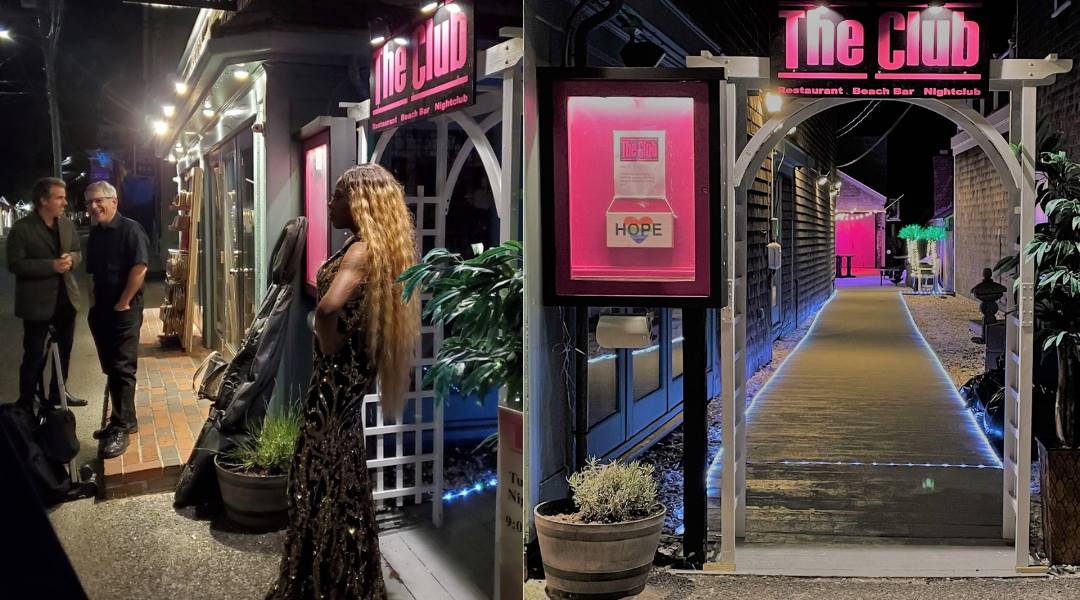 Publisher note: I have watched The Club since they opened and have been witness to their struggles of opening a business in Provincetown with major issues around qualified staffing, trying a new concept, and all this during the time of Covid.  That is why I am happy to tell ptownie readers that The Club is on FIRE.  They have figured out fantastic entertainment (with no cover) and the food is REALLY good.  It has become one of my favorite places in Provincetown,  It wasn’t easy but they have come through with flying colors and I am so happy for them. Congratulations to The Club. 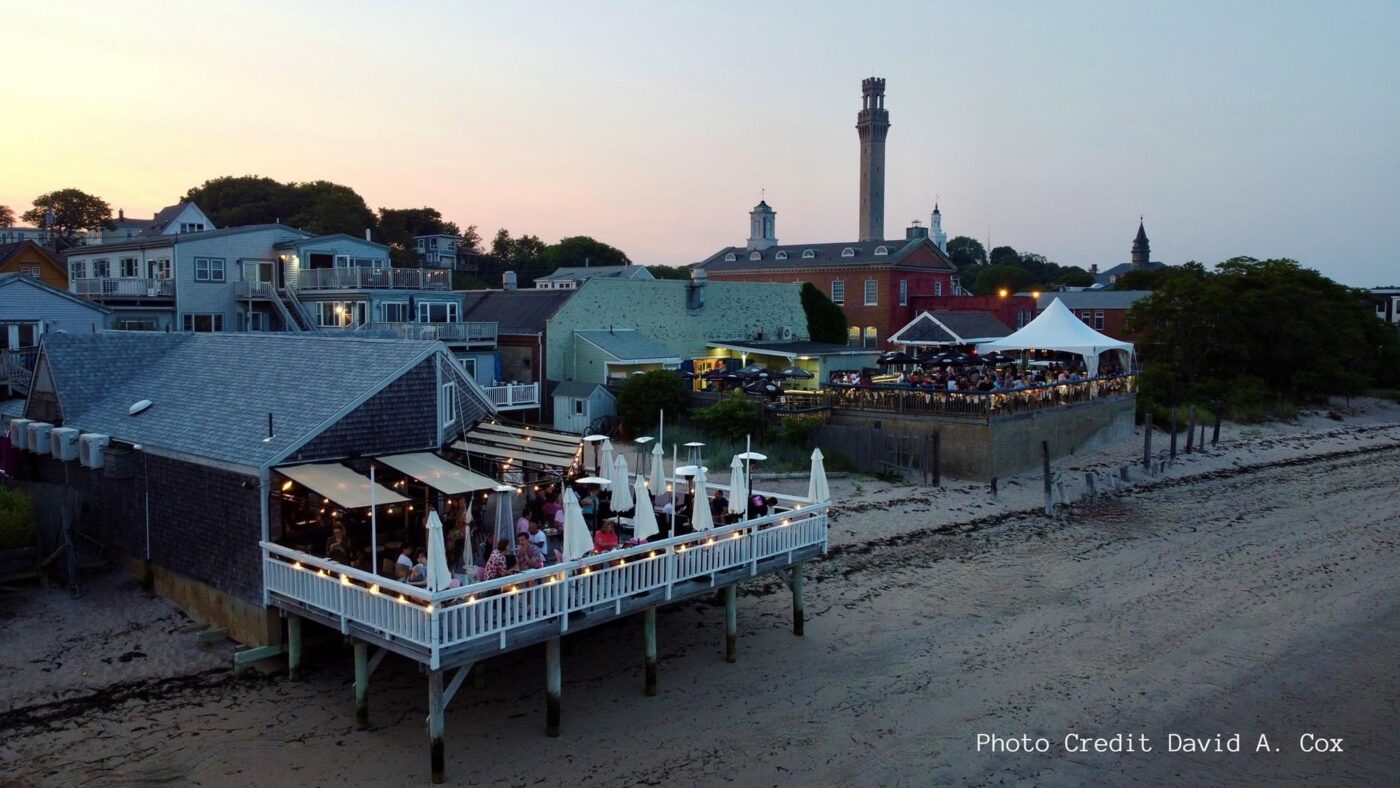 The Club is on FIRE

Frank Christopher and his partners (Lea DeLaria and Don Rapport) opened The Club (193A Commercial Street) in 2019, with plans for it to be Ptown’s answer to Smoke, his New York City jazz supper club.

Bring in big-name performers, create a place with atmosphere, and the sky’s the limit. “Okay, he admits, “there were a few hiccups that first year.”

In wanting to re-create Smoke, Christopher was forgetting something important. “We were thinking we were going to duplicate my place,” he says, “We forgot it took 20 years to build it!” His ah-ha moment came during a conversation with health agent Lezli Rowell. “I told her I meant for it to be a New York-style supper club,” he recalls. “And she said, ‘You know, nobody cares about New York in Provincetown. Even New Yorkers don’t care about New York in Provincetown!’ I listened to her and took it to heart. I remember right after Women’s Week I was staring out at the water and realizing that we had to become Cheers before we could become the Blue Note.” Christopher sold Smoke last year to solely focus on The Club.

He’d tried a little too hard for the latter, he realizes now. “We were all about the entertainment,” he says. “Everyone we brought in was phenomenal, the real deal of working performers. But it was planes, trains, automobiles, housing, and food—and that was all before we even got them on stage! And then you look down at the empty room and know your whole payroll is going to the musicians.”

Christopher needed to make the space work for the community, not the other way around. “My wife and I took out a second mortgage and we made a plan. We wanted to change the focus, to make sure people didn’t think of us as primarily a performance venue. We wanted to emphasize the kitchen. And we had to brand the place as a place to eat. Late-night kitchen was a mistake, but breakfast on that deck? It’s fabulous!” 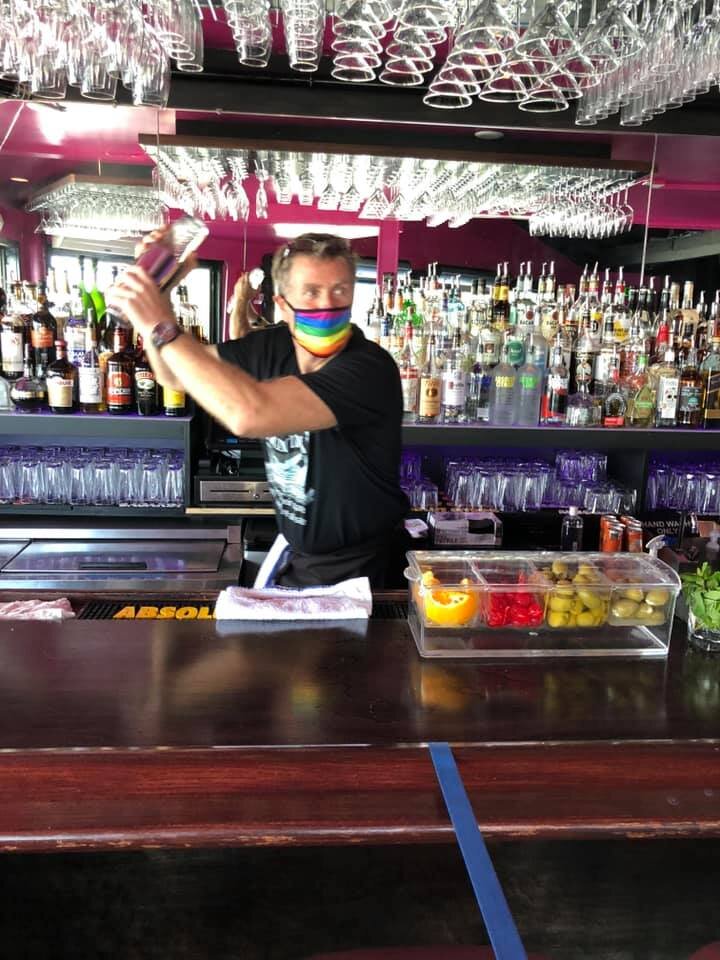 Frank Christopher of The Club Provincetown

So with the rebrand front and center, (2020) arrived and “we’re getting ready to open,” remembers Christopher. Covid arrived—both he and his wife actually came down with it—and suddenly there were no bar customers, take-out only, forty percent capacity once they could have dining. “We had a really bad first year and no way to improve it in the second year,” he says. “We’ve credit-carded our lives. So there’s the challenge: how do we take this horrible situation, how can we turn it into a positive? It became incumbent on us to think about what we can accentuate. Well, we have a sliding door that opens all the way. There’s a beautiful deck. There’s airflow.”

And so, in a pandemic year, Christopher rebuilt The Club. Even the name, which in the past occasioned some jokes, took hold. “What it connotes makes sense,” says Christopher. “We’re off the beaten path. If you find us, you’re hip. We’re a speakeasy, a breakfast club, a supper club, a nightclub, a beach club, they all fall into it. We tried to find new names—but no. This is what we wanted to do. We had to be Cheers.”

Christopher brought in a new chef, Amanda Veillette, and focused on the food. “There are a whole lot of buckets where you can lose money, and food costs is one. There’s less risk in using frozen food, because you’re not throwing anything out.” But fresh food, he maintains, lifts the menu. “It takes a desire to really want to create something special. Most people in the business would consider that crazy. And Chef Amanda is killing it. We’re featuring chicken and waffle biscuits with bourbon-maple gravy. We’re hitting on all the cylinders we tried for before.” 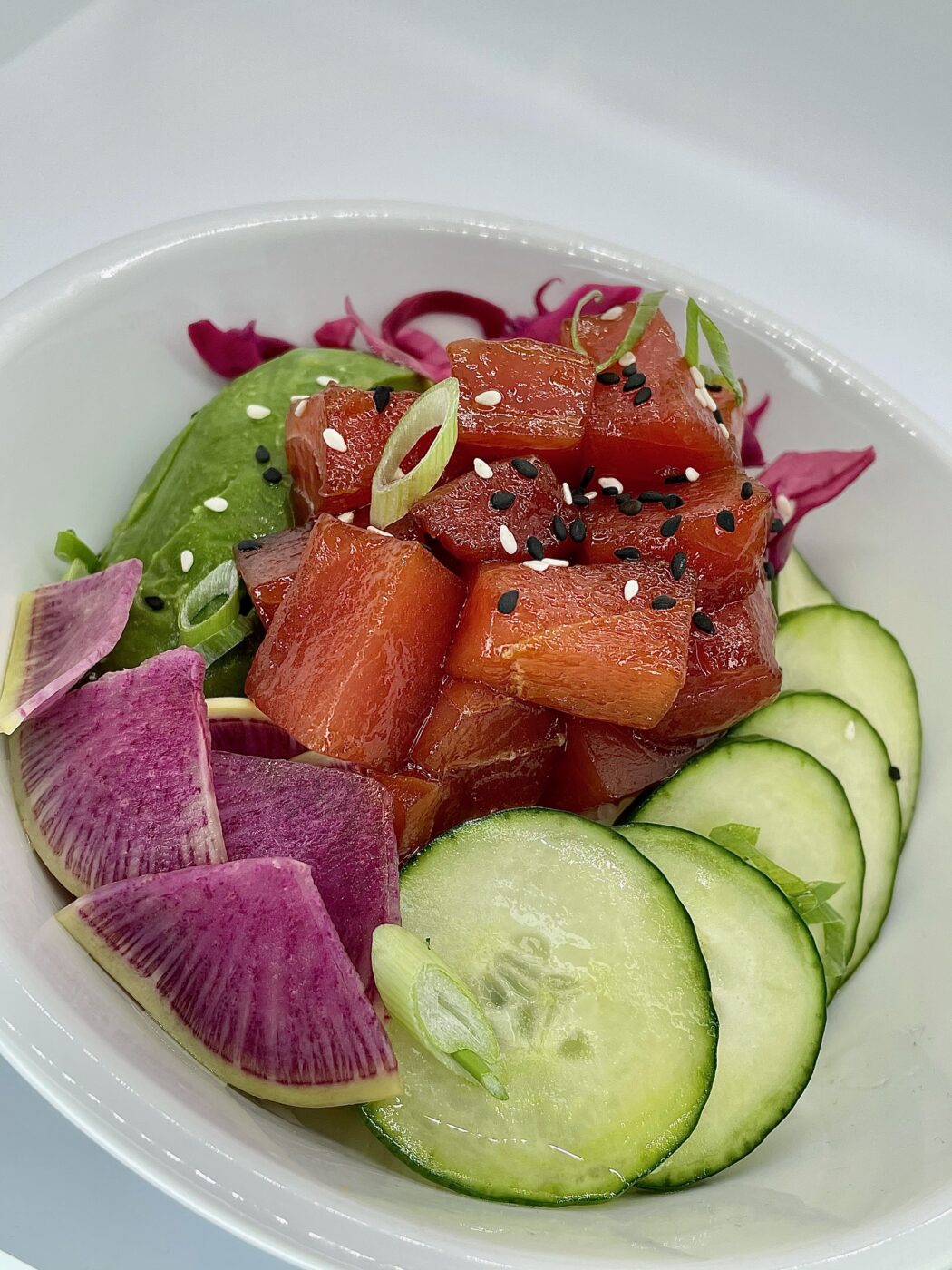 Tuna Poke at The Club Provincetown

The Club still offers entertainment—but on the community’s terms, not featuring NYC headliners anymore. “We dropped the cover charge,” says Christopher. But he didn’t entirely scrap his previous experience. “I was thinking about how we’d built Smoke. In the beginning, during the week, we’d get these young musicians in, we put people together and they formed a new band and so we developed what were essentially residencies. What that meant was they had skin in the game. I realized I needed to hunt for local talent and give them the opportunity to have that same experience. That’s why I do the jam sessions, so I can see people and connect them with each other.” He’s also listening to the community, bringing in funk Fridays and Saturdays after requests.

“Here’s the thing,” says Christopher. “You have your vision, fine, but I think you’re doomed if you try to make your vision the only one. You have to listen to the space, hear it breathe. Ask the space, what do you want to be, and how does that fit into what I’m willing to do? I still have to want to get out of bed. Right now, I’m trudging the happy road to destiny. I wanted to make this a house of art, and in ways that I’d never foreseen, it’s working.”

And the community has responded. “We love feeling the love,” says Christopher. “It’s unique to our experience. I had staff who come back, and they’re like my children. Such a good group. They love wearing their shirts and hats and representing. That makes me feel so fortunate.” He pauses. “We’ve been with TDBank since 2018,” he says. “This year I went into the bank wearing a Club shirt, and the tellers said, ‘we love The Club! We were there Saturday!’”

There’s a more personal connection he’s feeling as well, as he goes back to his own roots. “In 2020 I was forced to bartend… and I realized it was what I’d been missing. I like creating cocktails for people to enjoy. People confide in me without knowing I’m the owner.”

And what’s in the future? “I want us to be thought of the same way people think of all the old standbys,” Christopher says. “That’s my goal. I want to be one of those places. I don’t want to be a flash in the pan. We’re here, and want to bring Ptown our best foot forward.”

Christopher is himself certainly no longer a flash in the pan. He stays in town for most of the winter, volunteering at the Soup Kitchen in Provincetown and fixing up the place for the spring, and has plans for 2022 and beyond.