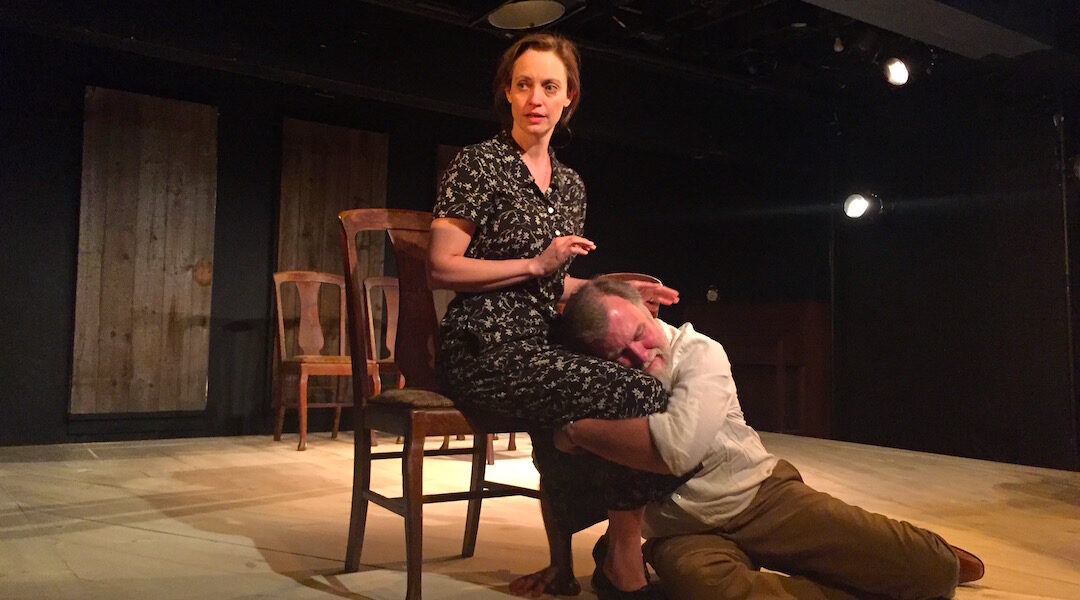 They’re perfectly miserable. It’s obvious as Three Sisters opens that these girls have seen better days—or at any rate believe they have. Against a simple and dark background, surrounded by music that underscores their situation (the brilliant repetition of “my days my weeks my months my life”), they pace like caged animals. It’s a striking opening to a play that speaks eloquently and timelessly to the impossibility of happiness and the emptiness of dreams.

At its core, Three Sisters is about people whose lives are on pause, waiting, convincing themselves that something real, fulfilling, even amazing is about to happen. Their lives have been all about preparation for it: their father made sure they took piano lessons, acquired language skills, pursued academic study, everything necessary to prepare a Russian of a certain social class for life. But his death a year ago left the family in disarray, and despite their subsequent acting out with wild affairs, they never really seem to get out of that disarray or that sense of being on hold. Something will happen soon. When we move to Moscow, they tell themselves. Everything will be good again then. 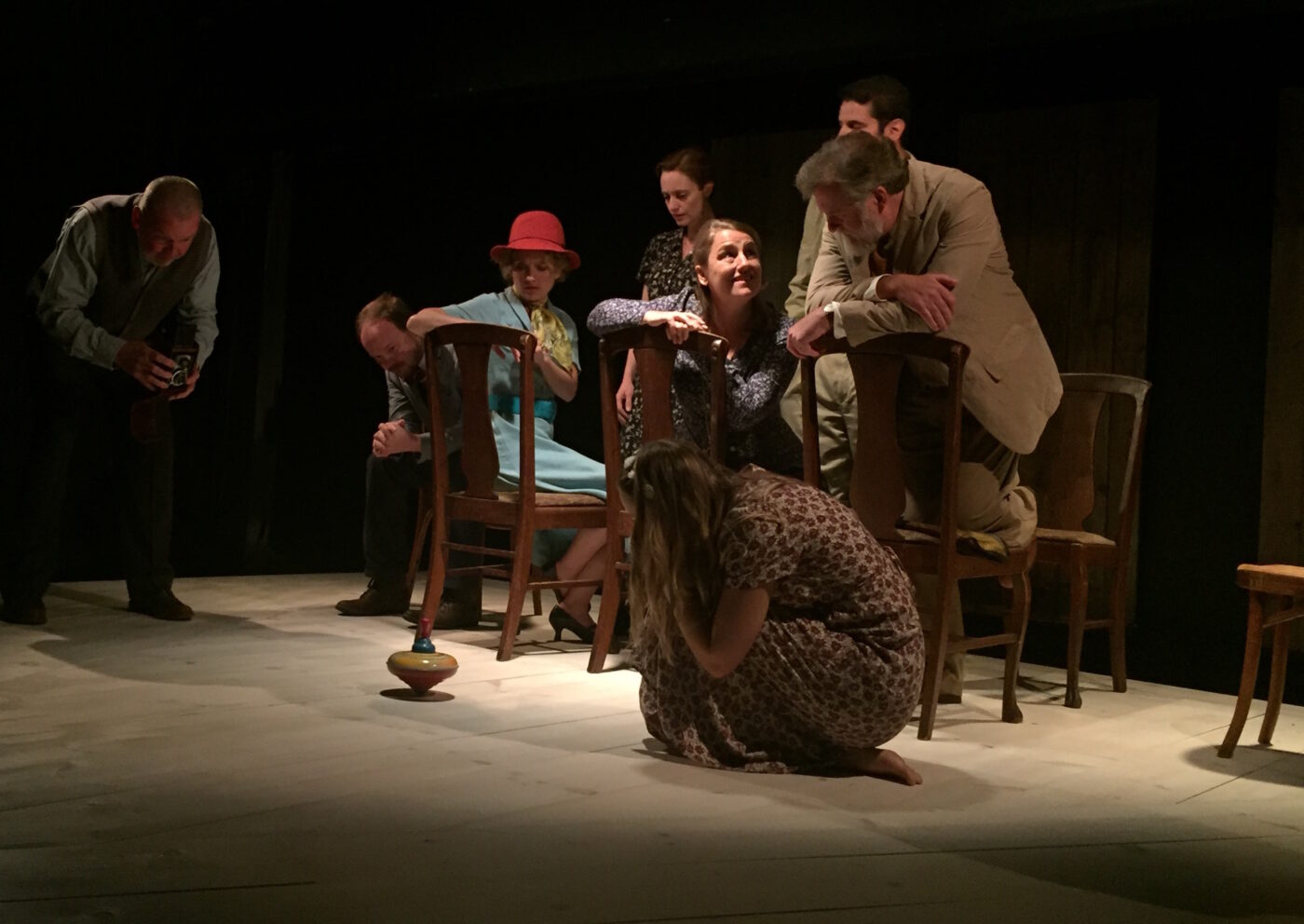 At least that’s what Olga (D’arcy Dersham) and Irina (Allison Zanolli) the oldest and the youngest of the three sisters, are saying. Masha (Stacy Fischer) stays apart, lost in a book, trying to make sense of a Pushkin verse, to fit it to her reality. In a way, that’s what the three women do throughout the two-hour play: try to fit their reality into the reality that surrounds them. And pretty much without succeeding. Sara Walsh’s spare staging seems to keep them in stasis, but it’s an energetic one: at any moment, one feels, the walls could start closing in on these characters.

The family’s predictable provincial life is enlivened by the arrival of the imperial army and the appearance of Colonel Vershinin (William Zielinski), an old family friend who immediately falls for the already-married Masha. (No worries; in Kropf’s streamlined version, we never meet the man onstage and his very facelessness underscores her lukewarm feelings toward him.) Fast on his heels is the arrival of Natasha (Winslow Corbett), the character audiences love to hate; she marries the sisters’ depressed brother André (Jonathan Fielding) and makes the house even more unbearable through her self-absorption and domination.

Every character in the play offers an outstanding example of Chekhov’s favorite emotions—boredom, longing, and listlessness—but portrayed with sensitivity. The sisters’ social aspirations aren’t personal: they’re the embodiment of Russian middle-class pretensions and uselessness. And while Chekov was probably unaware of it in 1901, the year Three Sisters opened, what we’re seeing is the seeds of what would ignite the country in revolution: a class that’s in essence superfluous, finding the most minute of tasks and interactions exhausting, and believing it deserves more than it has. Chekhov’s sensitivity (and sense of irony) gives the characters humanity inside this role: their superfluity is stifling.

They haven’t found a meaningful role in life and each in their own way talks about “work” as something exciting and foreign. The only character who does anything about the talk, who moves forward in a significant if decidedly odd way is Tusenbach (Ari Lew), the baron who resigns from the military in order to work in a brick factory. Had he lived fifteen years later, he might have trashed his title and joined the barricades; instead, he dies senselessly in a duel. One has to feel for him. He’s mad about Irina, who agrees to marry him but makes it clear that he shouldn’t expect anything else from her. I’d go get killed in a duel, too, after that lukewarm acceptance. 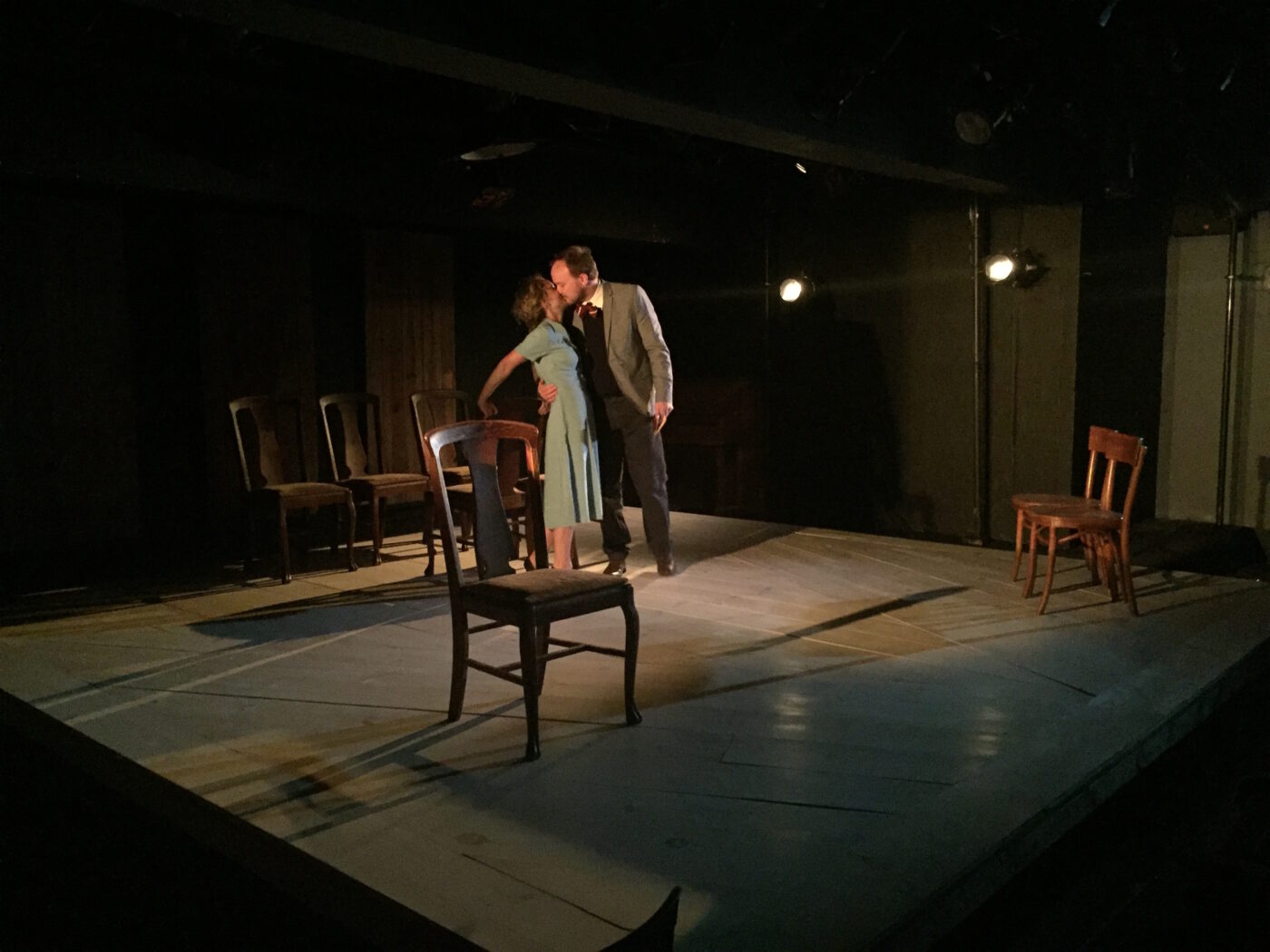 Robert Kropf’s genius as a director is apparent everywhere. His staging is rhythmic, even musical, characters almost like mechanical wind-up dolls, spacing themselves carefully across and throughout the stage, moving with a deliberation that fits with the overall sense of exhaustion and ennui. This adaptation isn’t an update—Russian names are retained, there’s no jarring modern technology present—and there’s something inherent in the dull gingham dresses and the formal three-piece suits that transcends time.

Why don’t they go? For Kropf, Moscow isn’t a city, it’s an elusive destination for a generation that’s lost direction. We all think our lives will get better when just one thing happens: we win the lottery, we become rich and famous. How is that different from aspiring to moving to the Emerald City of Moscow? Chekhov knows us well.

It’s the rambling old doctor (Dennis Cunningham) who nails the mood for Kropf’s production. “One day I looked up,” he says, “and it turned out my whole life had already happened.” That sense of nostalgia for something lost, that ache at constantly looking back, is eloquent and almost heartbreaking. And it permeates the play.

The acting in this production is absolutely across-the-board superb. It is impossible to single out any one actor, because the ensemble work is faultless. Special mention of Fielding’s disconnectedness (he gambles, he marries, he becomes a father, he loses a fortune, and all with the same air of not really knowing what’s happening around him), of Corbett’s just-this-side-of-caricature performance, and of Zanolli’s retreat back into childhood moments (and for playing Chekhov with a nose stud! I think he would have rather appreciated it). But that’s unfair: everyone was pitch-perfect. Kropf brought out from each actor the manic dancing-in-place that eternal false hope imposes on people. At the end, Fischer looks crushed; the only one whose romance we believe in becomes the most devastated of them all. 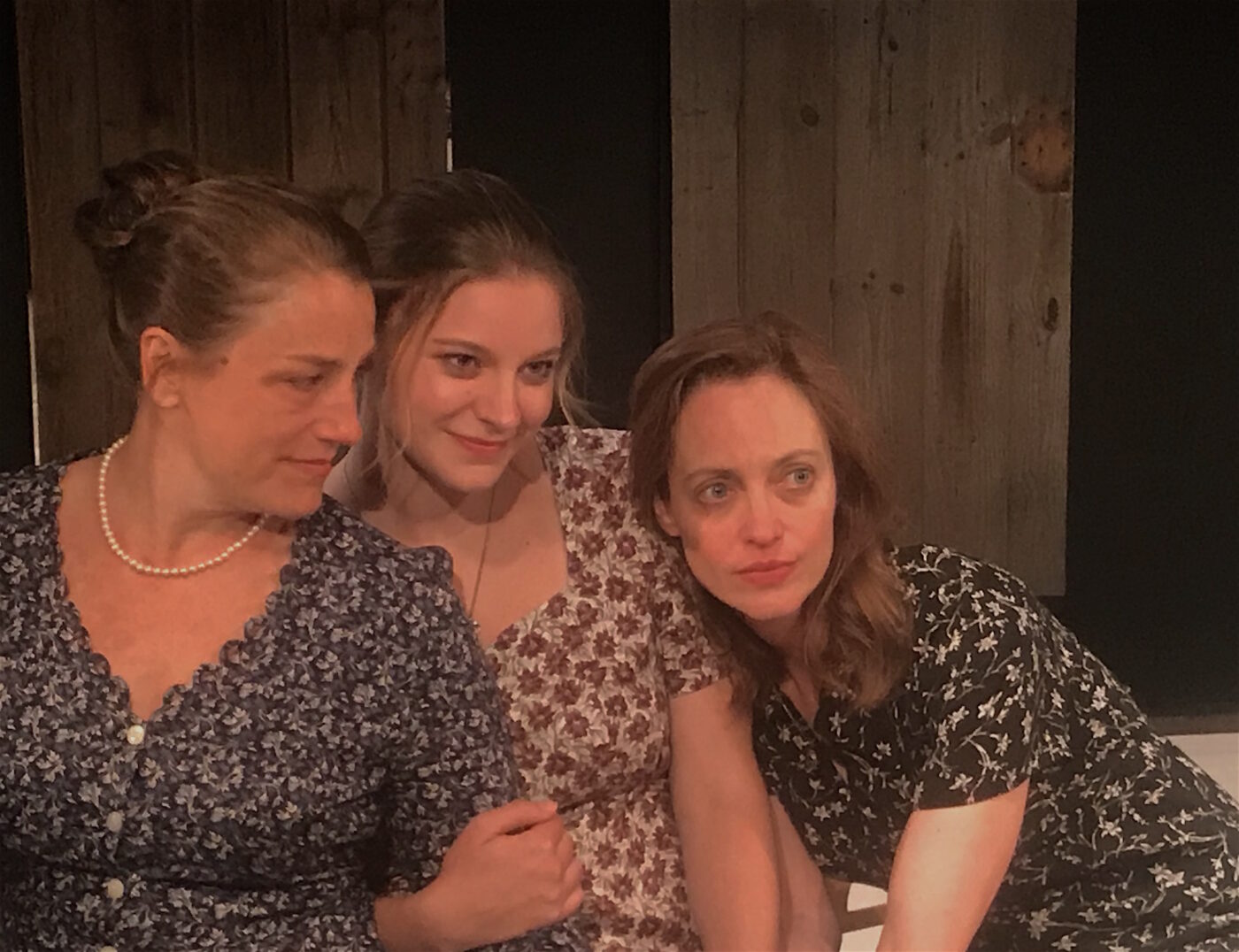 Expressing feelings through character—as opposed to “acting”—is strikingly difficult, and Kropf and his cast do it like a walk in the park. Someone commented the town seemed like another character, but I think the additional character is what is in the town and in the house: an atmosphere that’s almost tangible, that at times one could cut with a knife. It takes serious talent to produce that kind of character and atmosphere, and everyone—from lighting designer John Malinowski to costume designer Nancy Leary to set designer Walsh, as well as the cast and Kropf himself—does it perfectly. It’s outrageously impressive.

How do you make a play that’s essentially about the pointlessness of life appeal to an audience? How can a work that emphasizes boredom, listlessness, and defeat be entertaining? Kropf manages both. Part of the reason is that Chekhov himself wasn’t nihilistic: the struggle against despair is endlessly engaging, even if despair itself is not. Kropf picks up on the fascination of process, and runs with it. It’s a reminder of why Chekhov is so ageless and how he can speak so eloquently to new generations: we too live in a time of deep uncertainly and deep despair, and we too look forward to something better just around the corner.

When we move to Moscow, perhaps.