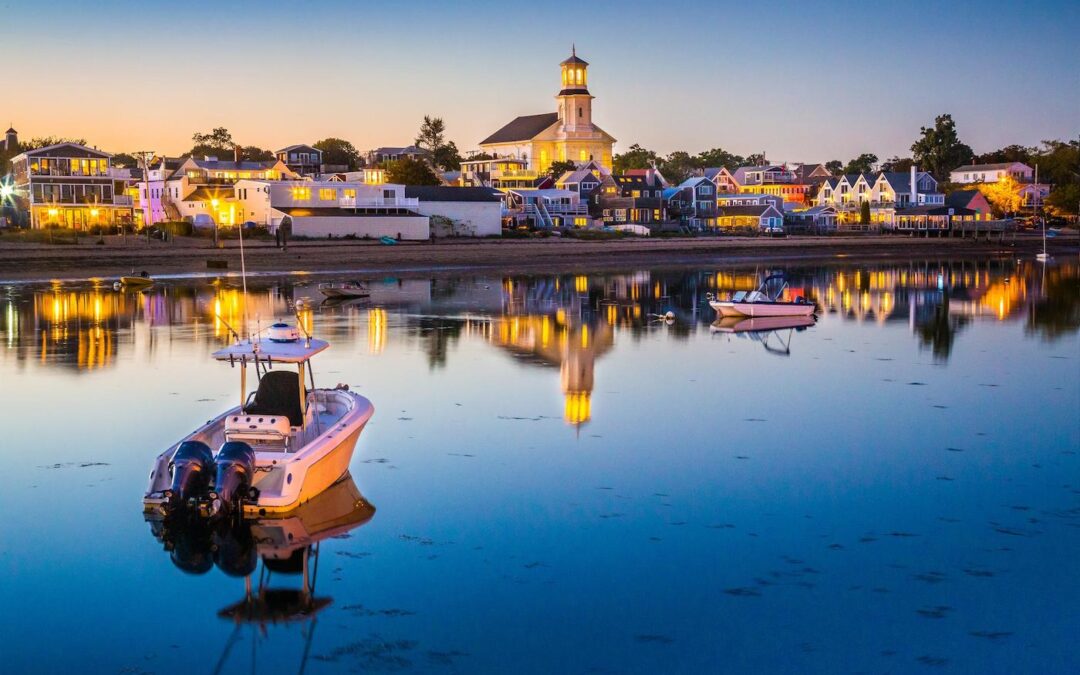 Who doesn’t need a vacation? If you’re traveling to the Cape and Islands, or if you have a vacation-rental property here, then those are the magic words: We Need a Vacation.

The family-owned company had its beginnings in 1997, when “we’d bought a house in Orleans that was more than we’d budgeted,” says co-owner Jeff Talmadge. “We knew we’d have to rent it out summers. Back then, there were listings in newspapers, alumni magazines, people were mailing Polaroid pictures of houses around.” Jeff, a software engineer, was just back from a Microsoft conference in which he was exposed for the first time to a website development suite of tools to build data-driven websites, and “my partner and I went bananas,” he confesses. “It was clear something seismic was happening.”

They were right. Working part time, Jeff built a proof-of-concept website and talked to a number of real estate agents, who felt he was on to something; WeNeedaVacation.com launched six months later. Jeff continued his software work, Joan continued her work as a writer and editor in the education field, and “I sat at the kitchen table making cold calls!” she remembers.

They weren’t always Cape-and-Islands-focused. “We started doing all of New England and Florida,” Joan explains. “But it was really the Cape and Islands that were performing well.” They dropped out of the New England and kept Florida going for ten years before dropping it as well. “We needed a focal point. And it’s important to us that people see we live here,” she adds. “It personalizes us as a company, helps to distinguish us. We live here. We know this area, unlike the big-box sites. We know the homeowners, and they know us.” She smiles. “We’re the website with a heart!”

Getting to know the homeowners is an important component for the Talmadges, who hold homeowner forums every year where they meet people face to face. “There are people who have been with the site since the beginning,” says Joan. “They’ve been able to keep their homes because of the service we provide. They put a lot of value into having a trusted personal connection with us.” Forums are held at the Brewster sea camps and in Falmouth in the fall, with another on Martha’s Vineyard and a fourth more occasionally on Nantucket; they are looking into holding one in Provincetown.

“Many homeowners work in a vacuum,” says Joan. “They don’t have any interaction with each other, so the forums fill that need. We do a spiel, maybe show a couple of our EsCape TV shows, and then they interact with each other, bounce ideas off each other.” Other companies talk about building community; WeNeedaVacation.com is actually doing it.

The contrast with other vacation-rental sites is stark. The two big-box sites covering this area control the process so there’s no direct communication permitted between owners and guests. “That flies in the face of what we recommend,” says Jeff. “We say you have to talk to your guests, you want to know them, to trust them. There’s so much at stake in establishing a relationship before you book the home. We get calls and emails every day from other places where there’s no company like ours.”

Jim Reese, the couple’s son, is the mind behind the marketing. “We really focus on content creation,” he says. There are separate blogs on the site, one for owners and one for vacationers; they additionally send out a monthly newsletter. EsCape TV provides a focus on different areas and themes. Jeff adds, “As a result, the content isn’t just helpful—you’re back to being more authentic. We’re nice people, we’re not trying to game the system, and we want them to see that.”

“We’re also starting to do a quality score of properties,” says Jim. “Is every listing up to date? Do they have reviews? What can they do to enhance their listings? We don’t display the score, it’s so we can help them be their best.”

Being their best extends to every part of the company. “We talk to every new homeowner,” says Joan. “Otherwise we don’t list their home. It’s important to us to know they’re authentic, and also, as new rental homeowners, to give them information. Most of the new listings are up to an excellent standard.” She adds, “Some of those who have been on for years rest on their laurels. We can call and take a look at their listing and then come up with suggestions for improvements. They don’t realize how important that first impression is.”

They are always looking for ways to help homeowners. “We have four people on the phone with them all day,” says Jeff. “Of our 10 staff members, four are there as fulltime support staff for homeowners. We help with the content—proofread, edit, do a little rewriting if necessary. We can offer additional services, like photography and digital marketing.”

New listings are reviewed and onboarded carefully. “What gets on the site is important,” says Jeff. “Partially to weed out scams, but mostly to strike up productive conversations. Our homeowner support team is upbeat and enthusiastic, and they give people cool information, piles of goodwill, and get them off to a strong start.”

Nowhere is this excellent customer support more visible than in the response to the Commonwealth’s new lodging tax. “When it hit, it was crazy,” Joan says. “We worked with the Department of Revenue to get the proper information out; we put it in our newsletter. I’d estimate I spent 50% of my time handling crises and freak-outs around the tax.” It didn’t help that the legislature passed the law at the end of December and it came into effect three days later. Did it affect their business? “Some people who had been at it for a long time and were already tired saw it as a last straw,” Joan concedes. “There are trends in listings and the tax is something to just take into account.”

The future is about continued growth. The company is always trying to evolve as the industry and technology change. The family wants to continue to support homeowners and continue to be the leader in this space.

A major evolution over the past few year has been the company’s green initiative. “The environment is very important to us,” says Jeff. “But it’s hard to know what to do about it. Not use a straw? How is my one straw going to help?” They fought against the inertia that questions like that one generate, and then decided they could make a difference by creating a green category on the site. “We created eight amenities, with checkboxes,” says Jeff. “Four have to do with recycling and waste issues, the other four with reducing usage.” Those amenities were added into the property search function, and now one-third of listed properties have them. “We got a lot of praise for doing it, but that’s not why we did it,” says Jeff. “We felt we needed to do what we could to protect this beautiful place. Maybe if vacationers start seeing it here, they’ll pay more attention at home, too. The two constituencies ping off each other.”

Much of the initiative is about education. “Clients would be coming for weeks at a time, and just automatically pick up cases of water—when the homeowner could offer filtered water instead, and reusable tote bags for the grocery store,” says Jeff. They provided free tote bags to homeowners at last year’s forums and will again. Was it expensive? Of course, but “in this case we weren’t willing to make any compromises,” says Jeff, who worries about the world his grandchildren will inherit. “I understand the profit motive of keeping a business going, but you have to draw the line somewhere.”

“I love that this is a husband-and-wife story,” says Jeff. “I tore my wife away from her beloved career, and that made all the difference. My view of the world was tech-driven, all I could think about was creating a powerful search engine. But from the beginning, it’s Joan who understood the importance of service to the homeowners. I was clueless! Joan—because of the person she is—saw we needed to help these people. She created the whole service aspect, and now it turns out that 20 years on, that’s what we’re the most proud of.”

There’s a lot to be proud of at WeNeedaVacation. Why not check them out when you are ready to take—or host—one?

ptownie tip: WeNeedaVacation.com currently has 100 Ptown listings, ranging from one-bedroom cottages and condos to four-bedroom homes for larger groups, available by the week or shorter stays. The majority of rentals are owner-run, with many owners living in the Outer Cape, and these owners take great pride and put a great deal of effort into ensuring a great experience for their guests. Guests book directly with owners, and WeNeedaVacation never charges any service fees. It’s a win-win for everyone!