Nevertheless She Persisted at Womencrafts 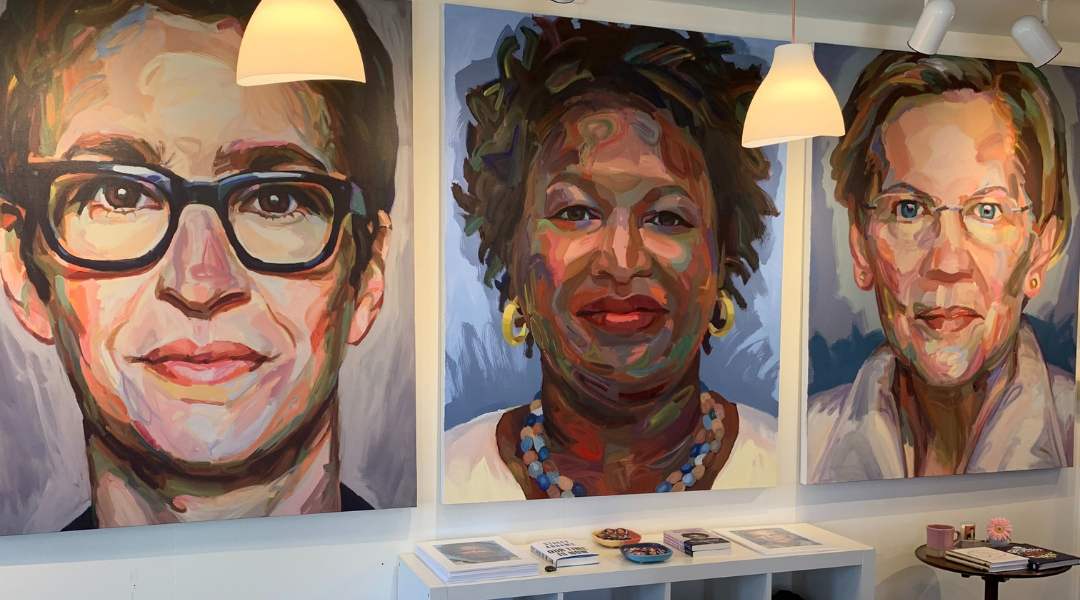 Nevertheless She Persisted at Womencrafts

Come Look Her in the Eyes, Come Say that to Her Face, Come Say Thank You, and Come Celebrate Women’s History Month with these Women.

Provincetown artist, Jo Hay, has found a spot in the Womencrafts’ family.  She and her work now make as much sense in our feminist, lesbian book and gift shop as the well loved bumper stickers, labryis pendants, and lesbian fiction.

The day of the Democratic Primary in Massachusetts in March 2020, Jo was standing in front of our voting location with a poster of Elizabeth Warren from her Persisters show.  I went over to take my picture with a friend and to thank Jo for all that her 2019 Persisters show meant to me.  I also asked her to collaborate with me on celebrating the 100th anniversary of the 19th amendment over the summer.  That joint work wouldn’t happen because the pandemic started within days of our meeting.  The spark of friendship lay dormant until RBG died.  Jo reached out asking if I wanted to have the large RBG painting in the shop!  Of course.  In the days after her death, women gathered in and around the shop as though we were all sitting shiva.  It felt so perfect to have RBG in this space with us.

I’ve had a hard time imagining her leave, especially after seeing so many kids take their picture with her.  Instead of taking RBG down, we have used the painting as a jumping point of collaboration.  From the beginning we knew we wanted to use this work for good.  We have made buttons, prints and t-shirts of RBG and Kamala Harris raising money locally for Provincetown’s Helping Our Women and nationally for Stacey Abrams’ Fair Fight.  As Jo completed her most recent Persister, Stacey Abrams, it was clear she had to come to the shop as well.  The two paintings are weighty anchors in the shop, as is the increasing friendship between me and Jo.  Jo’s wife, Carolyn, is good at the big picture story of the work and wanted us to use it for Women’s History Month and  there was room on my wall for three large paintings. 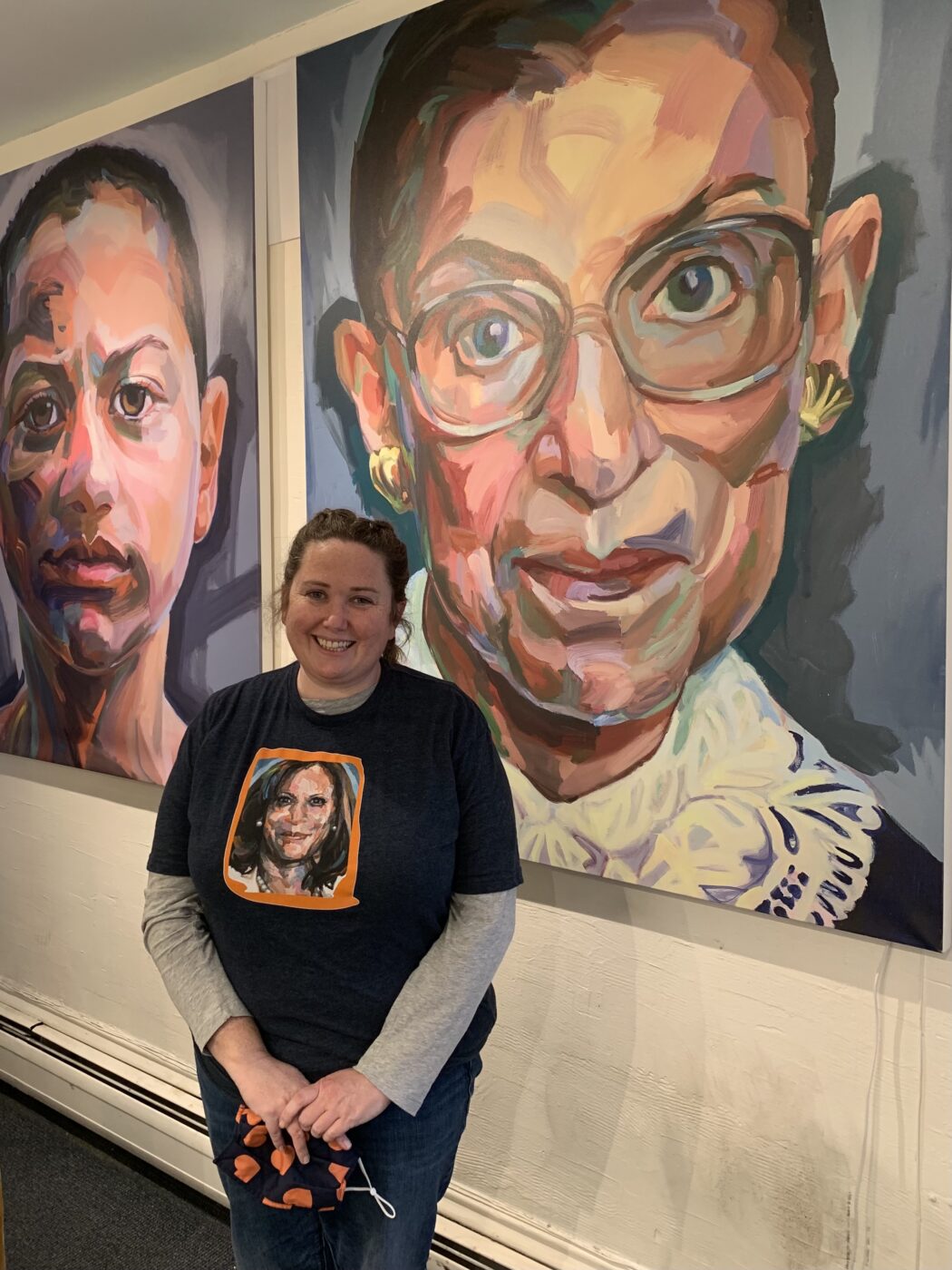 When the number of paintings grew from one to three, we knew Elizabeth Warren would come because she is central to our connection and to the series- nevertheless she persisted.  So it would be Stacey, RBG, and Elizabeth: perfect!  A few days later I got an impassioned text from Carolyn, “do you think we need a lesbian in the shop during Women’s History Month???”  Umm, yes, there is always a lesbian in the shop, don’t I count?  This hilarious message began to shape the show into a different frame, which of the Persisters were most aligned with the shop (and thus intrinsically me)?  If, I could have a lesbian, clearly I’d take a lesbian and yes that would be Rachel Maddow.

Jo began loading the show in on Sunday and immediately the room transformed.  Side by side Rachel Maddow, Stacey Abrams, and Elizabeth Warren make a powerful wall ready for so much projection, transference, connection, and conversation.  We were reverential and we were having so much fun ripping the shop apart and putting it back together.  As soon as these three were up we were immediately measuring the remaining wall space trying to figure out how to get as many of the persisters into the room.  Ok, I still had RBG and with some ingenuity we could fit two more- which two?  This show pulls at all the boldest parts of my empowered, badass self, and yet it was a hushed voice that told me I really wanted to bring Emma Gonzalez to the room.

Womencrafts is home to Gays Against Guns in Provincetown, a small offshoot and collaborator to the giants of activism in New York.  The Pulse Nightclub Massacre radicalized me into a gun control activist and the Parkland Shootings showed me how to back up and be led by the youth.  The young woman who stood in front of the world and held space and silence for six- minutes-and-twenty seconds, the length of time terror reigned in her school, deserves our eye contact and our attention.  How dare we give her anything less?

Emma Gonzalez and Ruth Bader Ginsburg belong next to each other.  I can’t fully articulate how or why this is so, but it was clear they are the duo of the show.

One wall space left!  Who?

I felt like a recruiter when I said, “go get Rapinoe.”  duh.  The addition of Megan Rapinoe really made the show seem complete as “The Persisters at Womencrafts”.  I would show footage of Megan Rapinoe dominating on the soccer field, holding the US Soccer Federation to the fire, telling Trump to fuck off, and loving her partner to any person wanting to know how to stand in her power and use her personal capital for good. 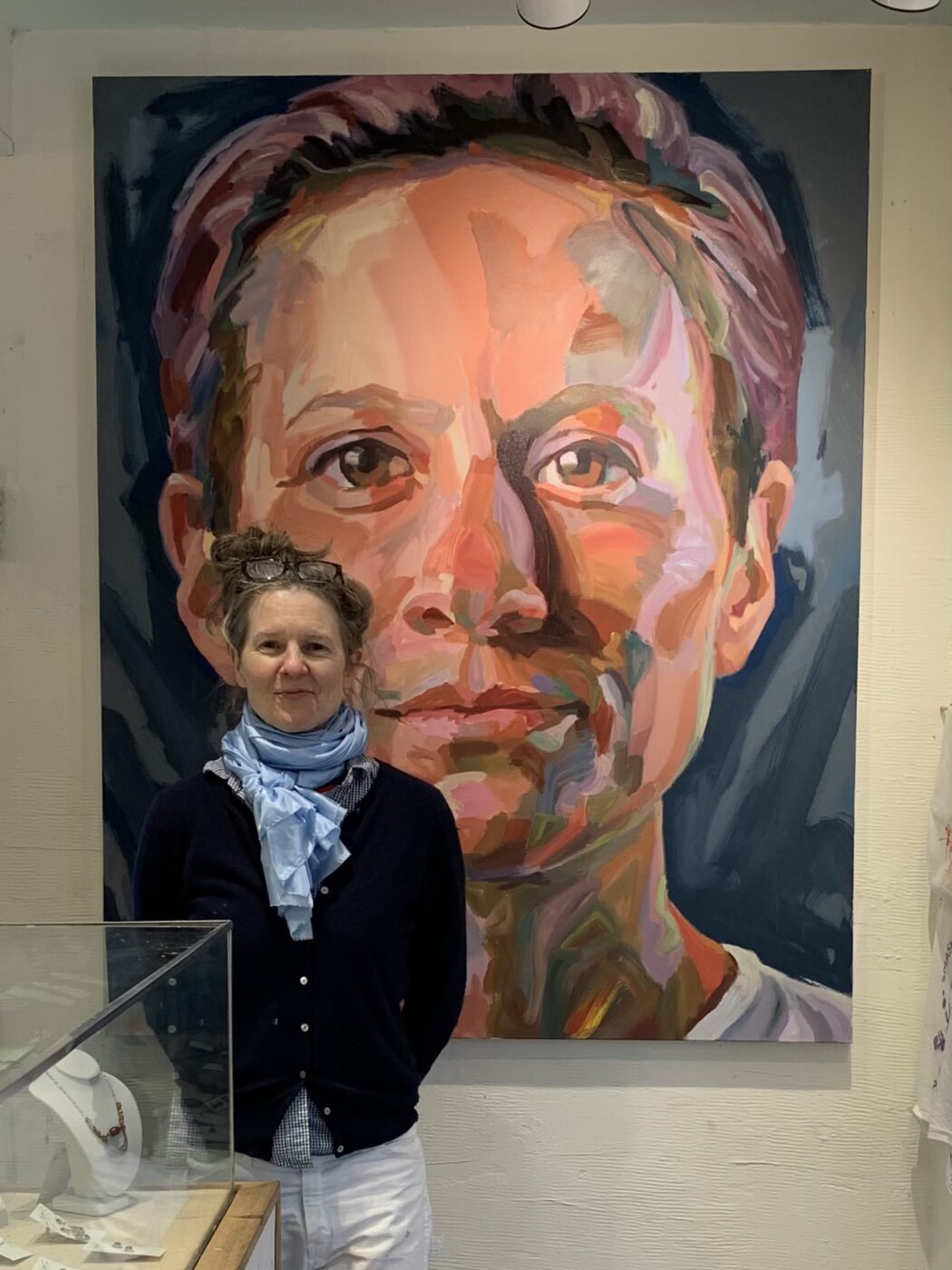 This Women’s History Month, I hope people visit the shop and  look at these leaders and visionaries not as something apart from or better than each of us, but as the embodiment of each of us so long as we persist.

Update: Since writing this blog post, I posted photos of each painting on my Instagram and Facebook page with tags and hashtags for each of the women.  Not thinking anything of that bold move, I went about my day and didn’t check social media for several hours.  I was gutted by the reminder that people hate Elizabeth Warren and now, through association, me and my shop.  My facebook page has attracted homophobic, misogynistic comments over the years.  We also have spent decades fending off the dreaded “are men welcome here?” questioning that comes with all the institutional transference people have to the aggressive name of the shop: Womencrafts.

What was written about Elizabeth Warren highlighted for me the level of ire she must be on the receiving end of endlessly.  If people threaten violence against a painting of her, what do they say to her, to AOC, to Hillary? It was her colleague, then Senate Majority Leader, that tried to shut her up and in the process coined, “Nevertheless she persisted.”  She was doing her job and a peer said that to her and thus validated weak men’s fear of women being turned to scorn, hate, and ultimately violence.  I care about Elizabeth, my senator,  too much to ignore a threat against her so I responded to the hateful responses by making a video about the show (available on Womencrafts’ Facebook and Instagram pages) inviting the bullies to come say it to our faces with an invitation to the shop.  I used other choice words and scared some of my friends, who worried I was instigating a fight.  My vagina instigates the fight, the name of my shop instigates the fight, the new show instigates the fight, and those things aren’t going anywhere.  And as for my mouth?  People trying to shut it up will find this: Nevertheless She Persisted.

This show will be up at least through March.  Womencrafts is open Saturday and Sundays 11am-4pm.  I am happy to schedule visits with people on most other days as well with a little notice.  Feel free to email womencrafts@yahoo.com 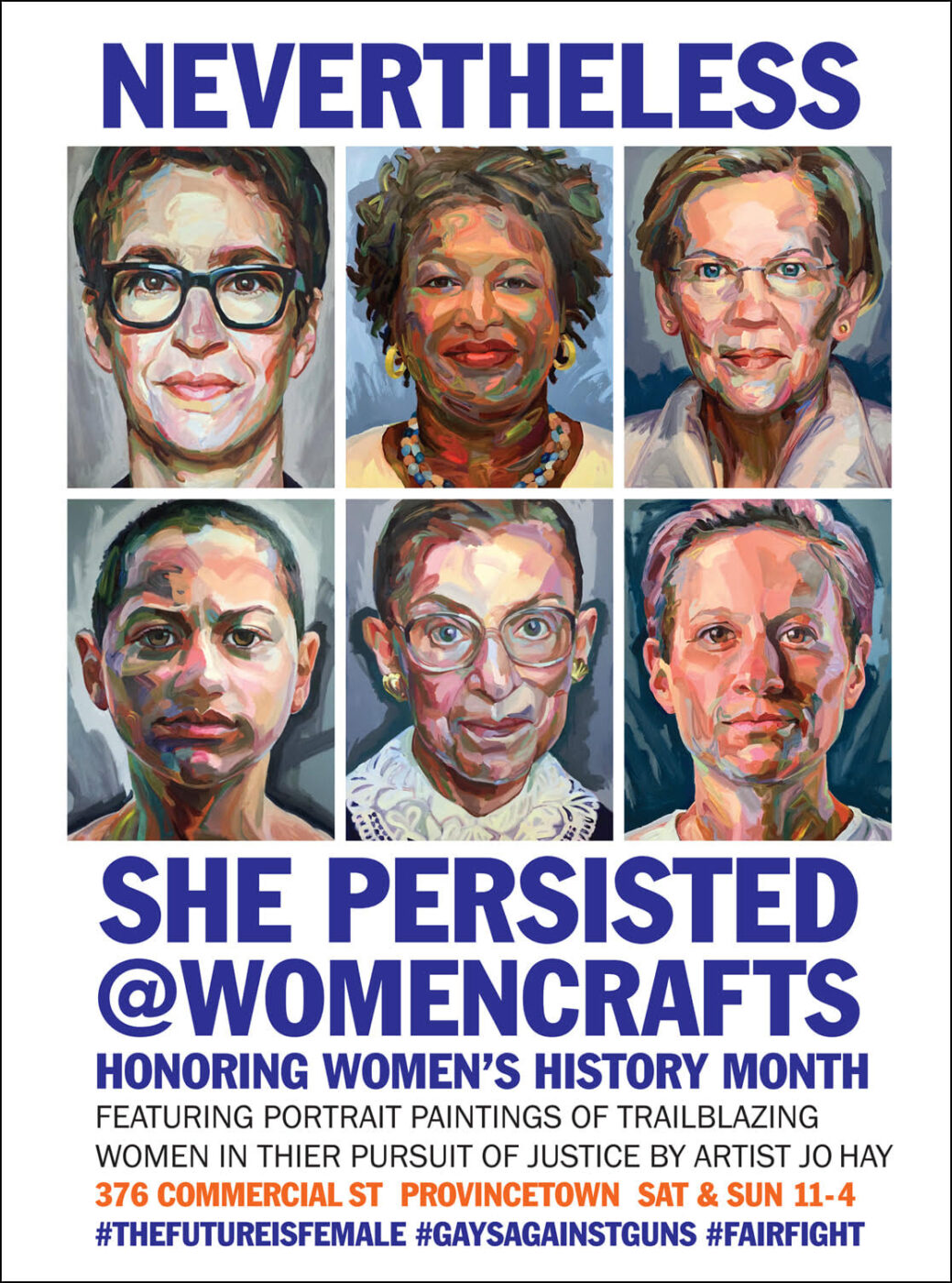