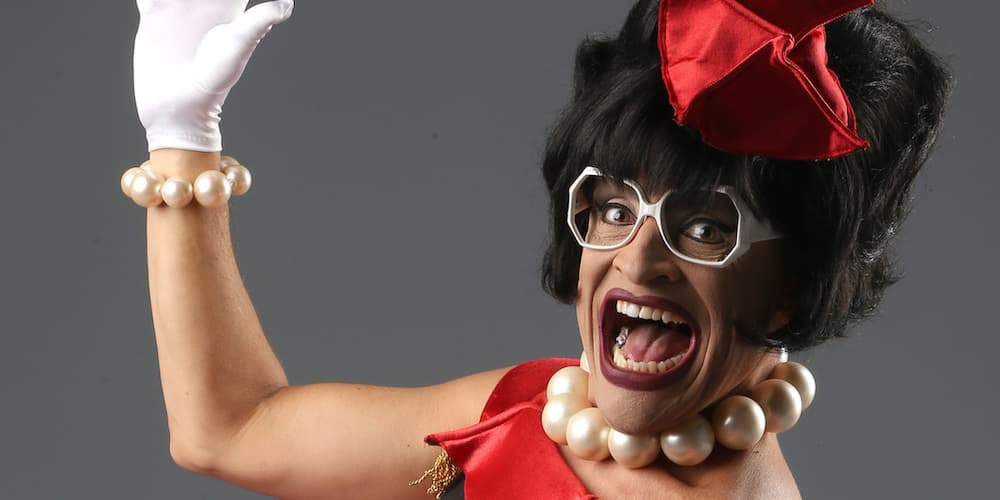 Everything you need to know about drag shows in Provincetown this summer.
Provincetown Event Calendar Theme Weeks and Events
Ada Vox
Pilgrim House

Ada Vox is an accomplished vocalist, songwriter, and drag queen who found success and pushed boundaries as a contestant on the hit singing competition series American Idol, becoming the first drag artist to place in the top 10 in the show’s history. Ada most recently appeared on Queen of the Universe, the brand new international drag singing competition, and finished as the runner-up! 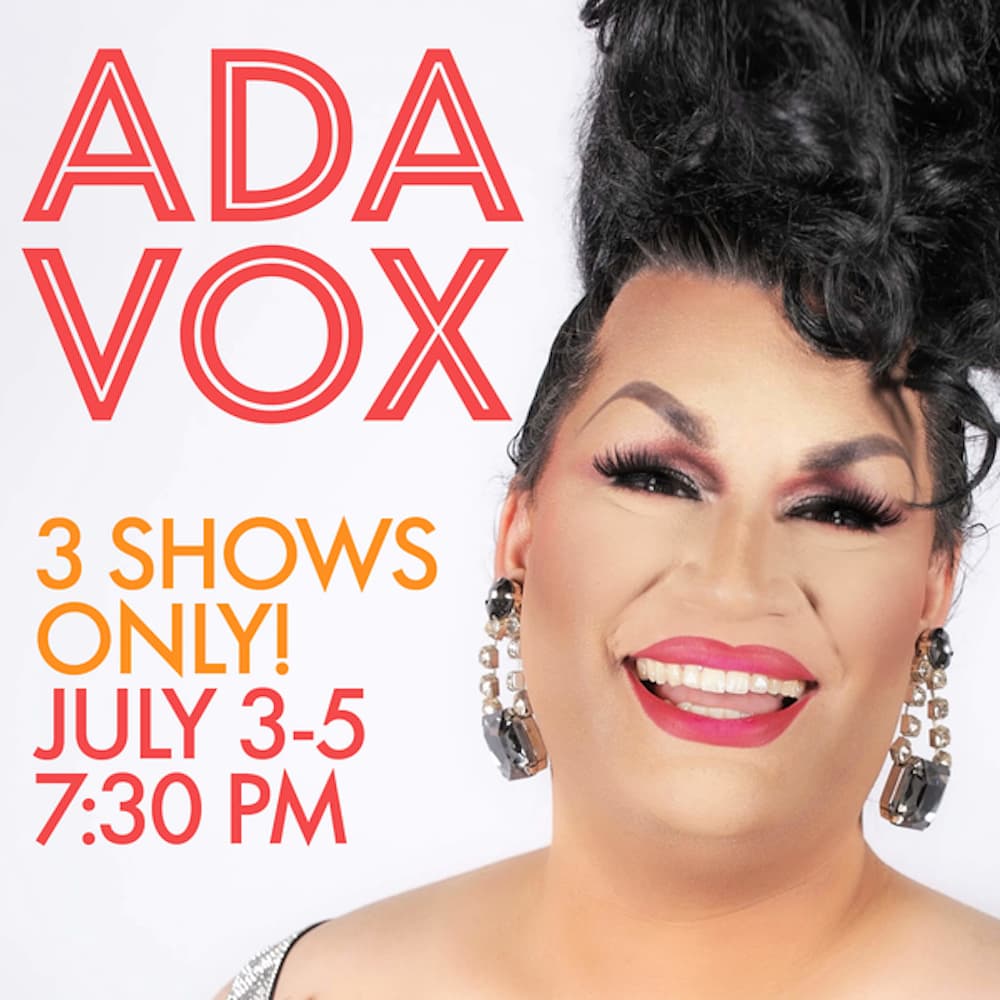 The Anita Cocktail Variety Hour, Ptown’s HOTTEST Drag Revue is thrilled to be returning to the PO Cabaret after a knock-out first season. With entertainers from PTown and Beyond, the Anita Cocktail Variety Hour is a hour of the finest drag from all over New England and beyond. With Anita as your hostess, you’re sure to have an evening of entertainment you’ll be talking about for years to come. Cast members Jona Williams, Abby Cummings and Raquel Blake are joined this season by special guests like Tommie Ross, Lawanda Jackson, Zola Powell, Ivy League, Khloe Glamour, Bianca Knight, Leslie Avery to name a few, and all of your local favorites will be popping by to do a little something.

Running Weekends through Halloween, the Anita Cocktail Variety Hour is NOT TO BE MISSED! 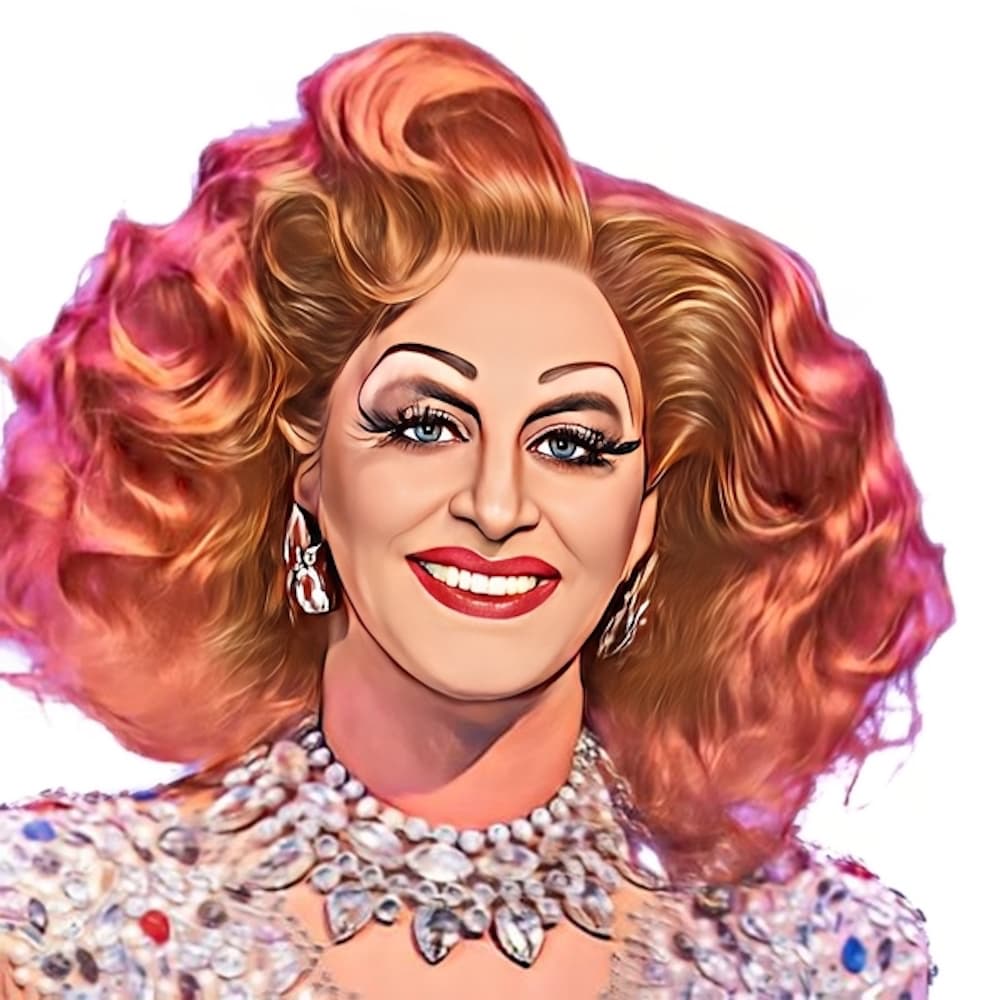 The RuPaul’s Drag Race Season 6 champion returns to Provincetown for one night only. Bianca Del Rio is the alter ego of seasoned comic Roy Haylock and season 6 winner of RuPaul’s Drag Race, is a self-professed clown in a gown. This hilariously hateful comic is known for her foul mouth and unapologetic humor, but her victims hardly have time to feel the sting before she zips on to the next topic. 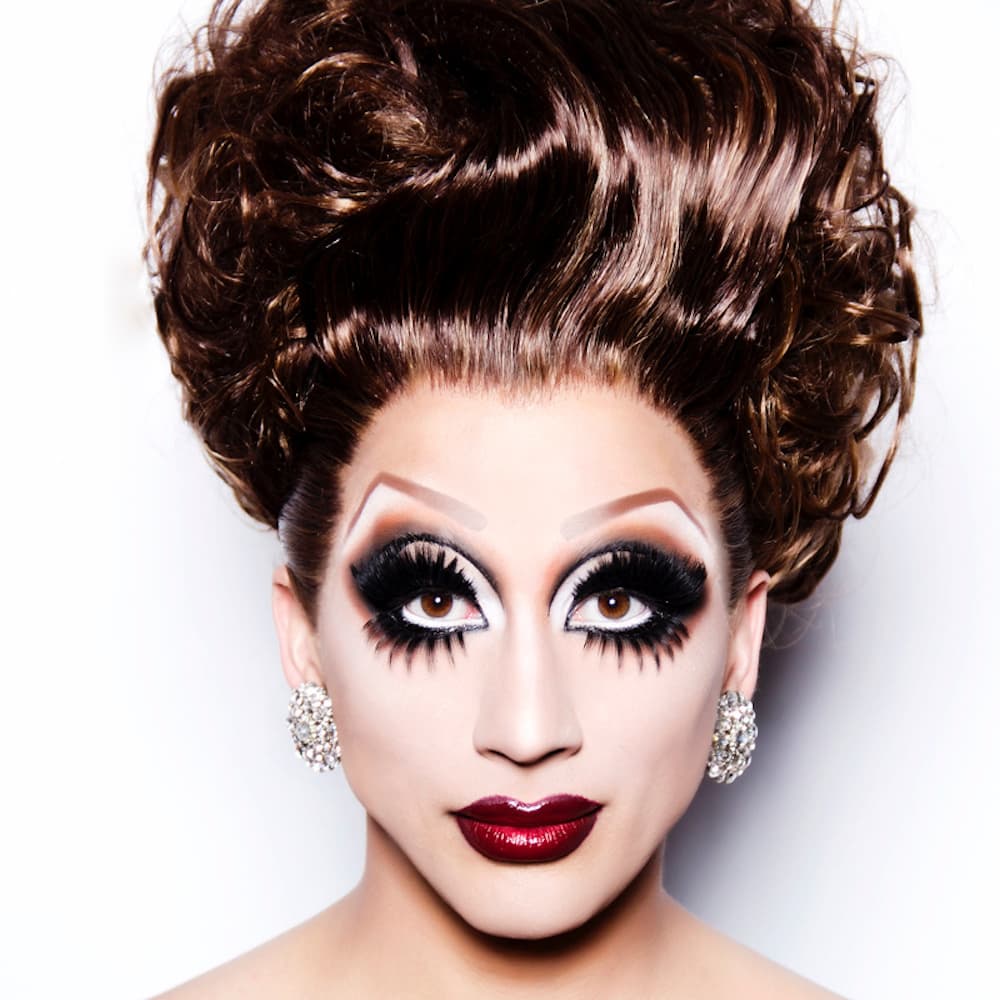 After everything that’s been going on in the world, Coco is ready to unleash her thoughts about the past, present, and future! Yes, this exhausted dinosaur of drag is not holding back anything in her new show Bitter Bothered & Beyond! 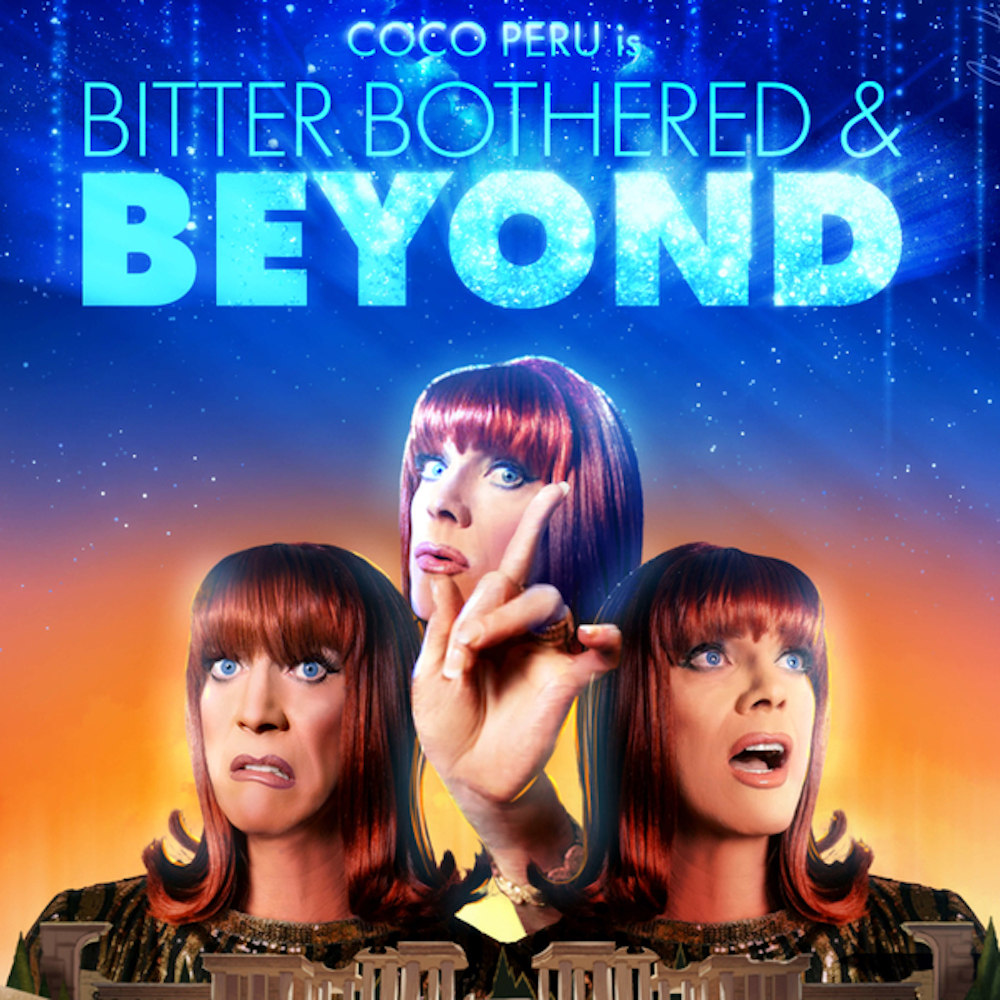 It is nearly impossible to adequately describe the jaw-dropping pathos and mind-blowing comedy in a Dina Martina show, but those who’ve seen her agree that it’s a smart and hilarious evening you’ll never forget. 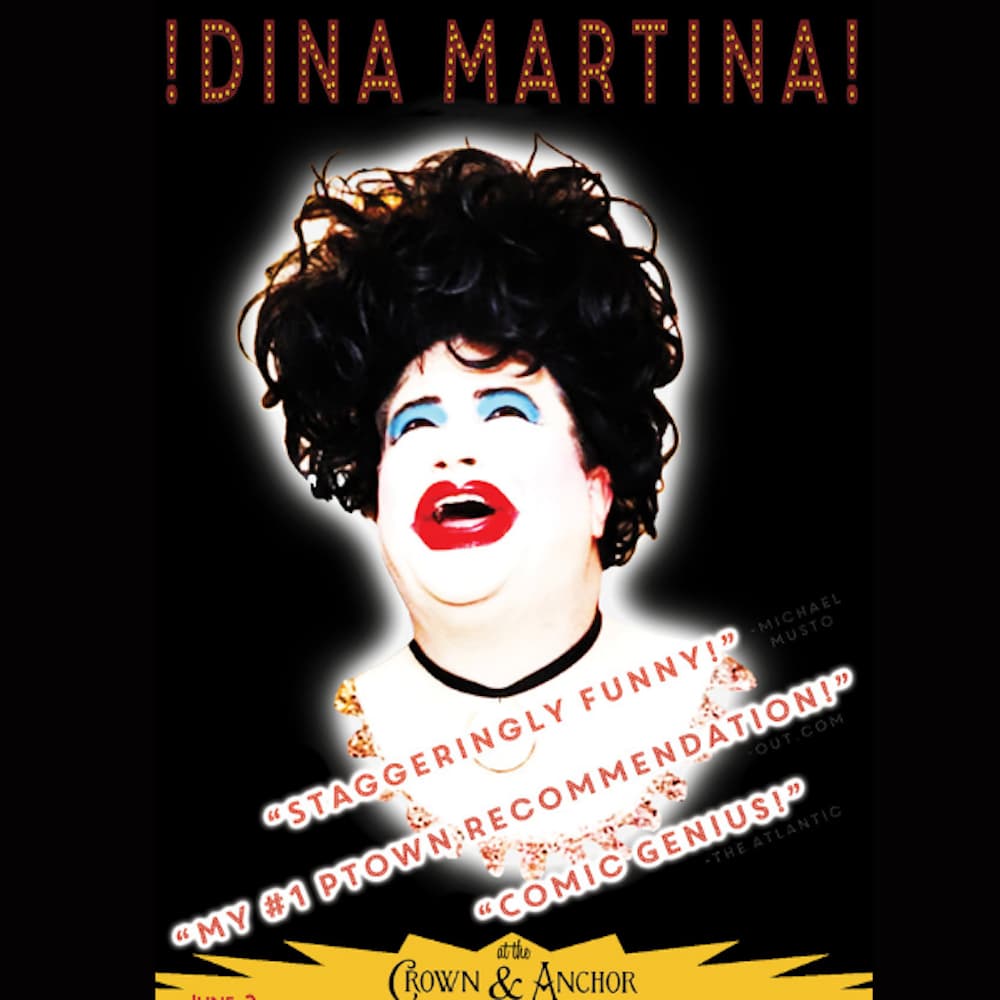 “EDIE with a D” marks Las Vegas drag sensation Edie’s return to Ptown with her first summer-long residency after a 20 year hiatus. Part tribute to Liza Minelli combined with Edie’s life-long love of dance, “Edie with a D” is also a celebration of the legendary choreographer Bob Fosse. Edie’s 1960s inspired go-go girl moves will be on full display as she high-kicks her way through 60 minutes of live vocals, comedy, and tell-all tales of her life as an entertainer that has taken her from the Ballet to Broadway to Cirque du Soleil. 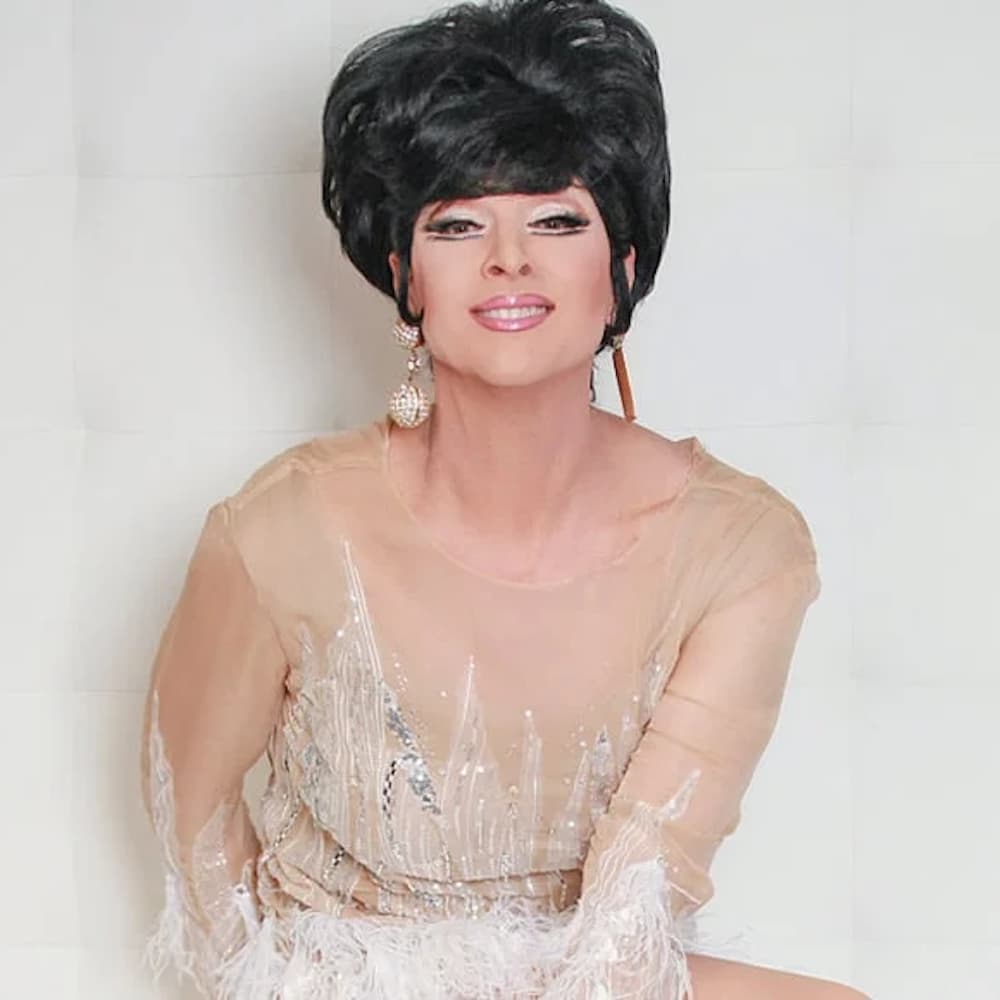 Long before she held court as a finalist on season 7 of RuPauls Drag Race, Ginger reigned as The Comedy Queen of The South from her homebase in Orlando, Florida. The self-professed nicest bitch youll ever meet cites classic funny ladies Carol Burnett and Lucille Ball as her idols. Anyone who can pile three wigs on their head, squeeze their body into a beaded and rhinestoned gown and serve humor alongside the glamour is my hero, says Ginger. Thats why she coined the term Glamour Toad to describe her unique persona. After spending the past year and a half touring the world, performing showtunes for Broadway royalty on national television and recording her debut studio album, Ginger will be seen on this summer on the new season of RuPauls All Stars Drag Race. 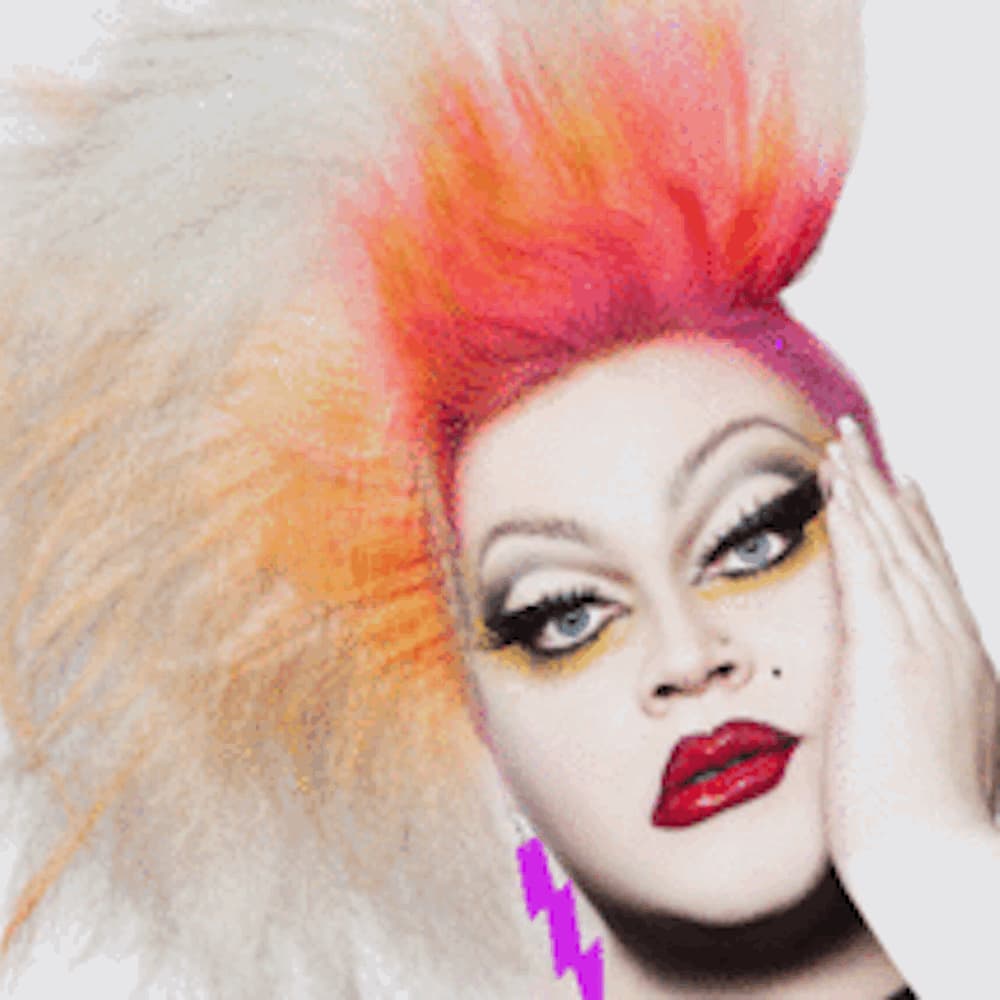 The Golden Gays™ are highly regarded as “the best in their field”, elevating The Golden Girls drag legacy to the next level by creating one-of-a-kind original musical parody adventures – paying tribute to the show that fans know and love, as well as highlighting the talents of the cast. The show stars Christopher Eklund as Blanche, Gerry Mastrolia as Rose and Jason B. Schmidt as Dorothy. Their tight three-party harmonies, innovative choreography and camp direction bring each production to the next level. 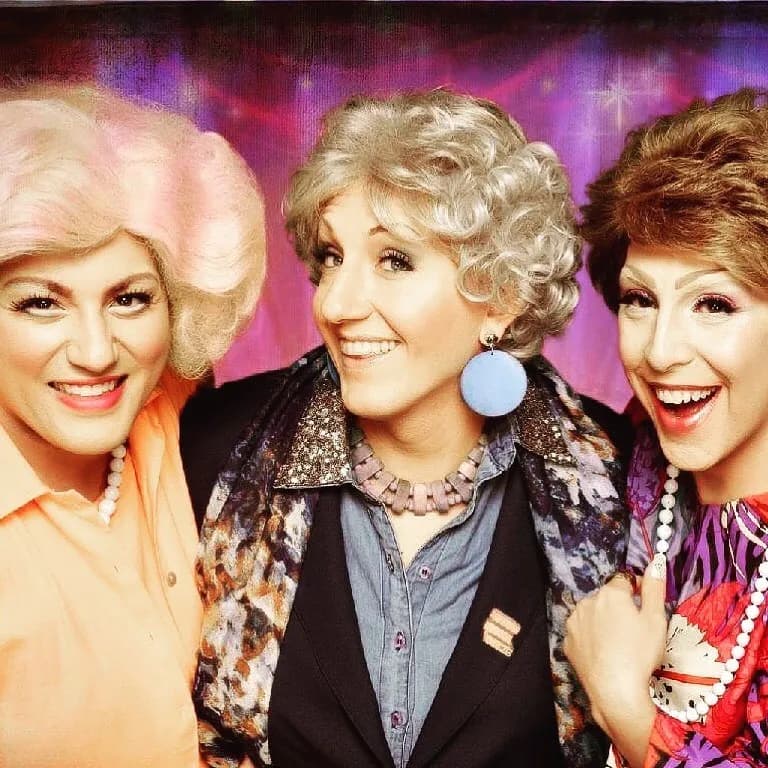 Provincetown’s Longest Running Drag Show is BACK for another season at The Crown & Anchor!

Classic drag at its finest! Glamour, skin and original sin all wrapped up in glitz and glam with the Ladies of Illusions. Celebrity impersonations with plenty of upbeat music and laughs thrown in for good measure!

Illusions Drag Revue is classic drag with the performers coming into the audience during each number to “werk” the room! Get ready for a fast, furious and fun-filled hour of entertainment! 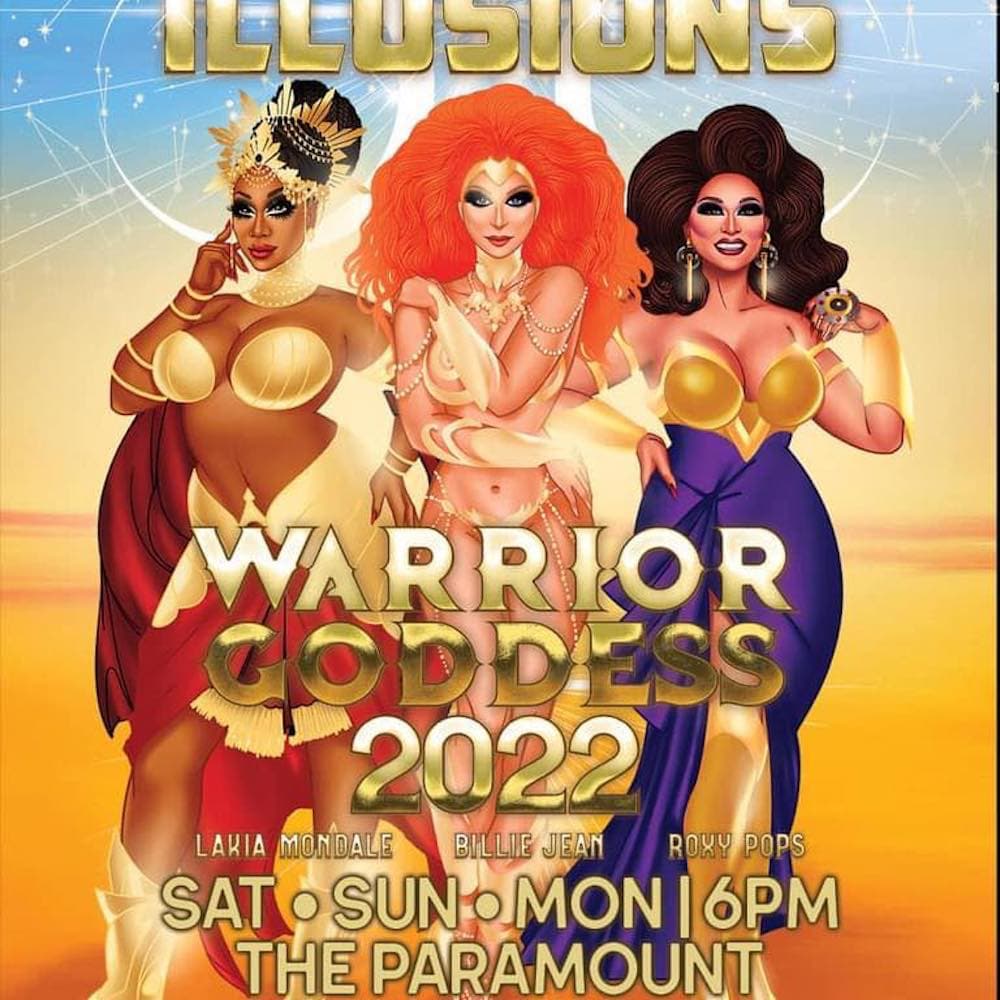 Latrice finished fourth in her original season; in its final episode, she was crowned Miss Congeniality. She placed fifth in the fourth season of All-Stars. In June 2019, a panel of judges from New York magazine placed Royale tenth on their list of “the most powerful drag queens in America”, a ranking of 100 former RuPaul’s Drag Race contestants. 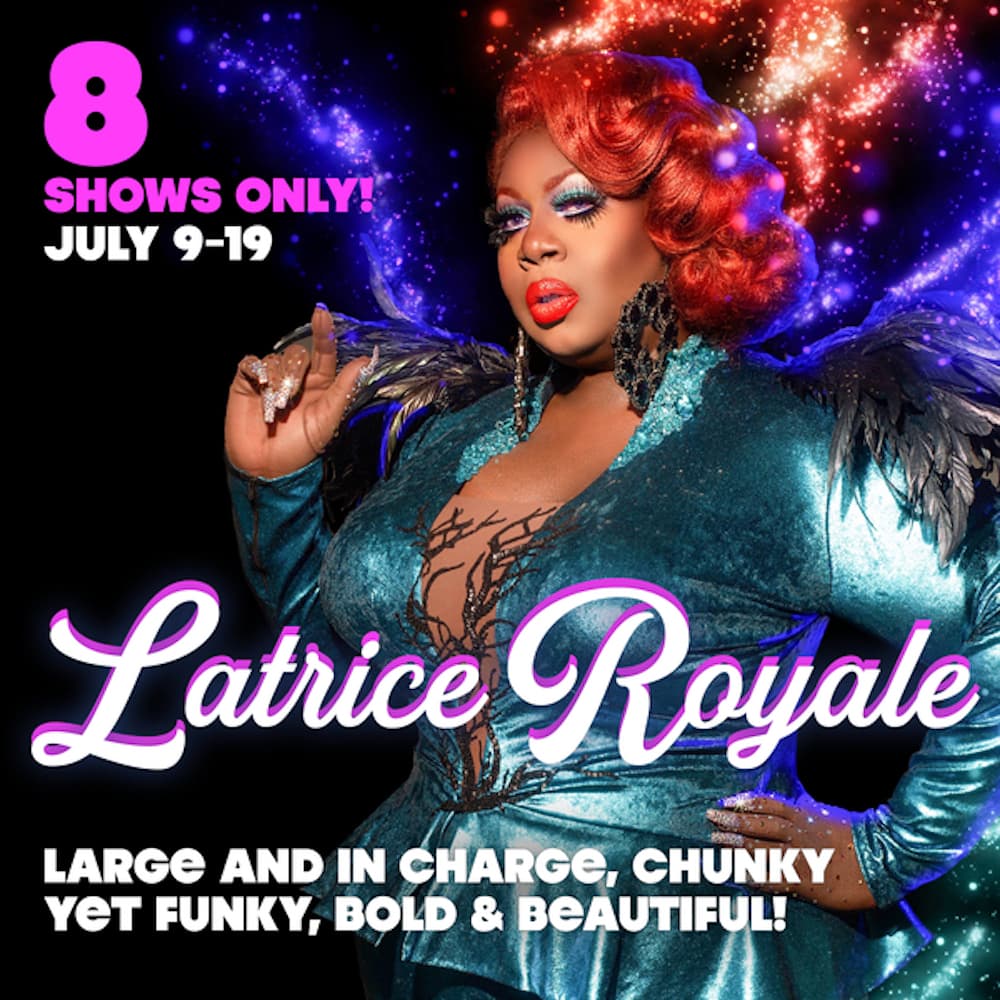 Mackenzie and Her Dolls - Mack'nifique
Wave Bar at Crown & Anchor

Bringing the body, glamor, camp and spice, Mack’nifique will flirt, dazzle and dance with all your senses. Mackenzie and her dolls are sure to please in this intimate and sexy weekly fantasy.

The summer may be hot, but it’s even hotter with Mack’nifique! xo 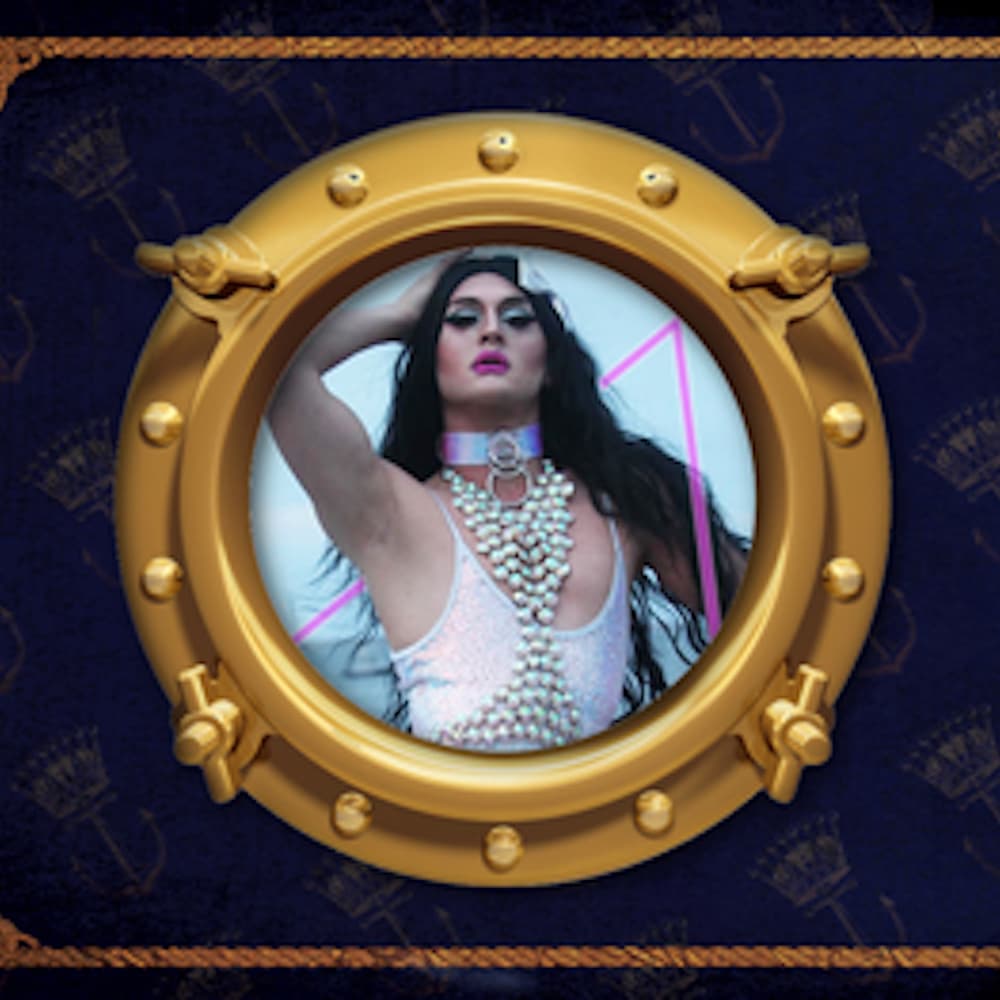 Mama Tits : Confessions Of A Ho
Red Room at Velvet

Mama Tits is the creation of singer, improvisational comedian and drag entertainer, Brian Peters. Since first hitting the stage at the young age of 5 this diva has been WERKing it professionally on the cabaret scene for the past 12 years. Originally hailing from Seattle Washington, Mama Tits has graced stages across the globe to the delight of her adoring fans! Known for her buttery smooth vocals and naughty yet witty humor, Mama T. also likes to inspire her audiences with a message reminding them that they are perfect just the way they are. 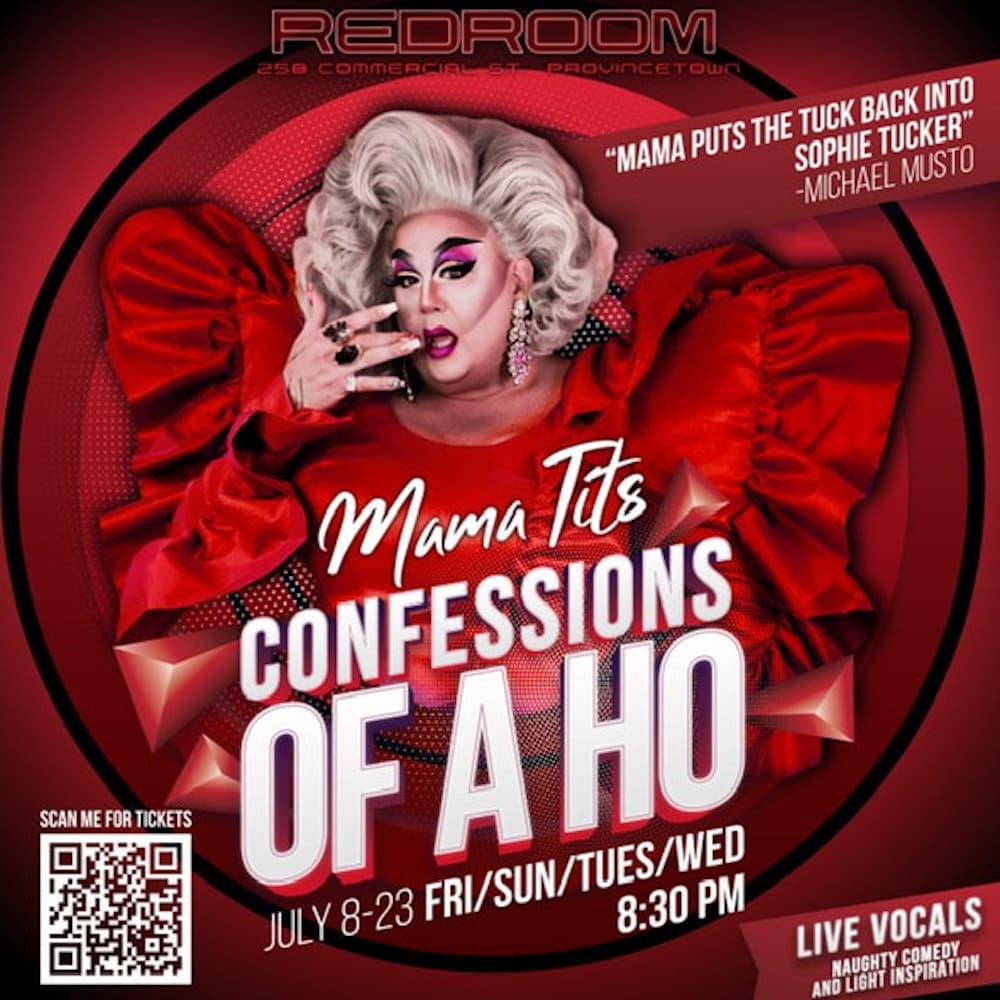 Miss Conception is back in Provincetown this summer to blow your spooky minds with her brand new, #1-rated show from Mexico and Canada, “VILLAINS.” Featuring the greatest villainous movies of all time, Miss Conception brings 10 characters to life with costume changes right before your eyes! Ghostbusters! Kathy Bates in Misery! Hocus Pocus! Beetlejuice! Cruella! The villains keep on coming!

“VILLAINS” features All Live Singing, comedy, audience participation, and dance. You will truly leap to your feet, wanting more!! 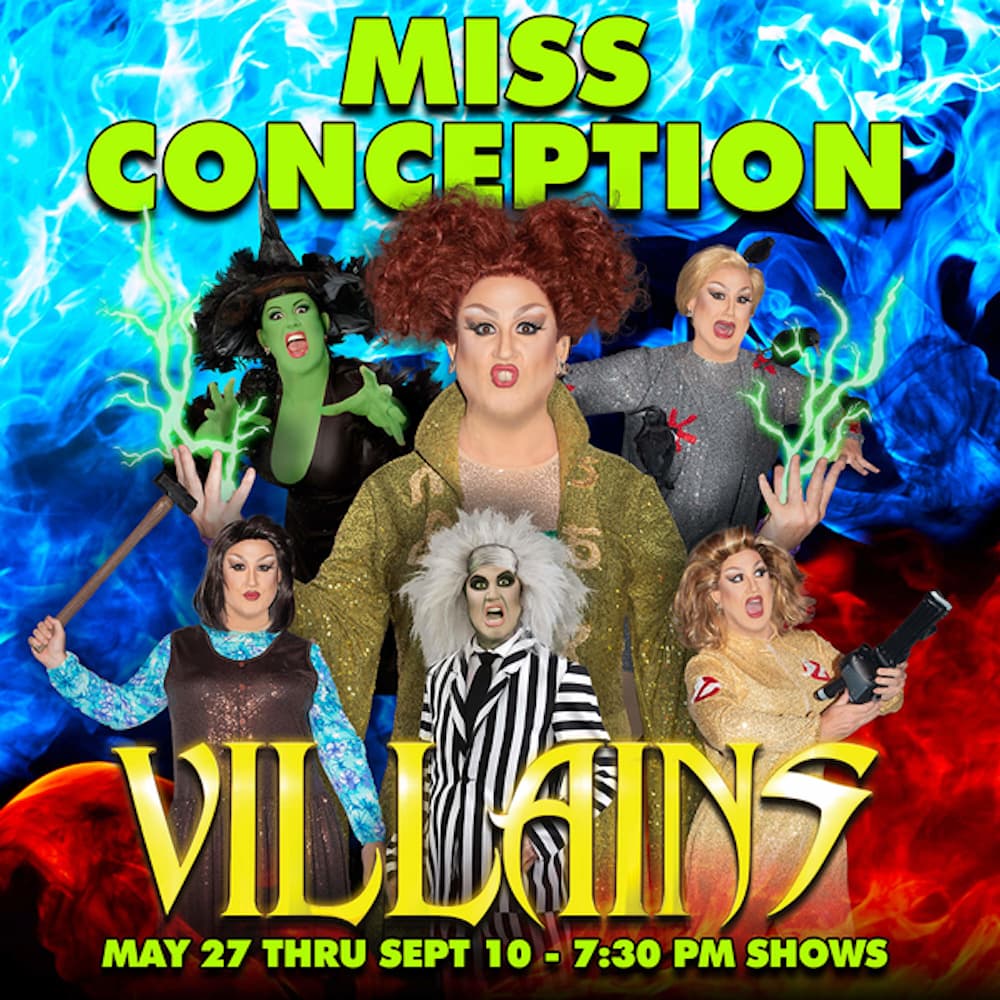 Miss Richfield 1981 will not be canceled, and you won’t either when you see her new show, “Cancel Cultured Pearls”. This all-new extravaganza will explore ways to live in our new politically correct cancel culture. Miss R will leave you entertained and more culturally savvy using original songs, videos, audience interaction, and occasional dance moves! 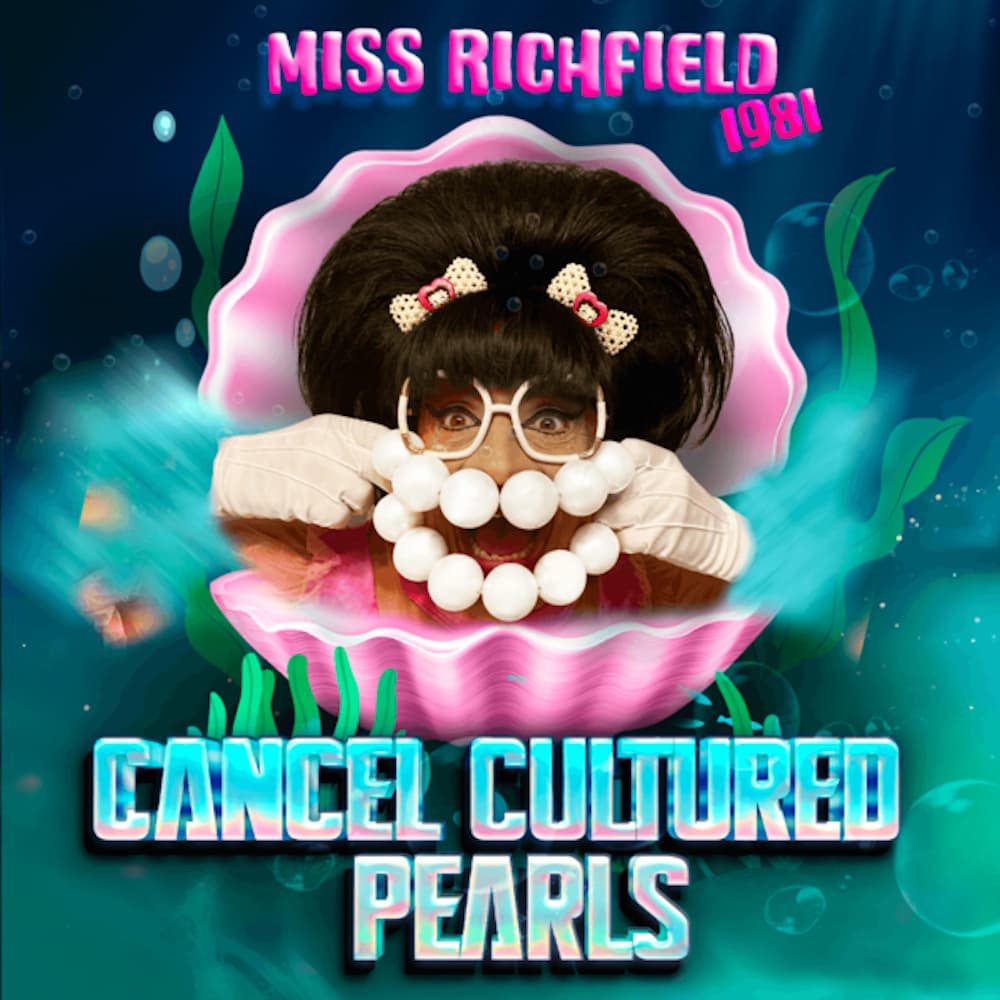 Miz Cracker is a New York City drag queenand a writer, foodie and comedienne. She launched her drag career in 2011 while participating in marches for marriage equality in Times Square. She went on to compete in RuPauls Drag Race Season Ten, landing a spot in the top five and becoming a fan favorite. She later appeared in RuPauls Drag Race All Stars Season Five, landing a spot in the top three. Today, she tours the world with her one woman shows; delights fans on her YouTube channel; lectures on drag at top universities; writes for publications like Slate, ArtForum, Vice and GQ; engages nearly 1.5 million followers across social media; and tells the stories of incredible women through her interview podcast, Shes a Woman. Cracker describes herself as a womans lifestyle brand, and is a vocal advocate for womens rights. 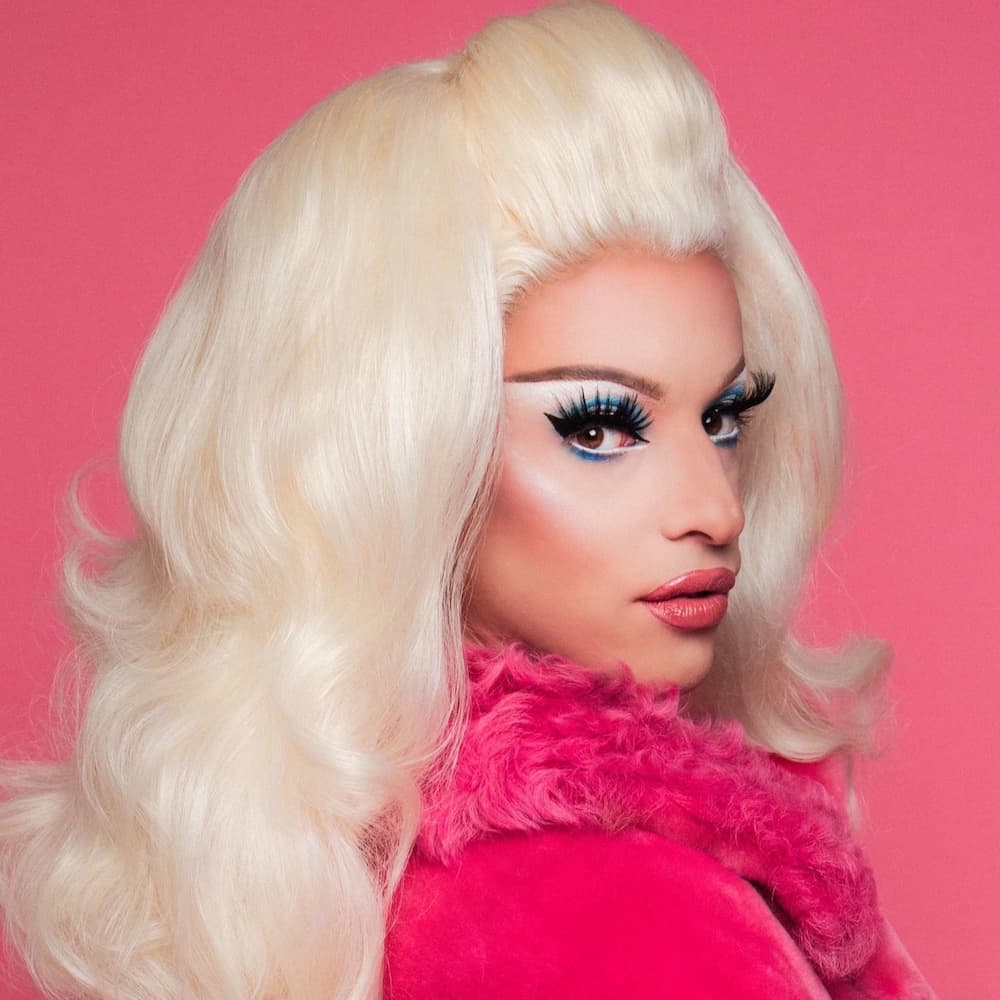 Get ready for Tucking Myself In! Showbiz Spitfire Paige Turner returns to P-Town with her all-new, all-LIVE-SUNG slumber party! NYC’s tawdry blonde bombshell invites you into her boudoir for an evening of mayhem and foolishness! Tucking Myself In! features ridiculous parodies and songs from Hairspray, Taylor Swift, Celine Dion and Carly Rae Jepson! So snuggle up, put on your PJ’s and get ready for this DRAG-tastic extravaganza. 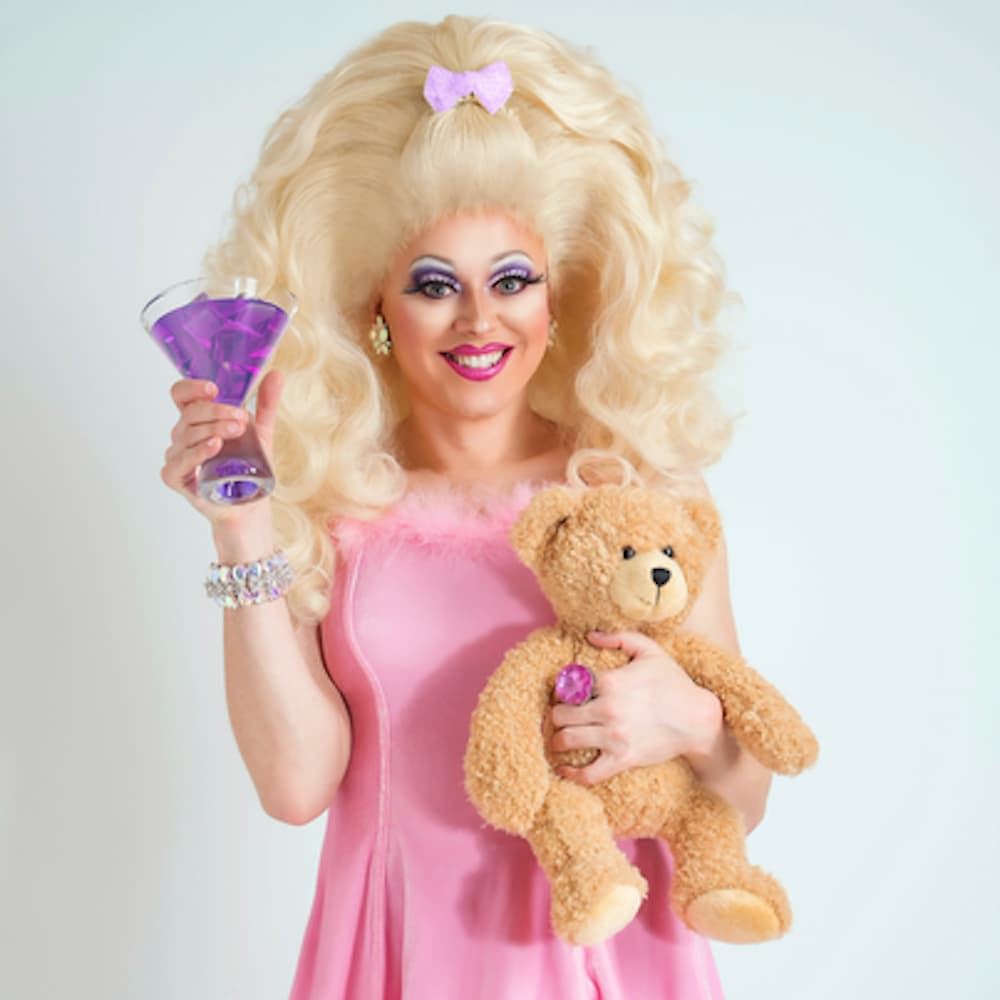 Randy Roberts: One of the Girls (Who's One of the Boys)
Post Office Cabaret

Randy makes a triumphant return to the Post Office, where it all began for him in 1999!

Randy Roberts: One Of The Girls! is an old school, classic drag show with a modern twist. Randy’s bringing his sharp wit, stunning costumes, and big voice back to the Post Office Cabaret after touring across the globe with his top-notch, critically acclaimed one-man/woman show. A cross between Ann-Margret, Liza Minnelli, and Don Rickels, Randy takes the audience on a trip from the showrooms of Vegas to the soundstage of Hollywood right on to the Great White Way of Broadway. On the way, he’ll drag out (pun intended) Joan Rivers, Cher, and that fiery red head him/herself Randy Roberts. Do not miss this legendary entertainer’s return to town in this live vocals, all sequin and minestone extravaganza that is “Randy Roberts: One Of The Girls!(who’s one of the boys!) 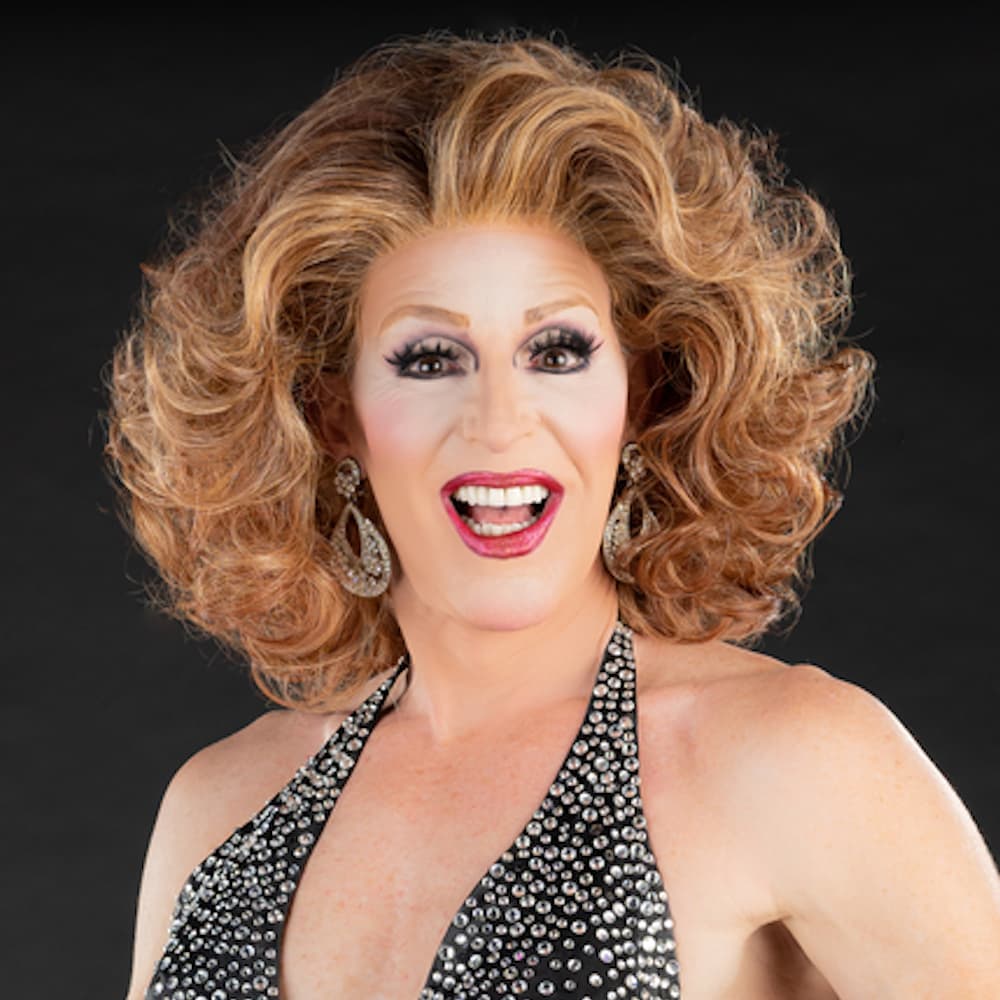 The RuPaul’s Drag Race Champion makes her Provincetown debut over Carnival Weekend. She will be performing the greatest hits of her illustrious career.

Sasha Velours rose-petal-filled lip-sync to Whitney Houstons So Emotional at the the finale of RuPauls Drag Race Season 9 (2017) became a cultural touchstone and was hailed as the performance of the year by the AV Club, introducing audiences across the globe to her signature style of lip-synch performance. It was also named one of TVs Best Musical Moments on Television by Entertainment Weekly.

Since that moment, she has headlined performances in clubs and theatres across the world, bewitching audiences on five continents. In 2019, Velour debuted her first one-queen show, Sasha Velours Smoke & Mirrors, to critical acclaim. Hailed as a spellbinding tour de force (Forbes), the show has pushed the boundaries of what drag can be, incorporating Velours signature innovative use of video projection. Over the course of a year, it was seen by over 35,000 people in 30 cities across three continents, featuring sold out performances in New York, LA, London, San Francisco, Chicago, Boston, Auckland, Toronto, Vancouver and more. The successful UK/EU tour of the show was cut short in March 2020 due to the pandemic, but returns to Europe in January 2022 with an expanded tour of the continent. 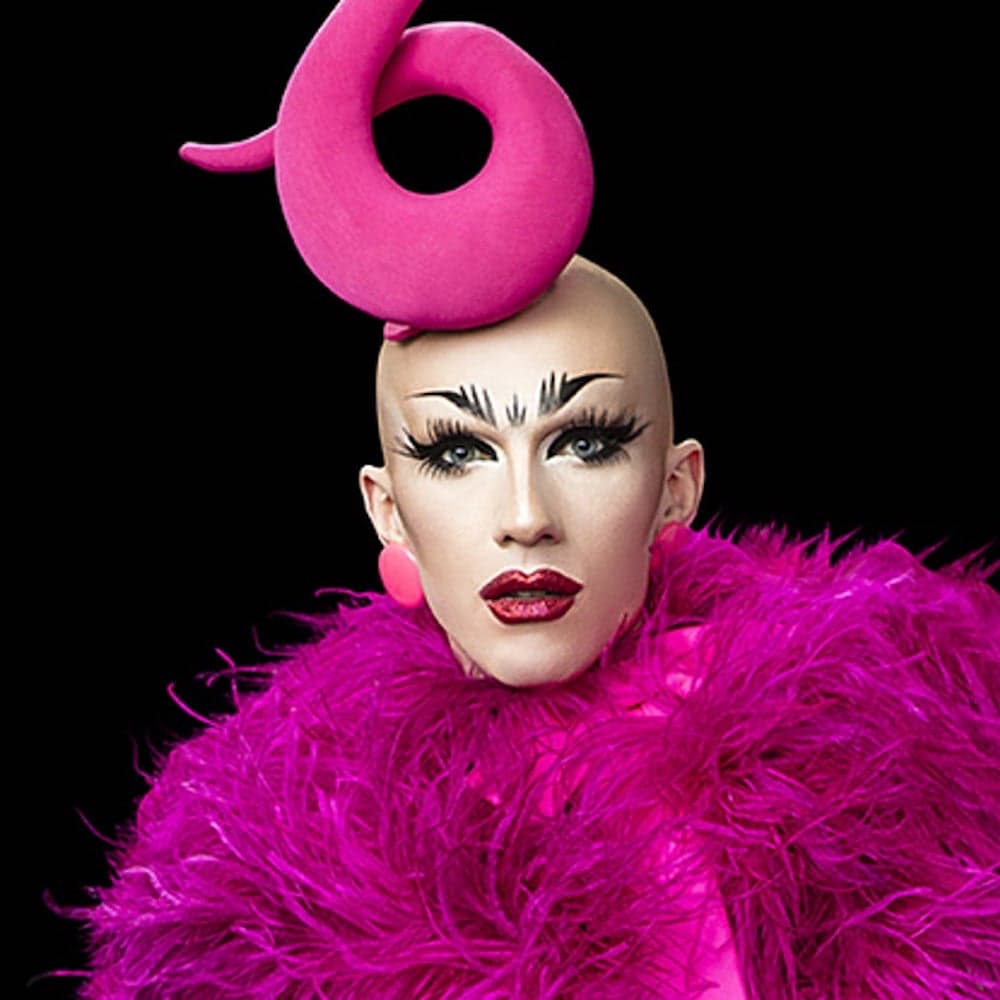 Ryan Landry’s SHOWGIRLS is back at The Crown & Anchor! Don’t miss the longest running show in Provincetown! Get your tickets TODAY! 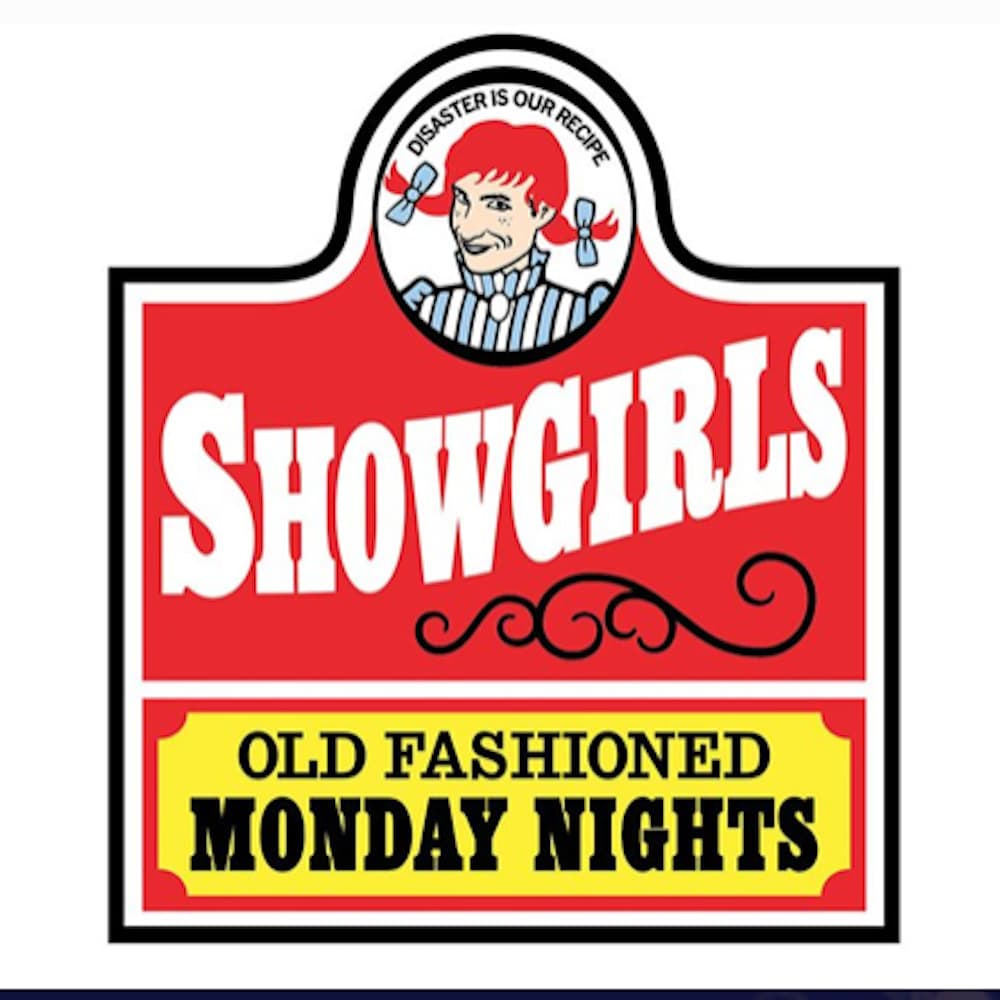 Back to Ptown for a July run, and then back for Spooky Bear it’s the indescribable RuPaul’s Drag Race Legend, Tammie Brown!

She is known on the show for her strange, quirky personality, and her classic, film star aesthetic. 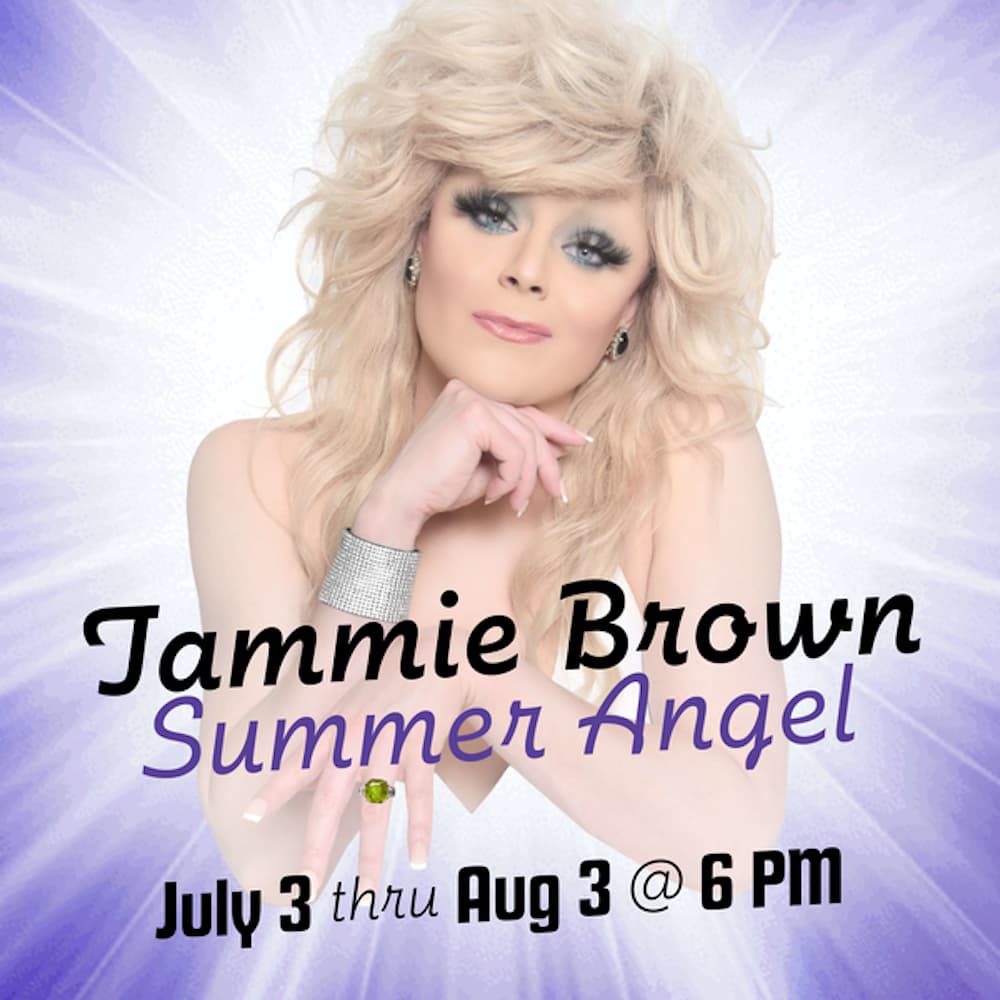 Thirsty takes you down memory lane… all the way back to 1975 in her brand new show based on the iconic Cher Show!

Join her LIVE every Tuesday night as she sings all the hit songs you remember while wearing the fabulous costumes Cher was famous for! 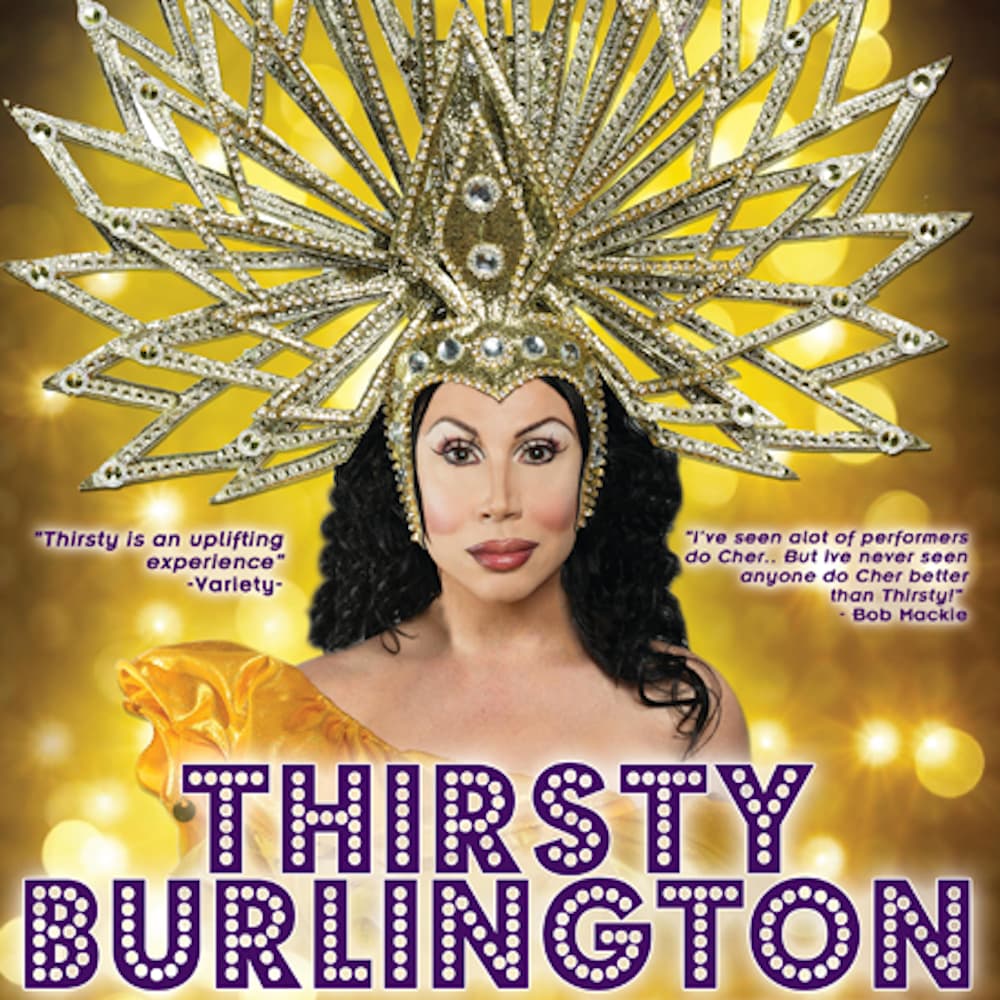 This hysterical, live-singing show features mash-ups of chart-topping pop songs paired with Tina’s signature, comedy mixes dealing with such topics as her relationships with dating, social media, fame, and RuPaul’s Drag Race, to name a few. Mix Queen is music directed by Blake Allen who also created the arrangements and orchestrations. 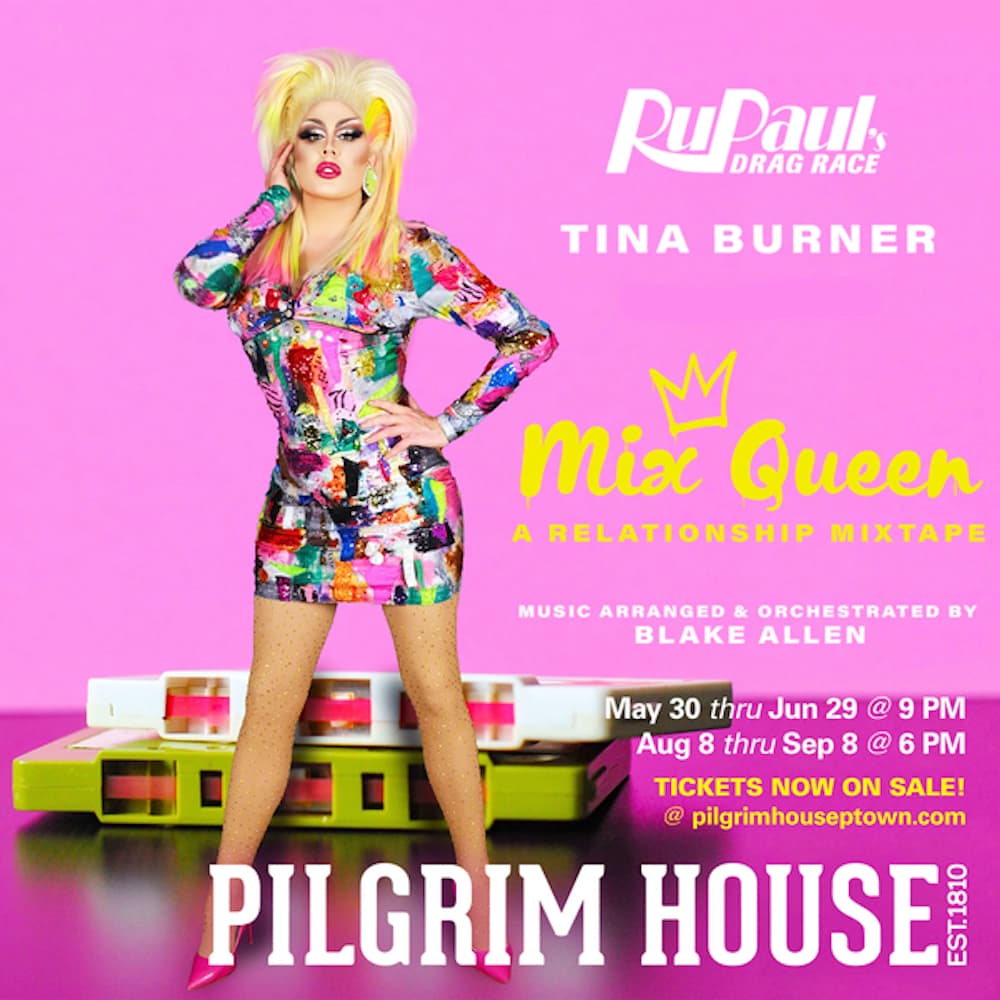 International drag chanteuse Varla Jean Merman is a woman on the verge of a nervous breakdown! After the craziest time in memory, the loosest gal in town is at loose ends.

What’s a distressed diva to do?

Tease her hair, steal someone’s Ativan, and get on with the show, of course!

Varla Jean Merman blows into Provincetown for her twenty-fifth anniversary with an all-new show filled with hilarious songs, dazzling costumes, and more thrills than a panic attack. 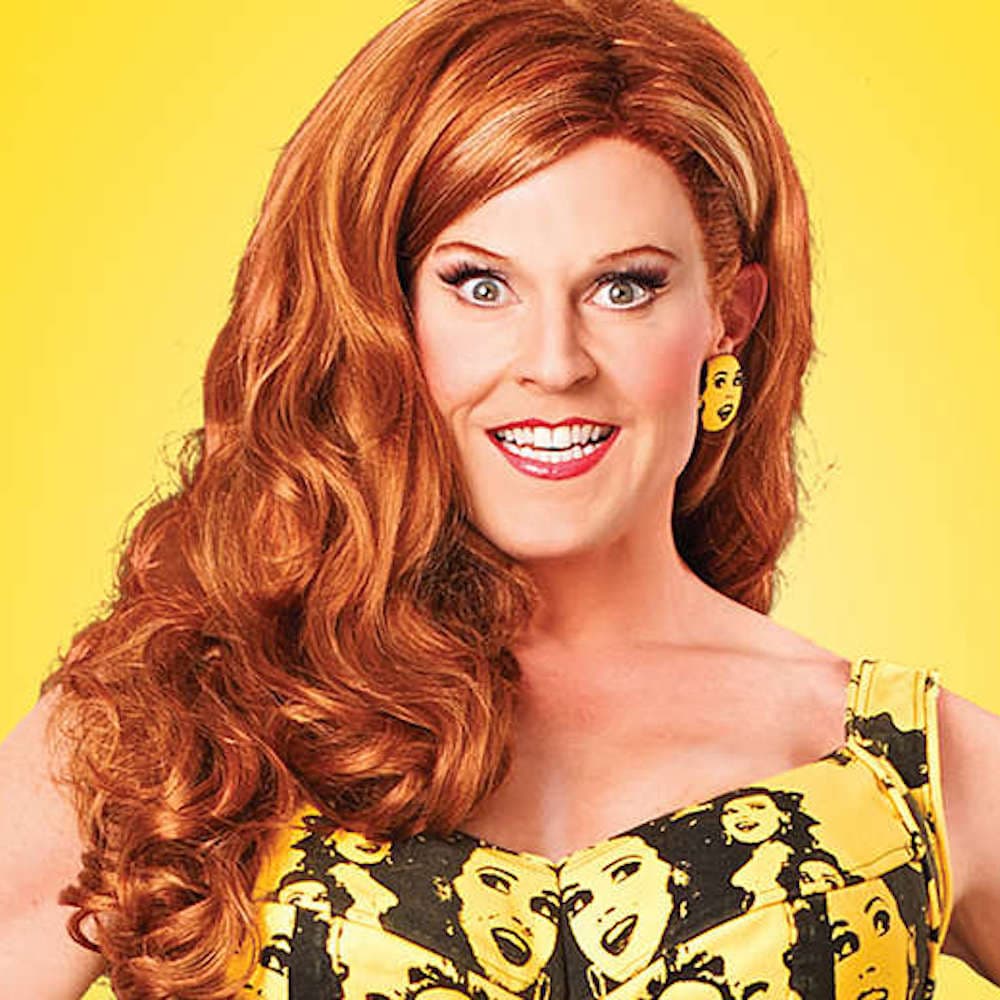 Presented by Jonathan Hawkins and The Crown & Anchor

International drag superstars Violet Chachki and Gottmik come to Ptown on their first joint tour with a stage show like no other!

With Chachki’s exciting gender-bending burlesque and riveting rock-inspired drag from the world’s most well known transmasculine drag performer Gottmik – this show is not to be missed! 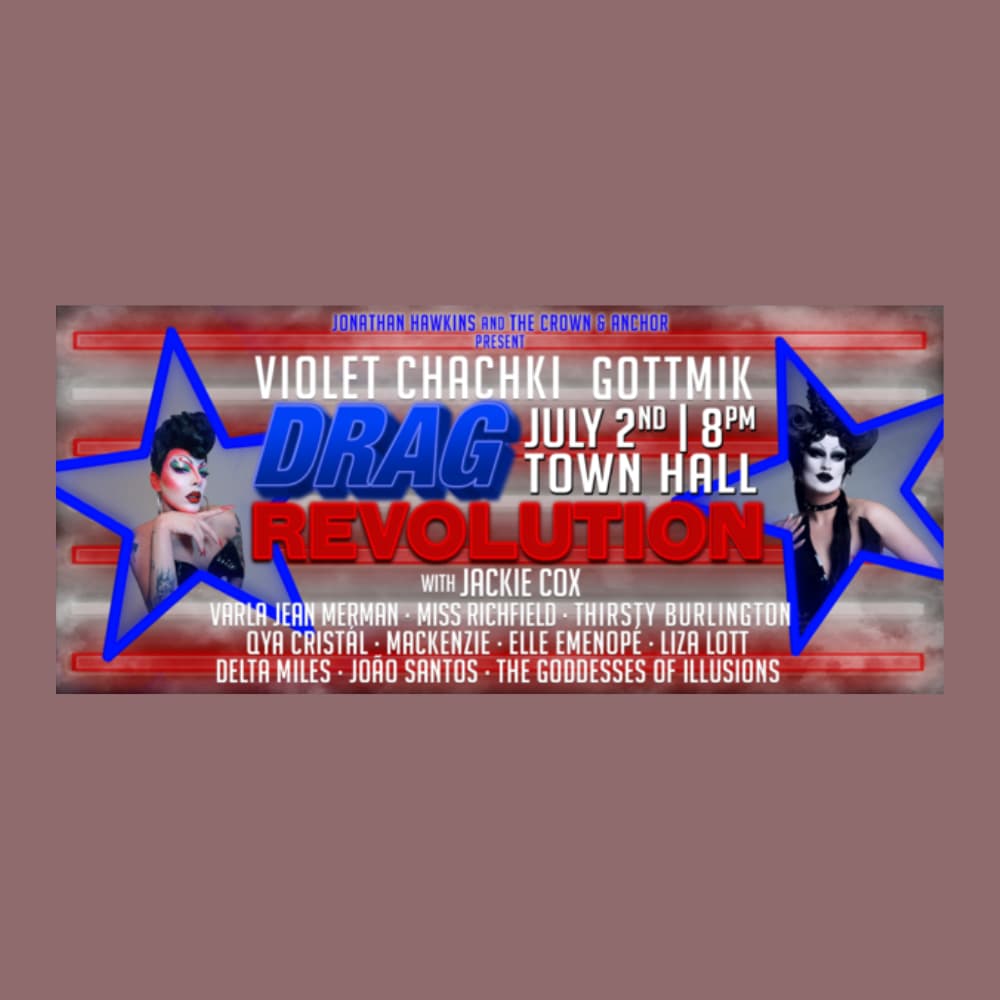