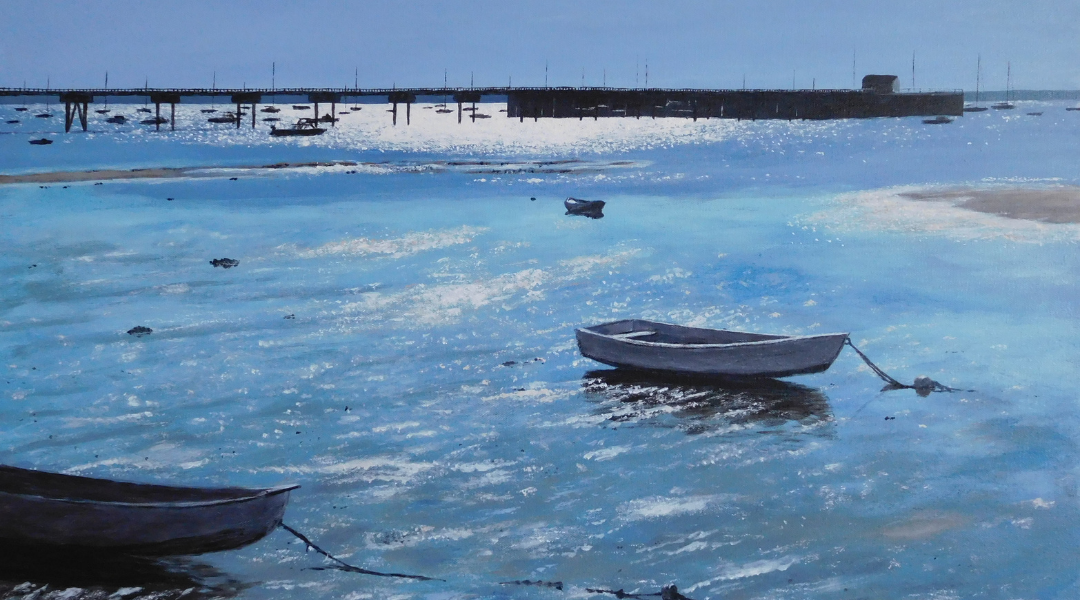 This week our local Author and ptownie Staff Writer Jeannette returns with a Winter edition of Art We Love & Why.

Art We Love & Why: Edward Walsh Creates Light at the Cortile Gallery

Everyone here talks about the light. Painter after painter has been drawn to Provincetown to try and capture the essence of reflections, of the interactions between water and sky, to express with paint the feeling of a place.

Small surprise, then, to hear him speak of the town in artistic terms. “I’m totally drawn to the natural beauty pf Provincetown,” he told me recently. “In particular, I love reflected light on the water—a blast of sunlight on a clear day, the filtered fading light of a beautiful sunset, or moonlight through the fog.”

Walsh’s art is special in another sense: it was born in Provincetown. He didn’t start painting until he moved here, and immediately knew it was what he was meant to do. He studied with several Provincetown artists and his art practice—mostly working with acrylics, occasionally with oils—took off from there. 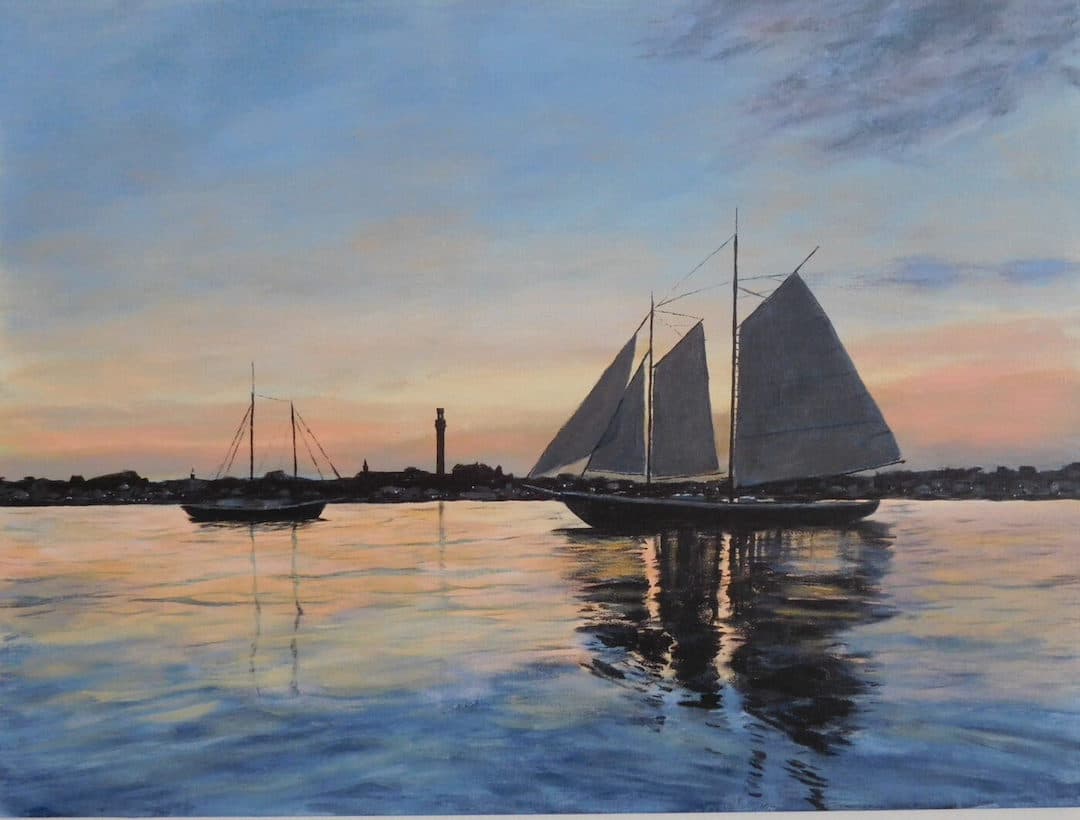 In Schooner Sunset, look for an interplay of late-day light—my very favorite angle of light, isn’t it yours, too?—on the surface of the harbor. One of Walsh’s goals here, he says, was “to capture the ever-so-subtle movements and reflections caused by the passing schooner.” 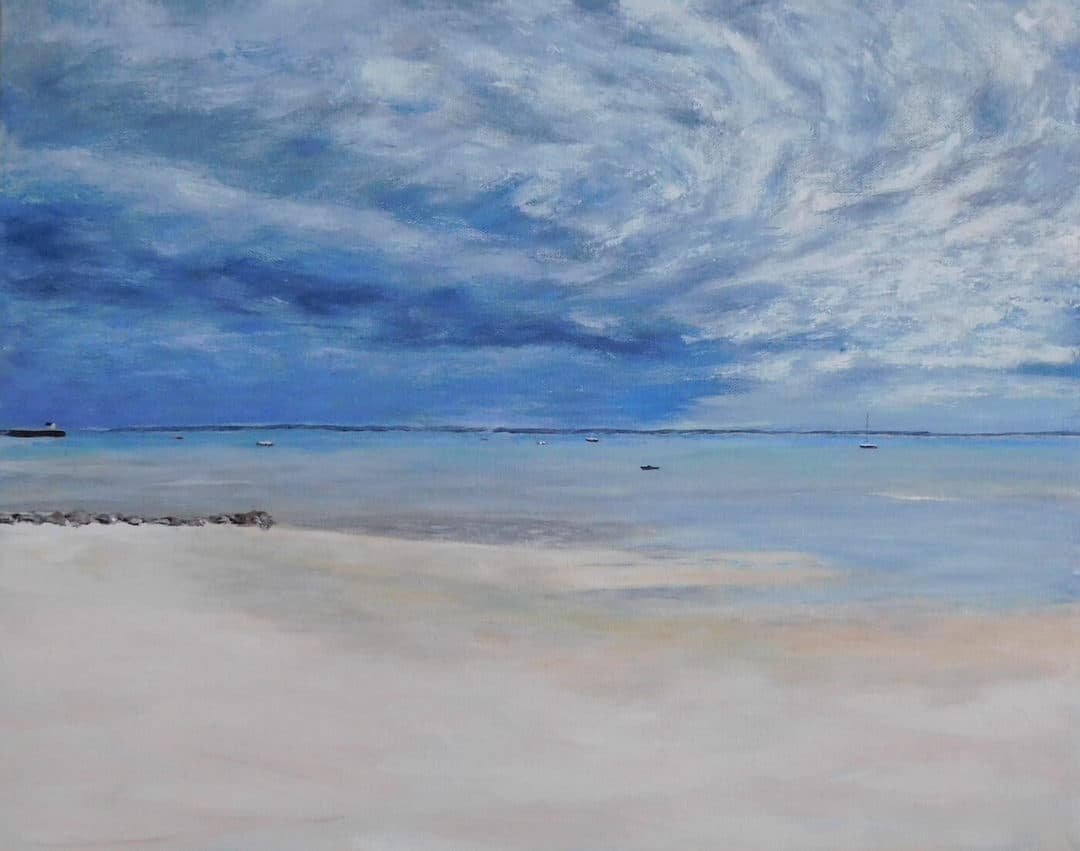 Cloud Dance shows a juxtaposition of wildly undulating clouds with the passive sea and sand. “I kept thinking that it was a dance,” says Walsh, “where one partner was shy and reserved, while the other was bold and barely in control.” 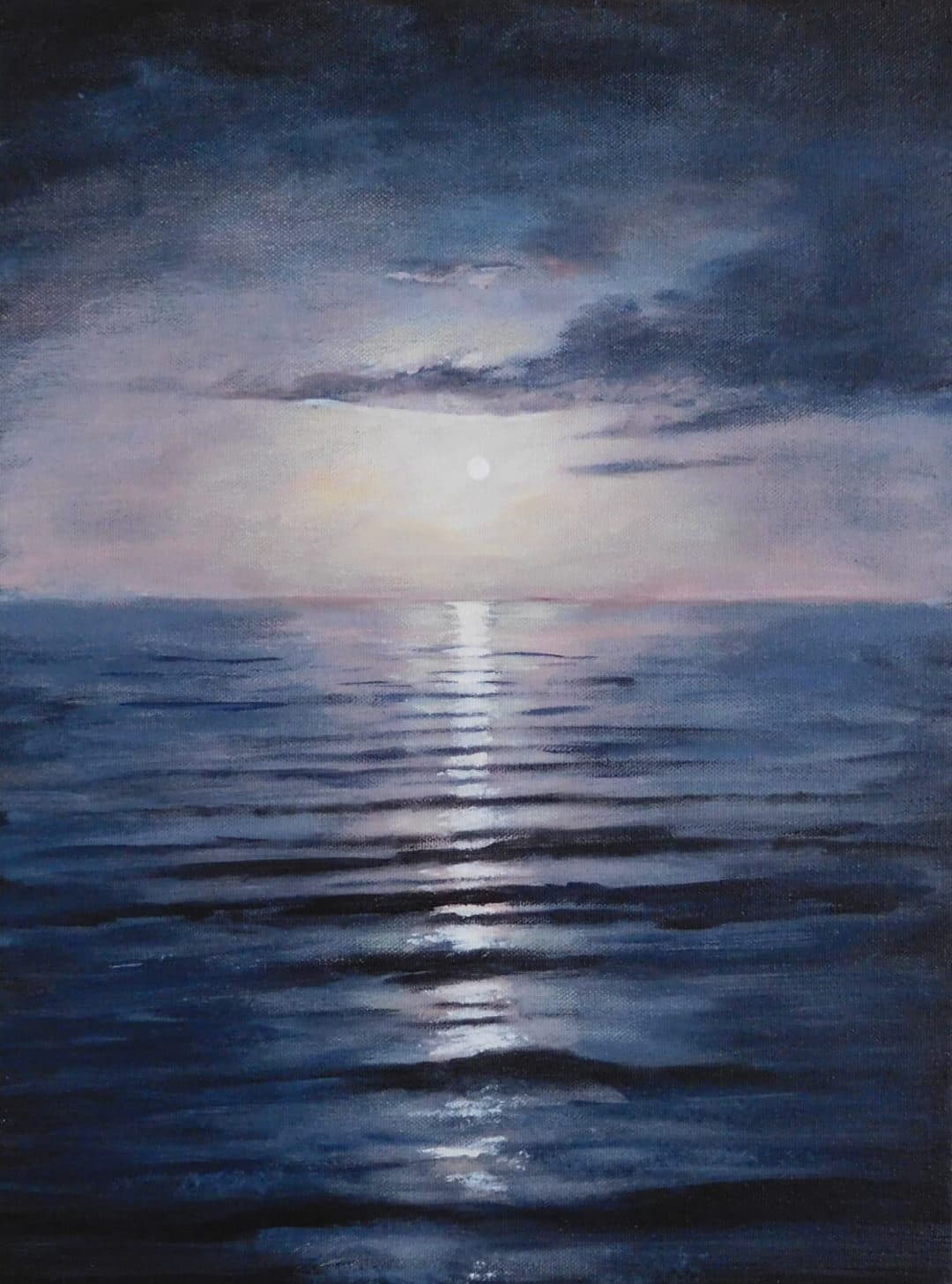 Who hasn’t looked over the harbor at night and not been mesmerized by seeing moonlight on the water? It never gets old, and it inspired Walsh to create Moonlit Spectrum. “Add to that,” he says, “the filtering effects of fog and the constant pulsing wave movements, and you have the inspiration for this painting. The challenge here was to have the light read at first  as moonlight and not sunlight but then to have the viewer question their own initial judgement and think that it just might be sunlight. Never quite sure!” 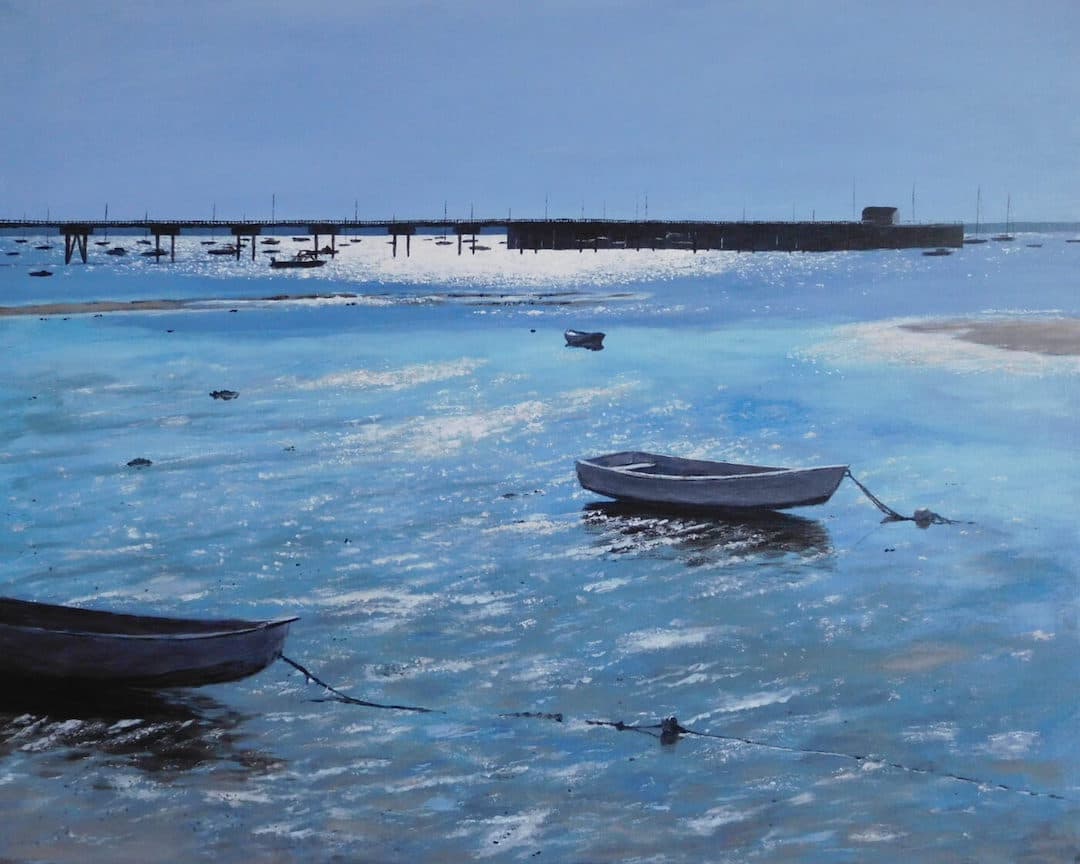 It’s not just moonlight that inspires Walsh. “For as long as I can remember,” he says, “I’ve been fascinated by the glistening reflection of sunlight on the water. How to capture something that appears to be sparkling?” It’s sparkling in his painting for sure. I also like how the title connects to the shallow water of the tidal flats we see here, with water and sand in the same place—a true portrait of Cape Cod in general and Ptown in particular.

There’s a lot of art you can stand back from and admire; and then there are a few artists who really ask something of you, who make you look at your immediate surroundings—and indeed the world—differently, seeing things there you didn’t see before.

Ed Walsh does that for me. It’s not just a matter of looking at a painting; it’s about having an experience with that painting, almost a relationship with it. Every one of his paintings is a world in itself, and even though they represent a world I already know intimately, they somehow give me more of that world. They invite me to see moonlight or sunset or water differently, to think about what I’m feeling when I’m in the environment. The result is that I end up carrying them with me long after I’ve stopped actually looking at the piece.

That, to me, is the best art in the world. And it’s certainly art we love!

Jeannette de Beauvoir is an award-winning author of both historical and mystery fiction, including a mystery series taking place in Provincetown.  She is also staff writer extraordinaire at ptownie.