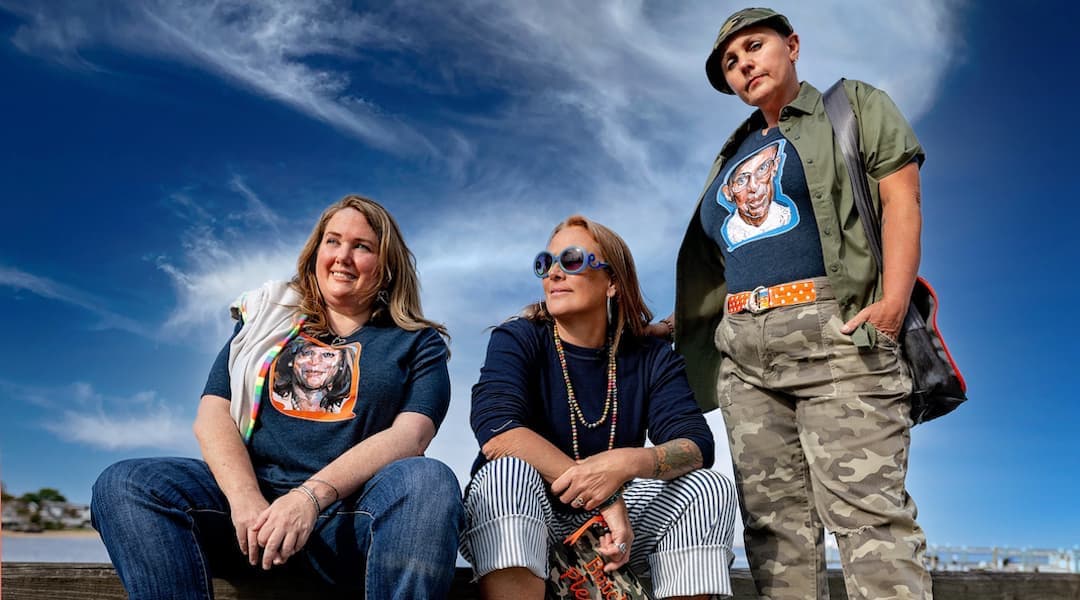 Need Your Own Style? Boichick Has It

“Style isn’t identity,” says Boichick owner Sheri Galyean, “but it’s an expression of it.” And browsing her shop at 244 Commercial Street, it’s easy to see why so many people are finding their style here. While the original intent of Boichick was to provide access to functional fashion for masculine-of-center women—“folks like me,” as Galyean puts it—it’s evolved into offering truly gender-neutral, androgynous clothing and accessories that appeal across a wide spectrum of gender identities.

This isn’t accidental: Galyean deliberately sources as many of her products as possible from transgender, non-binary, and women artists and companies. “There are so many queer creators and designers out there who don’t have a retail, brick-and-mortar storefront outlet,” she says. “So part of our mission is to give them that option.”

Galyean first had the idea for the store while visiting Provincetown in 2018. “I said, ‘let’s go shopping,’” she recalls. “But then I found there were no shops for people like me.” She noted that cis-women and cis-men had plenty of options, but there were no real androgynous alternatives. “So I opened in 2019,” she says, casually, as if her first venture into retail was really no big deal.

She was no stranger to design, though, having previously owned a design company in Boston, and throughout the year Galyean started going to industry shows, accompanied by her business and life partner, Kayleen Gray. And the effort has paid off in alliances with companies offering the styles—and sizes—Galyean wanted to feature.

“I tell people, whatever your size is, we probably have it,” she says. “If it’s available, we stock it.” Women’s sizes? Men’s sizes? She laughs. “This is about de-gendering fashion,” she explains. “We don’t think in those terms. We’re completely body-size-positive.”

They’re also playful. Boichick has its own brand of candles with original scent combinations, t-shirts with fun slogans (“Sounds gay. I’m in!”), and even baby onesies inscribed with messages like “gender TBD” and “genderless is more.” Galyean’s daughter creates enamel pins with various queer symbols displayed on a board that includes definitions of each.

Speaking of definitions, what exactly is Boichick? “A style pioneer who refuses the social constructs of appearance, behavior, or identity.” Galyean liked the casual, intimate familiarity of the Yiddish word—and wanted to take back the offensiveness of chick. “It’s for mocs, bois, afabs, amabs, all women, lesbians, tomboys, non-binary peeps, queers, folks, fluids, and any gender-expansive human who wants to come in!”

What she enjoys most are the interactions with customers, however they identify. “It’s about creating a relationship,” she says. “This is a community.”

That community is also Provincetown itself. When they’re not at Boichick, both women are avid advanced-amateur pool players and play at both the regional and—in Gray’s case—national levels. “One of the worst things about this past year was not being able to hang out and play at The Underground!” Galyean confesses.

Boichick is suffused with energy and optimism, a sure antidote to the pandemic year. Galyean and Gray clearly both love what they’re doing and plan to keep offering unique and special fashion options to Provincetown—and beyond, through the website. “It’s about creating a safe space for everyone in a retail environment,” says Galyean.