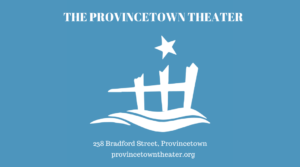 The Cape Cod premiere of the late Robert Chesley’s sensuous love story Jerker. Following two gay men in 1980s San Francisco, Jerker charts the development of their romantic relationship via the oft-ridiculed use of phone sex. Upon its 1987 off-Broadway debut, the New York Times keenly observed: “Jerker accurately bills itself as ‘a pornographic elegy with redeeming social value’ and its gamy language and simulated autoeroticism are definitely not for squeamish tastes. But they serve a poignant purpose by pointing out, more bluntly than any other play dealing with Acquired Immune Deficiency Syndrome, how the epidemic has threatened one of the fundamental reasons for an entire group’s very existence – its freedom of erotic expression – and challenged its hard-won self-esteem.”