At Home with Constantine Manos and Michael Prodanou 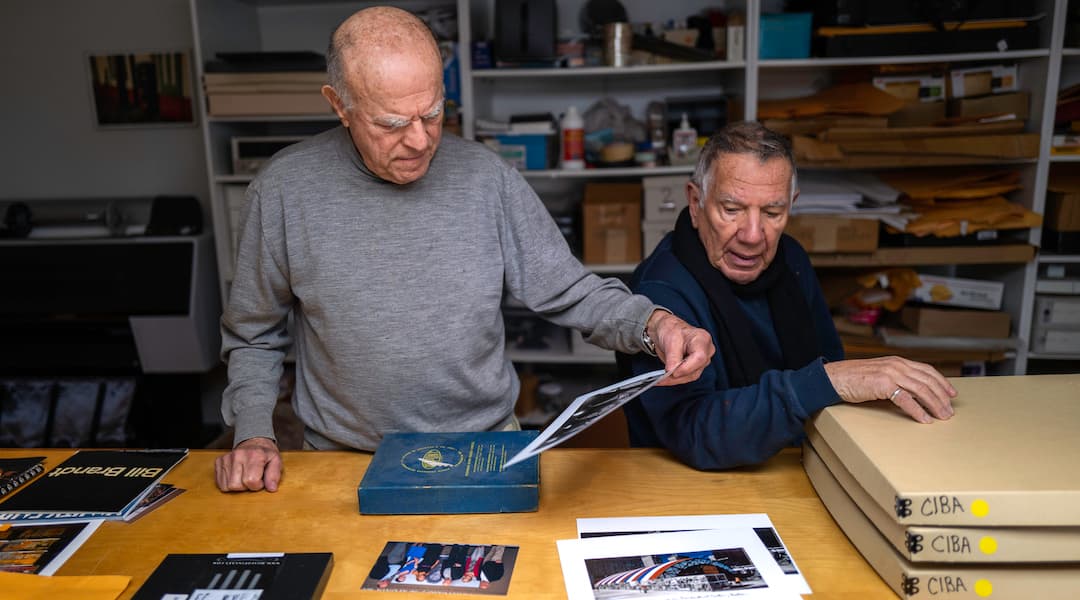 They share similar parentage—one is Greek-American, the other Greek-Canadian—and artist Michael Prodanou and photographer Constantine (“Costa”) Manos are proud of their heritage; both have lived in Greece and now spend time there as often as possible.

It’s not the only thing the two have in common; they’re also married, and have made their primary home since 1980 in Provincetown. 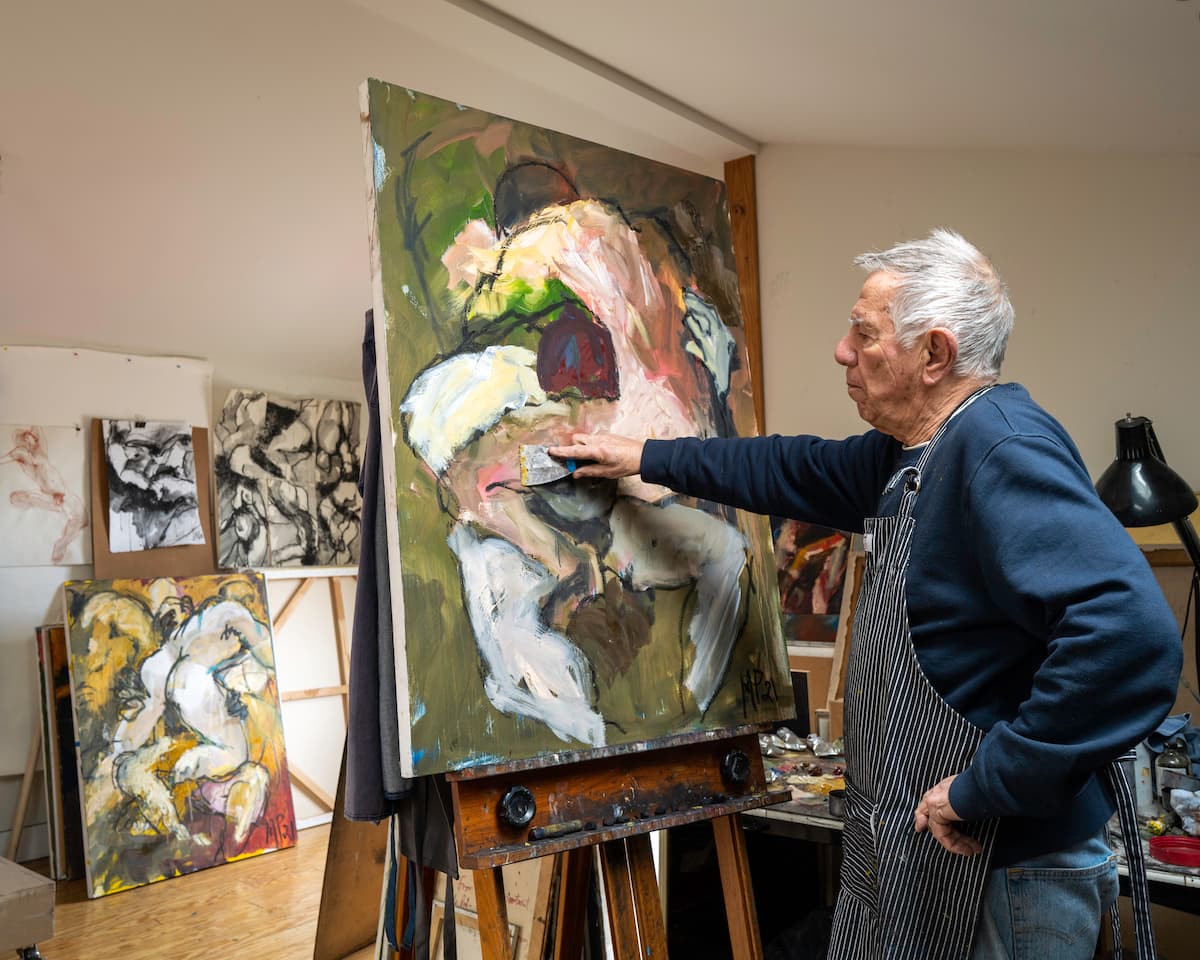 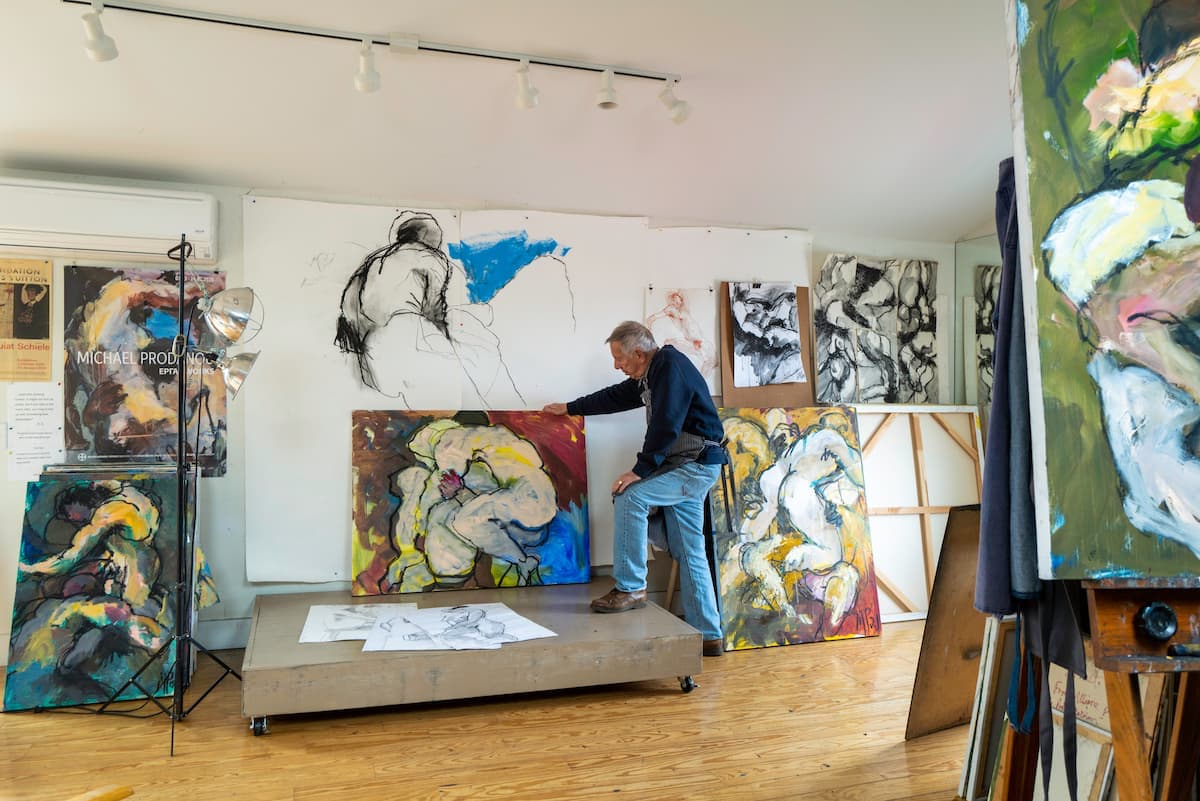 Prodanou’s work is abstract, but, importantly, its abstractions begin as figures. Until 2000 he was an architect who had worked with the Architects Collaborative with Walter Gropius in a decidedly different form than figurative art!

When I started drawing figures, the technical issues became less important and I dealt with composition, movement, and emotion, issues not usually related to architecture. I also decided I wasn’t just drawing the figure in front of me, but more importantly, I was drawing what the figure was doing.

I want my paintings to show passion, figures with other figures, strengths and weaknesses, all part of the human condition. 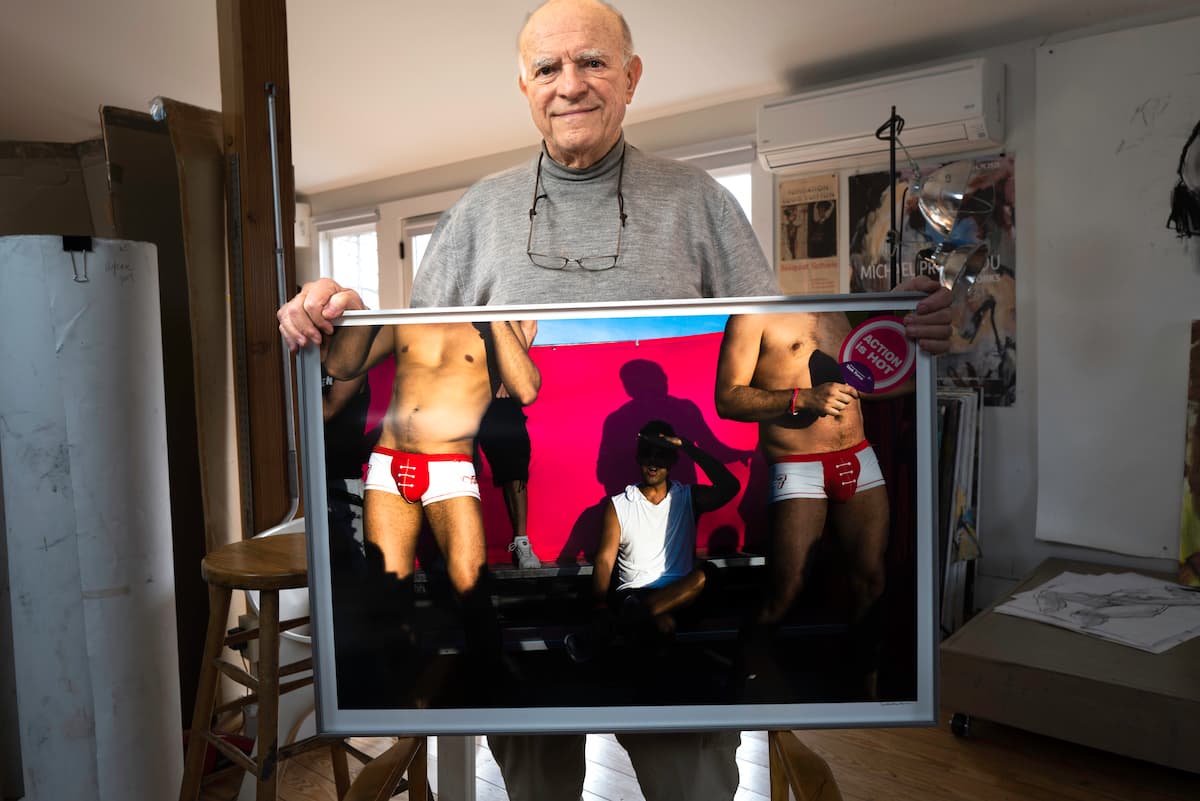 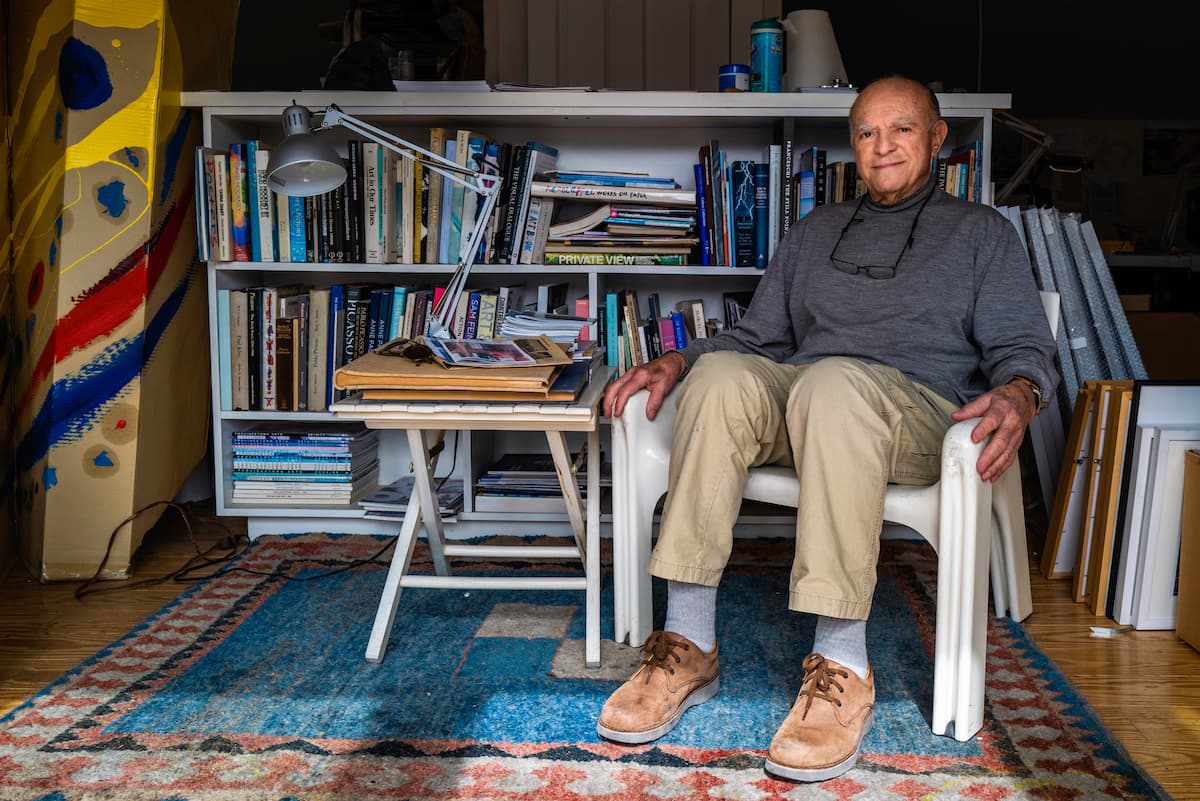 Manos’ photography does similar things: he isn’t interested in photographs that don’t include people; he constantly searches out life as lived by humans, and doesn’t do landscapes. “Shooting people is more beautiful,” he once told a class, “because it is more difficult.”

Part of the famous Magnum agency considered the crème de la crème of photographers, Manos famously doesn’t photograph people observing him as he observes them—no one is looking at the camera.

The flow of people in a setting, their changing relationships to each other and their environment, and their constantly changing expressions and movements – all combine to create dynamic situations that provide the photographer with limitless choices of when to push the button. 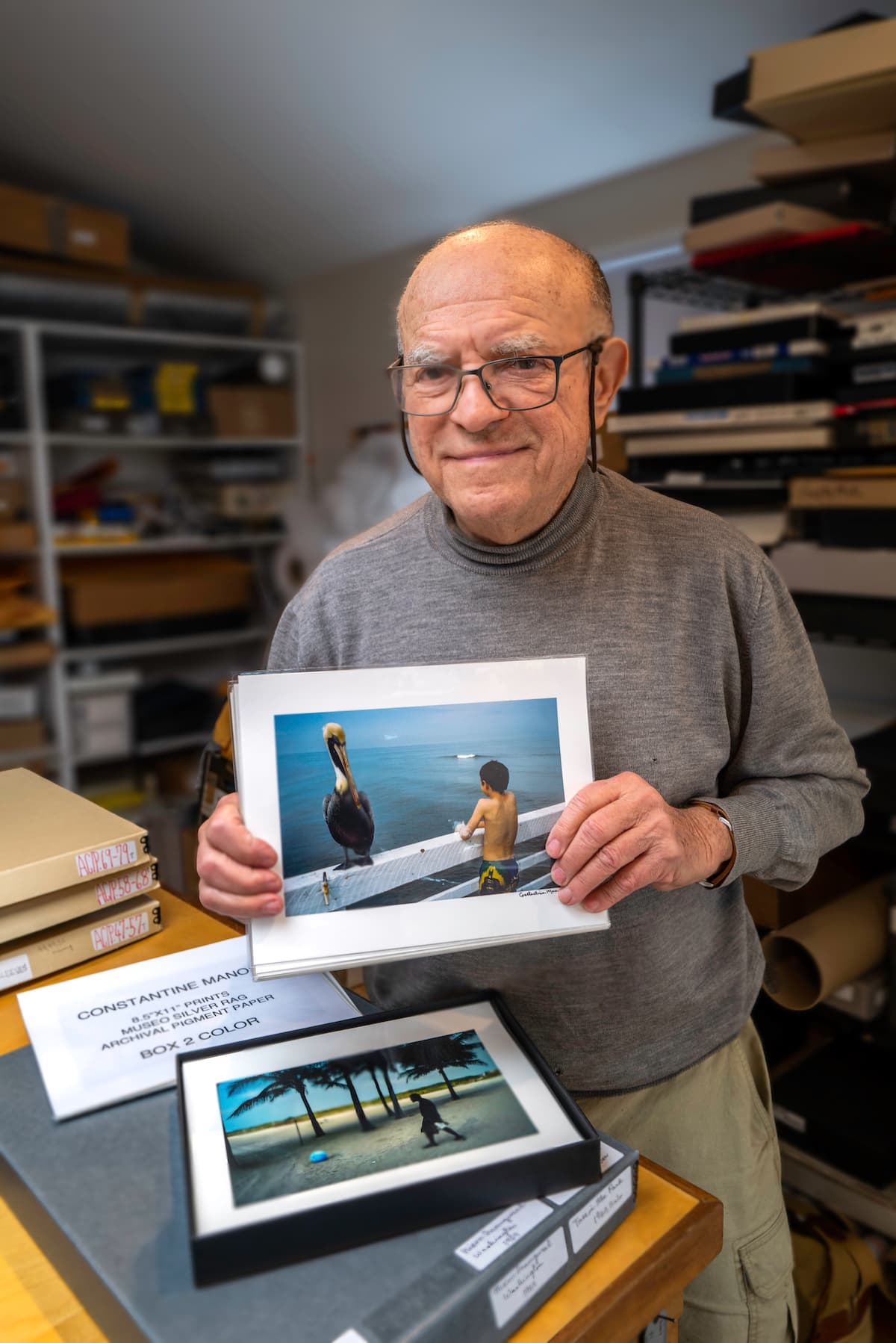 In this, perhaps, the two artists have common ground. Both are drawn to ambiguity—Prodanu through his abstractions, Manos through his refusal to caption or explain photographs—and both invite the viewer to enter a world not their own.

A reflection of their shared heritage? Shared experiences? Whatever the secrets, Ptown is the richer for the work being done here via paint and print. 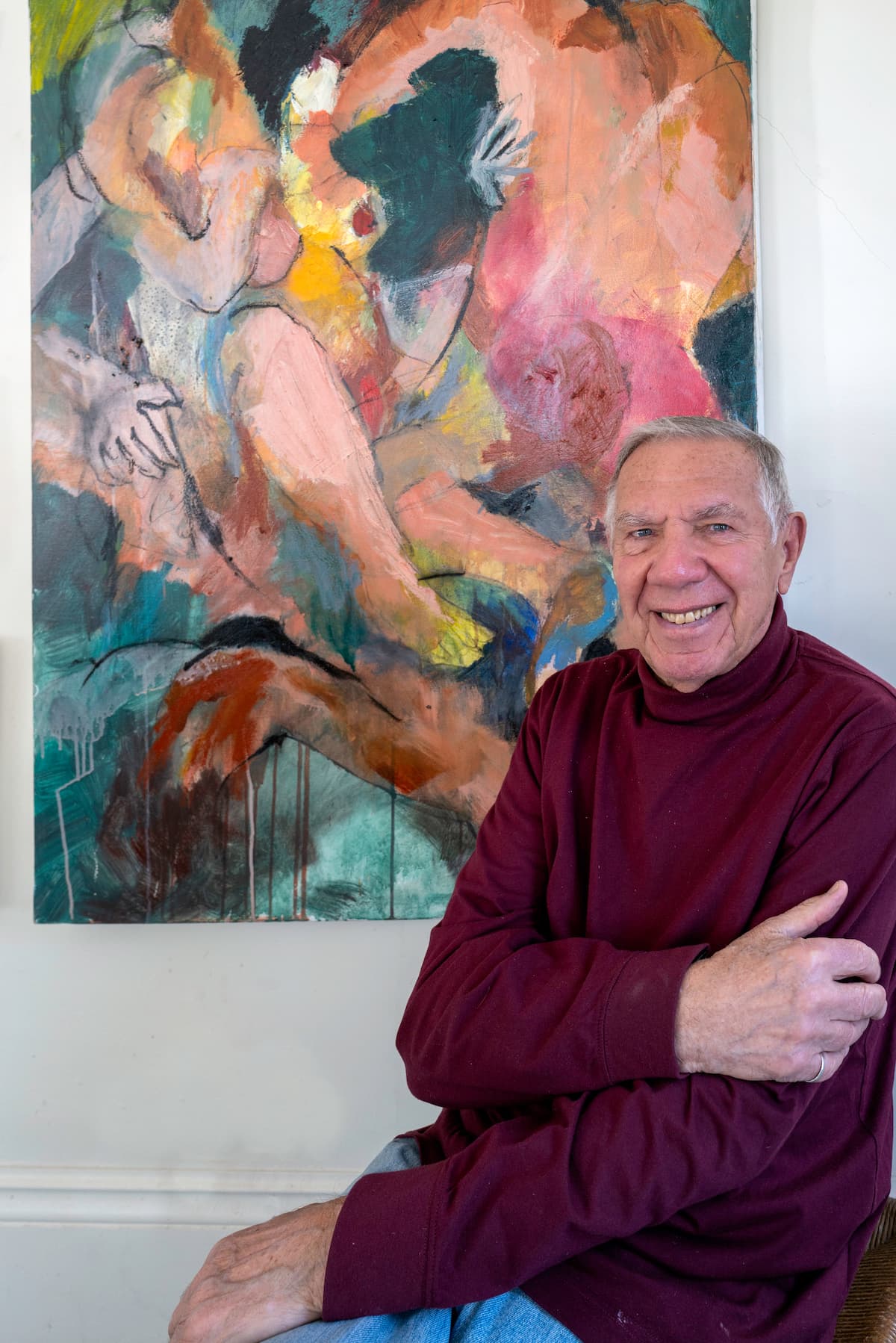