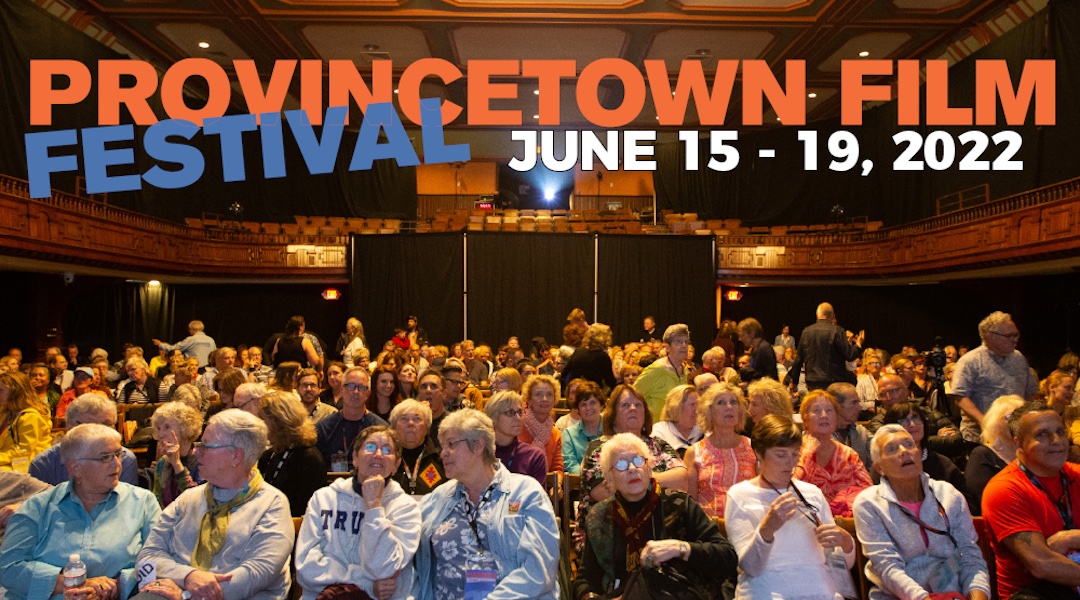 Although these days crowds begin arriving in Ptown en masse as early as May, the shoulder season of Ptown used to be markedly sleepier. Twenty-four years ago, as a way of giving the early season town a jolt of life, attracting new tourists, and enlivening the arts scene, a group of local business owners and filmmakers joined forces to create the Provincetown International Film Festival, or PIFF, bringing cutting-edge cinema to the Outer Cape.

Since its inception, PIFF has grown rapidly to become a beacon for independent cinema and a highly respected festival. Works by well-known filmmakers like John Waters, Ang Lee, Quentin Tarantino, Jim Jarmusch, Sofia Coppola, Gus Van Sant, Mary Harron, and Darren Aronofsky have graced the screens of Provincetown. But perhaps more impressive is the festival’s ongoing dedication to supporting emerging artists. From documentaries to shorts and avant-garde cinema, the festival maintains a strong commitment to celebrating first-time filmmakers, LGBTQ filmmakers, women filmmakers, and filmmakers from under-represented communities. The programming team works diligently year-round to screen and select from hundreds of submissions. The best and brightest films are then selected.

2020 naturally saw a pause in the programming, and 2021 proved to be a difficult year to host a safe festival. But necessity is the mother of invention. Outdoor screenings were held at Herring Cove Beach and on the town pier, while other films were available online. And for those who could not attend in person, invigorating conversations were held virtually, like the one between John Waters and Richard Linklater at the Mary Heaton Vorse House.

This year, the festival will offer even more ways to enjoy film. Artistic director Lisa Viola is excited to see the return to a traditional festival format while incorporating some new tricks learned last year. “This year’s festival expects to be a robust, in-person festival with a return to our premier venue, Town Hall, as well as Waters Edge Cinema. And we’ll be hosting outdoor community screenings on the pier!”

The Provincetown International Film Festival draws artists from all over the world but remains a truly community-oriented event. Spaces for screenings are donated by local restaurants, inns, and nonprofits. Local restaurants host the festival parties while countless volunteers help make PIFF a success. As Viola says, “We wouldn’t be here if it were not for the community support and the pride Provincetown takes in welcoming visitors from around the world.”

In addition to screenings, in 1999 the festival began awarding the coveted Filmmaker on the Edge award, which honors a filmmaker who pushes the boundaries of the medium. The inaugural winner was John Waters, who has remained an active part of the festival. Other past winners include Sophia Coppola, Richard Linklater, and Quentin Tarantino. Who will the winner be this year? You’ll have to attend the festival to find out.

This year the Provincetown Film Festival will run from June 15-19, 2022. Tickets are available online at provincetownfilm.org. Make sure to get your tickets early, as they may sell out!