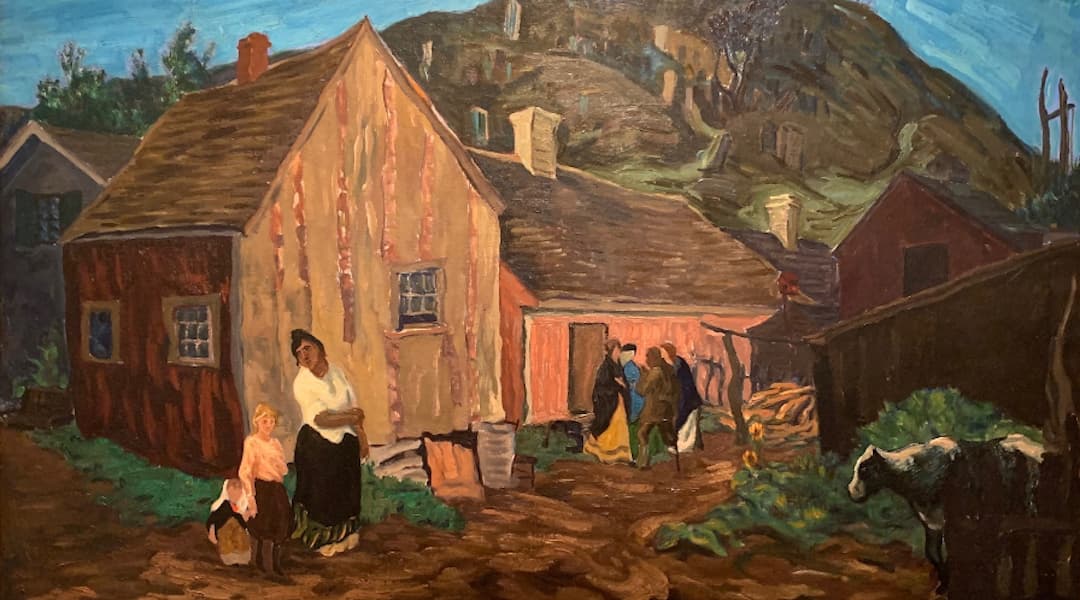 There’s a new gallery in town whose DNA is pure Provincetown. Its owner, Todd Perry, has been collecting the work of Provincetown artists for 35 years, following in the footsteps of his father and mother, both artists and collectors. Three years ago, he bought the Hammock Shop at the end of the Johnson Street parking lot with an eye to creating a gallery to show work from his collection as well as by artists working in Provincetown today.

Perry is a builder by day, but his nights and weekends are devoted to art—his own and his collection. His collecting is now mostly an online exercise, but in the old days it involved making the rounds of estate sales, storage units, and flea markets. As a painter himself and a member of the storied Beachcombers Club, his deep knowledge of the field can lead to surprises and scores—like recognizing a model who regularly sat for Provincetown artists in an unattributed painting or finding Provincetown paintings in far-flung locations where they’re largely unknown.

Walking into Hammock Gallery is a little like entering Aladdin’s cave—if the cave were a vintage fishing shack on Cape Cod Bay. The treasure here is mostly oil on canvas and sometimes sculpture. To see the work of Ross Moffat or Fritz Pfeiffer against the time-worn beams of the shack, as the waves lap at the shore beneath you, is a thoroughly soul-satisfying experience. But it’s not just about the past. Perry has sought out the work of artists around town, and his plans for this summer include a show of female artists both past and present. 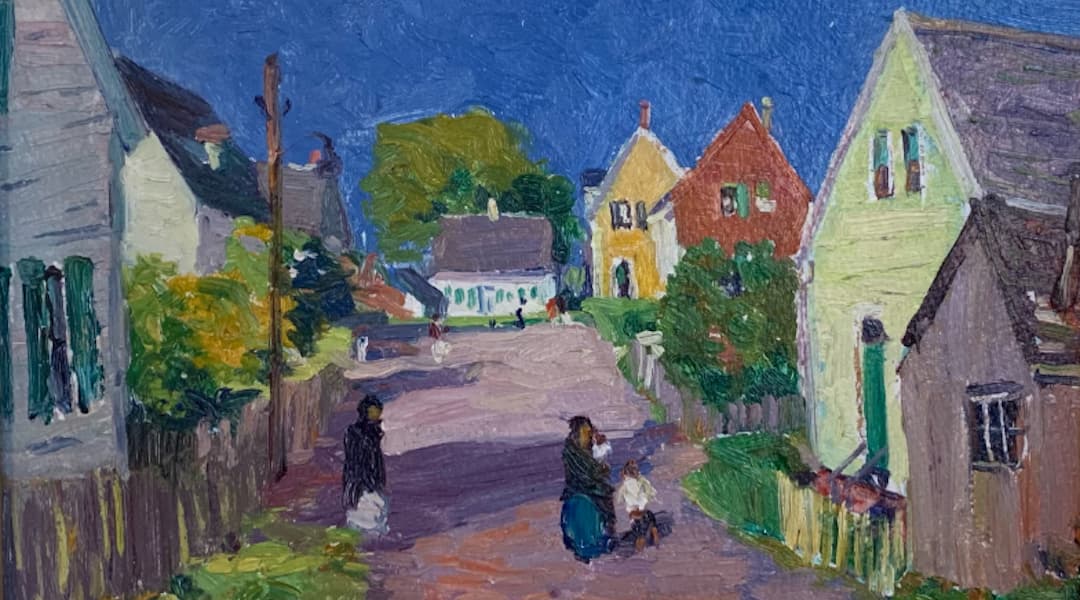 But be forewarned, Hammock Gallery is hidden in plain sight. If you’re strolling down Commercial Street and look out to the harbor over the Johnson Street parking lot, you’ll see a bright orange fishing shed on the beach. At first glance you might notice the vintage signage that once promoted the Hammock Shop—but not the subtle updating that indicates it’s now Hammock Gallery.

Once you’re there you’ll find Perry or his nephew or his daughter, all artists, who will give you insights into art and leave you wanting to add a work from the Provincetown School to your collection.

There’s more where that came from! Ptownie has more to share about our special town at land’s end. See what’s new for 2021 in Provincetown!