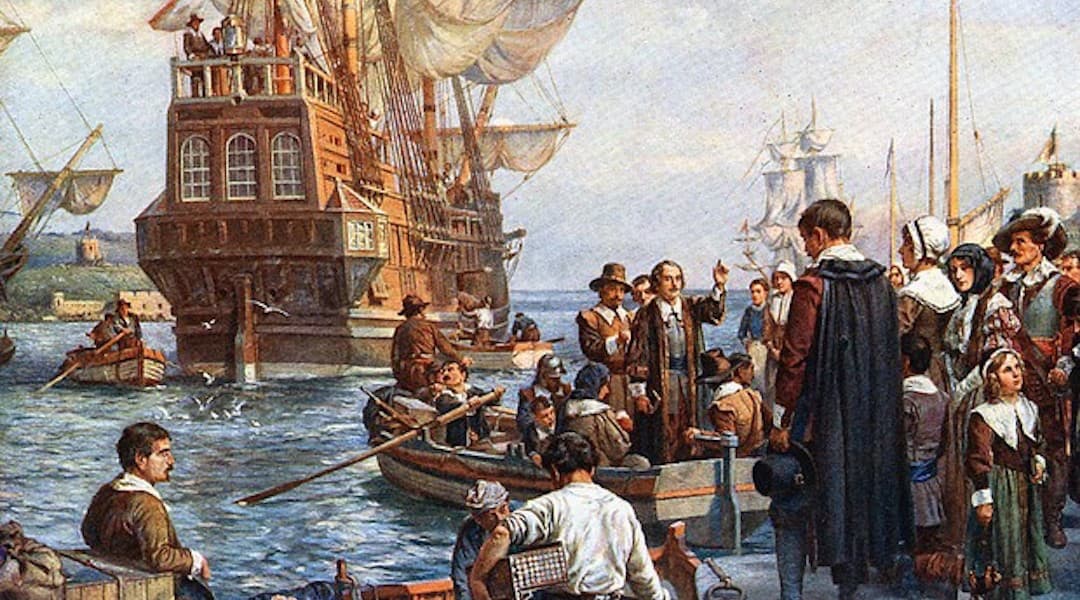 Join us at the Provincetown Public Library on May 14th at 6pm for a book club discussion of Nathanial Philbrick’s Mayflower.

Excerpted from the book:

The Mayflower was a typical vessel of her day: square-rigged and beak bowed, with high, castlelike superstructures fore and aft that protected her cargo and crew in the worst weather, but made beating against the wind a painfully inefficient endeavor. (…)

Wine ships such as the Mayflower were known as “sweet ships” since the inevitable spillage of the acidic wine helped to temper the stench of the bilge. (…)

It was in Southampton that they met the so-called Strangers—passengers recruited by the Adventurers to take the places of those who had chosen to remain in Holland. (…)

The Pilgrims appear to have been the unknowing victims of a far more complex and sinister plot. Several decades later, Bardford’s stepson Nathaniel Morton received information from Mahattan that indicated that the Dutch had worked to prevent the Pilgrims from settling in the Hudson River region “by creating delays, while they were still in England.” (…)

The passengers, cooped up aboard ship for all this time, were in no shape for an extended passage. Jones was within his rights to declare that it was too late to depart on a voyage across the Atlantic. But on September 6, 1620, the Mayflower set out from Plymouth with what Bradford called “a prosperous wind.”