A New Look for Curaleaf 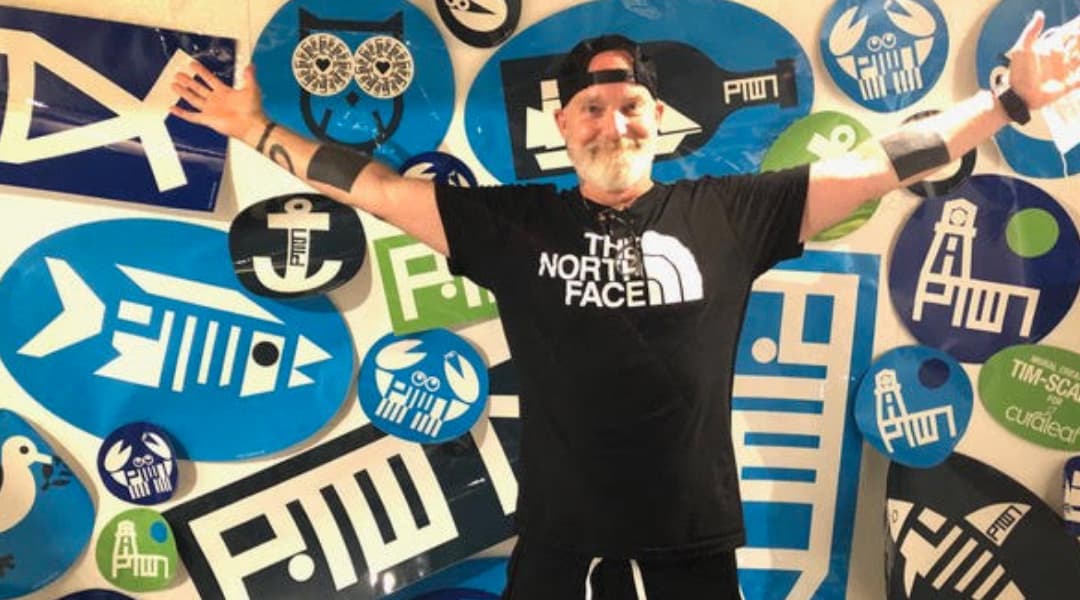 In the relatively short ten years that Tim Convery has lived in Provincetown, his Tim-Scapes have become “the” iconic representations of our town at land’s end. The pictogram-type designs began back in the 1980s as duct-tape decorations on wrapping paper; Convery put gift recipients’ names on their packages, using tape to distort words and create logos out of them. These “tapescapes” are now on shirts, totes, towels, bumper stickers, and more, and the shop, says its owner, is his love letter to Provincetown.

Just up the street from Tim-Scapes, Provincetown’s first adult-use cannabis dispensary, Curaleaf, took notice of the bold designs. The staff had wondered what could be done to freshen the entranceway/waiting area at the dispensary, and the bright Ptown-centric artwork seemed a perfect match. So perfect, in fact, that once Convery finished the outside mural, Curaleaf brought him inside to do more and he made special t-shirts for the associates with a “tapescape” Curaleaf logo.

“The first day I saw the new space and the ramp, it was clear this unusual wall needed art,” says Curaleaf’s Sarah-Marie Cole. “A blank wall in Ptown, no way! At the very dispensary so committed to the creative power of cannabis. We knew we had to work with a local creator to capture the spirit of the community”.

And so the collaboration was born. “I’ve never done anything on that scale,” admits Convery. “It was so cool to have the opportunity to supersize my familiar characters. Usually they’re three inches tall, and now they were up to thirty-six instead!” He realized his usual tapescapes wouldn’t work on the outside ramp area—“tape won’t hold up outside for a year”—so he landed on the concept of stickers. Giant stickers. “It’s like suburban graffiti. People tag stuff with stickers, so why not?”

Customers will recognize Convery’s familiar characters, but he’s added some new ones just for the dispensary: “an owl with excited Ptown eyes, a seagull carrying a (cura)leaf, a clam—I’ve been wanting to do a clam for years!” 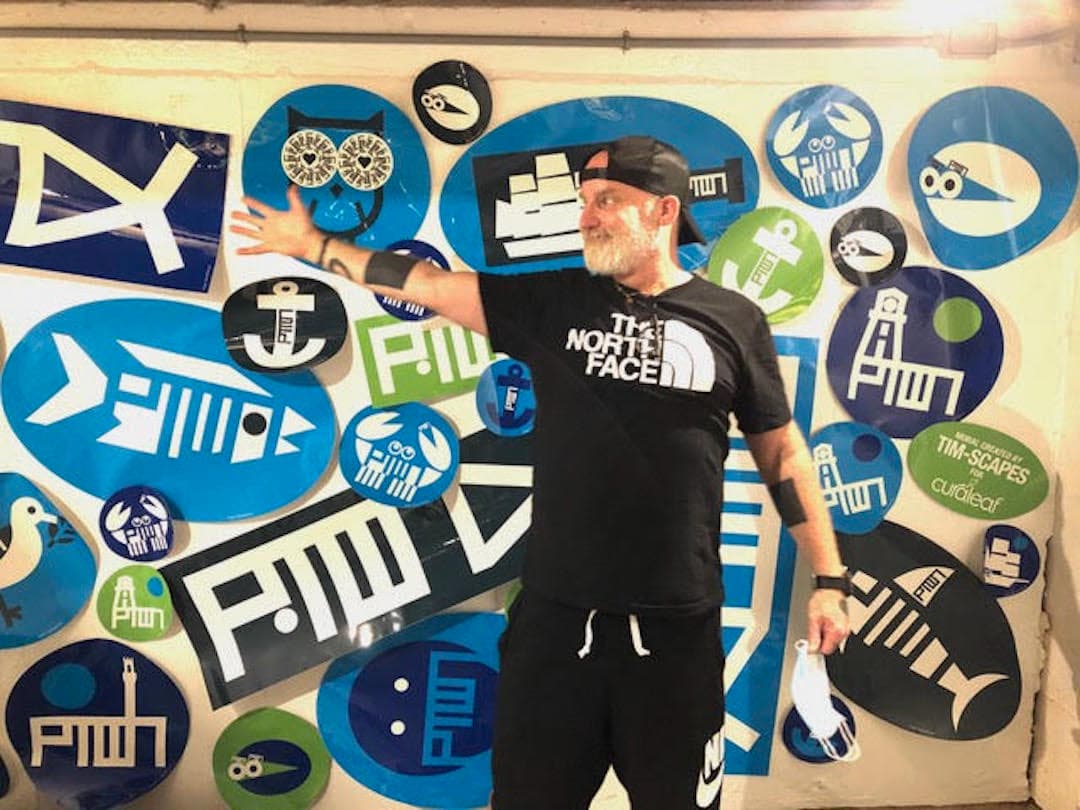 This collaboration between the dispensary and the town’s artistic energy (other local artists’ work will be featured on an annual basis) is consistent with Curaleaf’s clear commitment to the local community it serves. “It’s not just the quality of the product that’s important to us, “ says Curaleaf national program manager Kate Steinberg, “it’s also the quality of relationships.”

That commitment to people is visible all over Ptown. When you frequent the thrift shop at the Methodist church, what you may not realize is that some of the volunteers cleaning and sanitizing donations, helping customers, and moving new items in are in fact Curaleaf associates, there helping out every week.

As this year in particular made more people food-insecure, Curaleaf rose to the challenge, donating $5,000 to the Provincetown Soup Kitchen. Once a month, associates leave the dispensary to clear trash strewn on Commercial Street and on the town and Seashore beaches. In conjunction with a Curaleaf national program, the dispensary is raising money throughout the month of October for the Massachusetts Breast Cancer Coalition featuring pink “Prerolls With Purpose” to raise the funds.

Being a good local citizen is an essential hallmark of the Curaleaf brand, and the new collaboration with local artists displays that commitment for all to see. It’s a commitment that Tim-Scapes shares, as part of its ethos is raising money for local nonprofits like the Center for Coastal Studies, CASAS, and the AIDS Support Group.

As for Convery, he’s having a great time. “We had to do the installation at night,” he says. “Being there at one o’clock in the morning, I felt like I was back in my twenties—I never thought I’d work at night again! I call it Tim-Scapes After Dark.”

For their part, the designs themselves are anything but dark. Why not visit Curaleaf today and see for yourself?