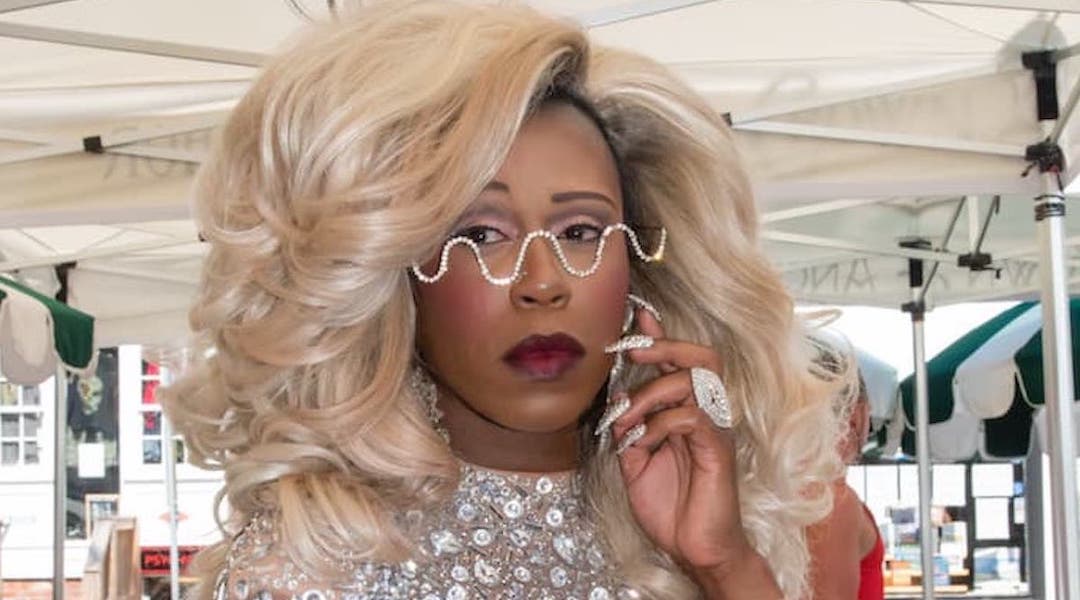 In a town that thrives on weekly tourism, Tuesday tends to be a quiet night. Many restaurants take a much-deserved break from the usual pandemonium and give their staff a rest. For most townies, Tuesday is a night off. But you would never know that if you walked past The Club around 9 pm. A standing-room-only crowd spills out onto the deck, the sound of an incredible talent echoing into the night. Tuesdays are dedicated to Qya Cristal, 29, singing cabaret-style with the Bert Weisman Trio.

Without tickets or reservations, the atmosphere inside is casual. The performance, is anything but. Qya is a vocal powerhouse, as adept at classical jazz renditions as her cover of a Whitney Houston power ballad, effortlessly gliding through songs downtempo and sultry, raucous, and vibrant. Dressed in gowns ranging from elegant to extravagant, Qya is completely at home on the stage.

Which makes sense, since the stage has been Qya’s home since age three. After hearing her sing “I’m Every Woman,” her parents got in touch with their hometown church choir in Cape Girardeau, Missouri. The director took immediate notice, elevating the three-year-old talent to the adult choir. Parroting the lyrics from the adults before she could even read, Qya learned to sing in the church and has never stopped.

After an adolescence singing in the church choir, when it came time to go to college, Qya heard about the Berklee School of Music, widely considered to be the best music school in the world. The audition went very well, enough to gain early acceptance. With the confidence of an 18-year-old, Qya left Missouri and moved to Boston, with no friends or family on the east coast.

While attending Berklee and learning about music, Qya found Machine, a gay club in Boston, the only 18+ club. Machine offered a different kind of education. It was in the dark basement that Qya saw her first go-go dancers, gay culture, and drag shows.

“There were people there living so unapologetically. What struck me most was the level of confidence. Not only that, they were making me jealous. I wanted to be on stage. I was jealous that I wasn’t having that fun on stage.” 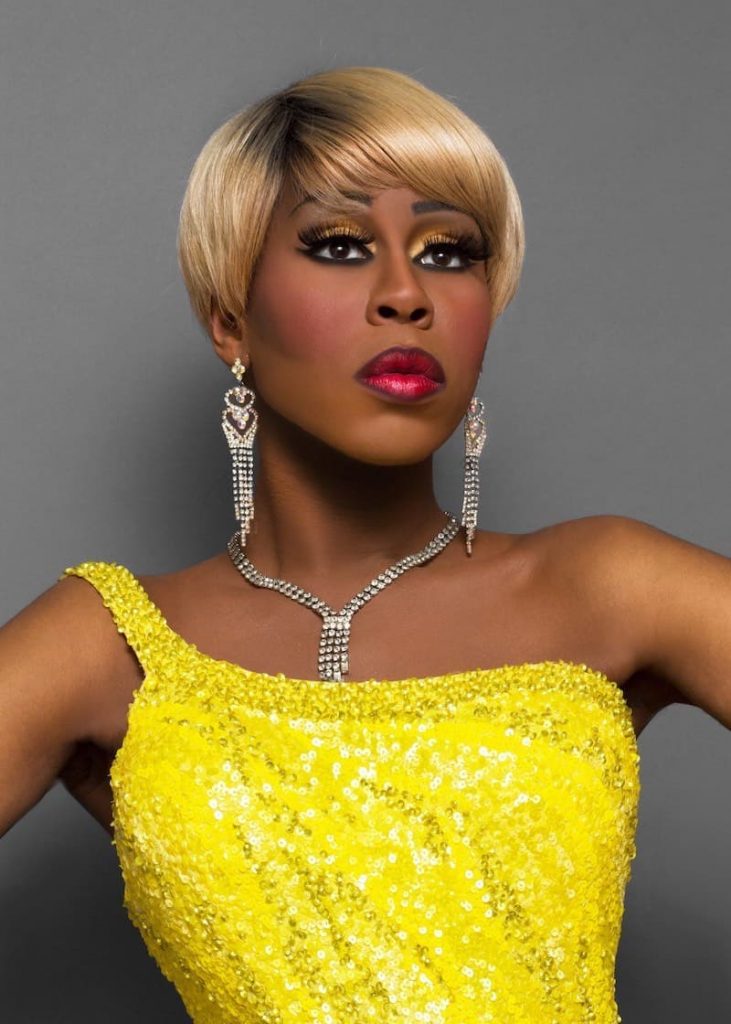 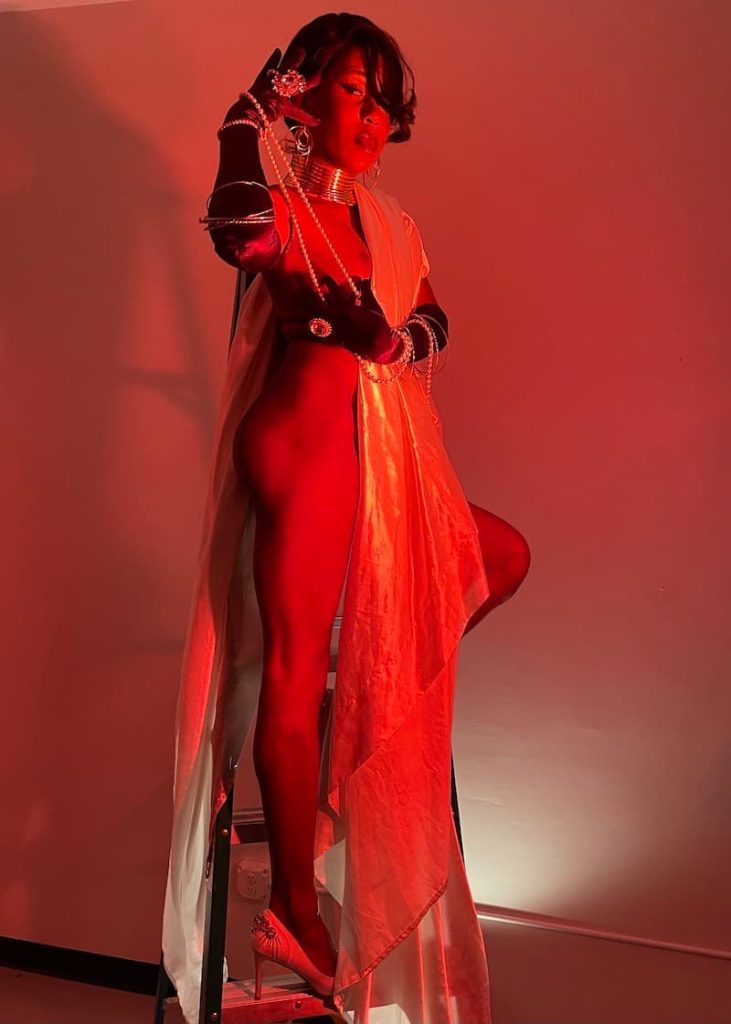 The urge to be on stage was one that Qya couldn’t resist. She began asking around, emailing, and inquiring what she had to do to start performing. Without any experience getting into drag people were skeptical. That is until they heard her sing. Once you hear Qya sing, any doubts you may have been harboring about her talent evaporate. As her drag improved, her confidence in nightclubs growing alongside her repertoire of songs, Qya Cristal was born.

Above all else, Qya Cristal is a musician. Eventually, Liza Lott—who was hosting Machine Friday—introduced her to Ryan Landry and the Gold Dust Orphans. A few weeks later she auditioned for a Gold Dust Orphans show and was cast as Butch the Huntsman in Snow White and the Seven Bottoms. That summer, the show came to Provincetown. Discovering Provincetown, Qya found a town full of performances and artists that promoted and supported one another.

Although Provincetown was supportive and full of opportunities to perform, finding a place to live and a way to make a living were less forthcoming. “It’s become a perfect storm. You need housing to find a job, and you need a job to find housing. That’s a paradox, how the hell am I going to make that happen?”

To make it work, Qya stays busy. Eight-hour shifts seven days a week at the House of La Rue fill the daytime hours. Nights are dedicated to performance. Thursday through Sunday are dedicated to shows at the Pilgrim House and the Crown and Anchor. Monday night is Showgirls, where she often competes for a cash prize. Tuesday nights are for both Live From Provincetown at the Crown and Anchor and her headline show at The Club. Wednesdays are intended to be a free night—unless something comes up, and it often does.

So what keeps Qya coming back for more? Why put up with the relentless barrage of work?

“There’s a reward that I feel when I am able to do what it is I love to do and work with people who have as open a mind as I do. There’s a magic that comes with that. The audience doesn’t see what happens behind the scenes. All they see is what’s presented on stage. They don’t see the chaos backstage, they don’t see the fact that I just ran from an eight-hour shift after work, sweating and throwing on a wig. They see the zipped-up poised version of my art. The chaos backstage fuels me. It’s really thrilling. I think that’s what keeps me here. It keeps me on my toes.”

Audiences would never know about the trials and drama that come before the curtain. Qya is the real deal. To look at her is to see a poised performer radiating confidence. To hear her sing is to confirm that suspicion, and know you are in the presence of a true talent.

2020 brought massive changes to the performance dynamics of Provincetown. In a traditional year, every night can have upwards of a dozen different shows to choose from, hundreds in a week. The pandemic provoked most venues to close or pivot to outdoor performances. As artist after artist canceled their tours, for the first time in a long time, there was a vacuum of talent. In that brief window, local artists began taking the stage.

She agrees. “2020 was the start of a sort of renaissance in Provincetown. The Drag Race girls and celebrities were not here. We as a community said ‘This is our chance to show that the people who live here and work here are talented!’”

Promoters and owners were surprised and thrilled to find audiences enraptured by these performers. The untested talent of last year has begun to blossom, with townies now developing their own shows. The reservoir of local talent has only begun to be tapped, with Qya as a perfect example of something hiding in plain sight. Qya has gone from an idealistic music student, begging to get on stage at the Machine to an influential and prolific performer in Provincetown, a true queen, and artist.

Cognizant of the people who have given her opportunities, she has become an influential promoter of other performers. A fierce advocate of townie talent, she is adamant when she says: “Support your local artists. There is a lot of talent here.”