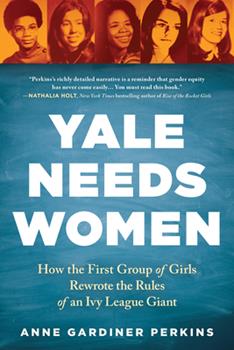 I have to admit as a Yalie myself (albeit from the less rarefied air of one of the graduate schools) I was eager to read about how Yale welcomed women scholars and … oh, right. It didn’t.

In the summer of 1969, from big cities to small towns, young women across the country sent in applications to Yale University for the first time. The Ivy League institution dedicated to graduating “one thousand male leaders” each year had finally decided to open its doors to the nation’s top female students. The landmark decision was a huge step forward for women’s equality in education.

The experience the first undergraduate women found when they stepped onto Yale’s imposing campus was not the same one their male peers enjoyed. Isolated from one another, singled out as oddities and sexual objects, and barred from many of the privileges an elite education was supposed to offer, many of the first girls found themselves immersed in an overwhelmingly male culture they were unprepared to face. 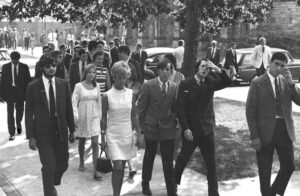 Criticized for its “narrow” view of women in academia through the lens of only one school (I don’t think it’s too narrow—this is a case study, in a sense, not a guide), this well-researched book is lively and engaging… and more than a little scary.

I was at Yale in 1982-84, and while most of the most grievous of growing pains of women’s admission were over by then, it still wasn’t a cakewalk; one professor routinely called me “young lady.” But reading this, I realize how easy others had made things for me.

Imagine the daily struggle. Male faculty held luncheon office hours at Mory’s, which women were not allowed to attend. The fledgling field hockey team had to borrow uniforms from Southern CT State College so as not to show up against Princeton in t-shirts and denim shorts. Splitting women across the campus kept them as tiny percentages of the population in their classes and residential colleges. Oh, and then there’s the sexual harassment, even if had not yet been named as such. And rape. Mostly, there was Kingman Brewster’s administration, determined to remain an institution that produced “a thousand leaders of men” every year, and thus could not admit more women. Brewster, who had done so much good for Yale, comes off shockingly badly in his mishandling of coeducation. 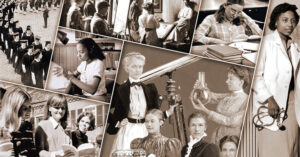 I do recommend this book, if for no other reason than to help us understand how important the #metoo movement, and the many, many feminist movements that preceded it, have left their marks on our culture. We still have a very long way to go toward gender equality, but understanding where we came from and how brave and heroic were some of that moment’s frontline workers—i.e., women scholars—is an essential step in attaining the kind of parity that is our due.