Off With Their Heads! The Revolutionists at the Wellfleet Harbor Actors Theater 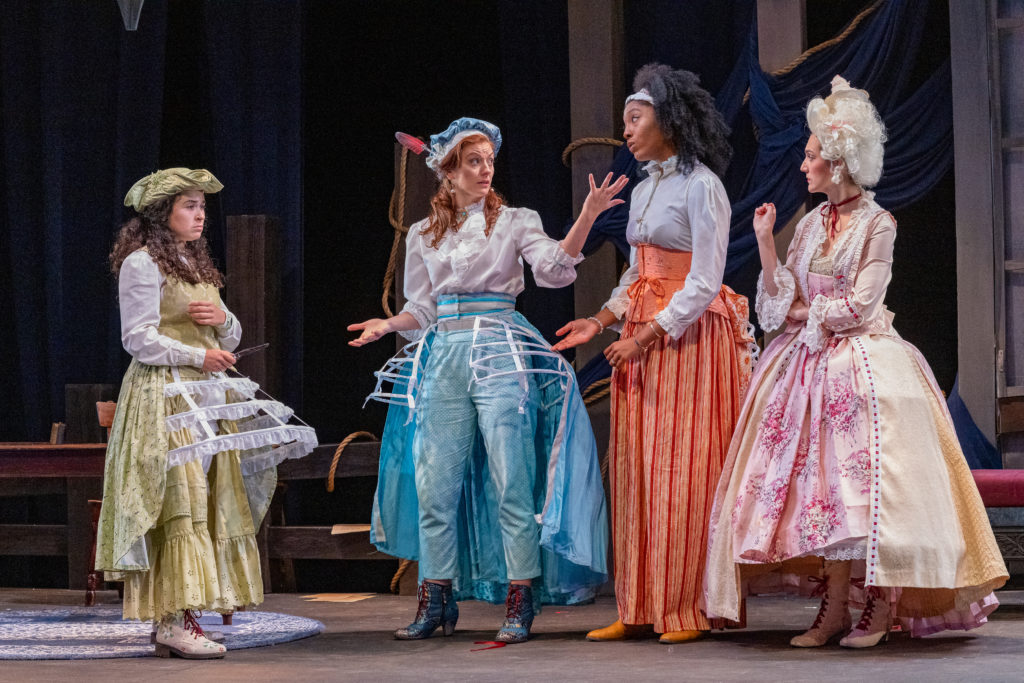 It is a sad fact that history is always written by the winners, and for many centuries that has meant it’s written by men. The frustrations women feel when they realize their stories aren’t being told, remembered, and celebrated come to the fore in The Revolutionists, in which three real historical personas—and one composite—not only figure out their roles in shaping the future, but also in how (or even if) they will be remembered.

A little history to start: this is France’s reign of terror, a truly brutal bloodbath. It might be useful for potential audiences to do a quick Google or Wikipedia search on the state of play before going, as Americans may find themselves confused. A little knowledge of both the French Revolution and the Haitian Revolution would be helpful.

Three women—a playwright, a freedom fighter, and a soon-to-be assassin—joined by the soon-to-be-executed queen, are feeling left behind by the revolution. Before they attend their own executions, they decide to write a play about women’s rights, which they struggle to finish before stepping up to the guillotine. “What is your life about?” demands one of them. “That matters!”

Olympe de Gouges (Christina Leidel) is a playwright deciding on a message for her last work when her impassioned friend Marianne Angelle (Andrea Bellamore), a Haitian revolutionary, proposes she eschew fiction for political pamphlets and make a real mark on the tumultuous times. The intense Charlotte Corday (Hannah Hakim) joins them, intent on assassinating Jacobin journalist Jean-Paul Marat; the recently deposed queen, Marie Antoinette (Paige O’Conner), has some concerns about how she is going to be remembered after she goes. “I have precious little time,” she notes, “to force history to like me.”

The shadow of the guillotine looms over all of them—both literally and figuratively—and there is a real sense that each one knows she’s going to die and wants a hand in how she’ll be remembered. That sense of being close to death gives both a depth and an edge to the women’s conversations and plans. 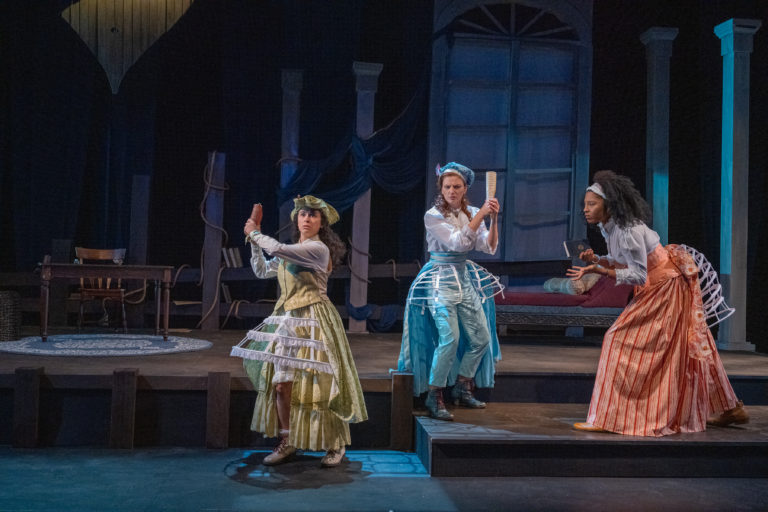 At the same time, the first half of the show is played as comedy (“What the hell is this revolution about?” asks one character. “World-changing should be easier!”), and it does get the laughs, as does Corday when she’s asked why she plans to murder Marat, “because he’s awful—or have you missed the last few beheadings?” She’d love to stay and take part in their “meaningful connection and minor revisionism,” but then realizes the hour is late. “Oh, crap,” she says. “I have to go kill a guy.”

It’s really in the second half that we begin to care more deeply about them and their fate, and to think more seriously about the role of women in any world-changing time. “We’re all in a play that someone else is writing” is not a sentiment confined to these revolutionary feminists, and nor is their sad conclusion that “this revolution may not be for us after all.”

The acting is top-notch, with all four actors deeply inhabiting and sharing great depth of a distinctive persona. Hakim is especially delightful in her role as the knife-wielding Corday: her energy level is so high sparks seem to fly off her. But they are all excellent.

(My quibbles are not with WHAT, but rather with the playwright. Unlike Americans, French people do not have a passion for shortening names, and it is inconceivable that anyone on France, then or now, would refer to someone named “Marie-Antoinette” as simply “Marie.” That struck a jarring note for me as it will for anyone who understands French culture. Want to show closeness? Do it through words and actions, not through culturally based familiarity.)

On the other hand, the directing absolutely deserves praise for its energy: this play moves fast, with rapid-fire exchanges between and among the women, a definite sense of uncovering what is truly important in the face of death. The need for our stories to survive us is highlighted just enough—in another director’s hands, it could have been a little too moralistic, a little too heavy-handed, but director Megan Nussle is brilliant in keeping the play just this side of pathos. I was less inspired by the costumes, which felt they were trying a little too hard, but it’s a minor hiccup in an otherwise impeccable production.

It is, unfortunately, a tale for our own time as well. “All the sane people are leaving,” laments one of the women, and another responds, “That’s how they win.” Trapped as we find ourselves in a country where sanity seems to be at best threatened and at worst on the decline, we might learn something from those who stubbornly refused to let someone else tell their stories. 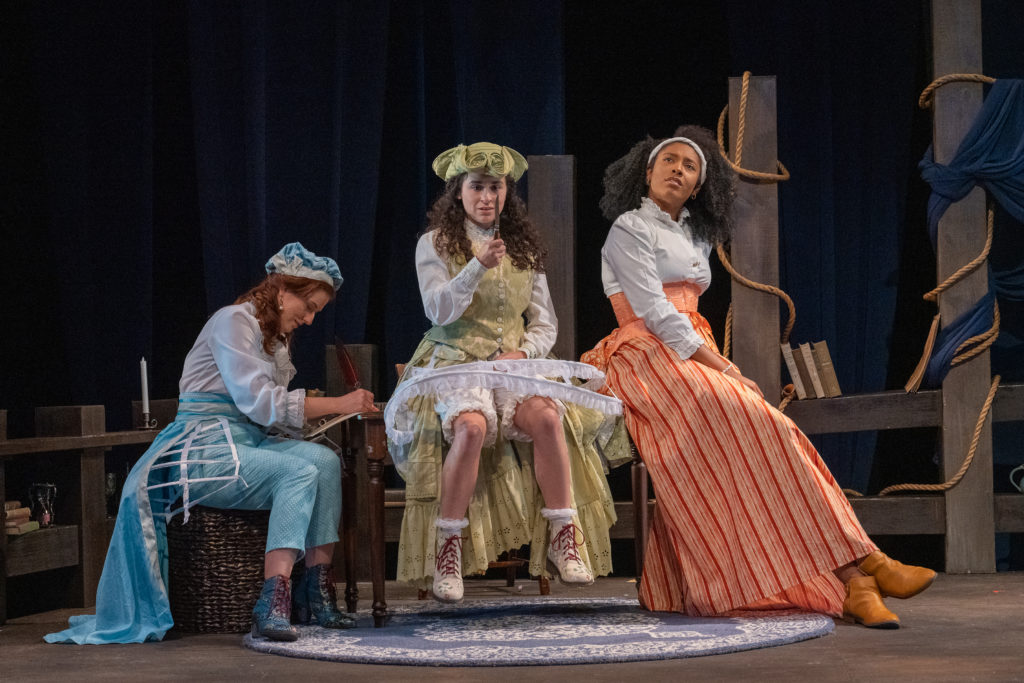