So what’s up with the Schooner Hindu?

The Schooner Hindu, one of the longest-running charter boats on the East Coast, has called Ptown her home port since 1947. After a long and occasionally dangerous life (that included sailing to India to collect spices and locating German U-boats off the New England coast during World War Two), on July 10, 2020, the Hindu and her crew survived a bizarre maritime accident in Long Island Sound. The 95-year-old William Hand-designed schooner was heading from Florida to the Cape when it hit a submerged boat and immediately began taking on water. (The owners learned that someone had drilled holes in the submerged vessel in an apparent attempt to collect insurance. The boat’s fuel and water tanks had kept it near the surface.)

Hindu made it to Provincetown and was hauled out. With too much damage to run summer charters, it headed for Maine for a rebuild, an ambitious project that’s seen some financial hiccups. An application to Provincetown’s Community Preservation Committee for $100,000 funding was turned down in February, citing the vessel’s ownership by a for-profit company, a lack of historic designation by a recognized agency, and the fact of it being movable. A GoFundMe page has been set up for help, and $50,000 has been raised, though it’s still far from what’s needed to complete the rebuild.

Hindu started life as Princess Pat in 1925, though it frequently changed names and owners. It participated in the 1930 Newport-Bermuda race, and in the late ‘30s was rechristened Hindu when it served a short stint in the spice trade between Boston and India. During World War II, Hindu joined the Corsair Fleet. (Also known as the “Hooligan Navy,” the fleet was made up of privately owned vessels and volunteer crews. Hindu was converted into a U-boat hunter and encountered some enemy subs!) 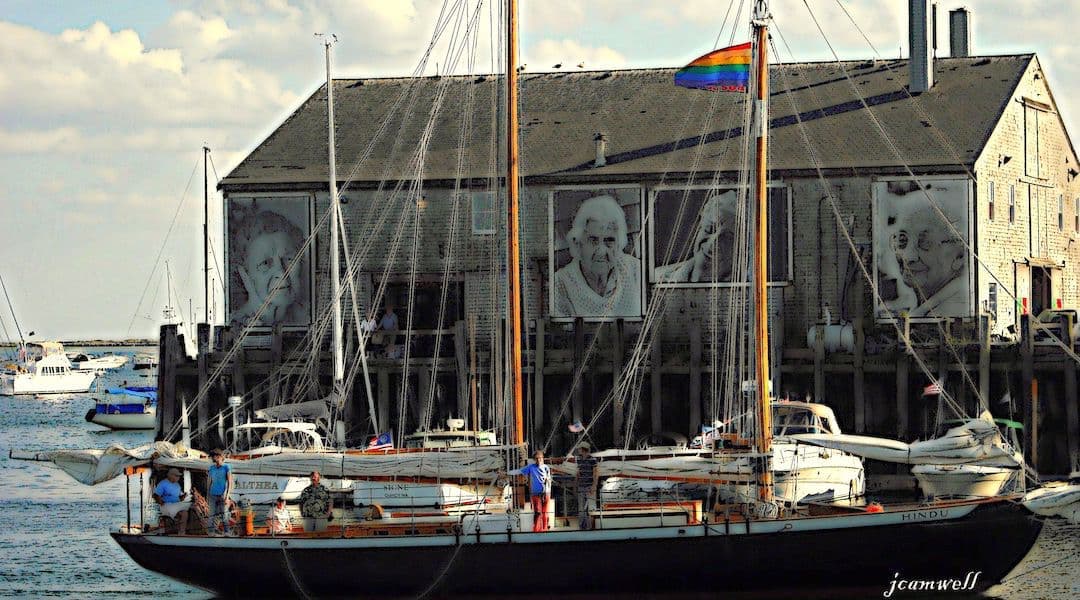 It’s after the war that the schooner came “home” to Provincetown. That’s when Al Avellar bought it—and kept it for over three decades—to take people out fishing and on day sails; it was on the Hindu that Avellar started the East Coast’s first-ever whale watch.

“We continue to pour our hearts and souls into the Schooner Hindu because we believe in her spirit, and the magic she brings with her from this century and the last,” say the owners, William and Josh Rowan. “We believe she is worthy of any and all acts of preservation, and would be honored if you’d join us in the quest to keep her sailing through these Covid times and beyond to the good times that have yet to come.”

Want to see the Schooner Hindu back at MacMillan? Take a moment to help support the rebuild, so next summer we can all enjoy a sunset sail again.