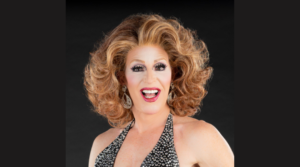 A cross between Ann-Margret, Liza Minnelli, and Don Rickels, Randy takes the audience on a trip from the showrooms of Vegas to the soundstage of Hollywood right on to the Great White Way of Broadway. On the way, he’ll drag out (pun intended) Joan Rivers, Cher, and that fiery red head him/herself Randy Roberts. Do not miss this legendary entertainer’s return to town in this live vocals, all sequin and milestone extravaganza that is “Randy Roberts: One Of The Girls!(who’s one of the boys!)