It’s been a doctor’s office, an antique store, and an art gallery, but most people associate the building at 198 Commercial Street with The Ranch, a male-only inn that Out Traveler called “an almost corny bunkhouse geared toward the leather/Levi crowd but welcoming all men who will appreciate its down-home, rustic flavor.”

The building has returned to its use as a lodging, but with a cool retro vibe hearkening back to the early 20th century. Purchased by Stuart Jackson in the winter of 2020 at the height of the early pandemic lockdown, it’s been transformed to give, in Jackson’s words, “that old queer boardinghouse feel,” and is now known as the Crew’s Quarters. 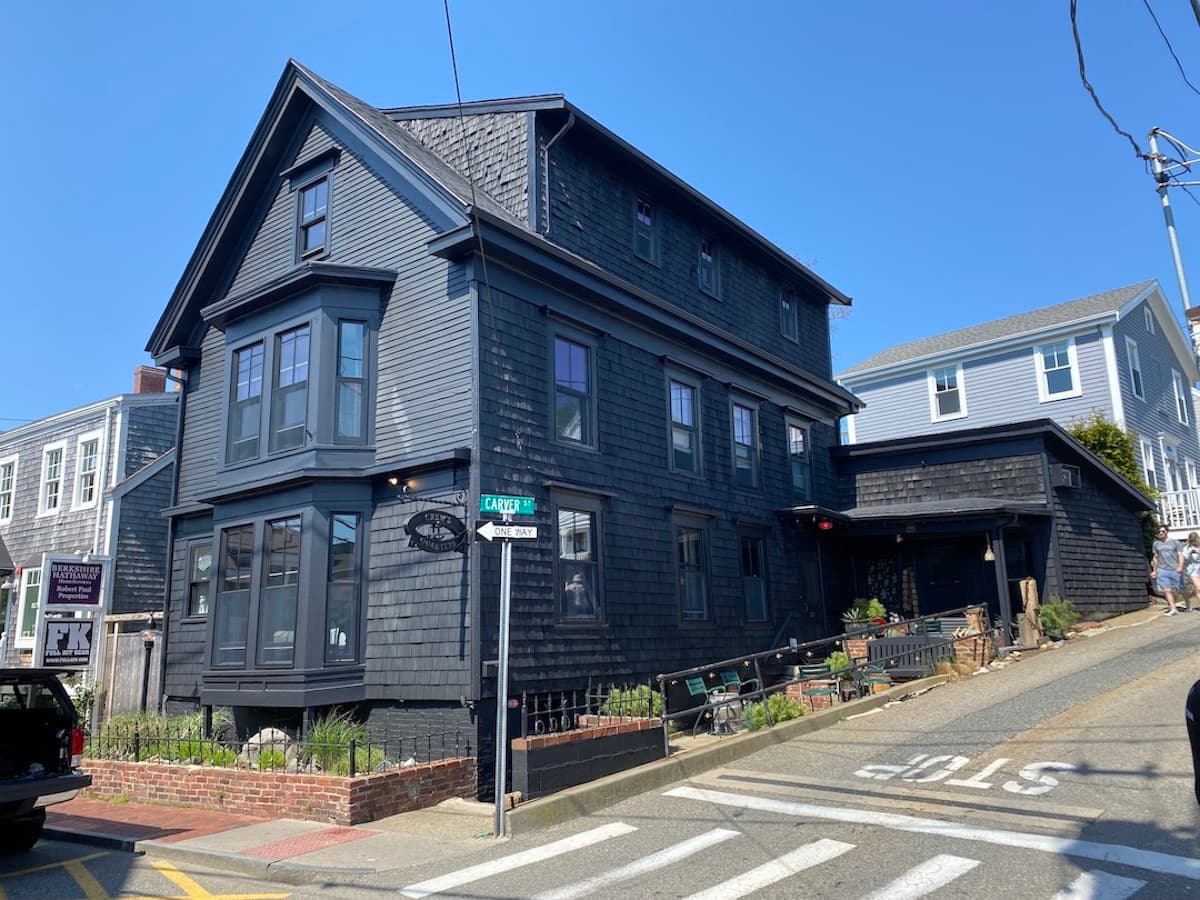 Maintaining that queer-owned and queer-operated approach was important to Jackson, who is paying homage to Provincetown as a centuries-long gay and artistic community and who acknowledged that the property “has been queer-owned for over 60 years, and I wanted to maintain that same vibe and guest friendliness.”

Stuart wanted to be true to the old Ranch in a variety of different ways. “I want it to be a place for salty seamen to unwind in their bad-boy tavern at the end of the jetty,” he says. “I wanted to bring a vintage speakeasy-style queer guesthouse into being. You truly step back in time when you enter Crew’s Quarters Boarding House! But we also really highlight our history, featuring our queer brothers in artwork throughout the hotel, to pay homage to them, to respect the fights they fought and difficulties they overcame to provide the liberties, freedoms, and acceptance we enjoy as a community today.” 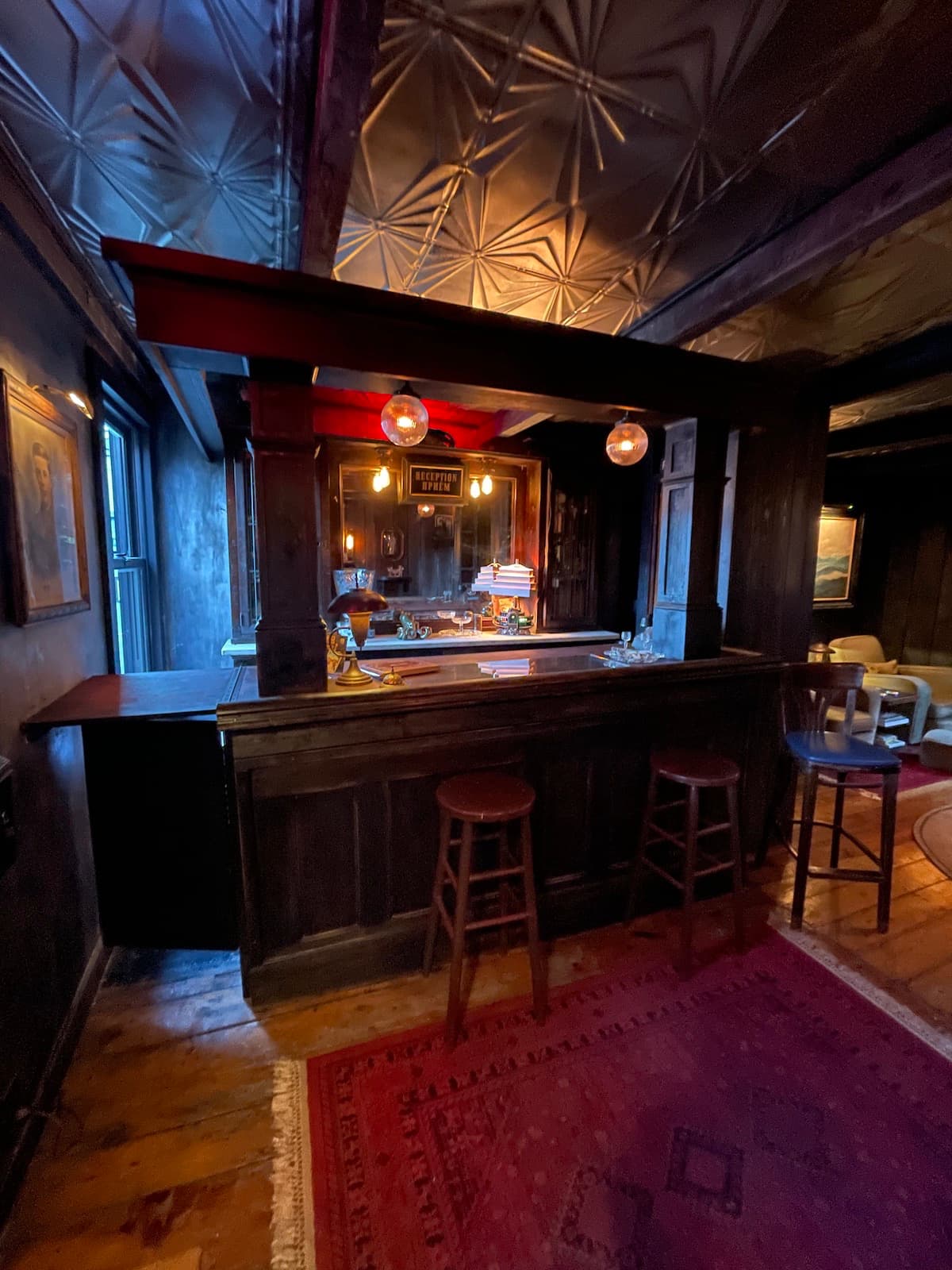 Each room harkens back to a sultry time of analog, pre-app meetings between men, a time for which some may experience nostalgia. Thought and care have gone into the authentic, vintage touches throughout the building; in fact, Jackson re-used materials as much as possible throughout. “We restored the building by being true to the old Ranch,” he says. “One new amenity is a vintage guest bar where thirsty sailors’ whistles are wetted. Our guests, and their guests, can hang at the bar and sample a cocktail named after an array of gay smut pulp novels including a Bar Buddies and a Leather Sucker.”

One of the more visible changes to the property is the exterior color; in the Ranch days it was a mustard-yellow; these days, it’s Statement Black, which some have found slightly creepy. That’s just fine with Jackson. “People say it looks like the Addams Family house,” he says. “Perfect! Don’t bad boys always wear black?” 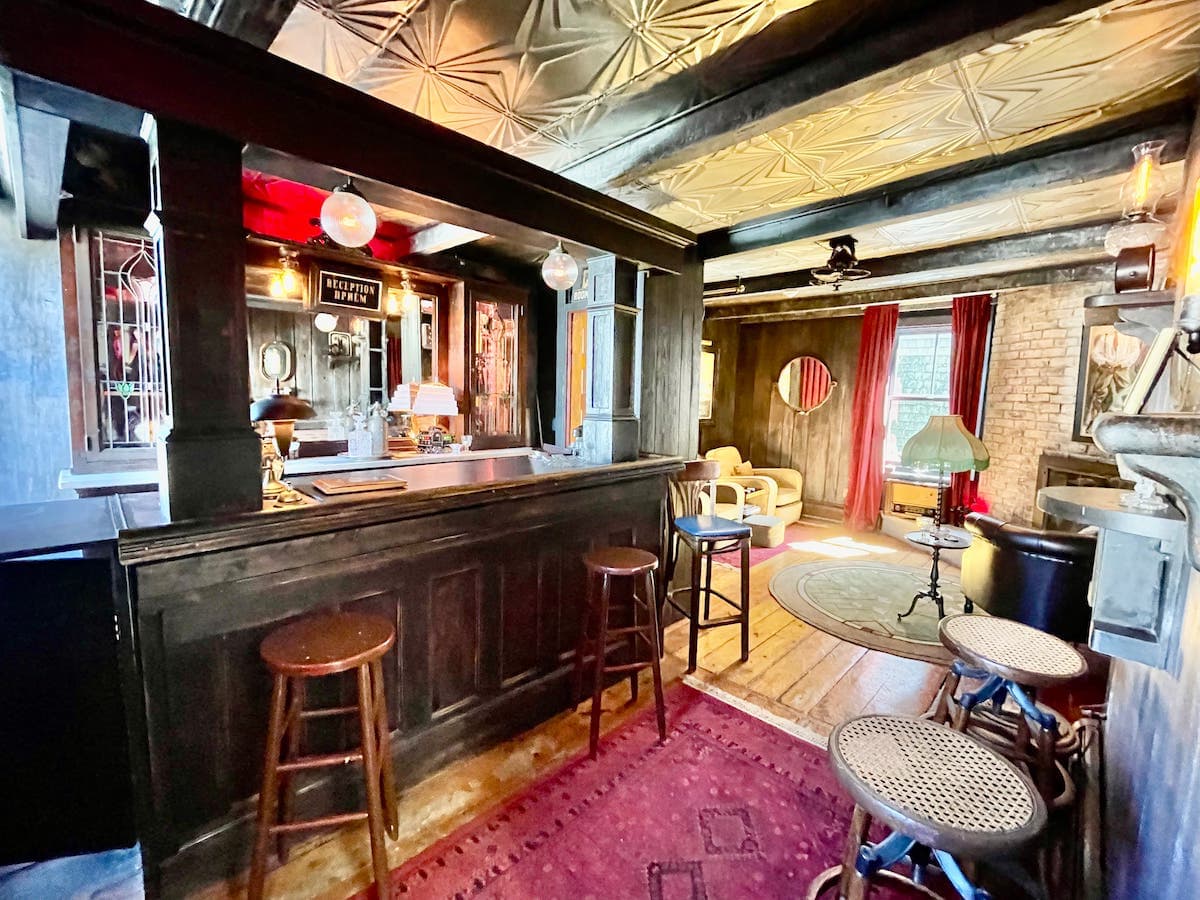 While Crew’s Quarters opened its doors in 2021, significant updates have been made since then, including impressive bathroom redesigns that conjure up images of a 1920’s YMCA. New windows throughout the property provide sweeping views of Commercial Street.

Each space is specially curated to offer a “guest experience” taken from an early 20th-century male boardinghouse, with its tight passages and communal bathrooms. Eighteen rooms with shared bathrooms and six single bunk rooms (ideal, perhaps, for the super-sexy lone gay traveler) offer interesting and eclectic choices for guests.

But it’s not just about the building itself; Crew’s Quarters builds on a tradition connecting the property with the community. Al Stilton, owner of The Ranch, is credited along with two other guesthouse owners with founding and supporting Carnival, and Jackson is eager to follow up on that. “We’ll be hosting Provincetown’s inaugural Art Gayzel queer art fair, presented by Alex Guerra from The Gaythering Hotel in Miami,” he says. 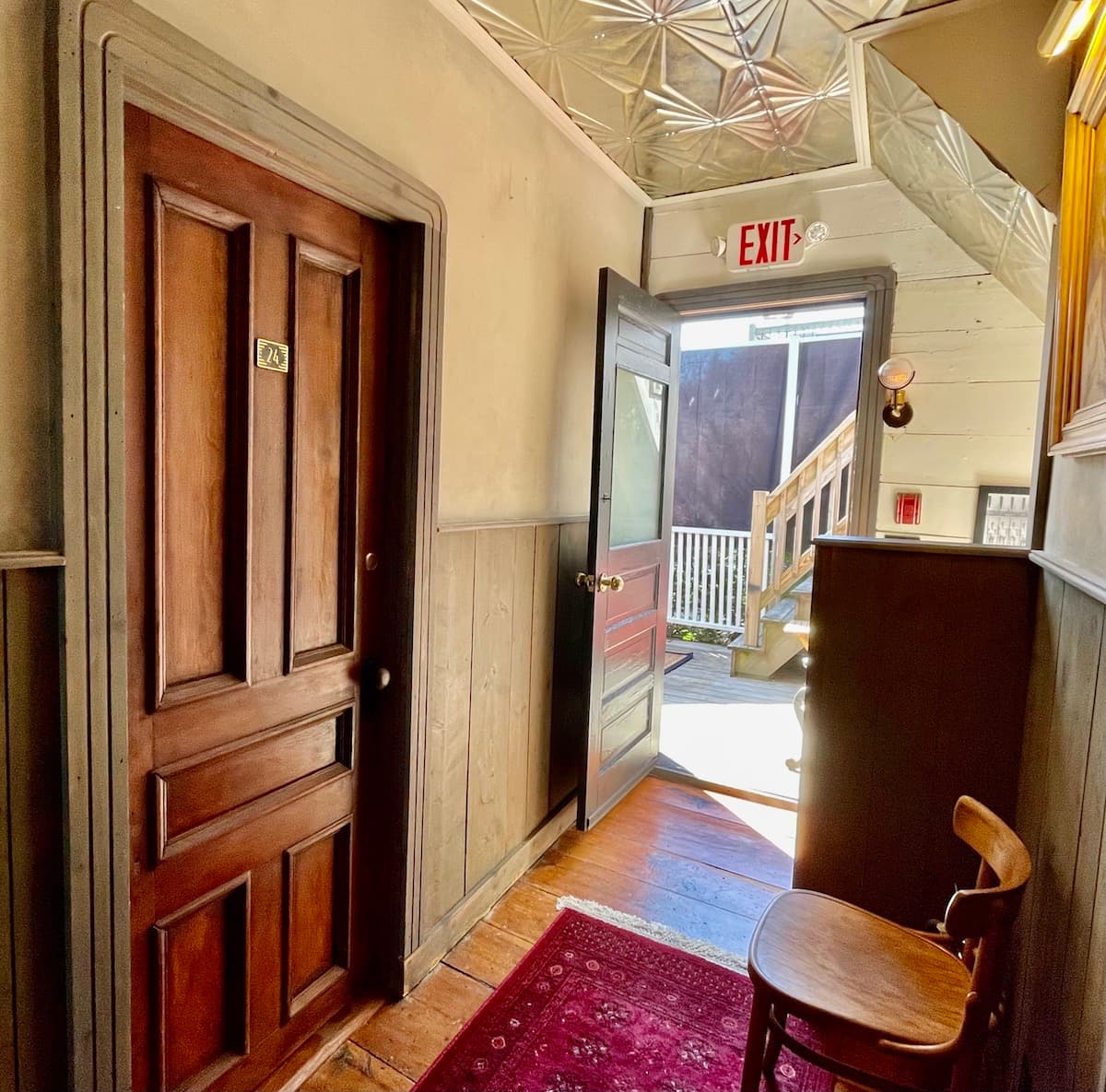 It’s fair to say that many traditions continue at 198 Commercial Street—upgraded but celebrating the same spirit the site has brought to the town, in all its various incarnations, since the late 1800s.

The Crew’s Quarters Boarding House operates primarily from spring through fall, with openings for special weekends in the winter. Check out www.crewsquartersptown.com for more information.